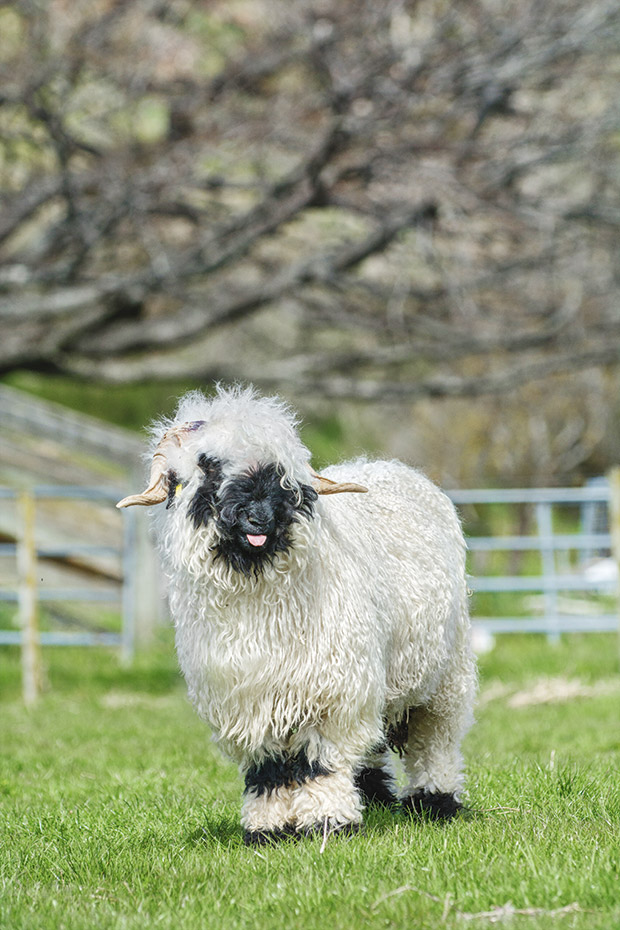 When it comes to looking stylish, it turns out Valais sheep use the same conditioner as other supermodels.

Stratheden Abraham – Abe to his family – got a special bath the day before his starring role as the cover boy of NZ Lifestyle Block in 2019. Big bath days are a tradition for Valais Blacknose sheep in Switzerland.

Each year, villagers bring their sheep in from the mountains for judging. Owners go through containers of liquid laundry detergent and hours of work per animal to get them looking perfect.

Sally and Lindsay Strathdee, of Valais Blacknose Breeders NZ, spent a day washing sheep in Scotland. “It’s definitely a process,” says Sally. “You wet the forelock and the legs with dishwashing detergent and stand them in buckets of detergent to loosen all the knots and rubbish on their legs.

“Then you use a plastic hairbrush with stiff bristles and you brush and brush and use your fingers to tease it all out. Then you do the same to the forelock.

“They’re quite often really matted, full of seeds and hay and goodness-knows-what. What you’ve got to try not to do is cut the wool – you want them to have that really shaggy look.” 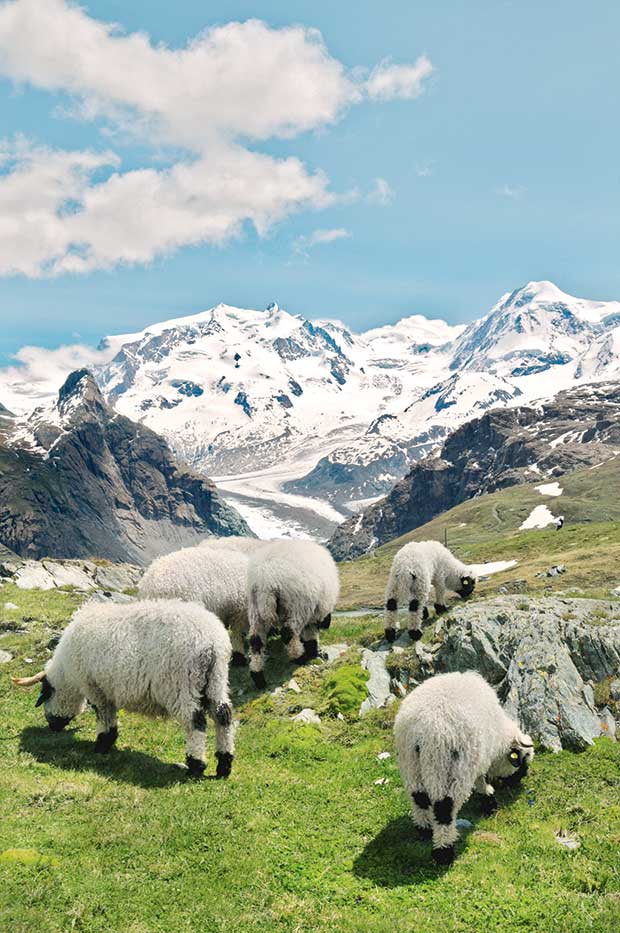 Valais sheep are natives of Switzerland, living high in the alps.

It can be tiring work, says Lindsay. “One damn sheep had been running around in the heather. We had four people working on it, and it was an hour a leg.”

Once they’re washed, there is strategic use of Pantene conditioner. “You only put that in the forelock and their leg wool, not on the body (wool),” says Sally. “I think because you want it to look fluffy, whereas on the body you want it to hang in its natural locks.”

Sheep are then left in a clean area to dry out. “You don’t blow dry them, because you don’t want them looking like poodles.”

Abe had no training for his big day, but took to bath time like a pro. “That was only the second time he’s had a halter on,” says Sally. “He just stood there for about an hour and a half while we soaked and scrubbed and teased and brushed him. He had my granddaughter running around him, she’s two, and he took it all in, enjoyed it, and we put him in the trailer to dry him.”

Abe is lucky to be here. He only just made it after being born on a cold, rainy day.