A Taranaki gardener has found there are some growing opportunities in the $1.5 billion pet health business.

In 2011, the New Zealand Companion Animal Council reported that Kiwis spend $766.2 million every year on dog and cat food.

But that’s only half the estimated total we fork out yearly on our furry companions. We spend another $358.1 million on veterinary services, $204.3 million on other pet care services, and $255.3 million on pet care products.

Those totals don’t include bunnies, guinea pigs, fish and birds.

Holistic therapist Anne Stuart-Menteath is working to tap into this ever-expanding market. She’s using her vast knowledge and experience to grow herbs to make animal healing remedies, and she’s doing it organically.

“I grew medicinal herbs commercially for 15 years on a biodynamically-run small farm in Horsham Downs, on the north side of Hamilton, while I homeschooled my four children and ran a natural health clinic,” says Anne.

“There was nothing there when we moved into the hay barn, and the land had not been cared for. It was an ideal property though, as it had not had a lot of chemical contamination from fertilisers, sprays or stock drenches. 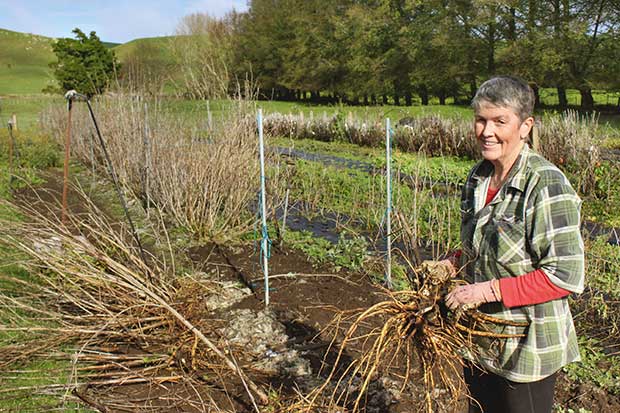 “The downside was that there was little fertility, only about 5cm of topsoil, no worm activity, no birds and lots of pests.”

“It took about three years to have the balance back, birds to control pests, worms, and the soil microbiome increasing the available nutrients for the plants and animals.”

Anne grew about 50 different species of herbs and sent most of her supply to two clients who made organic preparations for sale in New Zealand and overseas. She was told the quality of her material – mostly dried – was the best they could buy anywhere in the world.

But it all ended when authorities decided to put a motorway through her block. “We fought the proposal for six years before finally giving in. If they had not purchased the property there would have been a motorway running along the boundary less than 30m away, no place to grow medicines for human healing with all the contaminants from vehicles affecting the plants. Let alone the stress that it would – and already was – causing in our lives.”

Anne eventually moved back into town, but partying by neighbours drove her out again. She bought a campervan and went on the road, taking part in lifestyle expos, home and garden shows and spiritual fairs.

She worked with flower essences, wholefood nutritional supplements, aromatherapy oils, and other alternative health techniques. But the land was calling her.

“Wwoofers had been a mainstay on my farm so I became one and helped friends and family on their properties too.”

Then she met met up with a friend from her early days in the Biodynamic Association. “He had been to my farm but I had never visited his. As a biodynamic farmer and herbalist, he invited me to come and grow herbs for him with a view to making animal remedies and herbal preparations to help the healing of the soil.

“Here I still am, three years on, and we grow about 15 different species of herbs.”

The biggest challenge they have faced is attempting to get organic certification for their animal remedies. Anne says they were encouraged by the certifying body, but after hours of work jumping through hoops, they gave up.

“Some of the herbs required to make an effective remedy are not able to be grown here and would have to be imported. Every item in every product has to be certified to US standards because of the export markets our clients are involved in. 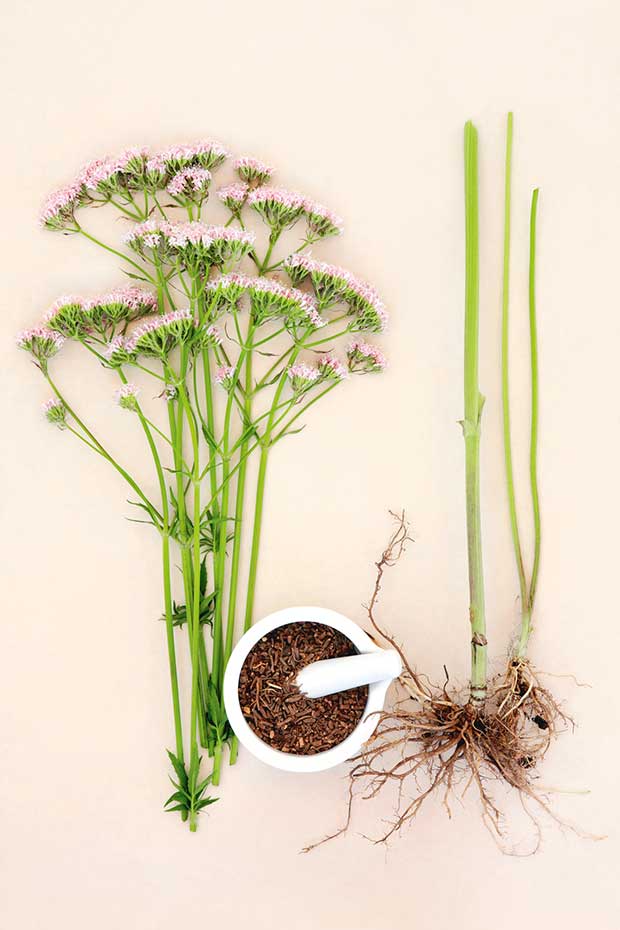 “The rules have changed so much since I was gardening. We can no longer import some of the seeds we want to grow. I find myself wishing I’d kept stock plants somewhere. We want to grow organic meadowsweet, globe artichoke and blue flag iris next season, about 40 square metres of each, but have not found a viable source yet.”

Economically, it is not possible to buy all the equipment they require until they have an income to cover it. There is no greenhouse, and they are borrowing farming equipment like rotary hoes. 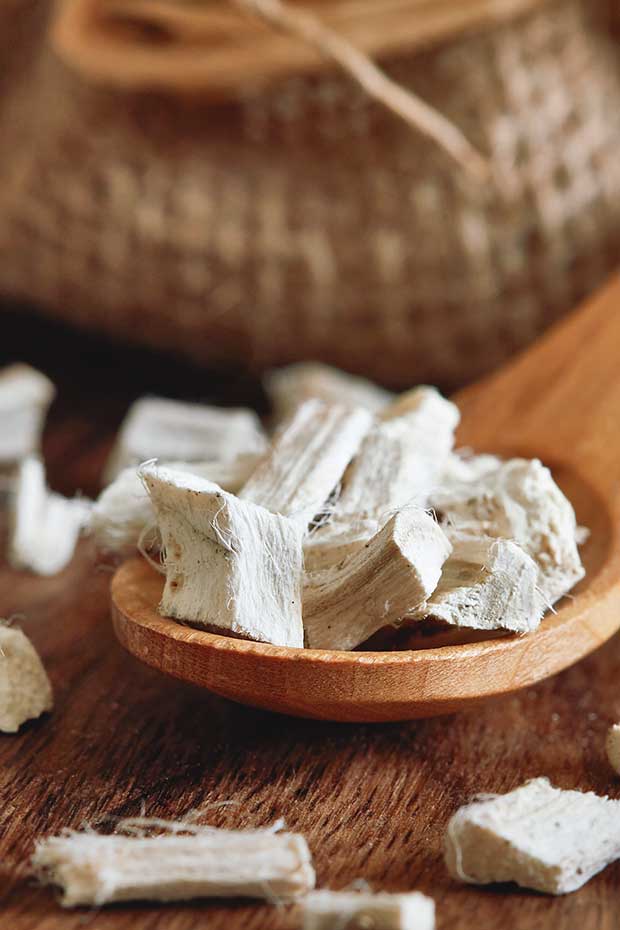 Their work is also labour-intensive. All their crops need to be hand-harvested and hand-washed. Anne says she has learned a few tricks to make life easier.

“I had weed mats with holes at 20cm centres which we laid, so that has reduced the weeding considerably.

“Some of the herbs are very tall and because of the strong winds here, we’ve had to run support fence lines to hold them up.

“The chamomile not only needed support fences but also nets to grow through. It was back-breaking work, bending to harvest the flowers that were ready several times over the season, but now they stand up, it’s much easier and quicker.”

Mechanical harvesting is not an option as it can damage or bruise plants, lowering the quality. It does mean putting in more time, but it’s starting to pay off, says Anne.
“We are now using our own chamomile, to help both the animals and the soil life.” Soil microorganisms carry out many important processes, including support for plant growth and cycling of carbon and other nutrients. Past agricultural practices, like artificial fertilisers, herbicides, pesticides and chemical drenches, have damaged their property’s soil microbiome, says Anne.

“And now we have even more damage ravaging the soil microbiome – and ours – with GMOs. Without soil microbes such as bacteria and fungi – and it’s the same in our own gut – nothing can happen. Ninety per cent of who we are, our DNA, is our gut microbiome, living symbiotically with us, helping to produce many of the nutrients and chemical reactions in our bodies.

“It’s the same in the soil. A healthy microbiome means a healthy soil, a healthy plant and a healthy animal or human.”

Anne grows marshmallow and harvests the root to make a product that helps to sooth the lining of the gut and the urinary tract. Valerian is another soothing herb, says Anne. 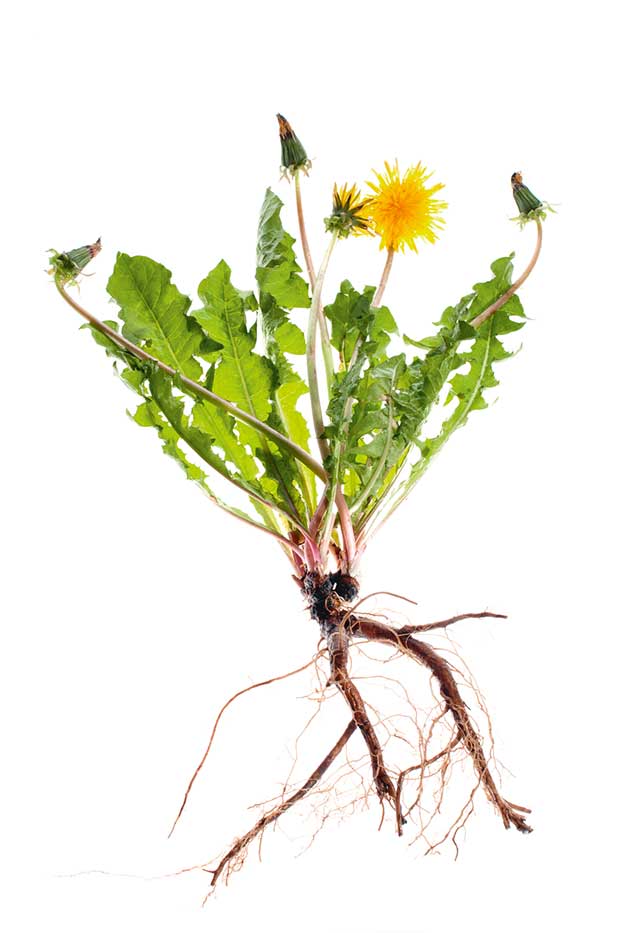 Dandelion root is easier to harvest when deliberately cultivated.

“It takes out the spasms in the gut caused by reactions to acid soils and chemical toxins so it can heal. And the flower is great for healing the soil.

“The only challenge here is with harvesting and cleaning the roots. They are very fine and form a dense mat which has to be teased apart before you can even begin to wash it.”

She cultivates dandelion. If you’ve ever tried to dig out a dandelion root, you’ll know it’s hard work. Cultivating it makes it easier to harvest the roots in its second year.
“This is a very valuable herb to help with detoxification of the soil, the liver of the animal, and ours. We can’t avoid toxins – they’re in our water, air, food, and even in the biochemistry within our bodies – so it makes sense to support the liver in any way we can.”

Dandelion, valerian, marshmallow and chamomile are all an important part of the biodynamic way of farming, says Anne.

“They heal the soil and make nutrients more available. We use them in our fertilising regime.”

Anne grows many other herbs and works with the animals in their care, including dogs, sheep, goats, a small Hereford herd, and dairy heifers for organic farmers.

It will be at least a year, and possibly as long as three years, before they have commercial quantities of herbs ready.

“We don’t have enough herbs for our animal remedies for much more than our own needs at the moment,” says Anne.

In the meantime, she is focusing on building up stocks of herbs. She’s excited about the future.

“There have been many challenges in producing the herbs required and getting the quality, but they are now far more potent and effective than anything that my friend has grown in the past.”

Want to get into the pet business? There are many ways you can utilise your block, including:

How to get in touch with Anne:
Anne offers products and consulting for herb growers and will soon be running herb-growing workshops.
anne.s-m@xtra.co.nz