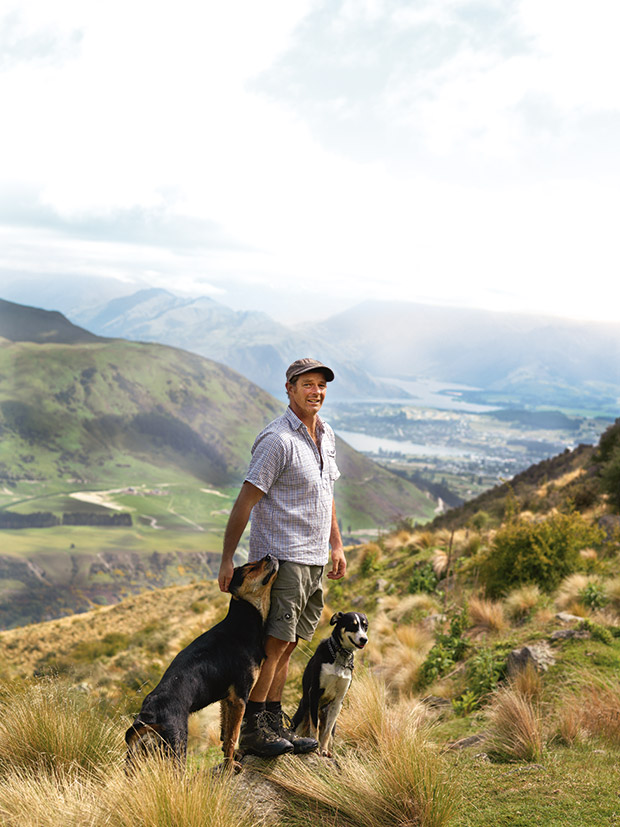 The Cardrona Valley with Lake Wanaka in the background is a typical merino environment says Ben Gordon, seen here with Munter and Slick.

Slow-cooked merino lamb, that prized Central Otago delicacy, owes much of its popularity to a high-country farmer’s love of his land.

This story was originally published in the March/April 2012 issue of NZ Life & Leisure.

Driving through the Cardrona Valley is like navigating the folds of a carelessly thrown pashmina. Seen from the road, the muscular slopes appear smooth, soft and strokable, but zoom in on the tops and Otago’s high country reveals its true nature. It’s a land of tussock and schist, thorns, alpine herbs, rose-hips and scratchings of grass in between.

It’s merino country: hard to farm and wild at heart but as a landscape it’s magnificent.

Standing at the top of Avalon Station, looking down the valley to Lake Wanaka with the Pisa Range at your back and Treble Cone in the distance, it’s easy to see why Ben Gordon has worked so hard to hold onto his family’s high-country station. His father bought the land 35 years ago as a summer run for the family’s more productive farm on the Wanaka flats. That property has since been sold, leaving the next generation with the 3500-hectare Cardrona run. 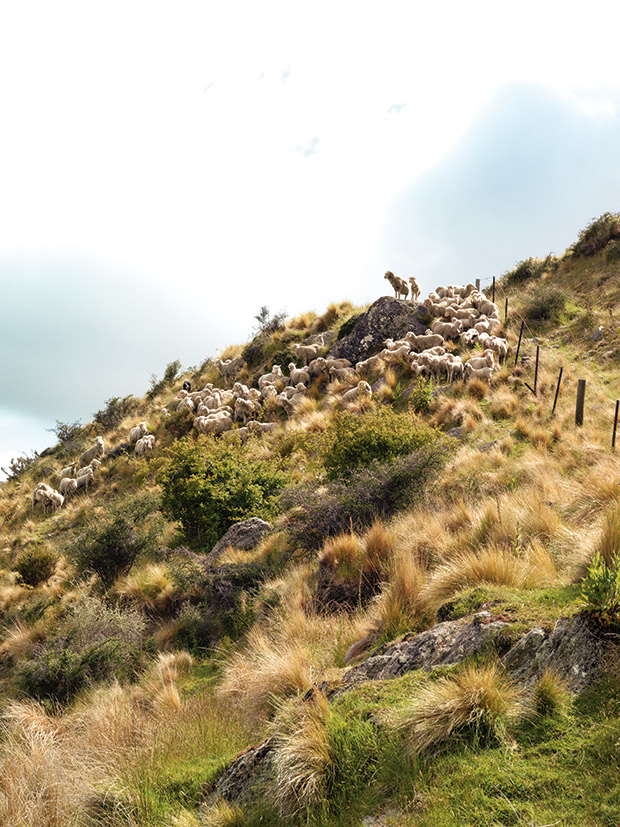 The Gordons’ mob of hardy, fine-fleeced sheep graze one to an acre and produce a quality clip that used to support the family business. Not any more. When Ben took over the farm, wool prices had been depressed for some time and he was forced to rethink his future. If living off the sheep’s back was no longer an option, he would see what could be done with the shoulder, the rump and all the cuts in between.

Today, seven years on, he’s changed the way we think of merino. His lamb is sought after by chefs and the Cardrona Merino slow-roasted lamb shoulder is a recognized specialty of Central Otago.

That’s quite an achievement for a man who says it was “never a given” that he’d take over the farm. Despite being the only son and the end of a long line of farmers, he says his father did his best to discourage him. “He threw all the negatives at me: fickle markets, crazy environment, weeds and pests to deal with and not a lot of control over your income – all of that.” But when it came to making a decision, the 18-year-old rose to the challenge. 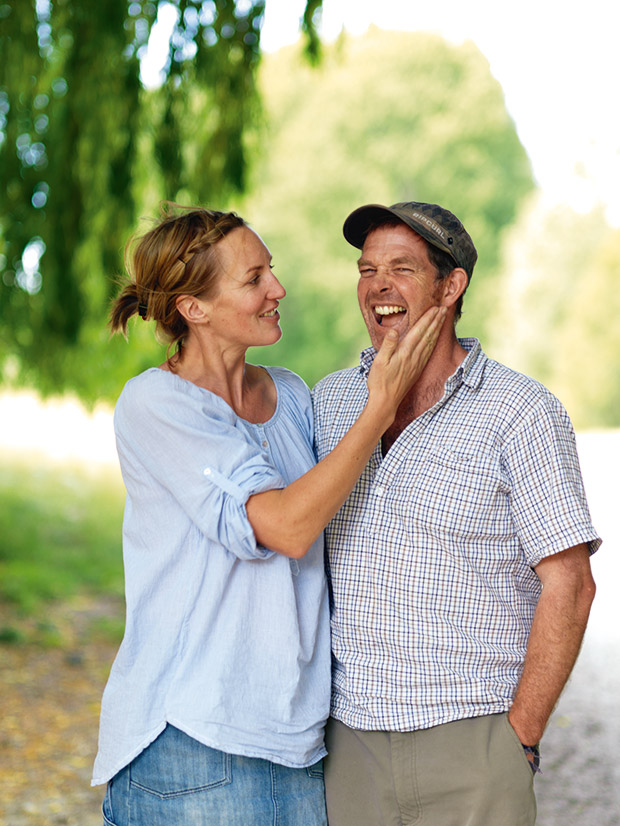 He prepared himself with a degree in farm management from Lincoln University and then confounded all expectations by heading out to sea. He spent a year working as a commercial fisherman on coastal and offshore boats but still he wasn’t settled.

“I had this love for the sea but I happened to grow up in Central Otago so, when I was fishing on the West Coast, I’d look up at the mountains and think, ‘Oh that’s cool; I’d like to be back there’. I was torn between the two.”

More stories you might like:
Q&A: Wool champion Polly McGuckin on sustainability, the future of wool and the woolly wallpaper of her childhood

Eventually the mountains drew him back and when his father retired he moved onto the station and into the homestead where he now lives with his Swedish wife Erika and their three young children, Morris, Fred and Elsa. 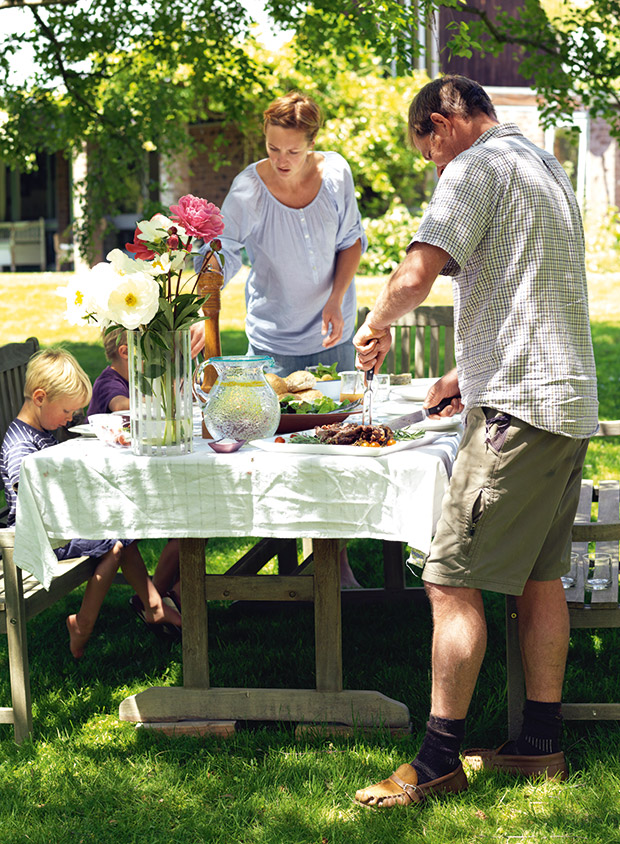 The idea for Cardrona Merino was born about the same time as his eldest son. Perhaps it was fatherhood that focused Ben’s mind but he knew he had to do something to secure his family’s future.

“I was thinking, ‘Crikey, how do we stay here? How can we continue to farm sheep when things just keep getting worse?’ Wool was fickle but lamb prices were dropping and dropping. We were getting $30 for a lamb straight off its mother and I knew that even if I fattened this lamb I might just get $55. It wasn’t worthwhile. And yet at the supermarket lamb wasn’t cheap; you’d pay $25 for a leg.”

And so he sat down with his friend Richard Poff and they came up with a plan based on the notion that Ben’s sweet-tasting merino was so much better than the lamb they could buy at the supermarket. Ben figured he could contract out the processing, cut out the meat company and market his cuts on his own behalf. It was Richard who suggested they take advantage of the regional Otago brand and they came up with Cardrona Merino: Mountain-bred Lamb. A cynic might think it a marketing gimmick. A lamb is a lamb and we’ve been eating merino forever, along with every other type of lamb that goes through the works. But merinos really are a bit different. Ben says his own family fattened Romneys on the Wanaka farm but they always picked out a high-country merino for their own table.

“The difference was like chalk and cheese. There’s so much more fat on a Romney; they’re big and bulky but the merino is lean and fine-grained so it’s a dense kind of meat and it’s darker.”

The difference is inherent in the breed but Ben says the feed and the environment also play a part. “Lambs that are raised on long grass in a little paddock will often just sit down and eat but these guys on the hills get a good mixed diet and a lot of exercise as well.”

The chefs Ben supplied in the early days shared his enthusiasm and gave him the feedback he needed to develop his product. In return he bent over backwards to keep their good custom. Morris (left) and Fred at home in the Avalon Station garden.

“It was quite stressful,” remembers Erika. “Chefs used to ring Ben on his cellphone at any time, especially after they finished work at midnight and found they needed more meat for the morning. Or they’d ring him when he was in the sheep yards so he’d be talking with them and at the same time yelling at the dogs to get in behind.”

At times Erika would drive to the meat-works in Invercargill with 10 sheep in the trailer. “One time we drove a whole carcass to Dunedin in the boot of the car, wrapped up in a sheet.”

“In general the system was pretty straightforward,” says Ben, “but there were little hiccups.” Not least because his friend Richard decided he preferred flying helicopters to dealing with chefs. He moved on and for a time Ben was running the show on his own.

“It was difficult because I was trying to run my farm as well as being a dad and a good husband. And it didn’t really work. I burned myself out and that’s when Rob came in.” Rob Ottrey was an old friend from university days who’d worked with Ben on the farm. He bought into the merino business three years ago because, as Ben puts it, “he could see the chaos I’d created for myself and he saw the opportunity to smooth it out”.

With Rob in charge of sales and marketing, Richard on hand for brainstorming sessions and Ben focused on raising the lambs, Cardrona Merino has built a solid reputation for its product and service. It’s not the only merino meat on the market but it is the recognized brand and that’s a huge achievement in an industry controlled by a handful of very big companies.

Back on the farm, Ben’s still dealing with the negatives – the rabbits, the weeds and the unpredictable weather – but he’s not discouraged. By stepping outside the industry system, he’s achieved a more stable price for his lamb and secured his farm for the future. It’s true that the current high prices are squeezing his premium but it’s also true that when prices fall – as they will – he won’t be nearly so badly affected.

“We may fluctuate a little but we won’t fall off the perch. We’re not at the mercy of the meat-works anymore. We have some control.”

HOW BEN AND ERIKA MET

Ben: “I was between fishing and farming jobs in New Zealand and didn’t have much going on in my world so through a contact I got a job working for a wealthy baron in Sweden. His farm was like a big estate and I made hay for his horses. Anyway, he thought I was working too hard so he asked a guy who lived on his estate if he could arrange for his sister to take “this silly Kiwi guy” out on the town. So we were set up.”

Erika: “My brother told me he’d promised I’d take this guy out: “He’s from New Zealand, just give him a call”. I was really nervous. I’d learned English at school but not very well so I had to write down exactly what I was going to say; I had a whole sheet of different suggestions.

More stories you might like:
How Waiheke artist Tanya Wolfkamp found a unique style with her colourful depictions of Aotearoa

I rang him up and we met at the railway station in Stockholm. But the funny thing was, Mum found that piece of paper and kept it. I didn’t even know she had it until we got married eight years later and she read it out at the wedding. ‘Hello, my name is Erika. Would you like to come out with me?’ I still have it somewhere.

“I remember my first impression of New Zealand. I came out to visit and Ben picked me up in Christchurch. We drove all the way to Wanaka and there was so much land with just nothing. We were driving and driving and then finally we got to Wanaka and Ben said, ‘Well, here we are!’ and I went, ‘Oh, my god, do people live here? In the middle of nowhere?’ I couldn’t believe it. It was such a contrast to where I’d come from. But I do love it here. The lifestyle is so much more relaxed.”

The good: “Mustering. It’s good exercise. You get to have a good look around and I love working with my dogs. They’re funny things: you love them and you hate them. They’re so loyal and they listen to you but they have their moods. Monday mornings they know you’re not with it and they’ll take the mickey.”

The bad: “Rabbits. It’s been the worst year for rabbits. Down in the valley, in the creek paddock, there’d be 100 rabbits per acre.”

And the ugly: “Foot-rot. Dealing with foot-rot – it’s like toe jam, all day long.”

Avalon Station breeds and finishes both pure and crossbred merino lambs. The cross is sometimes called a black-faced merino on account of the colouring it inherits from the Suffolk ram. Ben introduced it to satisfy his chef customers who wanted a merino lamb with more meat on the bone and a little more fat on the prime cuts. “The Suffolk is a meat sheep and it’s fine-grained like the merino but it also has some fat on it which is ideal because it gives the chefs a little bit more to deal with.” It also packs on the muscle more quickly than the slow-growing pure-bred which means Ben can start processing earlier and continue for longer.

We believe our lamb tastes so good it doesn’t need spices or other flavourings, just sea salt, ground black pepper and maybe some freshly chopped rosemary.

Season both sides, place in a roasting dish and give it 10 minutes at 220°C then reduce heat to 140°C and cook slowly for at least 2 hours. Remove from oven and rest for 20 minutes before serving.

We love the shoulder cut because you get all those crunchy bits on the edges as well as the succulent gooey meat from the middle. And it goes really well with sautéed garlic potatoes.