Premature livestock of all kinds often have a dome-shaped head, floppy ears, and a silky (not woolly) coat.

A case study of Davie, the premature lamb.

There are many lessons to be learnt from this premature lamb who weighed the same as a guinea pig when he was born, and then lost his mother.

Davie’s mother was carrying triplets. She was ravenously hungry in the third trimester of pregnancy, but there wasn’t enough pasture to meet her high energy requirements. Sheep rarely browse on trees and shrubs, as they prefer grazing pasture, but in her hungry state, she ate a toxic plant.

It caused her to abort her lambs, and not long after, it killed her too. Somehow, Davie – weighing just 890g, or about the same as an adult guinea pig – was born alive, but the odds were against him.

Sheep are usually pregnant for around 142 days, give or take a week or so. A lamb born up to 10 days early will be small, but its body can function. However, Davie was 21 days early and would need intensive care to survive.

Appearance: Premature lambs, kids, and cria have a characteristic look. Davie had a silky (not woolly) coat and floppy ears, a very low birth weight, and poor muscle development.

Lung development: Davie had low blood oxygen levels due to his struggling, under-developed lungs. The lungs are the last organ to mature before birth. If under-developed, they can’t diffuse oxygen properly into the bloodstream.

Although Davie was breathing on his own, the oxygen levels in his blood were slowly getting worse. A premature animal needs supplemental oxygen to survive.

Metabolism: Davie’s thyroid gland wasn’t fully functional, so he had a very slow metabolism. He was lethargic, dull, and wanted to sleep more than the usual newborn lamb, which is normal (lambs in the womb sleep a lot). Premature lambs don’t have a properly-developed gut. Their nutrient absorption is poor, and they tend to suffer from diarrhoea.

However, he would need close monitoring to make sure the sleepiness wasn’t caused by disease or declining oxygen saturation.

Immunity: All newborn ruminants need a good feed of quality colostrum as soon as possible after birth, ideally in the first four hours. It transfers antibodies from mum to baby, to help them develop a strong immune system as they grow. Davie’s weak muscles and slow metabolism meant it was unlikely he stood up after he was born, so he would have missed out on that first drink.

A blood test showed us he was immunocompromised. This meant he would be at high risk of infections until his immune system developed more.

Gut problems: Davie had diarrhoea. A premature lamb’s gut lining is often not developed enough to absorb nutrients properly. The result is they’re prone to getting diarrhoea and gut infections.

Aspiration pneumonia: Newborns need a strong tongue so they can suck out enough colostrum, then milk. Those born too young often have a weak suckle reflex. Drinking is slow going, and there’s a higher chance of them accidentally breathing in milk. 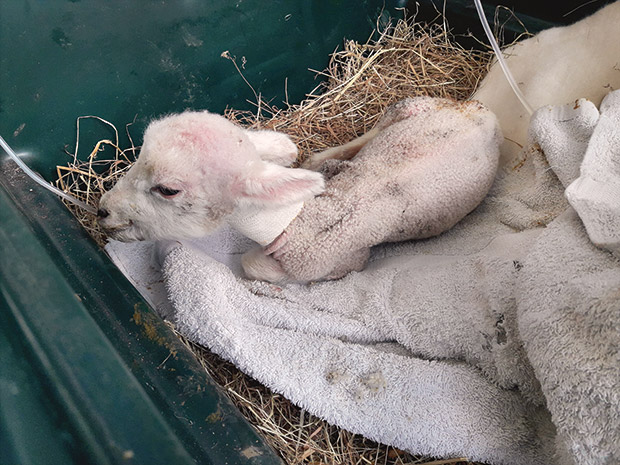 Premature animals typically have a low birth weight and poor muscle mass. There’s a lot of variation in normal lamb birth weights, but Davie weighed in at just 890g, about the same as an adult guinea pig.

Davie was coughing, had a snotty nose, and crackly sounding lungs, indicating pneumonia. This, coupled with his underdeveloped lungs, meant the saturation of oxygen in Davie’s blood was deathly low.

Blood sugar levels: Another test told us that Davie’s blood sugar levels were dangerously low, even though he’d been fed. This is due to a poorly functioning liver that can’t yet do a good job of regulating blood sugar levels. Preemies also don’t have the easily accessible fat supplies that are normal in a full-term baby. Low blood sugar levels, if severe or prolonged, can cause irreversible brain damage.

Soft joints: Although Davie’s little legs looked normal, his tiny joints were mostly cartilage, not bone. We would need to restrict his movement to protect them from collapsing and becoming deformed.

The treatment: We used a venous catheter (one that goes straight into the bloodstream) to administer fluids and nutrients. As Davie gained strength, he was offered tiny amounts of milk from a bottle with a slow-flowing, easy-to-suck teat. 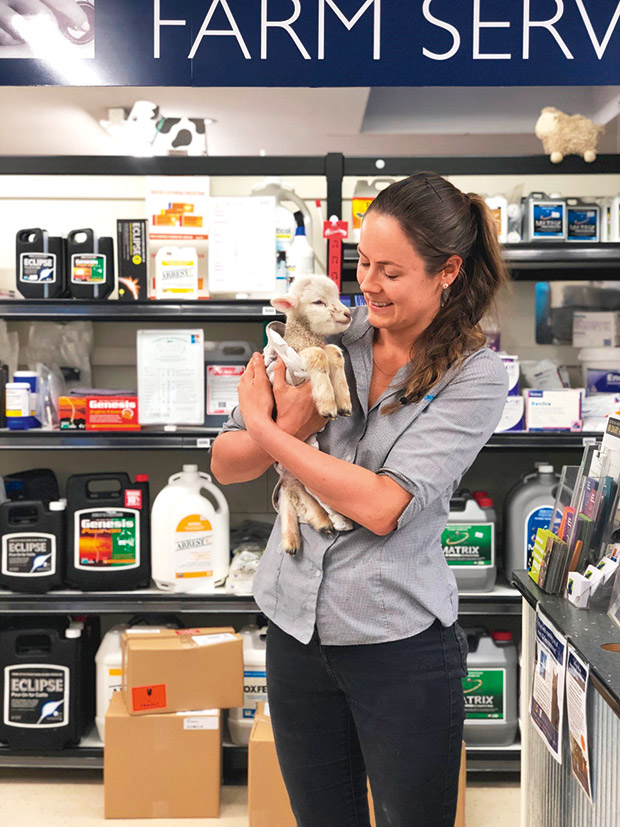 He slowly but steadily drank his first feed of just 12ml. That’s about two teaspoons. At that rate, he needed 12 feeds a day for the first week, which worked out to 135ml (just over half a cup) over 24 hours.

Davie spent a night in hospital receiving supplemental oxygen. He was sent home the next day with his owner, who had strict instructions. Davie needed:

– to be confined to a deep, supportive bed of hay to protect his joints;
– to get plenty of rest to help his lungs;
– to be kept warm, inside, and wear a woollen coat;
– antibiotics, to target the gut infection and pneumonia;
– anti-inflammatories for pain relief, to protect the gut and lungs, and to encourage his appetite.

More stories you might like:
2 easy ways to make a red mite trap at home PLUS the biggest red mite mistakes

A premature birth can be due to bad luck, but there are often causes that may have ongoing ramifications for the mother, the rest of the flock, and the long-term prognosis of the baby. I recommend you always get a vet check to work out the cause of premature birth.

5 expert tips for how to raise fat healthy lambs