With a block smaller than a hectare, this Ohoka couple have definitely spent 20 years making the most of their space.

“Small, yet mighty.” That’s how Niki Mealings describes the block where she lives with her husband Philip and their three children.

The family has ponies, sheep, and calves for rearing. They grow everything from persimmons to peaches and are nearly self-sufficient. That’s not bad considering they moved here in 1999 as a young couple with very little knowledge of rural life.

They’ve moved the vegetable garden several times over the years. The current one is a picturesque potager next to the house. 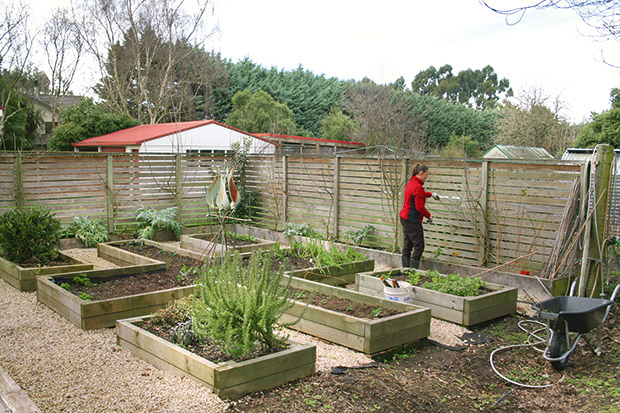 The very first vegetables Niki grew were tomatoes and chillies, but she says there’s not much she won’t try now. The garden provides fresh asparagus and tomatillos alongside the basics such as silverbeet and onions.

She doesn’t spray her edibles. Alliums at the edge of beds are part of her natural pest control methods. “I take a relaxed approach (to gardening). I’m happy to transplant things that might have self-seeded,” says Niki.

But they’ve had their challenges too. Their biggest lesson: infrastructure location. Think carefully about where you put things, says Niki. A strip of land between a paddock and a hedge seemed the ideal spot for an orchard, and a dripline from the septic tank. However, it soon created two big problems.

These days, the Mealings’ orchard is flourishing. There are heritage apples, stone fruit, a feijoa hedge, olives, greengages, and a quince tree laden with yellow fruit. But that’s just a fraction of the 85 trees they originally planted along a thin strip of land near a leylandii shelterbelt.

That same strip also seemed like an ideal spot to run the drip field for their septic tank. But things went wrong with the installation. The drip field created a much wetter soil than it was supposed to, resulting in the loss of 40 trees. Some of the surviving plum trees are now doing well in raised beds. 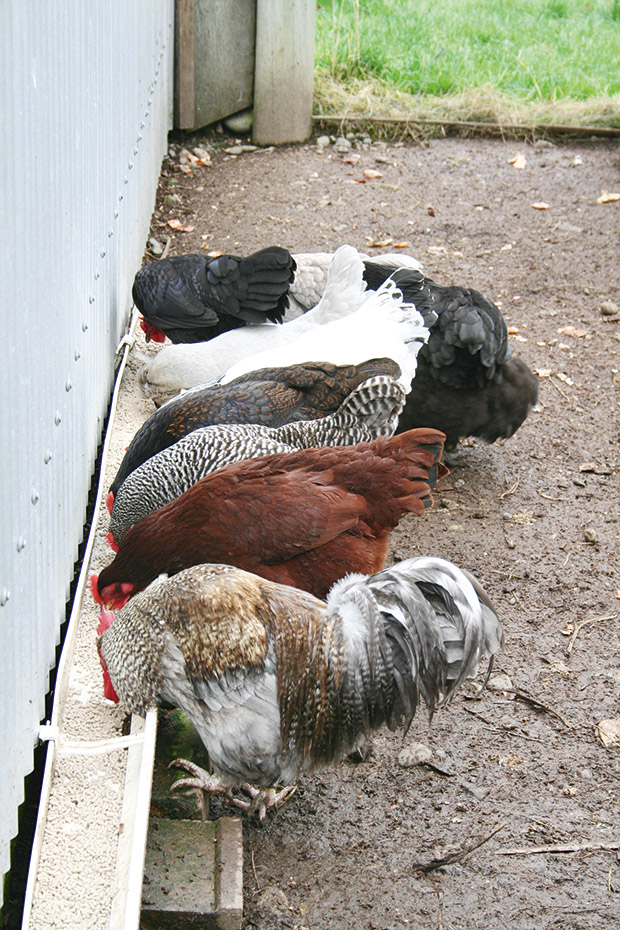 Niki says they’re close to being self-sufficient in vegetables, fruit, and eggs.

Niki discovered they don’t like wet feet, and a landscape gardener suggested raised beds. The beds allow the main roots to grow deep into the soil, while the smaller feeder roots enjoy the drier conditions near the surface.

The orchard has recovered, but the location of the drip field has had a secondary negative effect. Its proximity to the leylandii shelterbelt makes trimming and maintenance very tricky.

“You can’t drive on it as it’s too soft and you can’t graze it because of pugging,” explains Niki, “If I did it again, I would definitely put the drip line somewhere else.” For now, she occasionally trims the hedge by hand. 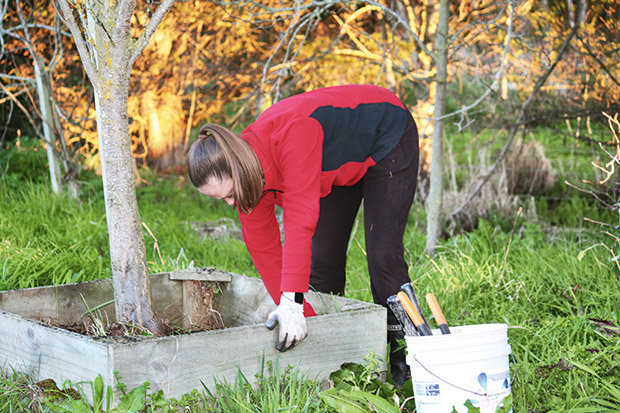 Some of the orchard trees are now in raised beds, to keep the surface feeder roots out of the wet soil.

Some plants will stay with you whether you want them or not. Horseradish continues to flourish in the garden years after Niki thought she’d removed it, spreading in a similar way to mint. She recommends planting it in a container or concrete bin so it can’t spread out of control.

Grapevines might look lovely growing along the porch or over the deck railing, but Niki says they also attract wasps, and birds, which leave their droppings everywhere.

More stories you might like:
How to let nature take its course in your edible garden (and reap the benefits)

Confessions of a yuzu grower: The couple who grow the tangy-but-tasty fruit in Horowhenua