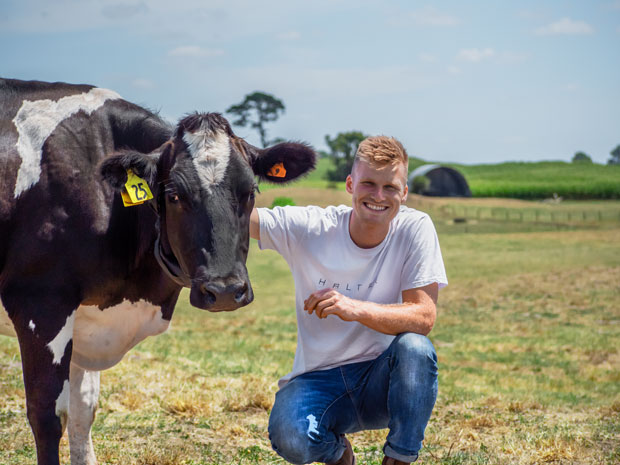 A new venture aims to give farmers back what they value most — time.

A strange phenomenon  is occurring in the Waikato. Farmers leave their gates open while dairy cows wander to and from the milking shed unaccompanied. Paddocks are grazed in neat, square, formations despite the absence of fences to keep the hungry beasts contained.

What is going on? The first clue is that each cow has a black collar. But the real answer lies on the farmer’s smartphone. An app showing a bird’s eye view of the farm plots the location of each cow and lets the farmer create a virtual fence to contain the mob’s movements.

Tech-savvy farmers are literally phoning it in these days, issuing commands to cows with the tap of a button. A clever start-up called Halter has found a way to remotely move cows around to graze an open area of grass, all by training them to follow a series of audio commands and vibrations emitted from the collar.

“Farmers generally aren’t surprised,” says Halter founder and chief executive Craig Piggott (pictured above), the son of a Waikato dairy farming family himself. “Each cow is already trained to a physical fence. It’s a visual cue. We just convert that visual cue to an audible cue. They can be trained.” 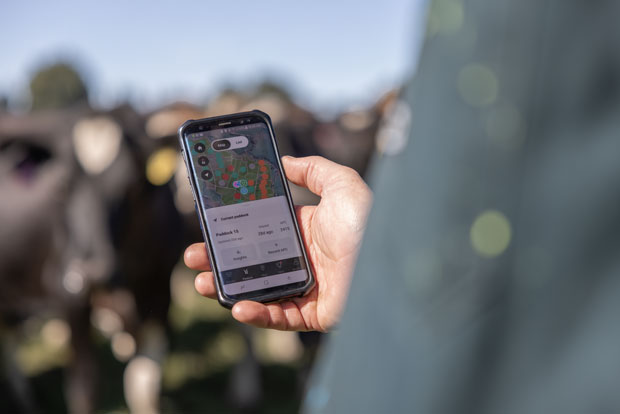 Halter emerged as a side project for Craig while he was working as a mechanical engineer at Rocket Lab, which after SpaceX, is still the only rocket company in the world regularly launching commercial payloads into orbit.

“It’s only once I left farming that I started to see how many inefficiencies there are in farming; so many opportunities to do better.”

Farmers can work up to 100 hours a week during the spring calving period. The grind of daily milking is exacerbated by a labour shortage. Craig wanted to devise a way to save farmers the time and hassle of shifting their mobs.

It started with virtual fencing — using GPS positioning technology to assign pasture areas in which cows can graze. If they get close to the boundary, the audio cues tell the cows to step back. A quick “pulse” of vibration from the collar encourages them to get a move-on.

By late 2016, Craig realized he couldn’t treat Halter as a side hustle anymore and resigned from Rocket Lab. He did so with the full blessing of Rocket Lab founder Peter Beck, who joined the board of Halter and invested in the start-up. 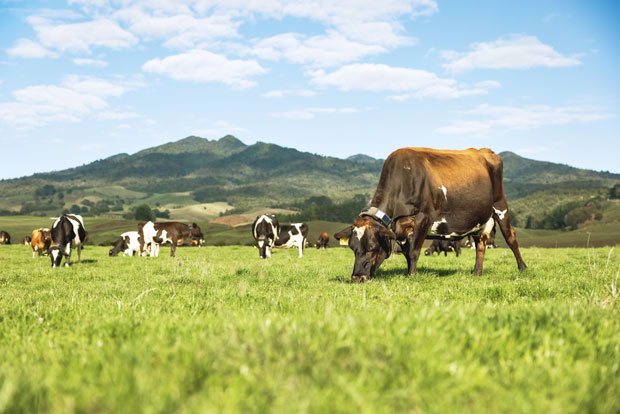 Since then, Halter has been developing the technology on its pilot farm in the Waikato with local farmers. The Halter system is typically aimed at dairy herds of 200 to 1000 cows. “I didn’t want it to be just another gadget or thing that you would add to the farm,” says Craig. “It needed to involve a rethink of how you would run a farm.”

Sensor technology in the collar can detect when a cow is lame or in heat, making it a valuable tool for managing animal health. The software also allows a farmer to precisely measure how much dry matter per cow is needed and geofence an area of grass accordingly.

Craig says that early adopters of Halter, who pay a subscription for the service rather than an upfront cost for the solar-powered collars, are saving money on labour and animal health costs and improving their pasture productivity.

“But the non-financial gains are as important,” he adds. “They are loving farming again because it is less stressful. They have a better relationship with their wife. They can spend more time with their kids and get off the farm more.”

Halter’s aim now is to have farmers all over the country using the technology. “Farmers are incredibly rational people and have a healthy scepticism towards new stuff. It has to be easy enough to use and make financial sense. But once the collars are out there, the possibilities are just about endless.” 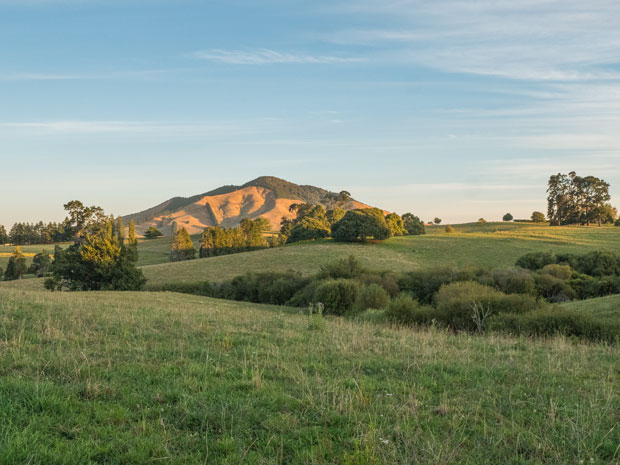 “It’s your typical scaling pains. How do you hire enough people to keep up with the pace of growth? We are venture-backed so we can move fast, but you still must find the right people. The supply chain is challenging too due to Covid-19.”

“We have resources. The most recent funding round raised $32 million led by Blackbird Ventures. It means we are adding new features to the technology every week. It’s evolving, getting better, and getting smarter.”

“Getting onto more farms. We’ve been selective about who we’ve rolled it out to in the past — farmers who will give us feedback and help develop the product. Expanding throughout New Zealand is the overarching goal.” halterhq.com