The park ranger reflects on the past, present and future protection of Auckland’s Waitākere Regional Park.

The former Cantabrian and Auckland Council ranger of 18 years credits West Auckland for turning him into a fan.

“People think of Auckland and they think of traffic. But I hop in my ute, and I’m at work in 10 minutes.” He grins. “Auckland’s amazing.”

Park visitors often want to ditch their offices to become rangers, too. “Man, I don’t even know how I became a ranger. I think it was my wife’s doing.”

The ex-rugby league player grew up idolizing David Attenborough. “At age 15, Dad said to me, ‘Right son, school’s not for you, you’re going to work.’ So I did every labouring job under the sun — garbage man, freezing works, landscaping.

“After breaking my arm a few times playing league, my wife Michelle enrolled me in a practical outdoor conservation course.”

“Aucklanders are both the biggest problem and the biggest asset we have,” says Jason. “It’s a downer turning up somewhere beautiful like Cascade Falls to see graffiti and broken bottles. Campers are respectful, but day-trippers often use the land like a rubbish bin. If you can carry a full box of beers out here, why can’t you carry back the empties?

More stories you might like:
How to grow your own bath sponge - a guide to growing and harvesting luffa (loofah) 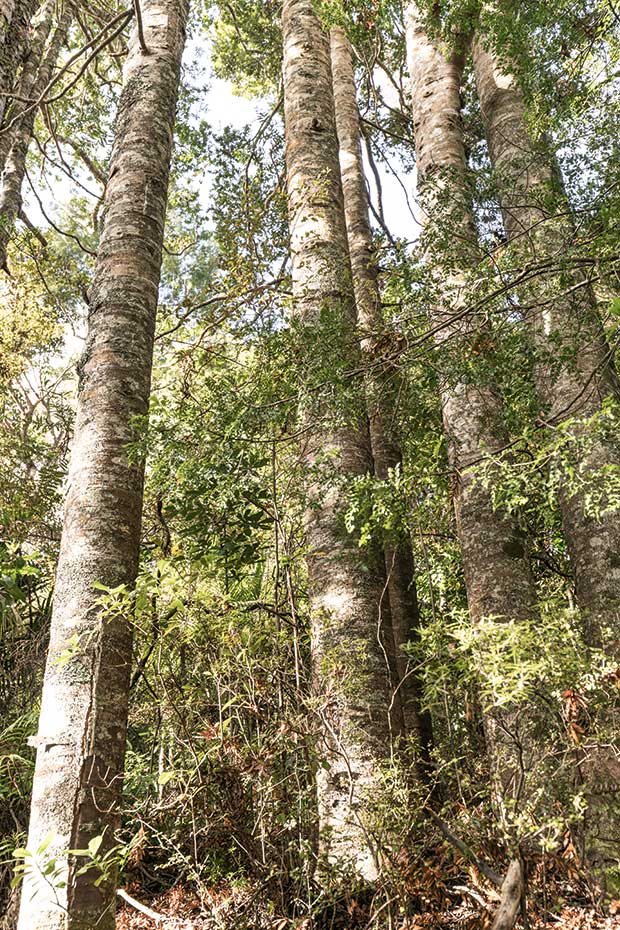 “That said, for every person up to mischief, there are at least 10 groups there to enjoy the place. Cascade Kauri Park in Waitākere was the first park I came to on the very first day of the conservation course, and it blew me away. I knew I’d found what I wanted to do.”

Measures to prevent the spread of kauri dieback mean just four of the 29 tracks in the Cascades are currently open. Auckland Council’s long-term goal is to create circular track hubs to reduce the spread of dieback.

Volunteers from the Ark in the Park project have also trapped 2000 hectares to reduce predators and increase bird life. “Our native birds are a bit thick and let predators walk right up to them and kill them.”

Some Waitākere residents now find the critically endangered kōkako (re-introduced seven years ago) pecking at reflections in their windows.

“I’m no bird nerd, but I think it’s so cool that birdsong is deafening in areas where 10 years ago you’d be lucky to hear one. With the council it often seems like nothing’s happening, but we’re well on our way.”

Phytophthora agathidicida, a pathogen first recorded (but misdiagnosed) on Great Barrier Island in the 1970s, has killed thousands of kauri in the Waitākere Ranges.

Microscopic spores spread through soil movement (mainly on the boots of visitors) and starve trees of nutrients. In some cases, injecting phosphite slows this down, but there is no known cure.

Jason works closely with the local iwi Te Kawerau ā Maki, the tribe that placed a rahui on the area. Auckland Council has been closing tracks since 2012 and Jason is grateful the kauri are resting now.

Pointing at two entirely brown trees among the thousands visible, he says “it’s sad that they died on our watch”. He gestures in a 360-degree turn: “Are we prepared to lose the rest?”

For more information on the rahui, visit ourauckland.aucklandcouncil.govt.nz