Water cooler: the sweet life and ’tis the season for sneezin’


This week in the water cooler: long time baker Molly Coughlan gives reduced-sugar biscuits a crack (and discovers she’s Sweet Enough all along). Gone sugar free yet or still thinking about it and feeling guilty about not doing it?
That’s most of us too. In this anxiety ridden state, we were pleased to see a copy of Sweet Enough by the Isherwood Sisters of Wellington arrive in our office recently.

Their lucid explanation of the various types of sugars, and the pros and cons of each, makes sense. We now know that harvesting entire date plantations to save our western waists from sugar-fuelled expansion is a waste of time. Dates are fructose (more of a problem than sucrose). Their conclusion? Cane sugar (50% fructose and 50% glucose) in small amounts isn’t as sinister as some of the replacements.

So they set about baking our national favourites with significantly reduced sugar.
My mother Molly (and also editor Kate’s mother) is an excellent baker so we set her the task of baking several recipes from the book – and bringing the results for us (greedy little office porkers) to taste-test.

She appeared this morning with four sugar-reduced examples from Sweet Enough. It’s a tough life for the magazine team with challenging taste testing such as this. With coffee mugs in hand, we crowded into the boardroom ready for the task.

The selection included Apricot Weetbix Slice, Peanut Brownies, Anzac Biscuits and Ginger Crunch Biscuits. And our favourite? They were all delicious – not a dud among them.

Surprisingly enough it was the Ginger Crunch Biscuits. As several of our team have worked together for many years (eek, even decades) Molly’s Ginger Crunch is well known in the office and often spoken of as the epitome of home baking – especially by Art Director Yolanta and Editor Kate. 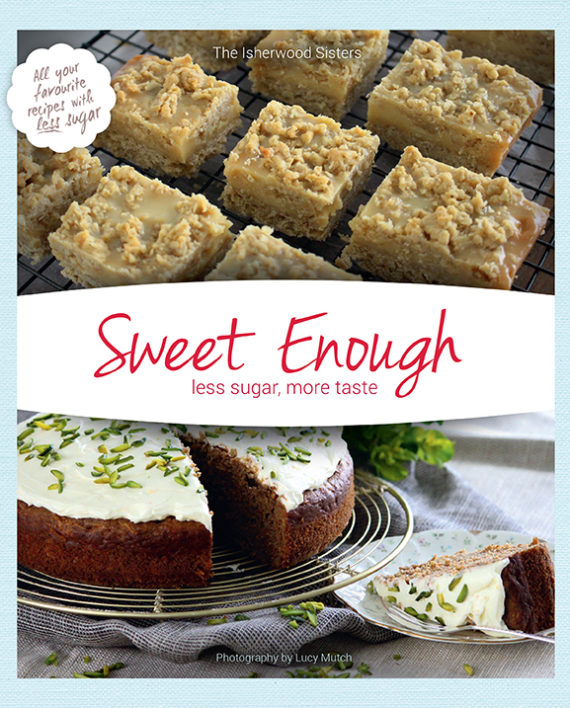 They were delighted to find the biscuits still punched with a gingery tang and crunched with a crumbly texture. Pretty much a ten, really. A good score from those two who, it must be said, can be rather picky!
Want to order the book? Order online here 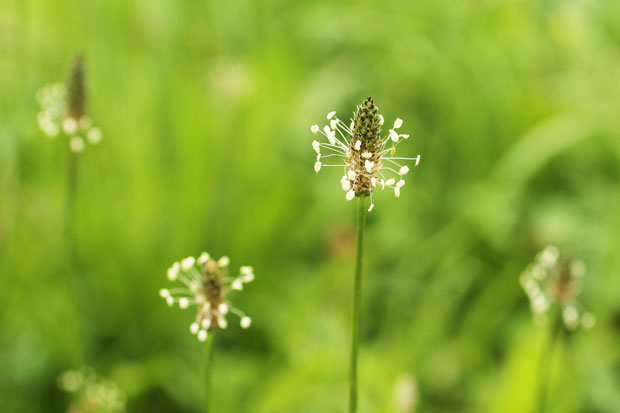 It’s autumn, so it’s tissue season. The sneezing started on Monday, four in a row, which left me doubled over.
Turns out, I’m an amateur. The Guinness Book of World Records has a poor soul called Donna on record as suffering the worst sneezing ‘fit’ ever. She started on January 13th, 1981 and had her first sneeze-free day on September 16th, 1983, an estimated million sneezes later.
The maths on that? Around 1 sneeze per minute, assuming she slept for 8 hours each night (and wasn’t sneezing while she did so).
I’ve always put my hayfever symptoms in spring and autumn down to two culprits: pine trees and privet. You can imagine my surprise when I discovered it’s very rare to have an allergy to privet. It’s such a stinky tree, literally and figuratively.
There are no pine trees near me these days either, so why do I get runny eyes, a blocked nose and terrible sneezing fits at these times of year?
Turns out, the main culprit is literally all around me. Plantain has taken over the grass in the lawn, it’s having a good go in a couple of goat paddocks, and it’s a thick carpet in the orchard. The geese aren’t helping – I guess plantain is a bit like brussels sprouts in goose land.
Don’t get me wrong. I obliterate privet whenever I see it and I’m mortally offended it’s growing in the neighbour’s hedge, just 10m from my kitchen. But watch out for plantain, and some other common pasture plants. Or in my case, grab an allergy-preventing sniff bottle and clear the air. Remember to get your spots checked. With summer nearly over, I decided to book an appointment to have some suspicious moles checked at The Skin Institute where it is free to have one two two moles or lesions examined. To be thorough about this health check, I decided on a top-to-toe check. This normally costs about $150 but mine was covered entirely by my health insurance.
The doctor uses a Derm Light (or Dermatoscope) to pick up patterns of change in the skin linked to early signs of skin cancer. It took about half an hour and all was well apart from one area and that will be checked again in six months. More than 4000 New Zealanders are diagnosed each year with melanoma and approximately 300 New Zealanders die of melanoma every year. That’s the highest in the world – even beating the Aussies.

More stories you might like:
Freedom to roam: Exploring Mount Aspiring National Park in the all new Jeep Gladiator

The Melanoma New Zealand website has an A,B,C,D,E to checklist for what to look out for in moles:

Asymmetry: two halves of the mole are different from one another
Border: the edges of the mole are poorly defined. It is ragged, notched, blurred or an irregular shape
Colour: the colour is uneven with shades of black, brown and tan. Melanomas may also be white, grey, red, pink or blue
Different: from other lesions (ugly duckling) there is a change, particularly an increase, in size. Melanomas are usually bigger than the end of a pencil (6mm)
Evolving: changing I’ve done something silly, that I’m already beginning to regret. I’ve signed up to run the Mount Maunganui Half Marathon in August. Let’s establish one thing – I am no runner. I stand firmly by the fact that my body is simply not built to run. Over the years, I’ve put my body through a lot – I’m a bit of an-all-or-nothing girl. Instead of adding the ‘Freshman 15’ (the traditional 15 pound weight gain during the first year of university, thanks to incredibly poor diet and exercise), I went for the Freshman 60, and then spent the following two years getting rid of it. When I decided to get in shape for my wedding in 2015, instead of going to the gym or a gentle run, I signed up to a 5.30am boot camp 6-days-a-week, and would limp into the office begging Kate to assign me to desk duties so I wouldn’t have to endure the pain of trying to walk. I got stuck in the bathrooms twice, my legs simply refusing to work.

Looking back through my colourful diet and exercise history, my decision to set a running goal of 21.0975 kilometres instead of the usual five isn’t surprising. Nor was it a shock to Kate and the team when I spent Monday this week rolling myself around the office on my desk chair, my muscles on strike from my first training run (5k with a lot of stopping and gasping for breath). Hoping that someone out there may be able to learn from my mistakes, I’ll share the tips and tricks I learn from this disaster of a journey every now and then in the water cooler. 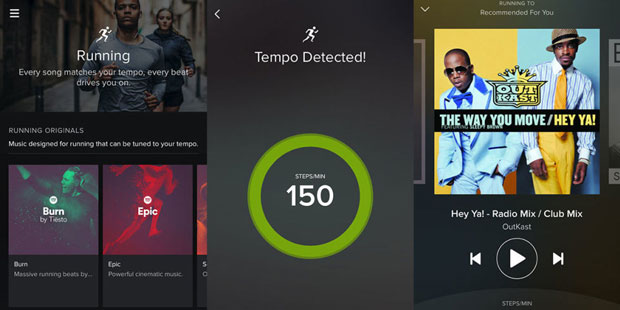 Tip #1 – Spotify is your friend. One of the biggest obstacles to running is hearing my ragged breathing. My poor husband – also undertaking this mission but with the ability to run without any training at all (we may divorce during this process)- had to stop to ask if I was OK halfway up our first hill.

I begged him to save himself, and as he ran off ahead, I turned to Spotify for a distraction. The app tracks your running tempo, then plays music with the same beat. It’s brilliant, when the going got tough, I could tune out and focus on simply moving my feet to match the music. There are also playlists to suit your running mood – Fun Run, Wild Run, Country Running… the list goes on. To find these playlists, download the Spotify app, go to browse, then scroll down to running.

Have fun – and wish me luck…