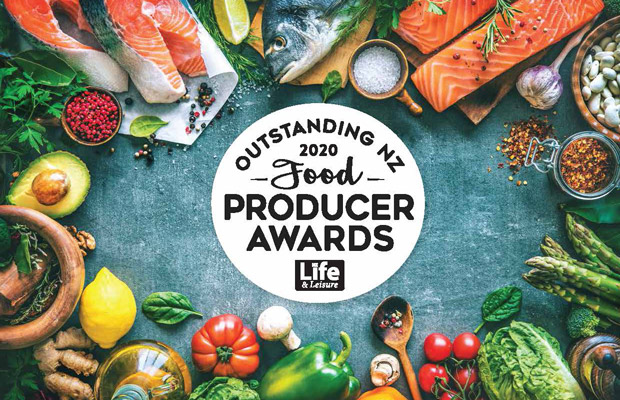 Another winning seed and nut mix from a small Wellington nuttery, which has big ideas on how to take great flavours to the world. Fix & Fogg won the Earth category at the Outstanding NZ Food Producer Awards of 2020.

As far as nut butters go, this one’s a little bit country and a little bit rock’ n’ roll. The clue is in the name: Fix & Fogg’s Everything Butter is a winning blend of hemp, chia, sesame, sunflower, pumpkin and flax seeds with peanuts and almonds.

“We wanted to do nuts and seeds justice, not just have nuts in the spotlight. It has a great flavour and ingredients, but the best thing about it is the mouthfeel. It has a whole lot going on in terms of texture,” says Fix & Fogg co-founder Roman Jewell. Judges agreed that this jazzed-up nut and seed combo was a step up from most spreads, praising its delicious, roasty aroma, easy spreadability and balanced flavours.

Roman thinks it’s the first locally made butter of its kind to include hemp seeds, which were legalized for food consumption in New Zealand in 2018.

Giving people something extraordinary has become the default position for the small Wellington company, which Roman and his wife Andrea started in their kitchen nearly seven years ago. The couple, then both looking for a way out of legal careers, began selling their first premium peanut butter at Wellington markets as a hobby. Before long, demand required them both in full-time nut butter production.

We’ve all been so blown away with the love and support everyone has shown us over the last few weeks. Whether by buying a jar of F&F or sending words of encouragement. We’re one of the businesses that get to continue working at this strange time, but with lots of extra safety measures in place for the people at F&F that are on site. On site, or off, we’re all working really hard to make sure all of New Zealand can continue to get their fix 🥜 #shopnormal #bekind #thankyou And remember, Everything may be a little strange these days but Everything Butter is still as delicious as always 💛

Now, Fix & Fogg employs around 20 staff in Wellington, where it produces 10 nut butters (including the Dark Chocolate Peanut Butter, which won two Outstanding New Zealand Food Producer Awards in 2017). Fix & Fogg’s wares are sold nationwide, as well as in Australia, Singapore and the US, where the couple has opened a nut-buttery factory.

“Going over there was a big move, but we want to grow it just like we did here — by starting small, being ourselves and being true to what we do,” Roman says. “We put a lot of effort into producing something that’s great quality, and it’s good to see people appreciate it.”