What are nutraceuticals? Meet the healthful compounds found in every superfood 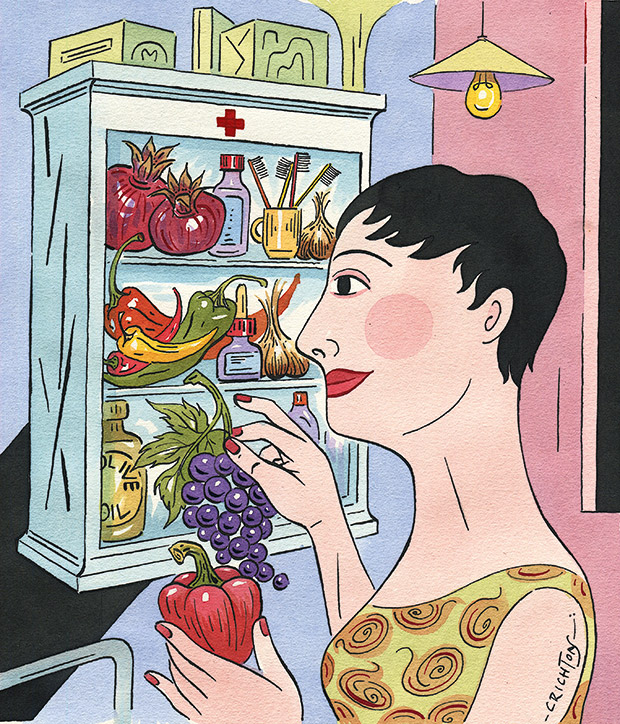 Scientists call foods that are good for the body ‘functional’. Marketers call them ‘superfoods’. Welcome to the health-giving world of nutraceuticals.

Nutraceuticals. The word — a joining of nutrition and drugs — was coined in 1989 to refer to compounds in food that medicate rather than feed us. Also known as “bioactives”, they are a key reason, as I argued in my last column, that healthy food is healthy. Lightly processed fruit and vegetables are the natural vectors of nutraceuticals. This is why, ever since they first started studying diet patterns, epidemiologists have tied them to good health and long life, and health advocates have told everyone to eat more of them.

Some nutraceuticals lower blood pressure, reduce cholesterol, and, all importantly, damp down inflammation. Inflammation is what happens when the immune system attacks, and it is vital for overcoming life’s inevitable infections. Unfortunately, as we age, the immune system attacks the wrong things, which is where heart attacks and cancer come from. One of the best reasons for manipulating nutraceutical intake is fending off life’s significant diseases.

Nutraceuticals are the force behind superfoods. Superfoods is a term more loved by marketers than scientists, who prefer the more restrained “functional food”. But they mean the same thing — a food particularly noteworthy for its nutraceutical load, food that delivers more than essential nutrition, food that medicates you.

There are numerous nutraceuticals. Some come from well-known options such as blueberries and olive oil. Some come from foods that are not as well known in our part of the world but get traction because the nutraceutical message is getting around. Seaweed, for instance. Others are one step removed from the food you recognize, like the leaves of an olive tree, not just its fruit. Or the pips of grapes. And some, such as tree sap (except for maple syrup), aren’t seen as food at all.

More stories you might like:
Water cooler: ice-creams galore, cats on the tube and guess the gadget There are themes. Practically all come from plants. The obvious exception — omega-3 oil in fish — is not really an exception because it comes from algae (plants) at the bottom of the ocean food chain. Fish just eat it before we eat them. Omega-3 is a fat, but most nutraceuticals are polyphenols, which means they are various arrangements of six carbon rings, with different side arms. Most are bitter, which is intriguing.

Nature is not enticing you to eat them. If you tried to eat raw chocolate from the tree, you would spit it out. I tried wormwood tea researching my book, The Internal Flame, and I couldn’t finish it. I have no idea why tea sellers stock it.

In practice, most of these things are encountered in dilute form, which means they are tolerable. In fact, in the proper concentrations, they can be tasty. Many of the sensations of good food come from low-level bitter polyphenol compounds tickling your taste buds just enough.

The warm mouthfeel of red wine is a restrained bitterness, as is the mild astringency of tea (why many people have it with milk), both of which are polyphenols called tannins. Try drinking olive oil straight. It will create a bitter note at the very back of your throat (the polyphenol is oleocanthal, and it blocks inflammation as effectively as ibuprofen).

Items that might not be eaten uncooked, such as garlic, are likely to be good nutraceutical vectors, as are things only eaten in small amounts. Pepper and chillies are obvious, but so are herbs and spices, which would be overwhelming if concentrated, but, used correctly, they form the backbone of hearty eating.

The yellow spice turmeric, the base of a curry, is one of the best-known nutraceuticals and one of the first options people turn to when they want to add a nutraceutical kick to their intake. Pomegranate is another standout. But the richest part is the fibrous skin, which is too bitter to eat (and the reason juice, which draws from the skin as well as the palatable interior, is a tastier option). Fruit seems different, as it is an excellent example of the whole concept, particularly anthocyanins in purple berries and resveratrol in grapes. But fruit is sweet (the bitterness in red wine mentioned above comes from seeds and stems left in the fermenting juice). The answer is that fruit is only sweet when it is ripe, and the plant wants you to eat it (fruit is nature’s way of getting seeds dispersed via the bowel of an animal).

When fruit is young and green (and the plant isn’t ready for you), it is sour. Ripening breaks up some of the healthy and repellent molecules, but by no means all. It principally overlays them with sugar — much like a chocolate bar. Anyone who has tried the dark varieties of chocolate, which are high in healthful polyphenol cocoa solids, understands how bitter chocolate can be. Sugar makes it edible.

The necessary implication here is that most useful nutraceutical options, if they can’t be masked by sugar, have to be processed. That is one of the imperatives behind cooking — moderating overwhelming flavours. Commercial processes do the same. Pomegranate juice is pasteurized for shelf life, which kills a lot of the goodness, but shelf life is not the only consideration. It would be undrinkable otherwise.

Cacao beans are piled under their trees to ferment before starting the road to becoming a chocolate bar (sugar alone doesn’t do it). Tea is heated to break down the tannins. Coffee is roasted.

These steps cost a lot in healthful molecules, but the price has to be paid. Even enthusiasts won’t hold their noses for too long. Fortunately, sensible processing still leaves plenty of goodness to be absorbed. And plenty of options to discuss next time.