What is epazote? Meet the pungent secret to Mexican cooking: How to grow it and cook with it 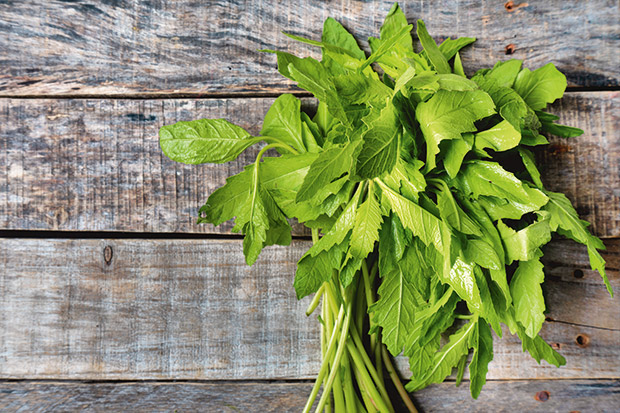 A pungent herb with a unique flavour is the secret green in Mexican cuisine.

Epazote isn’t everybody’s cup of tea. A literal translation of the name is something like ‘stinky sweat’. When you handle the plant in the garden, it takes some effort to get its overpowering smell off your fingers.

There’s nothing tender or tentative about the taste of epazote either. Raw, it has a resinous pungency. Chefs describe it as having a strong, acidic, lemony flavour. Others write about it being a combination of oregano, tarragon, citrus, mint, pine, mustard greens, and even tar or creosote. 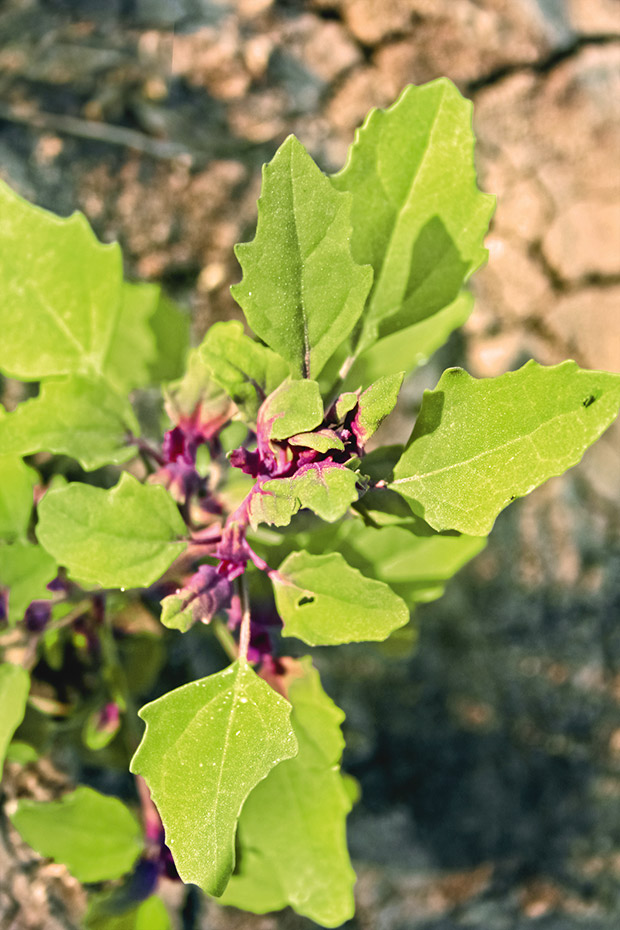 I didn’t expect to like it. But my husband Ken is either a genius at cooking (I think he is) or epazote is as good as the experts attest. I was hooked from the first Mexican-style dish he made.

Epazote is like coriander. It has a unique flavour that balances out the taste of certain dishes. Paired with the right ingredients, it’s magic.

The ‘right ingredients’ are Mexican cooking favourites, such as:

It was the end of the season when we massacred our plant, cutting off all the growing tips. I was concerned its flavour might have dissipated due to the age of the plant, but it was still strong.

6 THINGS TO KNOW ABOUT EPAZOTE 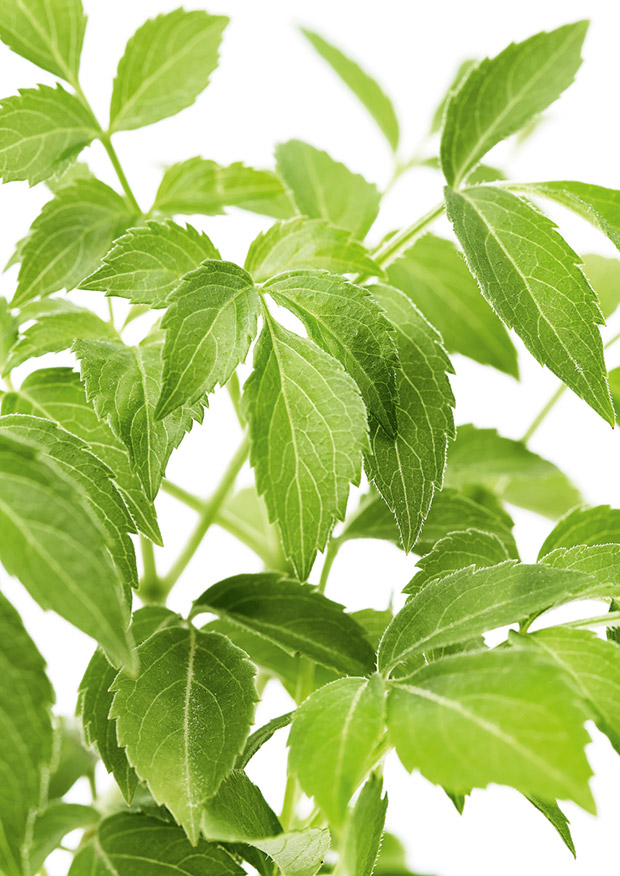 ■ native to central and southern Mexico and Central America. ‘Epazote’ comes from Nahuati, the language of the ancient Aztecs.
■ It’s a member of the Amaranthaceae family, related to spinach, fathen, quinoa, orach, and beets.
■ Epazote is a useful companion plant. It has insecticidal properties, and its pungent scent can mask the smell of other plants.
■ Traditionally, epazote is used for flavour. It’s also used as a carminative, added to bean dishes to help reduce gas and bloating during digestion.
■ Mexican mothers steep the herb in milk and sugar and give it to their children to treat intestinal parasites.

1. Handling plants can cause an allergic skin reaction in some people.
2. It may cause miscarriages – epazote was included in the first birth control pills. Pregnant women should avoid large doses of leaves.
3. People have died from overdoses of the essential oil which should not be consumed. Symptoms include cardiac and respiratory disturbances, severe gastroenteritis, pain, vomiting, and diarrhoea.

Epazote is a leafy, branching, rather weedy-looking plant with long, slender, dark-green, jagged leaves ending in a point. Grooved stems become reddish as they mature. It goes to seed rather quickly in summer and is capable of prolific self-seeding, becoming a nuisance. It’s now a weed through a large part of North and South America, Europe, and Asia.

Epazote is easy to grow as a half-hardy summer annual in cooler climates, even though it’s a tropical plant. It also tolerates wind and coastal conditions. 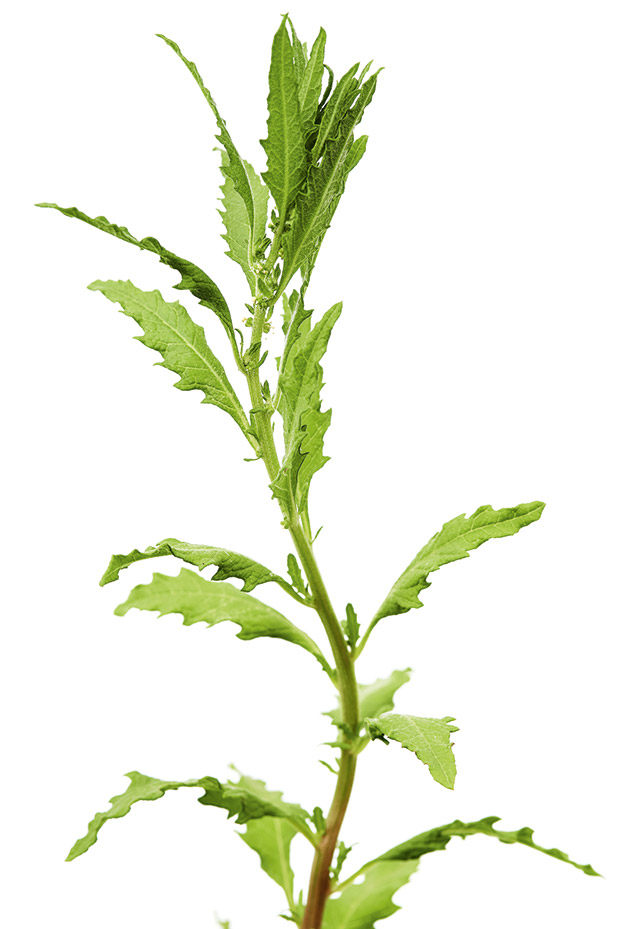 ■ Choose a sunny, warm spot with well-drained soil.
■ Start seeds on a heated pad indoors for transplanting in late spring.
■ For outdoor germination, wait until all danger of frost has passed (early frosts kill plants) and soil temperatures are warm.
■ The tiny seeds barely need covering with soil. They germinate quickly (7-10 days) at 20°C and should be thinned to 30-50cm apart. They grow better with regular moisture but are quite drought-tolerant once established.
■ For a continuous fresh supply, make successive sowings every three weeks. One or two plants at a time are likely to be enough for most families.

You can start harvesting leaves from seven weeks.

■ Cut the centre stem first to encourage branching.
■ Harvest the tips regularly; the plants will be more compact, bushier, and less likely to go to seed.
■ Never harvest more than half the plant at a time.

HOW TO USE EPAZOTE 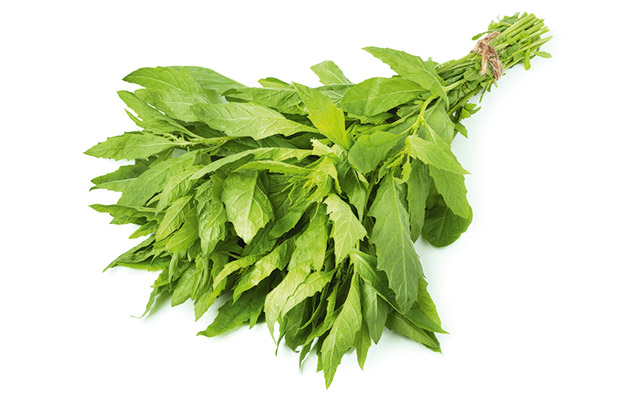 ■ Leaves are milder in taste when young, becoming stronger and more bitter as they mature.
■ You can dry the leaves, but the flavour is much less intense. Flowers and seeds can also be used.

Cooked epazote takes on a spicier flavour. Like coriander, epazote’s flavour doesn’t stand extended heating and is best added at the end of cooking. 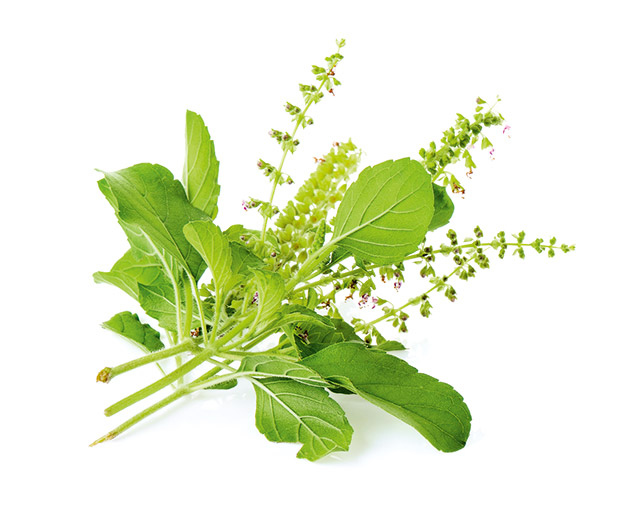 ■ Fresh leaf coriander and epazote are complementary.
■ Epazote pairs well with chipotle peppers, cheeses, pork fat, black beans, pinto beans, cumin, garlic, onion, corn, and squash blossoms.
■ For most dishes, 1-2 tbsp of chopped, fresh leaves are sufficient, and young leaves are best. Too much can overpower a dish.
■ A little lemon or lime will bring out epazote’s flavour.
■ Epazote goes well with dairy products, especially cream sauces.
■ Epazote is delicious with melted cheese, for example, in quesadillas. Try a sprig inside a quesadilla made with corn tortillas.
■ When cooking with beans, add epazote in the last 30 minutes of cooking. For every 450g beans of beans add: Fresh epazote – 2 x 15cm pieces; Dried epazote – 1 tsp. Peel and slice roasted peppers, and add to a reduced cream sauce with epazote.

HOW TO STORE EPAZOTE

Fresh epazote has a short shelf life, another reason to grow it.

■ Place freshly-cut stems in a glass of water or wrap in a damp paper towel and keep in an unsealed plastic bag or container.
■ Freeze 1 tbsp of chopped leaves in an ice cube tray filled with water. One frozen cube will supply enough epazote for most recipes. 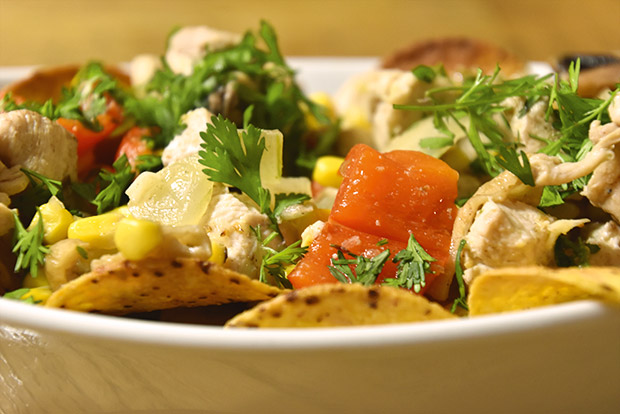 Cut the chicken breasts into 1-2cm cubes. Peel and finely chop the garlic, roughly chop the red pepper, cube the onion, and slice the mushrooms into bite-sized pieces.

Add oil to a heavy frying pan and heat. Add the chopped garlic, onion, and chicken to the hot oil, and stir-fry for 2-3 minutes. Add the chopped mushrooms and red peppers. Bruise the epazote stalks and add to the dish.

Grind the spice seeds to a fine powder. Coarsely chop the epazote leaves. Add both to the chicken and season to taste with salt and pepper. Drain the corn and add to the pan.