What you need to know about lead in backyard eggs 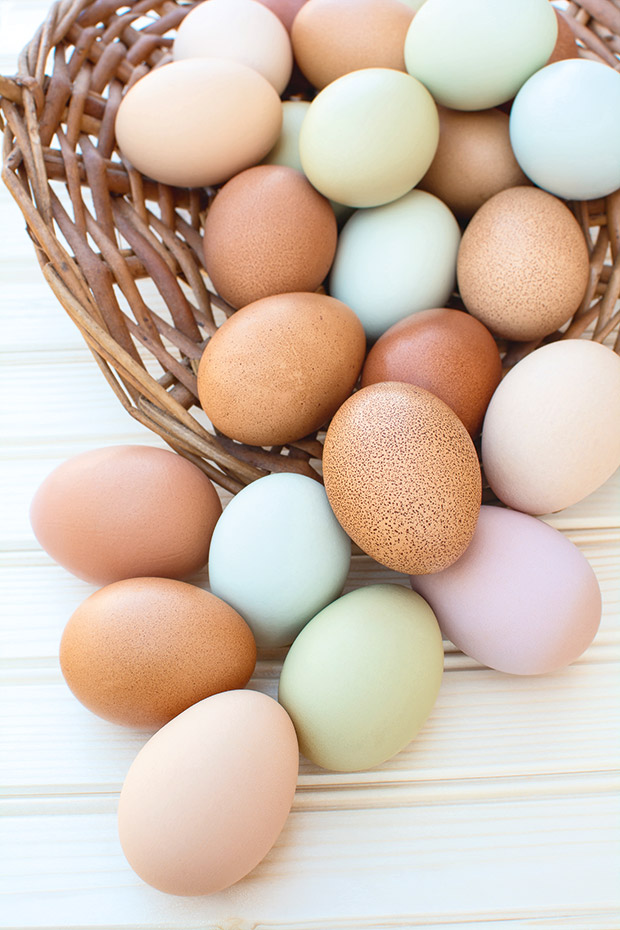 Keeping Chickens NZ’s Andrea Graves looks at a study into lead concentrations found in backyard hens and their eggs.

Who: Andrea Graves of Keeping Chickens NZ blog
Where: Hamilton
Background: Andrea has a PhD in animal behaviour, and did her doctoral research on poultry, looking at their welfare and evolutionary biology.

When I first shared a news story on a study into lead levels in eggs from backyard hens, some of my blog’s Facebook followers were dubious about the source.

However, the story turned out to be an accurate report of a study by Dr Liz Cowie, now working in Wanaka, published in the NZ Veterinary Journal in 2019. Her work was overseen by avian and wildlife veterinarian, Professor Brett Gartrell of Massey University’s School of Veterinary Science.

WHAT THE STUDY FOUND

Dr Cowie’s study looked at lead concentrations in the blood and eggs of backyard laying hens in central Auckland. This is an area with plenty of old weatherboard houses likely to have been painted with lead paint.

All had detectable concentrations of lead in the yolk, and 12 had enough lead to warrant human health concerns. Only one hen, which tested highest for lead, showed symptoms of lead poisoning (lethargic, a little wobbly).

The study found that higher lead levels came from chickens living outside houses that were clad with weatherboards or built before 1940. 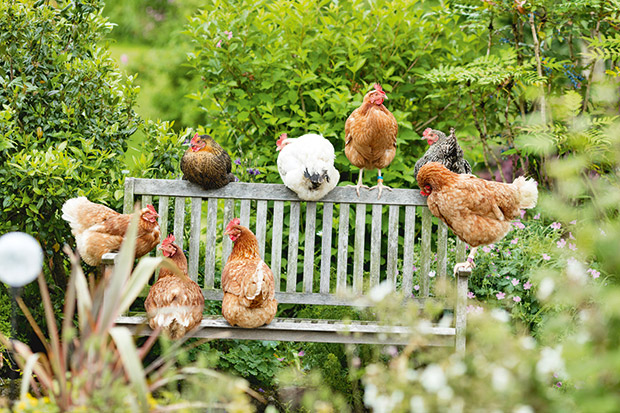 Brett Gartrell is Professor of Wildlife Health at Massey University and another of the study’s authors. He thinks it’s worth considering how much lead might be in your chickens’ eggs.

“Every one of the eggs in our study contained lead, and half of them had a higher-than-safe level. “We also checked the hens’ blood levels, which matched up with the amount of lead detected in their eggs.

“But it’s worth noting that when we found concerning levels, they were generally from birds living at properties with weatherboard-clad houses built before 1940, and of course, these tend to have been painted with lead paint. This is not an issue that is going to affect every property.”

In Dr Cowie’s study, she writes: “There is no maximum permissible level for lead in eggs in New Zealand.

“The Ministry for Primary Industries advises that lead concentrations in eggs should be ‘as low as reasonably achievable’. In the edible portion of eggs, this is a target of 0.002 mg/kg or less, based on the 2009 New Zealand Total Diet Study.”

In Dr Cowie’s study, all the eggs tested had lead levels higher than 0.002. However, she treated the maximum level as 0.1 mg/kg, which is the maximum permissible level for lead in meat, according to the Ministry for Primary Industries. One of my Keeping Chickens NZ Facebook page followers found out her chickens and soil had high levels of lead. “The problem then was that I could treat (the birds) – you can inject a solution that binds lead and encourages them to excrete it from their bodies.

“But as soon as you got their levels down – which you can do in some cases if their load’s not too high – they would reingest lead from our contaminated soil.

“I loved those little lasses (they were ex-battery, so they’d had a tough life already), so I went as far as researching how to remediate soil. “I put down matting that covered their coop and run and got fresh topsoil (one garden supply shop was able to supply guaranteed clean topsoil from a farm in the Far North).

“One died from egg peritonitis some months later, and the second one’s (lead) levels kept going up (possibly from eating worms or other dirt-dwellers around the coop area).  “The saddest part – they excrete the lead, so their pee and poo re-contaminates the soil, or contaminates other areas.”

How to work out if you have lead contamination without testing

The three big culprits of lead in soil are paint, petrol, and pesticides. Chickens ingest lead from the soil when they forage, and from the invertebrates they eat, such as cockroaches and worms. Sometimes there’s lead in that soil from historical contamination.

There’s no way to detect it without lab tests, but there are some clues that lead might be there. Dave Bull works for Hail Environmental, a company which specialises in contaminated land assessment and remediation projects.

Until recently, he was also a chicken keeper. He spends quite a lot of time telling people that lead contamination isn’t as bad as they think, but here’s what he says you need to consider:

1. Lead in soil from paint

Dave says if your house isn’t brick-clad and was built before 1950, it was probably coated with lead paint. Since then, it’s likely to have been sanded and repainted. 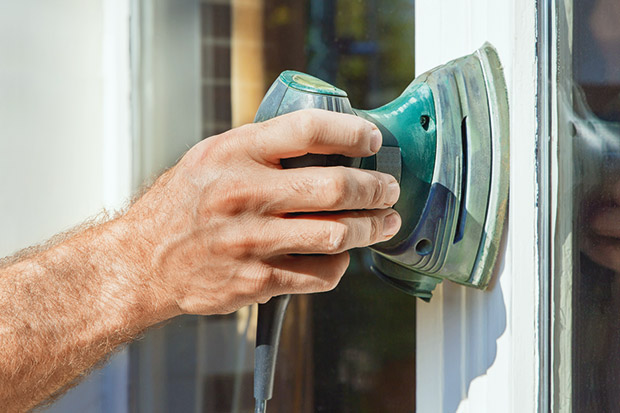 Paint dust from sanding can spread lead up to 2m from buildings.

The lead from the sanding dust will still be there. Most of it will probably be within 2m of your house or other buildings.

Chickens feeding more than 2m from buildings are at far less risk. Resene does free tests for lead paint on houses – take in a flake or a board – but they can only tell what’s on it now, not what used to be there.

2. Lead in soil from petrol fumes

Today we have unleaded petrol, but before 1996, exhaust emissions contained lead. If you live on a road that had a lot of traffic during that time, your front yard probably has lead in it.

Dave says in his experience, it’s best to avoid having poultry on land within 8m of a road that was busy during this time. 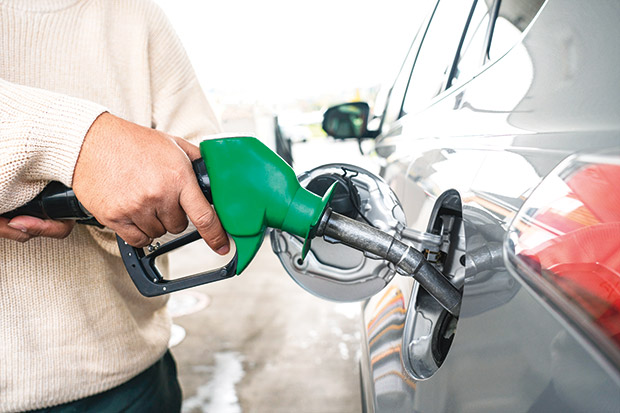 3. Lead in soil from pesticides

Pest insects have been a problem for a long time. Many of our parents, grandparents, and great-grandparents sprayed them, especially if they were growing crops for a living. 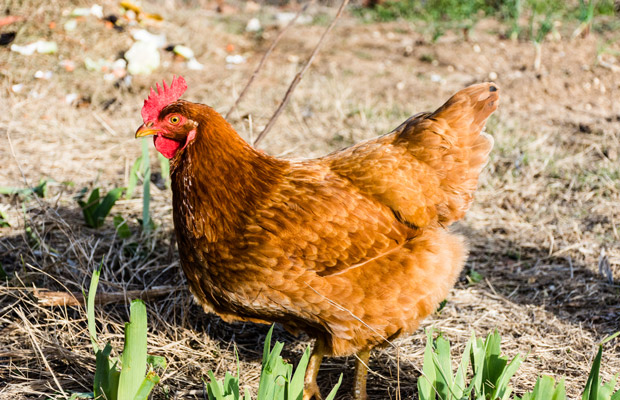 One product they may have used is lead arsenate, to control insects such as grass grub, codling moth in apples, and aphids on roses.

If your land used to be orchard land or market gardens – and several towns in New Zealand have expanded their housing over old horticultural land – it may be worth testing the soil for lead.

There are some industrial land uses that have left a legacy of high lead levels in the soil. An old battery factory in the Auckland suburb of Onehunga, for example, left lead in the ground up to 300m away.

What to do if your property contains lead

Keep new chickens away from soil, eg on paved surfaces with a deep mulch layer on top. Don’t allow them to free range where they can access soil and invertebrates.

Keep them on well-grassed areas with no bare soil (but there’s still the risk of them eating lead-contaminated invertebrates). Provide uncontaminated soil, ash, or sand for dust-bathing.

Symptoms of lead toxicity in poultry

Professor Gartrell says many of the birds in the study, even those with unsafe lead levels, showed no symptoms of lead poisoning. He says symptoms you may see include vomiting, increased thirst, weakness, and staggering (ataxia).

There are two forms of lead poisoning: acute (high intake over a short time), and chronic (small amounts over a long time). 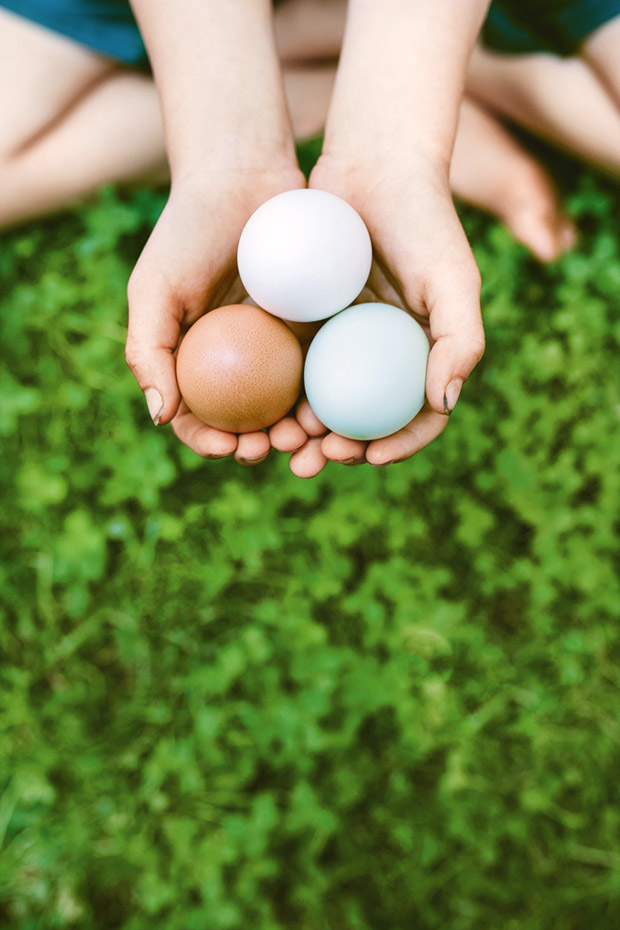 What: Four 18-month old hens on an Auckland lifestyle block
Symptoms: loss of appetite, death
Tests: blood test, necropsy
Diagnosis: gastrointestinal stasis (the GI tract slowed down or stopped) due to lead ingestion; the lead level in one hen was 0.24mg/L

What: adult hen in a backyard flock where the owner was renovating old buildings, causing flakes of lead paint to blow across the yard where the flock were grazing
Symptoms: swelling of crop, loss of appetite, death
Tests: blood test
Diagnosis: blood lead levels were higher than 0.60mg/L

8 practical things to consider before selling eggs for profit