Standing at her front door, Mary Phillips obscures the statue of Jesus that, to her delight, startles many an unsuspecting guest.

After three decades in the fast-paced world of producing children’s television in Auckland, Mary Phillips is now flourishing in a quiet valley in Central Otago.

The first thing visitors see when they knock on Mary Phillips’ Central Otago door is Jesus. “People get a fright to see him there — especially at night when they come down the drive, and he is all lit up in the hallway.”

Mary’s Jesus is life-sized, made of plaster and arrived at her home after a cramped three-hour road trip. “My brother Kevin found the ‘Open Heart’ Jesus in a Dunedin auction room. When he told me about it, I said, ‘Yes, I would like Jesus’. So, we put him in the back of my car and drove him to Gibbston. He was a bit damaged, but my artist friend Peter Cleverley made new fingers and did touch-ups to make him whole again.” “Once a Catholic, always a Catholic,” says Mary. “I love the iconography and find the rituals comforting. I even had the house blessed by Father Mark from Dunedin. He knew I had my own Jesus and wanted to come and have a look. He brought Sister Pauline (who’s in her 90s) with him, and when he got in the car to leave, he couldn’t find her. She was on her knees praying by the statue, saying, ‘Oh, it’s my favourite — Jesus with the Open Heart.’

This anecdote — and the eye twinkle that goes with it — is very, well, Mary. It conveys the impish delight that has made her a leading light in New Zealand children’s television for the past three decades.

Her congenital exuberance found its first expression in kindergarten teaching — not a self-determined path (“Mum and Dad told me that’s what I was doing”) but one she adored, nonetheless. 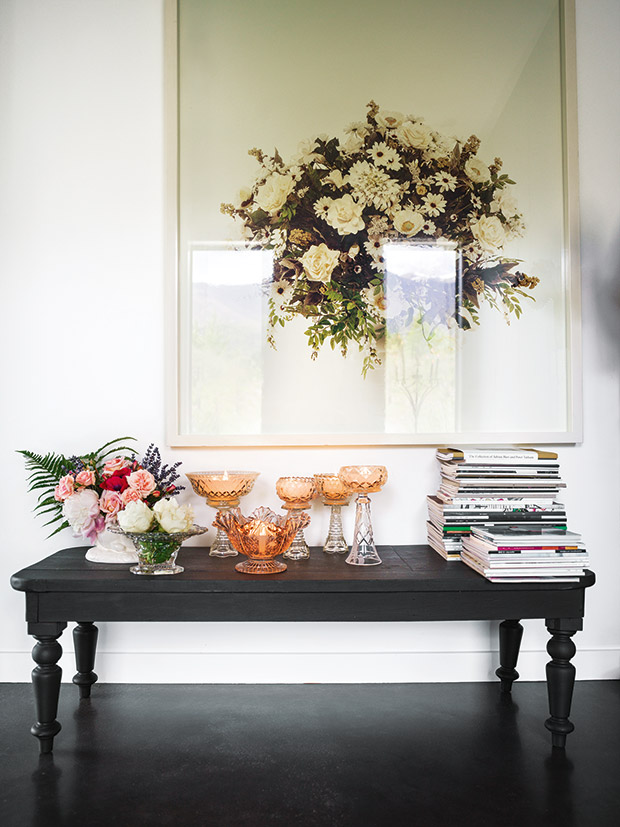 “As the youngest of five children growing up in Gore, I think I drove all my family and teachers mad with observations, questions and creative problem-solving, which was considered ‘not normal’. Kindergarten teaching was the perfect way to be creative, have fun and extend young minds. The children taught me so much about how to live life. It was the best job.”

More stories you might like:
This Cardrona farmer saved his 3500-ha station with a (tasty) rethink of his merino product

The television industry soon spotted Mary’s kid-simpatico ways. In 1992, when the producer of TV3’s pre-school show You and Me (presented by Suzy Cato and produced in an old movie theatre in Dunedin) was casting for input from creative kindergarten teachers, Mary was invited to have a go at writing for television. 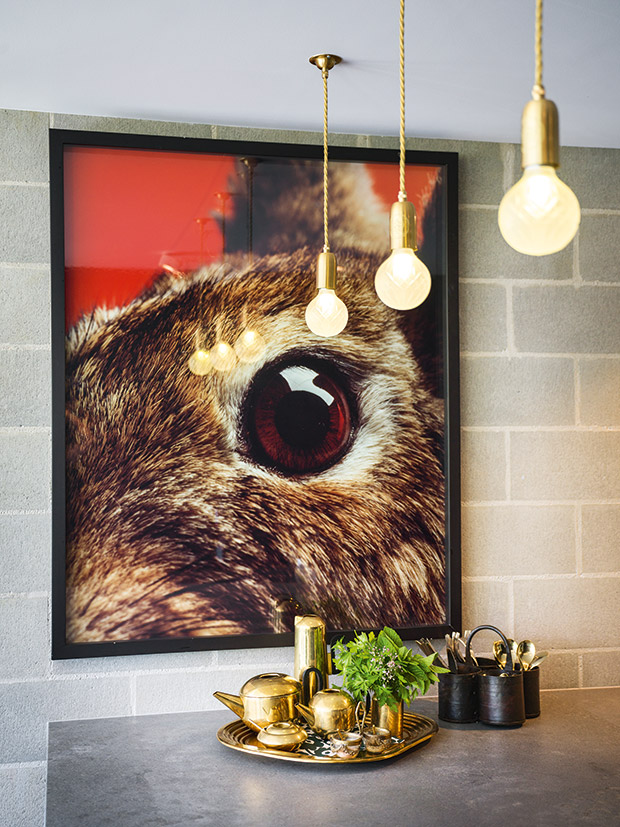 She overachieved from the get-go: “We had a week to do the first five scripts, and I wrote mine in two days. I had enough for five weeks of scripts, apparently. I became a director on the show soon after that and then a producer.”

This new career in “edutainment” (educational entertainment) was another excellent outlet for her creative pep. After more than 2000 episodes of You and Me, Mary moved to Auckland to direct and produce a science show for primary school kids called Suzy’s World (also fronted by Cato).

“It was very popular with parents looking for extra educational content, and kids loved it because it was an investigation into everyday things that they could engage with. And Suzy’s such an empathetic and powerful presenter.” 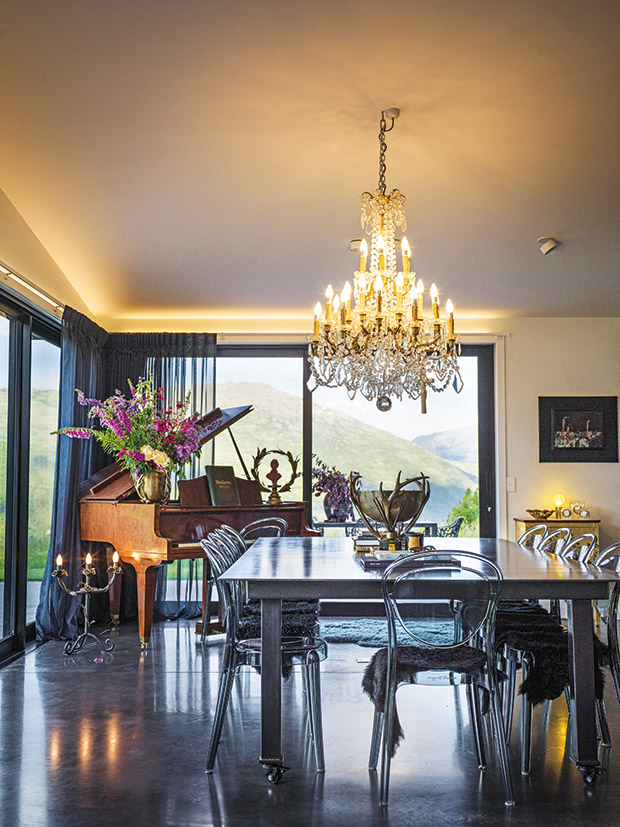 Her grand piano doubles as a coveted snooze spot: “I love playing it, but it’s where the cat sleeps. She gets inside and curls up on the cosy bits — especially if I’ve given her too many pats.”

When Suzy’s World ended in 2002, Mary set up her own independent television company, Pickled Possum Productions, and produced the hugely popular youth show, Sticky TV. One of this country’s longest-running kids’ shows, it lasted 16 years and brought the likes of Kanoa Lloyd, Sam Wallace and Walter Neilands to the country’s screens. Sticky’s success was the very thing that eventually hastened Mary’s return south: a relentless filming schedule paired with the frenetic pace of Auckland left her feeling pooped.

“Sticky TV was 48 weeks a year — it was tough. When I think back now, all I did in Auckland was go to work, go to the gym, go home. At one stage, we were on every weekday, we sometimes made Saturday shows and we’d have an omnibus on a Sunday. It was full-on — full-on. I just got tired of the ordinary things that took four times as long as normal to do, like driving. I’m grateful for the successes that Auckland gave me — but the pace was crazy.” Mary loves a good dinner party, so a decent kitchen and space for a 12-seat table were high on her architectural wishlist.

At the end of 2017, Mary swapped her Queen Street apartment in Auckland for an isolated perch in the vineyard hotspot of Gibbston. She’d purchased five hectares of land several years earlier and initially put it to use as a Sticky TV filming location: “We wanted to show children life skills such as growing vegetables, cooking, tenting, and hiking. We’d all fly south, camp up here and do lots of outdoorsy stuff — it was great.”

More stories you might like:
What is water kefir? Forage & Ferment has brewed up the probiotic-rich (and award-winning) drink

Once Sticky ended, Mary could finally start planning her dream house — one that would hunker down into the Central Otago landscape while securing views of the area’s top-shelf geographical offerings. Her attention-seeking neighbours are the Nevis Bluff, Crown Range and The Remarkables. Queenstown architect Stacey Farrell answered Mary’s call with Maison Noir (the Black House), a home of quiet minimalism that doesn’t seek to upstage the terrain and caters for all that necessary landscape ogling.

The form of the house cleverly mimics the region’s geological behaviour, too. Stacey found much inspiration for this in Gibbston’s rock and stone. She says: “Like tectonic plates, schist shifts and moves and plates of stone slide against each other — we echoed this with the form of Mary’s roof.” 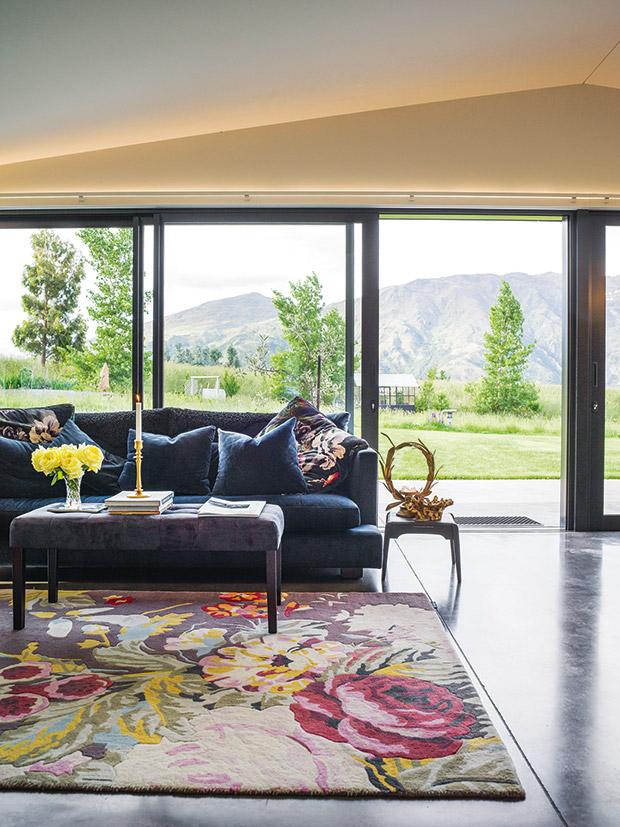 In its expansive location, this small black house has proved to be the ideal post-Queen Street decompression chamber. Mary now works from a desk in the corner of her bedroom that looks down the “Valley of Vines”. Her water cooler chat mostly involves quibbling with cat Daisy, a british blue, about who gets command of the keyboard, and her exercise breaks often involve the blue-chip cycle track at the end of her road (the Gibbston River Wine Trail, if you please).

“I feel so much healthier these days because I have more time for yoga, pilates and bike rides.” 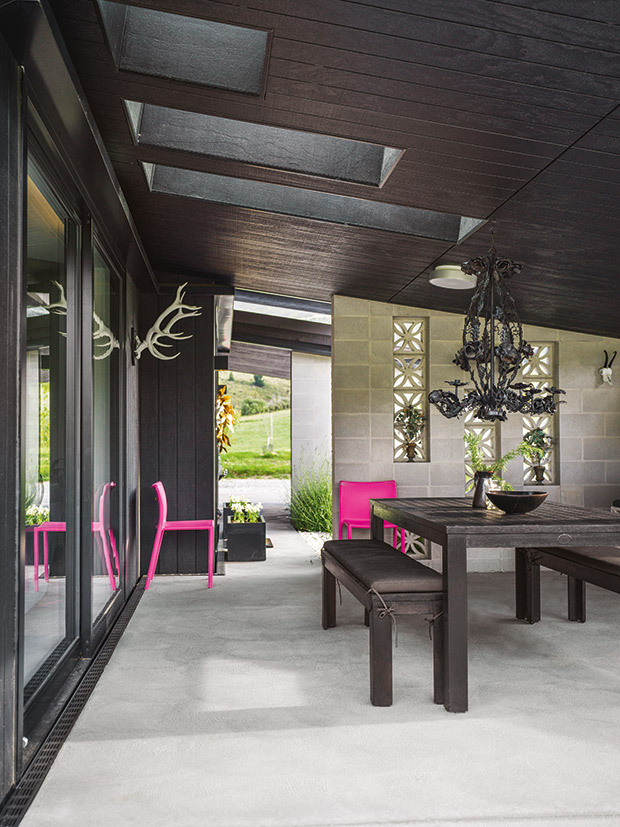 She was adamant about incorporating breeze blocks somewhere in her home as they reminded her of the Gore Baths she used to visit as a child. (Given the force of the Gibbston wind, architect Stacey Farrell thought breeze blocks were an excellently “ironical element”.)

Her days are far roomier with no manic Sticky TV gallop with which to contend. “I have time for things that I enjoy — like charity work. I love giving back. And when you do things for the community, you meet some interesting, good people.”

More stories you might like:
Hearts of hemp: Why The Brothers Green have sown their faith in this protein-rich crop

Mary is a trustee of Turn Up The Music, a local charitable trust that seeks to improve the lives of children in the Wakatipu Basin via music. “It’s an important time for the warmth of music to calm the district. The trust’s philosophy ‘music changes lives’ is more vital than ever. Alongside our music school, we hire out instruments and award scholarships and grants for those who can’t afford
it. It gives kids an opportunity to learn, perform and engage with music.” Mary in her potting shed. “I’ve tried a few times to make a flower meadow, but Gibbston’s climate and the rabbits put a stop to that growing. I love flowers but live in an impossible place to grow them.”

Mary has also had the time to rekindle neglected dreams. She recently launched a business that fulfils a lifelong wish to work with flowers. Her new business venture is called the Rosy Glow Project: hands-on workshops for those wanting to stretch their creative muscle and find a bit of uplift.

While most sessions revolve around floral work, some stray into other areas, such as candle-making and how to make the best cup of tea. After decades of adding bounce and sparkle to the lives of children, Mary figured grown-ups also could do with some perking-up. 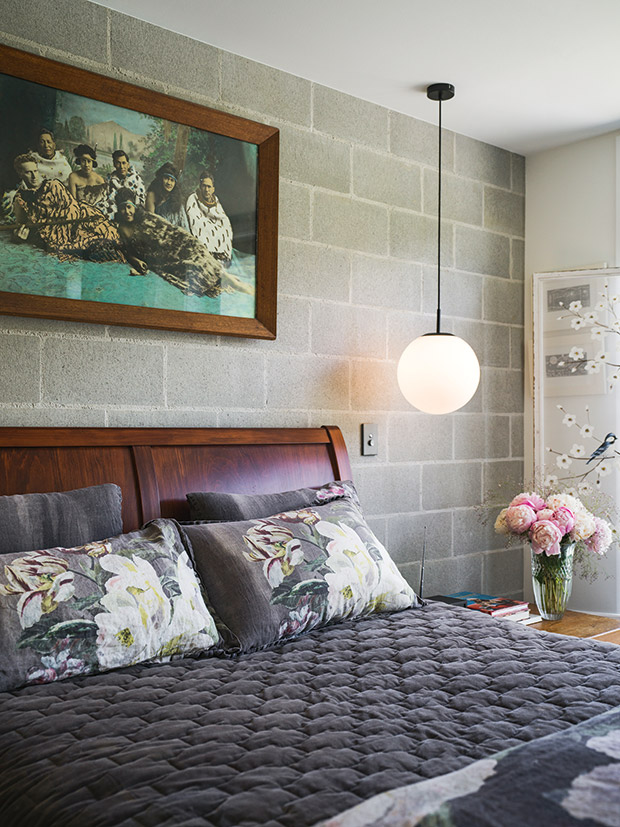 She didn’t have to look far for a suitable Rosy Glow venue: Maison Noir has the perfect “uplift” credentials. At an altitude of 550 metres, it has an abundance of good mountain air and an interior that hosts an eclectic mix of modern art, elegant furnishings, funky ceramics, and Catholic collectables. Of the latter, Mary says: “Once a Catholic, always a Catholic. I love the iconography and find the rituals comforting.”

Mary’s moggy Daisy has tried to cull some of Maison Noir’s Madonnas. She broke two that compromised the route to her favourite sleeping spot — inside the cavity of the grand piano. But, as she hasn’t yet had a swipe at any other religious icons, it’s too early to tell if she’s atheistic or just plain clumsy. Surely, she’s cowed by the commanding life-size statue in the hallway? Mary: “She’s not interested in Jesus one little bit.”

There’s a heartfelt backstory to the name of Mary’s new floristry-workshop business, the Rosy Glow Project: “Flowers are my most favourite thing in the world. I’ve had a passion for them ever since I was little and always wanted to be a florist. My childhood friend Rosalind (Rose) loved them too, and as young girls, we’d wander around Gore picking flowers — often from our neighbours’ gardens when they weren’t looking — and then make bouquets for everyone. Rose went on to become a florist. “She died recently, so I wanted to create something special in her honour. She was wonderful — she was my memory keeper.”

The joy-squeezing business of a global pandemic was another motivating factor behind Mary’s new business. “I wanted this project to be fun and to transport people away from their normal day-to-day issues.” Mary considered only one hue for Maison Noir’s exterior: “Black has always been my favourite colour,” she says. “When I was a kindergarten teacher, the other teachers would complain about the kids painting with black all the time. But I loved it.”

In her sessions, she imparts clever tricks she learnt on floristry courses and tips for keeping flowers fresh. Participants’ spirits are further lifted by high tea and a glass of bubbles. “I want people to leave with a rosy glow of inspiration and positivity,” she says.