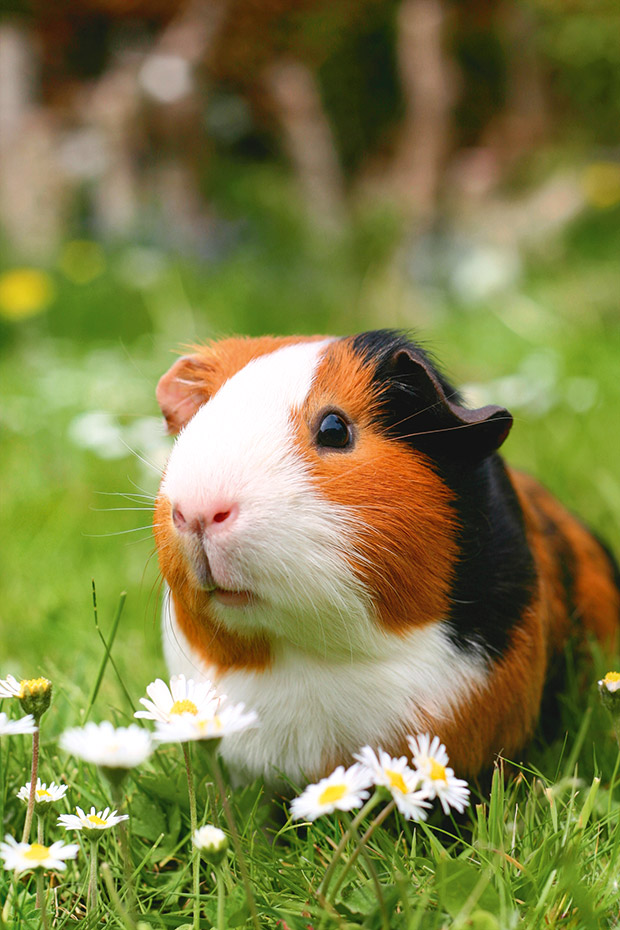 The grass in this orchard is kept neat and trim by the cutest, littlest lawn mowers.

Who: Alexia and Colin Simpson
Where: Matamata
What: 11 guinea pigs in an 80m² orchard

Alexia and Colin Simpson’s herd is small, squeaky, and one of the cutest ways to control grass and weeds in an orchard.

They stumbled onto the idea of using guinea pigs by accident. “We started out with guinea pigs when our (then) seven-year-old daughter Sonya wanted to earn some money,” says Alexia. “The local pet shop said if she bred them, they would buy them.”

That was more than 30 years ago, and they’ve had guinea pigs ever since. But the couple only discovered their use as gardeners after they started an Airbnb. 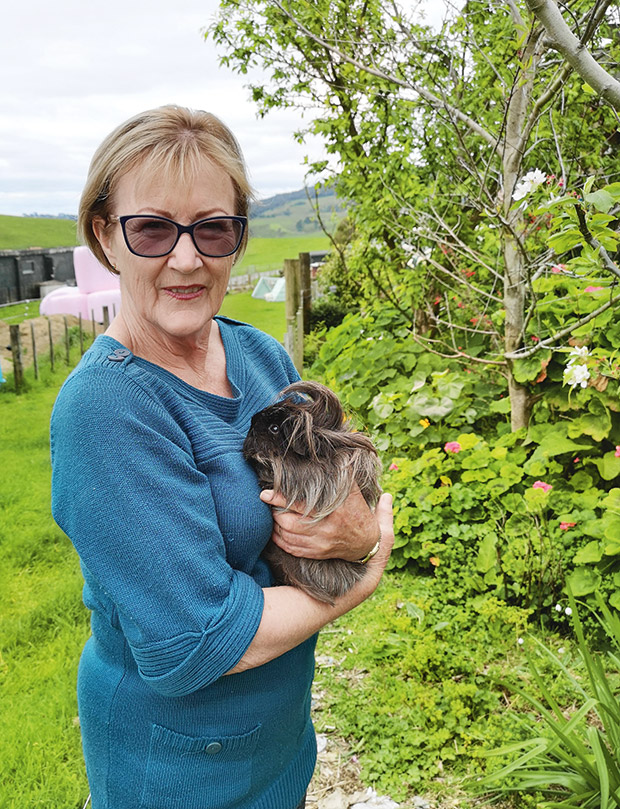 “We originally chose to have guinea pigs again because we wanted an animal that people who stay at our Airbnb could interact with,” says Colin. “Something that didn’t bite or scratch, that was happy to be held and petted, and that children especially would enjoy interacting with. Then we found as our numbers crept up that they did a great job of controlling the grass for us.”

The couple has eight females and three neutered males. That’s because guinea pigs are prolific breeders – males are fertile once they’re five weeks old. Another reason for neutering the males is because they didn’t want to breed or sell them again.

They’ve found new pet owners often don’t know how to look after guinea pigs. They’re social animals and unhappy if not in a pair, but people often insist on buying just one. Their little herd looks after the orchard. Alexia describes it as a process of trial and error. 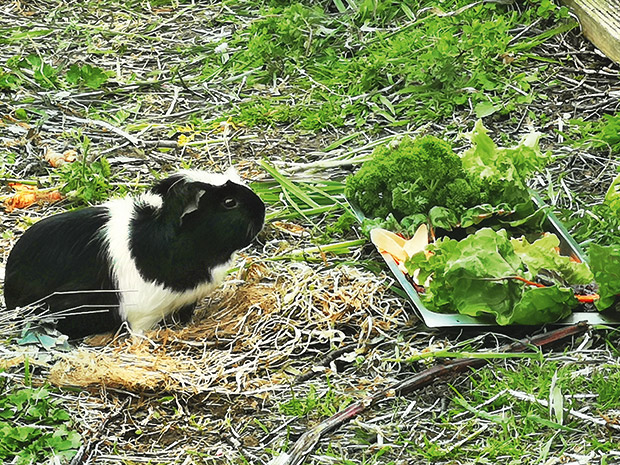 “We can grow any trees that we like, but we tried to grow berry canes, and soon after planting, the guinea pigs ate the bottom out of them.”

She’s very forgiving, though. “It’s easily fixed – the next ones will have protective piping put around the base of the plant.”

Guinea pigs need to be managed the same way as any other livestock. They require a good quality diet, fencing, housing, and a stimulating environment. A basic daily routine is also important for their welfare. 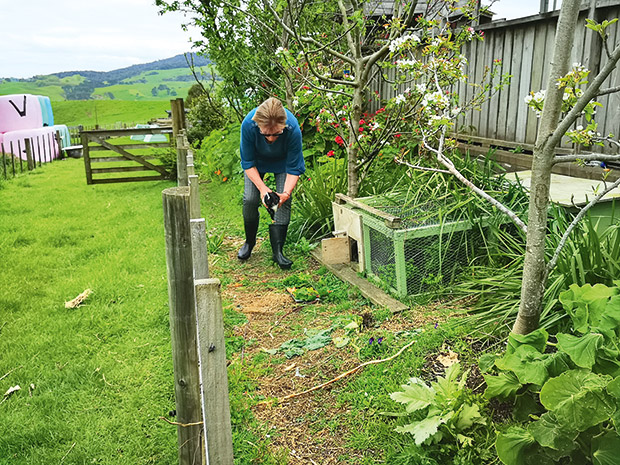 The herd is rounded up and locked away in a predator-proof hutch at night.

“The guinea pigs are free-range, but they always go into their cages at night,” says Alexia. “They’re social animals, and they stay together.”

The couple feeds them a varied diet, including guinea pig pellets. “We like to give them vegetable and fruit platters to ensure that they’re quiet and that they get all the nutrients they need in their diet. It also makes for great photo opportunities that the Airbnb guests love.” 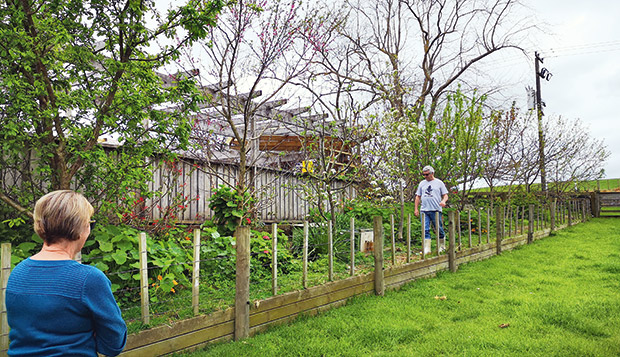 The couple have 11 guinea pigs which control the grass in an 80m² area.

But the best thing is they do a great job trimming the grass. “We don’t have to mow or spray around our orchard, our water tanks, or our raised vegetable gardens,” says Alexia. “It saves a lot of work, time, and money, and it’s better for the environment.

“They’re a bit of work. In the winter, we sometimes have to pick grass for them, but we find that they give back to us more than we give to them.”

7 IMPORTANT THINGS TO KNOW IF YOU WANT GUINEA PIGS

1. Guinea pigs are social animals and need to be with other guinea pigs, not rabbits or other animals.
2. They need a varied diet, including grass, guinea pig pellets, and vegetables.
3. They need regular treatments for parasites.
4. Guinea pig teeth grow continually, so they need sticks to gnaw on, such as pruned branches.
5. Guinea pigs are prey for just about everything: cats, dogs, weasels, ferrets, stoats, and hawks. They need to be locked up in predator-proof hutches at night.
6. Guinea pigs need an enriched environment, with places to hide, such as clumps of ornamental grass. They also enjoy fun things to do; Colin and Alexia use old pieces of guttering as tunnels. Other options include guinea pig balls and treat toys.
7. If you don’t plan to breed guinea pigs, you need to neuter the males, which costs around $110.

More stories you might like:
Do you have what it takes to raise homekill? This block owner shares how to look dinner in the eye