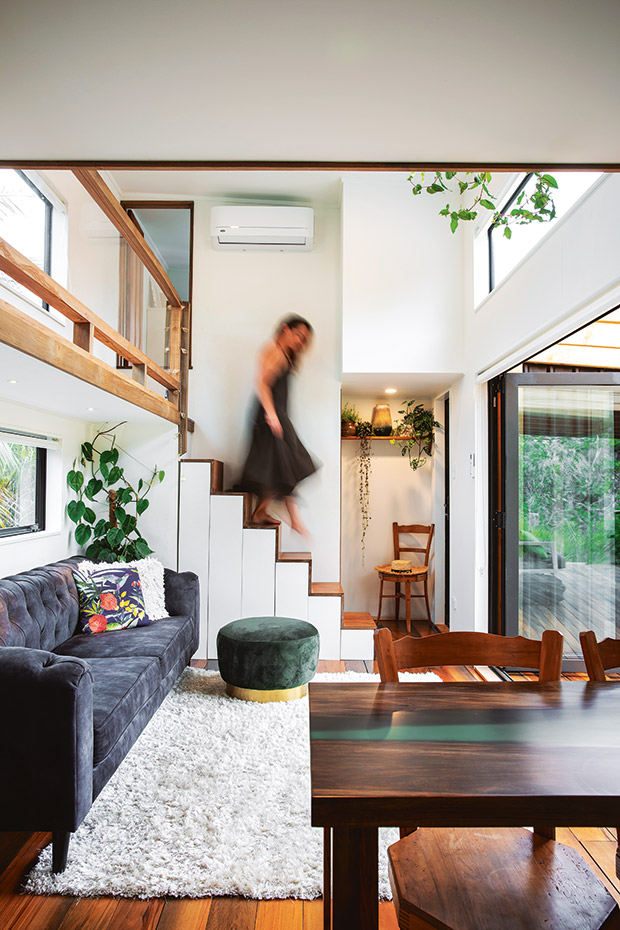 Dreaming of living in a tiny home? From refurnished boats in Whanganui to views of the Auckland skyline, the space is small but the ideas are bigger than ever.

There’s a big push to go small in New Zealand. As housing increasingly becomes unaffordable for many — home ownership rates in December 2018 were 62 percent, the lowest in 67 years — tiny homes are looking like an ever-sensible option. While there’s no legal definition of a tiny house, they are mostly less than 40 square metres and come in a variety of designs including loft-style, peaked-roof homes and tiny houses on wheels (THOW), which can be towed on a trailer.

Some owners have built their own small homes using free plans available online (for example, at ana-white.com), which are posted by other members of the tiny house community, and there are a number of New Zealand companies selling pre-built or customised tiny homes. A 7m x 3m tiny house on wheels on rented land near Owhiro Bay in Wellington. The house took 12 weeks to build. Marcel Syron, from Whangarei tiny house company Love Shack, says the demand for tiny homes has increased by 150 percent in the past year.

“The housing crisis and associated increases in property have left people questioning the status quo,” he says.

The Kiwi dream of owning a property has some serious strings attached to it. Tiny houses can offer affordability and efficiency. They are usually partially or entirely off-grid and far more economic to heat and maintain, he says. Rebecca Bartlett’s tiny house business is doing so well she’s now offering franchise opportunities. The managing director of Tiny House Builders in Katikati says many people are attracted to small houses because they want to create less waste and downsize.

“Customers want to do their part for the environment by trimming back excess and leaving a smaller footprint,” she says.

“Growth is coming from people wanting an alternative solution, and the variety of ways people use tiny houses is interesting. Some want them as baches, but most builds are for permanent living. Retirees see the potential in living on their children’s sections, and others see tiny houses as a first step onto the property ladder.”

Discover why these eight Kiwis are loving the tiny-home life. 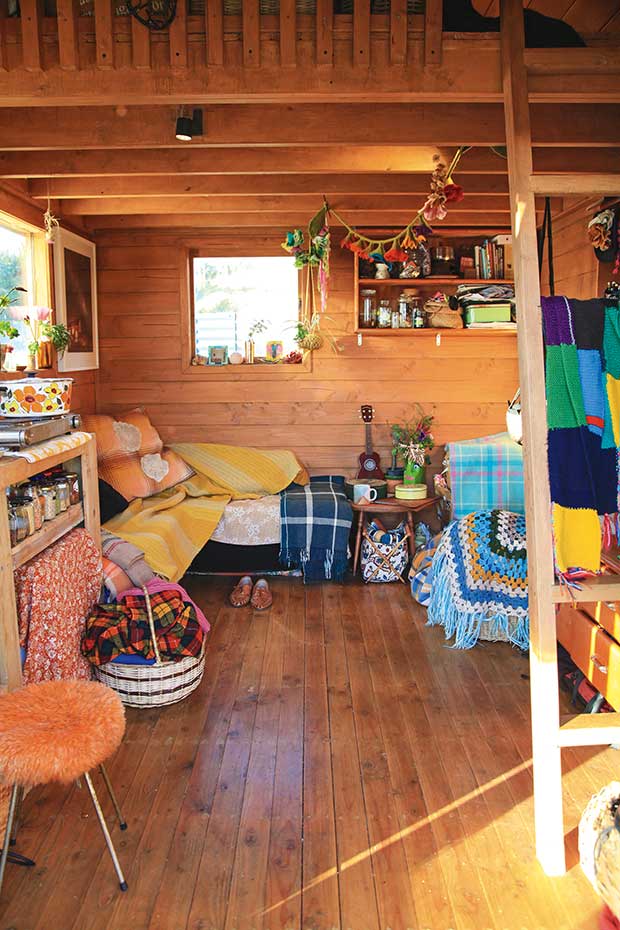 A sewing teacher with a superhero-like enthusiasm for saving the planet packs a heap of personality into her three-metre-by four-metre tiny house. 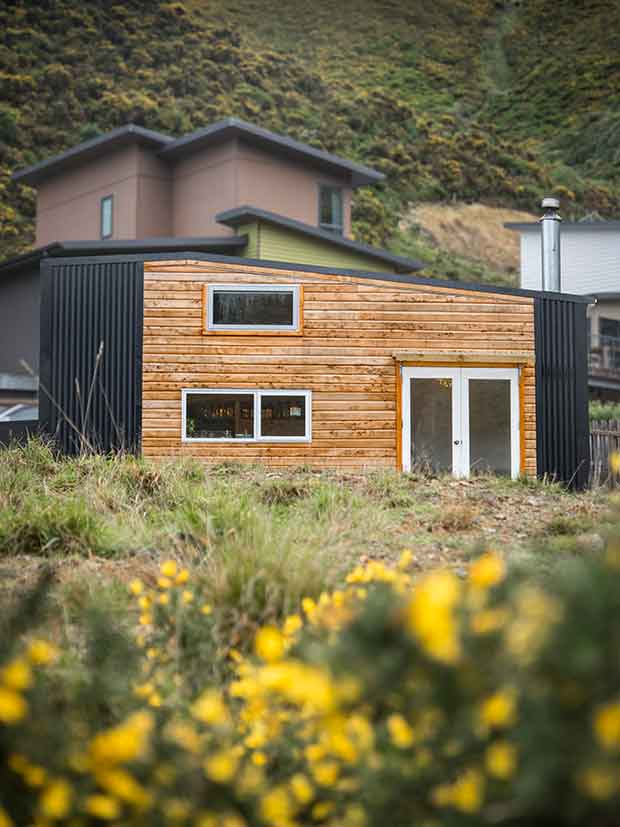 A young Wellington couple talk about designing and building their first home, a tiny house on wheels, and reveal what it’s really like to live in a whare iti in winter. They first drew designs in the sand at Lyall Bay to give them an idea of what living in a seven-metre-by-three-metre house would actually feel like. The Iona is open to holidaymakers keen to fold themselves into her 36 square metres – or 57 square metres if her deck is included. Inside, the tiny boat-turned-house has everything one expects – a bathroom, full kitchen, lounge and double bedroom, with a single berth hidden away. There’s even a fridge and microwave tucked under the bench, and a miniature log burner to keep visitors cosy. New Zealand’s first Survivor winner is back-to-basics again in a 36sqm tiny house, using lessons learned during his time in Nicaragua and Ghana. 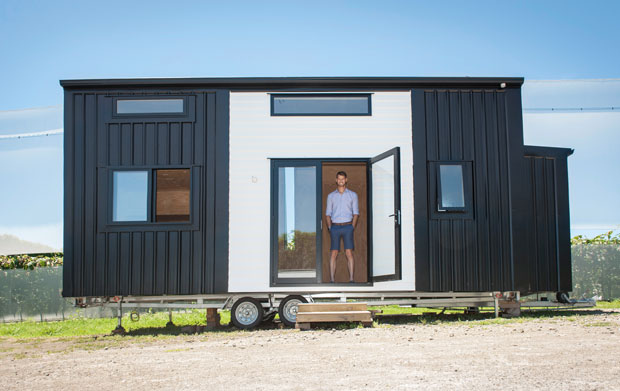 When Nathan Orr moved from the Waikato to the Bay of Plenty to take up a new job as a beekeeper, he took his house with him. The 32sqm house was loaded onto a trailer in October last year and, as dawn broke, towed 127km across the Kaimai Ranges from Hamilton to its new site on the outskirts of Te Puke. 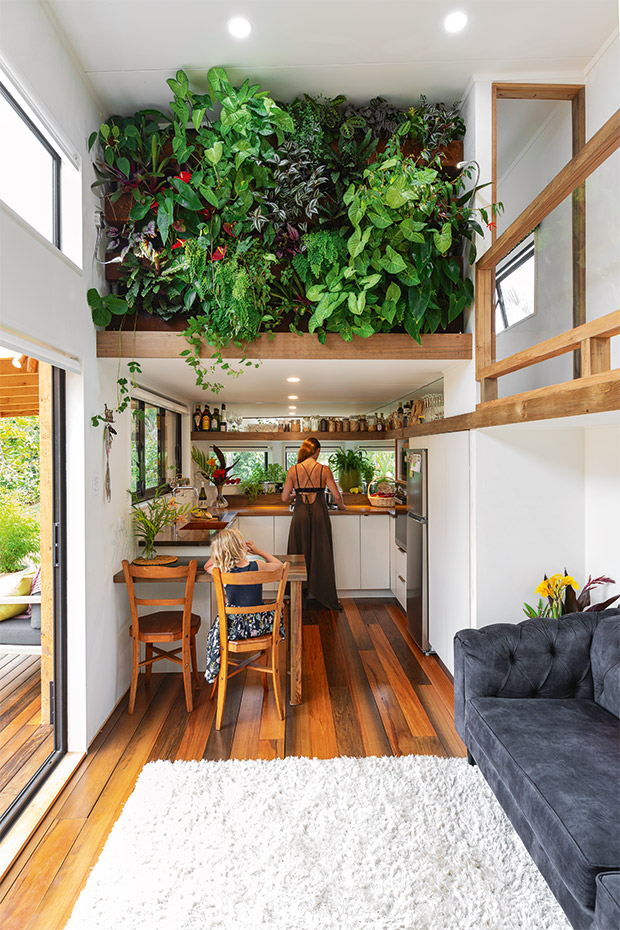 A world-class springboard diver is not only relishing a second chance at her athletic career but also hoping her tiny-homes business will have a big impact on the planet. The five-metre-by-2.8-metre house (plus porch) in which she and five-year-old daughter Hazel live is teeny-weeny, “unsplashy” and all they need to live comfortably. The home, built by Shaye’s company, Shaye’s Tiny Homes, is so new it smells of freshly sawn timber. 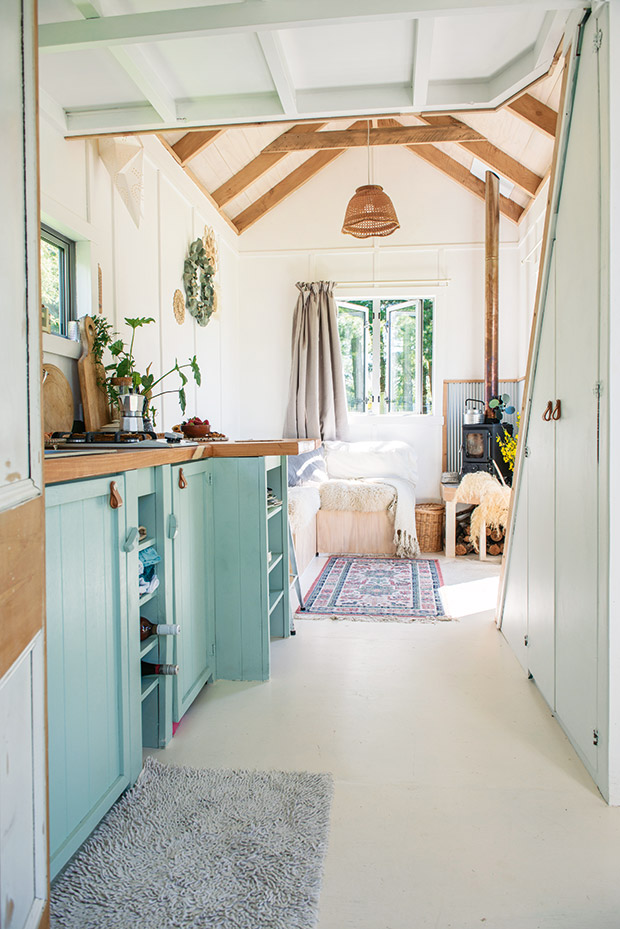 Marie wanted a home that fitted in with its Mackenzie region environment, so she designed the 6 x 2.4-metre dwelling to have the look and feel of a large shepherd’s hut. 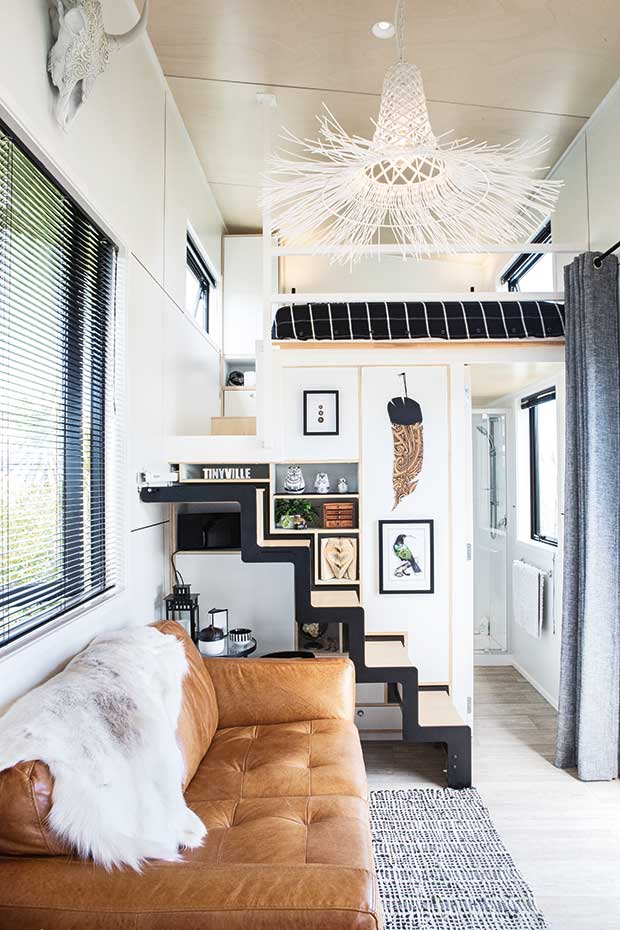 Was it sailor’s luck that helped them land the Waikawa Beach bach? Shirley and Rodney were looking for a holiday house on the Horowhenua Coast and found treasure. The final 7.2-metre-by-2.4-metre house has two mezzanines with a queen bed in one and a separate lounge in the other. They called the house TinyVille.

For more stories like this, read our special edition, Sustainability Through the Seasons. This special edition practical guide to living a greener and more environmentally friendly life 365 days of the year. It is packed with self-sufficiency tips on seasonal gardening, low-waste living, garden-to-table cooking, sewing and mending, bread-making and crochet and knitting.