New Zealand actor Nicola Kawana feels her life is nicely balanced between roles on the stage, in film, and her work as a gardener.

Seven-year-old Nicola, then a proud member of a small Hawera school’s horticultural society, took out first prize for Best Anemone. “We’d been given seeds and when I won a certificate for my anemone, I was devastated. To me, the bloom was far too open and it didn’t look beautiful enough because, to me, it had gone past its best.”

Nicola Kawana, today a well-known actor with a long-running role as Dr Huia Samuels in the iconic TV soap Shortland Street and many film parts behind her, shares this anecdote as she considers life at 49. Unlike her anemone, she is far from past her best. In fact, life is blooming nicely and in harmony between her two chosen worlds of the theatre (or screen) and the natural environment of domestic gardening. 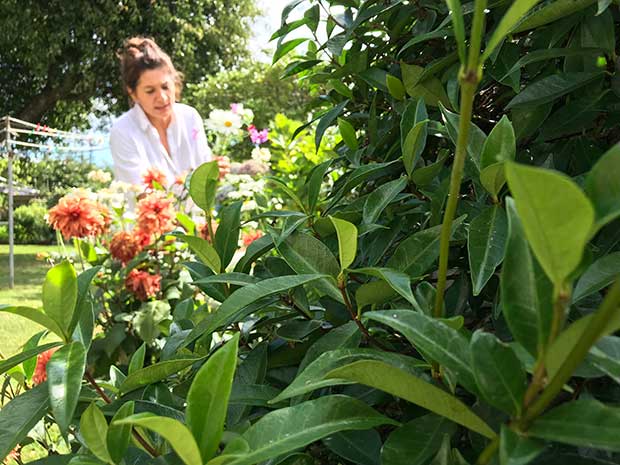 Taking up horticultural work is something of a return to her roots for Nicola who, along with her three siblings, grew up in a family of gardeners. “Growing up in the 70s in a really small town, everyone had gardens. My aunties and uncles, grandparents… it was the norm to grow food. I remember my Dad gathering seafood and leaping a neighbour’s fence to gather mushrooms.

“Today that is called foraging and it is fashionable. But back then it was just what we did, it was part of life. Op-shopping, preserving and living largely outside the consumer world was just how things were done. It amazes me that in such a short time that way of life has become the exception.” Nicola wants to ensure that way of life is her normal and, between acting and digging, she thinks she is pretty close. That is most definitely not to say she is turning her back on her acting career. She is currently preparing for a role in the Auckland Theatre Company’s Astroman which means some outdoor clients will take backstage for a while.

The mother of two who lives in the Auckland suburb of Westmere says gardening balances and informs her life. “I don’t want to be that person with no voice. I’m just as happy to hang out in the garden. I don’t need to be acting for my ego. 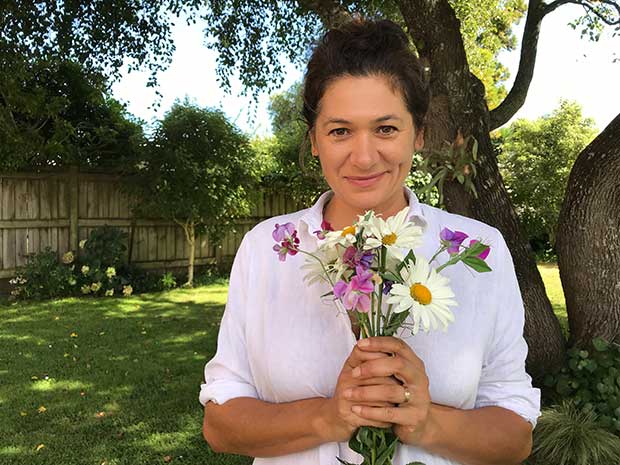 “In my 20s and early 30 I had many screen-acting jobs, but I noticed a trend. As I started heading towards my forties, I’d either become invisible or was getting these ridiculous roles where I’m standing behind a man and he’s talking all the time.”

In search of diversity, she headed to Auckland’s Unitec to study horticulture. “I’m a bit of a geek and I ended up really loving botany and soil health and finding out about agro-chemicals – which really confirmed why I would never use them. The now-organic gardener says she takes a very old-school, holistic approach. “When I garden I’m not just thinking about it feeding us, I’m thinking about it feeding the soil and the insects in the soil and the birds and the butterflies and everything that comes to the garden.”

Nicola now has regular clients around Remuera and Mission Bay but is slowly heading away from heavily groomed gardens to those which are more natural and free. Like her. “The gardens that I love have food, natives, aren’t overly manicured and with a lot of biodiversity.” Her favourite garden is in Parnell, by the Xanthe White designer Zoë Carafice, where the owners give Nicola almost complete control. “When I’m in that garden, I don’t feel like I’m working.” At her Westmere home, from which Nicola derives almost 50 per cent of her diet, she enjoys the evening gardening available during daylight saving. Her current challenges include discouraging cats from using the garden as a litter box and keeping the ground from drying out too much. “I’m doing lots of mulching. Oh my god, it’s so dry. I used the Christmas tree. I put all the pine needles around the potatoes and the rest of the tree into the garden because as it breaks down it loses its acidity.” The Auckland dry is worrying her as summer turns towards autumn and she speaks about her plants as though they were family members. “I only try and water every third day. The plants need to toughen up a bit.”

In March, Nicola performs in Astroman, marking 30 years since her first professional acting debut in Hone Tuwhare’s In the Wilderness Without a Hat in 1989. She is Mrs Mahara, a school teacher who recognizes the talent of a boy-genius in her class. Written by Albert Belz, Astroman premiered in Melbourne and Christchurch in October last year. Nicola is excited to be directed by her friend Tainui Tukiwaho and starring alongside Miriama McDowell. Set in 1983, she says to expect “lots of shoulder pads, and big, bold earrings.”

Nicola studied drama with Taranaki Youth Theatre in the 1980s, is still recognized as ‘Dr Huia Samuels’ from her 2005-06 role on TV series Shortland Street and her portfolio includes drama Under the Mountain, Rendered, films Fresh Meat, Pumanawa: The Gift, TV series Mercy Peak, Jackson’s Wharf as well as TV presenting on Whanau Living and Get Growing. Between her horticultural work and acting, Nicola feels she finally has the right balance and can be her authentic self. “I’m doing enough acting and enough gardening, and not too much of either. I’m feeling quite lucky at the moment.”

“It’s great to do a show but I get quite exhausted at the end of it. I love people, but then I have to go and just hang by myself and that’s where gardening is perfect.” 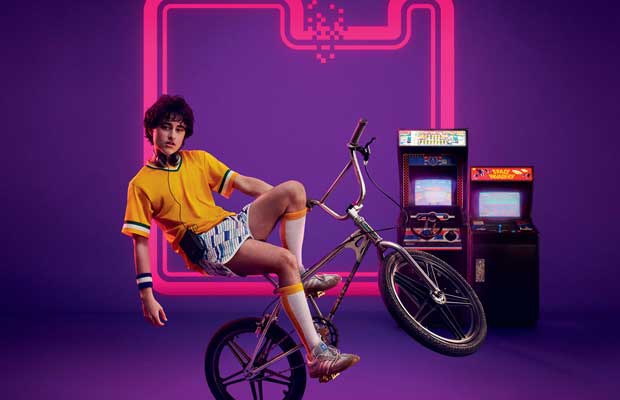