It may not be the female action-hero film you’ve been hanging out for, but a new movie starring Alicia Vikander breathes new life into the relic-hunting character Lara Croft.

The 1996 game about an English archaeologist was groundbreaking in its time for its use of a female lead character. Acrobatic gun-toting Lara Croft held her ground amongst the other ‘90s male shoot ‘em ups and platform games (although she did lose points in the female role-model department for her highly-sexualized triangular-breasted animation). An action-packed scene in Tomb Raider.

When Lara discovers her father’s secret workroom, she follows his last-known tracks to a remote Japanese island, where he was searching for the tomb of an ancient queen called Himiko.

On the island, Lara is captured by crazed researcher Mathias Vogel (played by a googly-eyed Walton Goggins), and she must not only save herself but the world from what’s inside Himiko’s tomb. 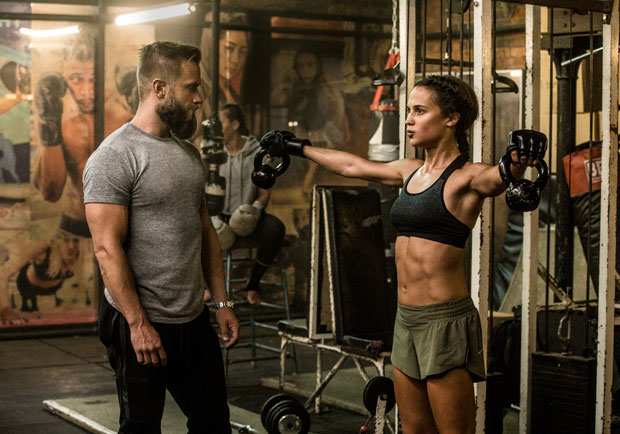 Although it’s all a bit silly, Vikander gives a great performance as she jumps from crumbling ruins and dodges bullets. She also manages to flesh out the character’s backstory in a way that Jolie never accomplished.

More stories you might like:
The couple behind Hastings Distillers were led by their noses to create artisan spirits and liqueurs

In the female action-hero stakes, it doesn’t measure up to 2017’s Wonder Woman (this film barely passes the Bechdel test, which requires two female characters to talk to each other about something other than a man). But it is good fun.