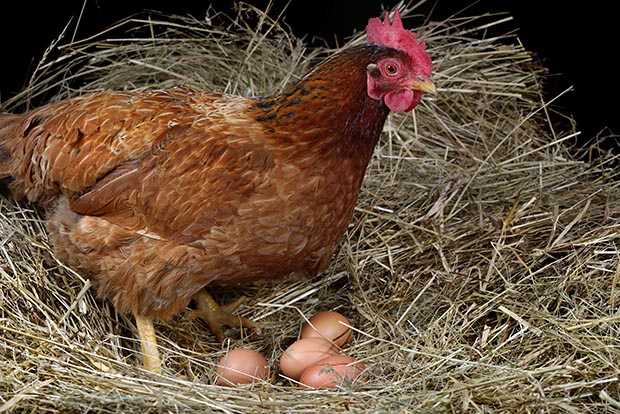 The description of a hen being ‘egg bound’ is often mentioned but is it really egg bound? Here’s how to find out, and how you can get hands-on and help out.

The process of laying (oviposition) can be compromised when an egg becomes stuck, either by being too big or by turning sideways, blocking the way out.In a normal situation, the egg comes down the oviduct with its pointed end first. It is turned around after it leaves the shell gland by contractions of the uterine wall, and is laid blunt end first.However, sometimes if a hen is disturbed or becomes stressed (for example, if she gets a fright) during this process, she may try to lay her egg before it has turned, resulting in a cross ways delivery. It may be the egg is not overly large but just not in the right position. 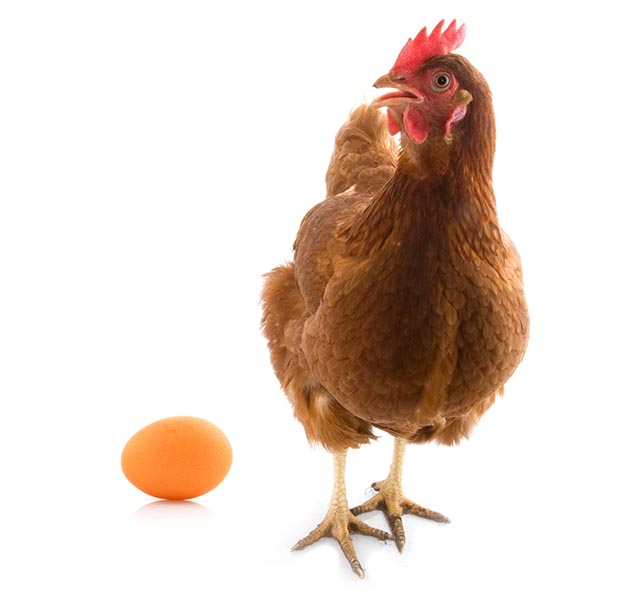 Gently feel what’s going on by squeezing her abdomen either side of the vent to feel for an egg, or gently insert a gloved, lubricated finger to ensure that there is actually an egg present.

Stand the hen in a tub of warm (not hot!) water for 15-20 minutes. This will relax her and rehydrate the vent.

Alternatively, sit her on a warm wet towel in a confined space.

Afterwards, massage the vent with something like KY jelly to help lubricate the passage, then place the hen in a dark confined place for about an hour.

If she still doesn’t pass the egg in this time,  you can try to massage the egg out by applying gentle pressure on the area.

THE LAST RESORT TO HELP AN EGG-HOUND HEN

This video shows avian vet Dr Pam Gordy demonstrating how to remove an egg from an egg-bound hen:

You can help mimic contractions by massaging the egg down the oviduct – you do this for a few seconds at time so it doesn’t cause the hen stress. If she closes her eyes, it’s a sign of distress so be very careful and observant. You can also use a small syringe (without a needle) to squeeze a little lubricant into the oviduct to help the hen pass the egg. The key is to do everything slowly and gently.

Make sure the hen is warm and securely held by someone else. If you can see the egg but it still won’t come out, you can drain it of its contents to help remove it. You will need a large syringe and a large gauge needle. These needles tend to be short (2-3cm long) and wide so it’s easier to draw the thick yolk and white out of the egg.

The person holding the hen should have it upside down so its back is resting on their knees. Their hands should be on either side of the egg so it can’t move while you are using the syringe. You will need to very carefully break a hole in the egg to insert the needle, then use the syringe to withdraw the liquid contents (yolk, white). This may be difficult even with a large needle as the yolk and white are quite thick. 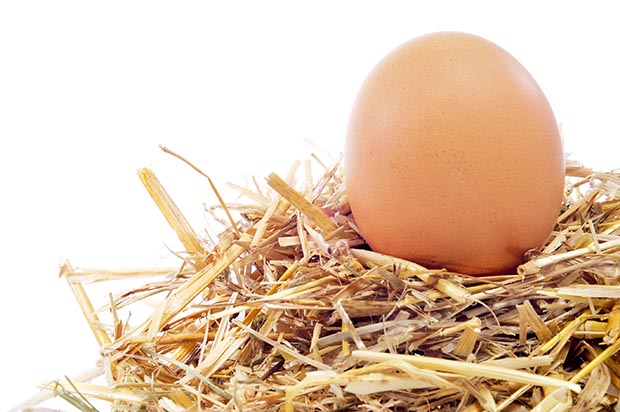 Once you have it drained, you have two choices. Dr Gordy recommends leaving the hen to rest and see if she can pass the now empty egg herself – it will be easier for her as the egg will not be a solid mass – and notes this can take days. In one case it took the hen a month to pass the remains of the shell (which is did successfully).Once the hen has rested, you could also try using your fingers on the outside of the hen to very carefully collapse the shell. You are trying to keep the egg’s membranes intact which will help to hold the shell together for easier removal.

The danger is that the broken shell causes irreparable damage to the hen’s oviduct. You may or may not see blood, but your hen’s behaviour will also give you clues.

A distressed bird in pain will be tucked up, not moving and have her eyes closed. Keep her warm and offer water and protein like jellimeat.

PREVENTION
Ensure you feed a balanced diet which contains adequate calcium, plus additional oyster shell grit for the heavy layers, but never add it direct to their daily feed. The correct blood calcium level is essential for the muscular contractions which expel the egg. Avoid excess tit bits and treats that may lead to excessive fat deposits in the abdomen, also avoid feeding excessive protein as this can lead to an increase in egg size.

WHEN IS A HEN NOT EGG BOUND

These are all conditions which are considered by some to be signs of an ‘egg bound’ hen but these various symptoms may also be connected to a problem in the egg production regions, but not specifically to do with an egg being stuck.

The hot, tense or fluid-filled abdomen may well be due to a condition known as egg peritonitis.

This occurs when egg yolk material slips down into the body cavity (known as internal laying) instead of going down the oviduct. It can build up between the loops of the intestine and peritoneum and not cause a problem if it happens infrequently. 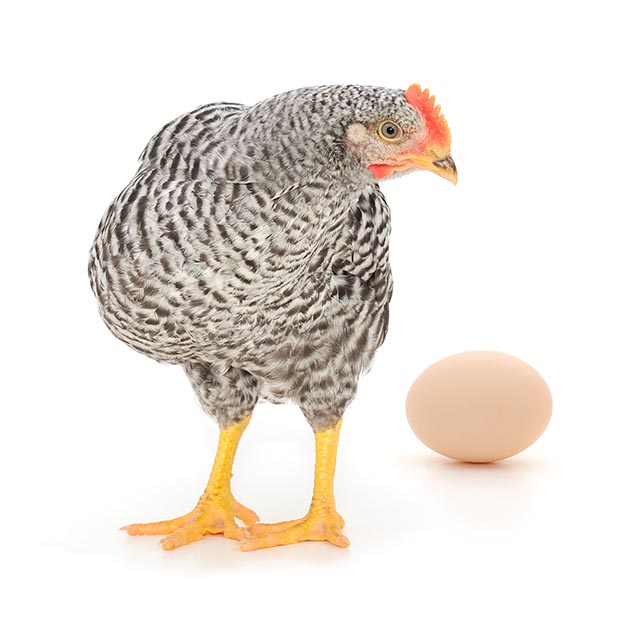 But it can also be a zone for bacteria such as E. coli to multiply, finding their way up the oviduct from the faecal contents in the cloaca. In time the area becomes full of pus and fluid leaking out of the inflamed tissues.

This has nowhere to drain and eventually the infection will overcome the bird and she will die of shock and blood poisoning. Sometime antibiotics can get on top of the infection but if the bird continues to lay internally the problem will return.

Other problems with the ovaries and oviduct can also cause problems which look similar to being egg bound.

Salpingitis (inflammation of the oviduct) or tumours which invade the oviduct or liver may result in the bird appearing to be very full and heavy and not laying.

These latter symptoms appear gradually over time, whereas an egg bound hen will be perky and normal one day and sick and depressed-looking (with an unlaid egg evident) the next.