“Growing food and helping others is inspiring to me”: How Shannon Wright created her nutrient-dense market garden, Backyard Jem 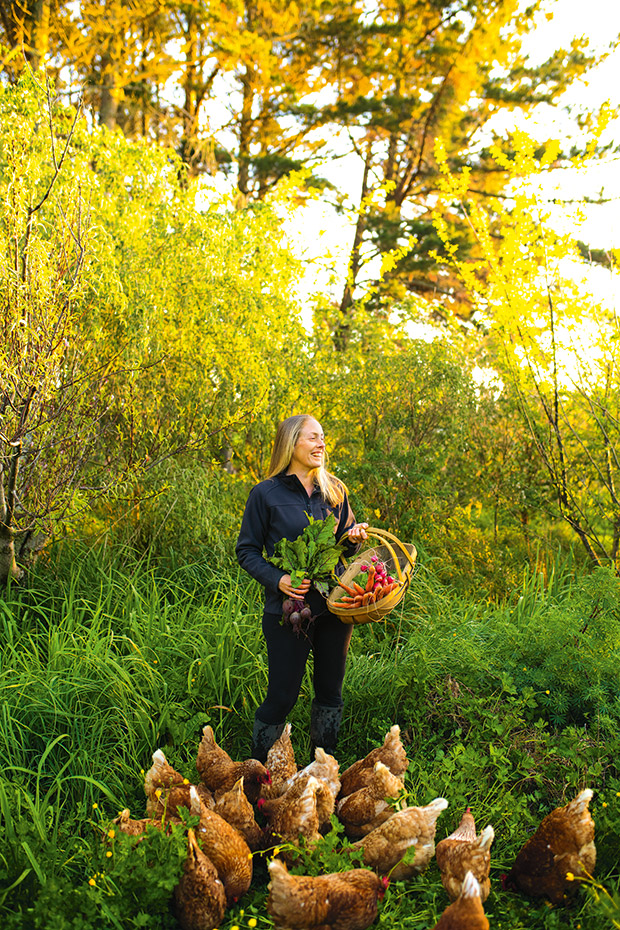 Shannon Wright has turned a passion for nutrient-rich food into a growing business of goodness.

The rabbits love Shannon Wright’s garden, and you know how they feel. It’s very easy to nibble your way down row after row of her spray-free, organically grown crops. A pulled carrot comes out of the ground so clean, it just needs a wipe before you chomp into its sweet crispness. By the time you’ve had a taste of all the leafy greens, it’s the equivalent of a large, fresh salad, and you’re not even halfway around the garden.

It’s the kind of place that makes you feel good, and that’s important to Shannon. “Gardening this way makes me come alive; it fulfils me. It’s growing food and helping others, which is so inspiring to me.”

Her metamorphosis from office worker to market gardener began after she did a permaculture design course with NZ garden guru Kay Baxter at the Koanga Institute near Wairoa. 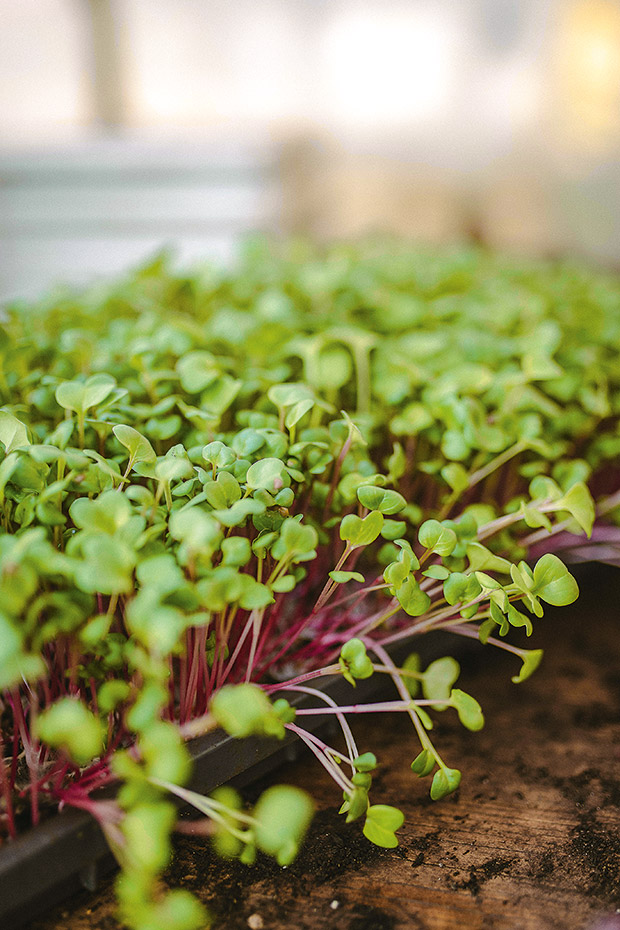 “I spoke to (husband) Raymond after doing that course and said, ‘I don’t want to go back to working in an office, I want to do what I feel really good doing.’”

Friends and neighbours Cynthia and Rob were keen to support Shannon, leasing her a third of a hectare (¾ acre) former sheep paddock a minute’s walk up the road. She did more training with bio-intensive grower and friend Jodi Roebuck (roebuckfarm.com), and Canadian grower and Urban Farmer author, Curtis Stone.

Two years later, there’s a 630m² tunnel house that Shannon and Raymond pulled apart, transported, and re-built (thank goodness for a husband who used to be a builder, says Shannon). Its curtain-like sides can be lifted on hot summer days for airflow, or rugged up tight to keep the temperature noticeably warmer than outside on a cold winter’s morning. It’s a big change from the little polytunnels she used to have covering rows of the garden. “To be honest, they were a pain in the behind. We get really bad south-westerlies here so you’d go down to the garden, and everything would be ripped up and tossed around. Hoops were broken, even though you’d try to pin them down.”

When you walk into most commercial growing houses, what you notice after the jolt of warmth and humidity is the wafting metallic tang of chemicals from sprays and fertilisers. The air in Shannon’s tunnel house is sweet with the scent of fresh greens and earth. She’s begun the paperwork for the official organic certification process but has been following strict organic practices for years. 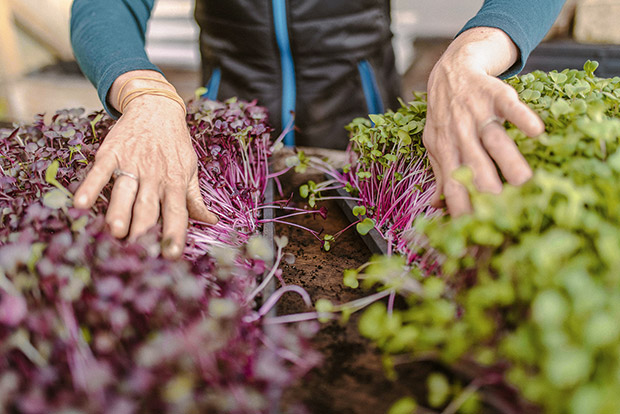 Her goal is to grow the most nutrient-rich vegetables she can. That starts with feeding the microbe population in the soil.

“The microbes attached to the plant roots enable the plant to uptake nutrients and that brings the Brix levels up,” says Shannon. “But I find that it’s really hard to do it with lettuce, probably because it’s quite a watery leaf. This is sandy soil, and it’s a work in progress all the time.”

Shannon has added copious amounts of compost to the soil. However, the compost came with a downside – too much bacteria, not enough fungi.  “I stopped using that compost and now use a lot of vermicast from worms, it’s great food for the soil. Since I’ve been using it, the worm life has come up everywhere, it’s quite incredible.” Shannon buys certified organic vermicast from Revital Fertiliser in Cambridge. This year, she plans to start making fungi-enriched compost herself. The key is getting the carbon-greens mix right.

“I’m waiting on a delivery of dry wood shavings from a furniture shop, to make sure they’re all untreated. I’ve said to them I don’t want any pine in it – it’s allelopathic and sucks the life out of the soil – so it’ll be white wood which is best for fungi or types of wood that don’t smell too strong.”

Shannon runs experiments in a smaller tunnel house beside her home. It’s where you’ll find her first turmeric and ginger crops, and an unusual array of herbs not normally mentioned in your average cookbook: stevia, ashwagandha, burdock, chicory, feverfew, vervain, valerian, hibiscus flowers, and motherwort. 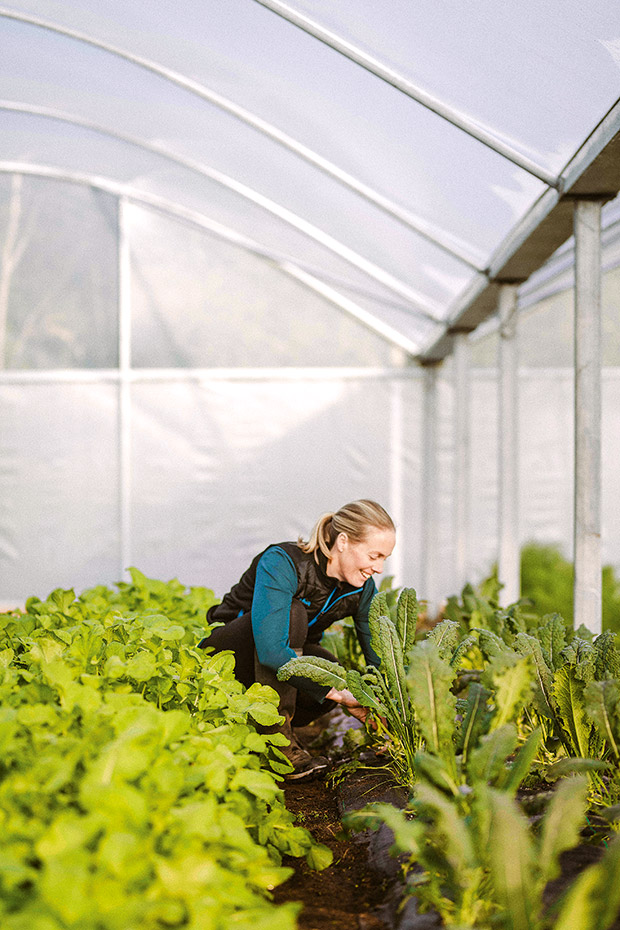 The tunnel house is over 600m². Shannon and Raymond demoed it on its old site, transported it home, then rebuilt it.

The main garden next door is significantly bigger. It’s dedicated to leaf crops such as red and green lettuces, komatsuna, tatsoi, kale, and spinach. Most are harvested as tasty ‘baby’ crops, then cut, rinsed, spun (in an old Fisher & Paykel washing machine), and bagged for sale. There are rows of root crops: beetroot, radish, baby turnips, and Shannon’s best-selling magic carrots.

“Carrots are my specialty; they’re the talk of the farmers’ market. They can grow from really small to really big, but they’re always really, really tasty.”

Shannon puts that down to the soil, and the certified organic carrot seed. It’s expensive to buy, and she pays more to get it pelletised but says it pays off. 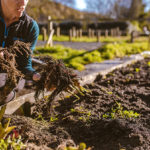 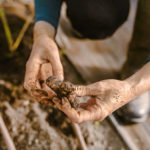 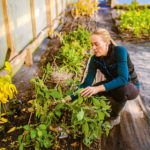 More stories you might like:
There was a time when Amanda Kemp didn’t want to be an artist — until her artistic DNA kicked in

“I get it pelletised so I can put it in my seeding machine and just run down the row sowing it, and I don’t have to thin them. It’s really expensive seed, but it’s so worth it for the flavour.”

Backyard Jem is only a couple of years old, but Shannon has big plans. She’s begun selling wholesale, is working on a local vegetable subscription box group, and is an active committee member of her local farmers’ market.

Most importantly, she wants to get more of her community eating locally-grown, nutrient-dense foods. 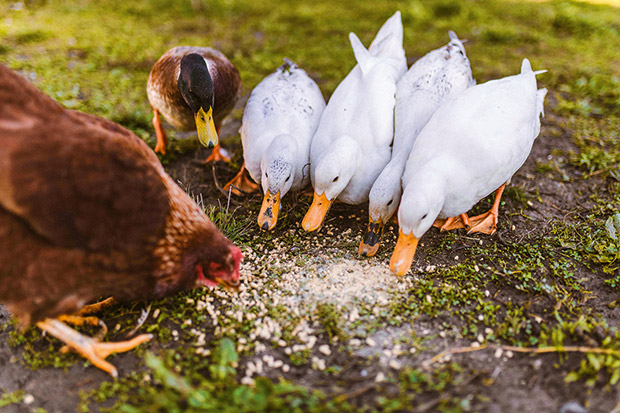 “I’ve got my hands in 15 different places, so my main focus is about streamlining my systems and procedures.

“The biggest lesson I’ve learned is it’s not that hard. You just need to be more aware and mindful with your actions and decisions. Start with small changes and keep adding to fit in with your life.” 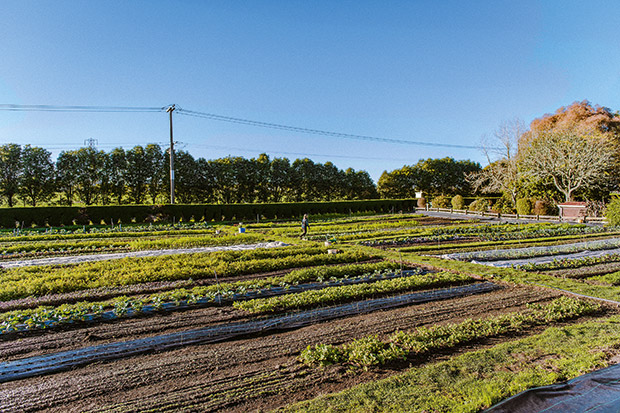 “I do some meditation, some journaling, I read, I learn. It helps that I’m really organised, and I’ve got great support around me.”

3 ESSENTIALS FOR A SMALL-TIME MARKET GARDENER

Shannon has a range of handy tools designed to make her business more time-efficient. The most important is a battery-operated drill, which powers a soil tilther and greens harvester. The tilther has little blades that mix compost, and vermicast into the top 5-10cm of soil, leaving the microbes below untouched. 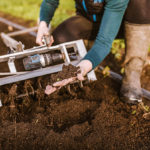 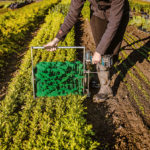 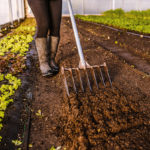 The greens harvester is a work of art. The drill turns a serrated blade along the bottom, which neatly cuts the greens, and a set of soft rope flails spin them back into a catcher bag. Harvesting used to take Shannon hours of back-breaking work snipping crops by hand; now, she can neatly cut and collect 1kg in less than 15 seconds. The bonus is the sharp blade does such a neat job of trimming the plants, they happily regrow, allowing Shannon to take three or four harvests from her salad greens.

A Jang seeder is pushed along by hand, taking seconds to evenly distribute dozens of seeds in neat, straight rows. She also has a bespoke fork with extra-long tines. It’s another important contributor to the fluffy soil, which sits 10cm above the walking tracks. “I don’t double dig, but I do use my big fork, which goes about 400mm deep, creating more airflow in the soil.”

Snuggled away at the back of Shannon’s original tunnel house are shelves of microgreen crops, tray after tray of colour and the most nutrient-rich greens you can eat. 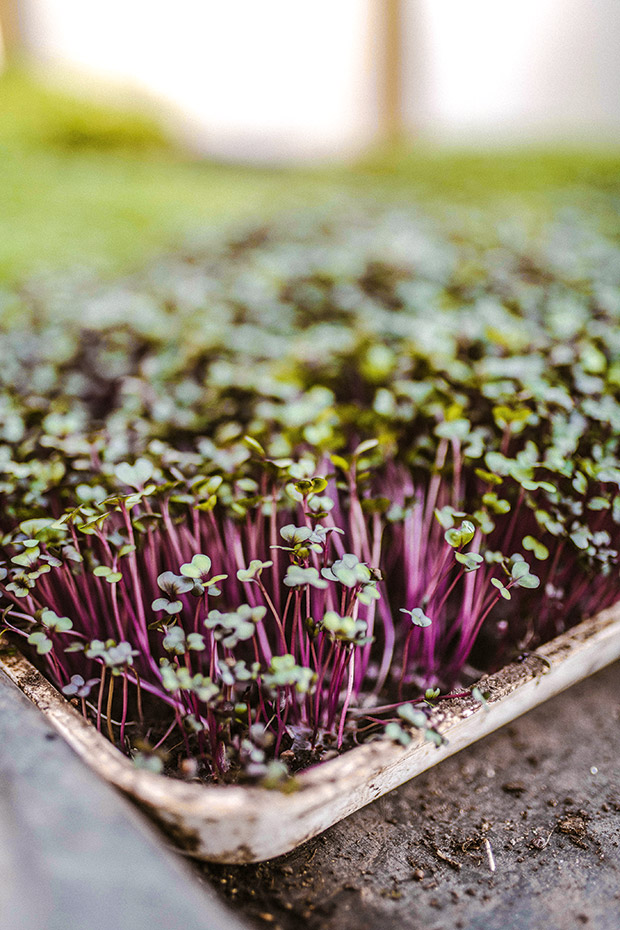 One of the prettiest is a radish called Rambo. If you’re wondering why such a delicately violet-red little plant has such a violent name, it’s all in the taste. There’s an initial flash of fresh, earthy-tasting greens. Half a second later, bam! A burst of heat hits your palate, your tongue, your nose.

Microgreens are one of Shannon’s best-sellers, cossetted for maximum goodness. There are trays of thickly sown broccoli, coriander, kale, radish, pea shoots, amaranth, and red cabbage seeds sitting on heat pads, which help them to burst into life as quickly as possible. Once plants make it above soil level, they’re watered and fed for around 5-10 days before harvest, depending on the time of year.

LIFE IN A FOOD FOREST

When Shannon and Raymond bought their block, it included an overgrown, neglected orchard. A previous owner had put old metal drums around each tree, and they were struggling. It took a while to cut all the drums off, then prune the shaggy branches down by two-thirds.

Herbs now surround the base of most of the trees. The couple inter-planted nitrogen-fixing tagasaste, willow, and alder among the fruit trees. It’s ‘chopped and dropped’ around the food forest; the carbon is an excellent addition to the soil as it breaks down. 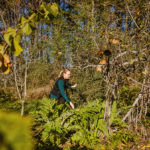 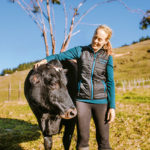 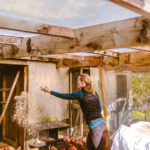 It’s also home to a huge flock of chickens, and five tiny ducks. In the paddock alongside is Glam Girl, the family’s house cow who provides milk for drinking and cheese-making and raises a couple of calves. They’ve worked hard to nurture the soil, and this year Shannon says they got a big clue that fertility is rising.

“This winter was the first one I’ve noticed our chickens hadn’t strayed over to neighbouring properties. They’ve stayed and foraged within the food forest.”

WHAT IS A BRIX TEST?

Shannon uses a hand-held refractometer to measure the simple and complex sugar levels in a plant’s sap, a reflection of how nutrient-rich it is.

A Brix test score over 12 is classed as very good, depending on the fruit or vegetable being measured. Poor is 1–7; anything from 8– 12 is ok, but indicates the soil needs more nutrients.

Grow nutrient rich vegetables by powering up your soil