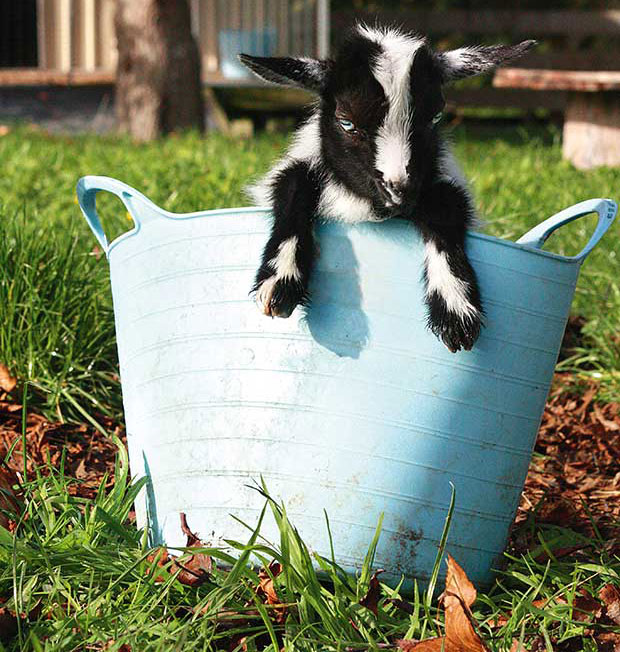 A small herd of tiny goats are NZ’s newest breed and it has been a long journey for them and their determined owner. 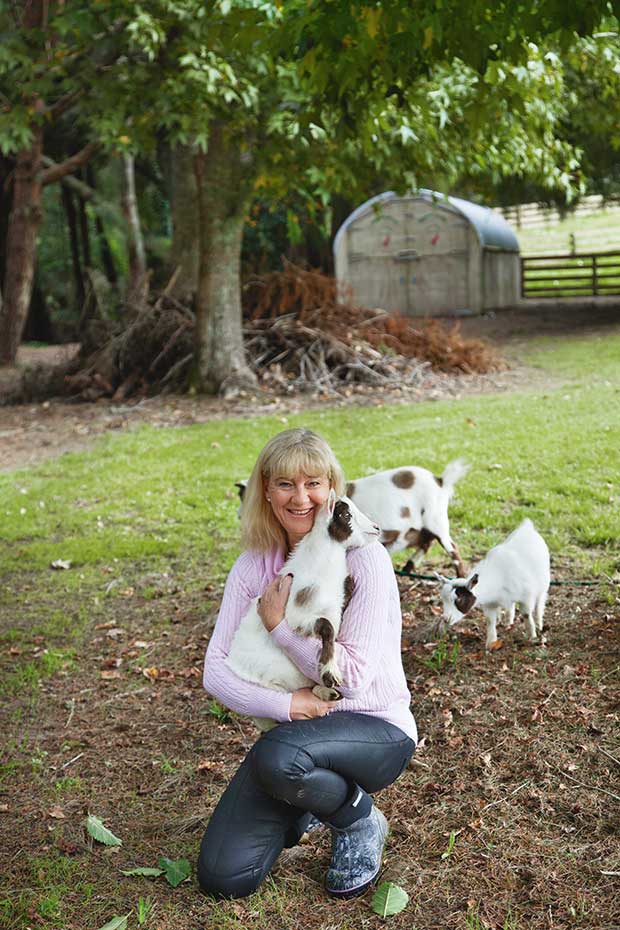 When Goldengrove First Fleet Touch of Magic – Tommy to his friends – was born, his owner Fiona Casey measured him against a 330ml, 22cm-high bottle of beer. The beer bottle won.

Many goat kids are born small, but Tommy was designed to stay that way. He’s one of just a few full-blood Nigerian Dwarf goats in New Zealand and the first to be born here. These are a naturally small breed of milking goat that has been bred in the USA from small goats that originated in West Africa.

Even at his full adult height, Tommy will still be a good third smaller than the common Saanan, and about half that of the largest, the Anglo-Nubian.

There’s something irresistible about small breeds for Fiona. She wasn’t daunted by the complex import process, the never-ending paperwork or the contradictory official advice. 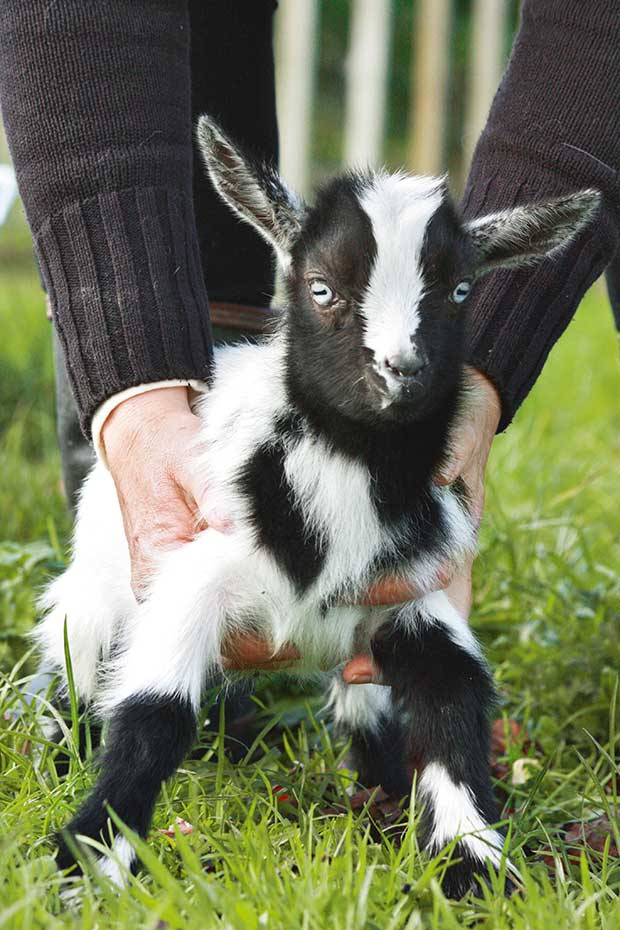 Tommy at a few weeks old and still shorter than a pair of gumboots.

Her background includes a successful miniature horse stud on her previous block in Canterbury.

“The minis (horses) were reasonably new when I got into them and I really went for good bloodlines so I’ve always been into (this kind of thing). I was pretty good at breeding, and I wanted something to do when we moved to Auckland.”

Some late-night scrolling looking for a horse somehow led her to information on tiny goats. Fiona was smitten.

“I was looking at bringing in an American Shetland, a modern Shetland, and I was surfing away when I found these goats, and thought ‘that’s something, I haven’t ever heard of those in New Zealand.’” 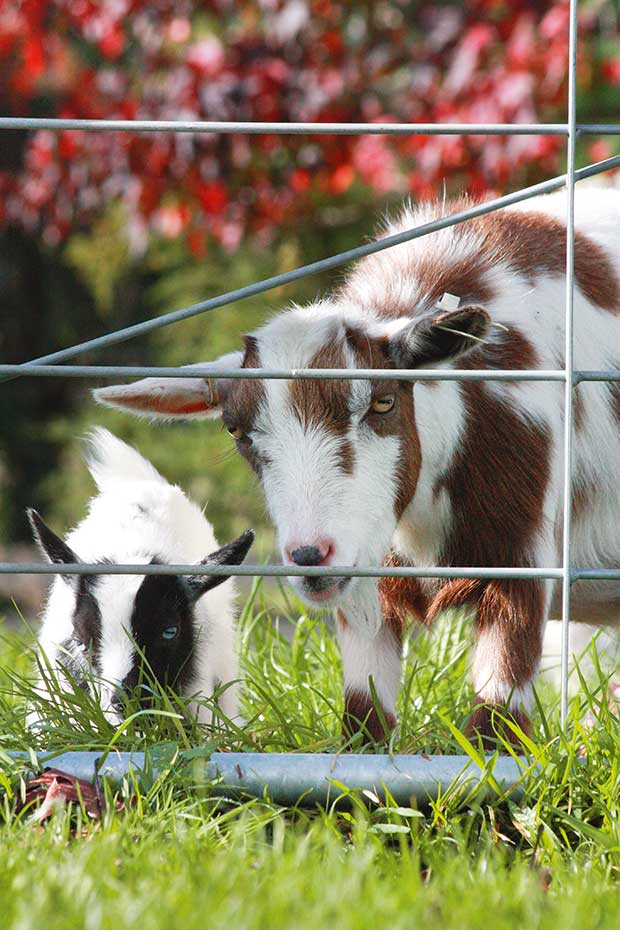 Fiona got on the phone to the Ministry for Primary Industries (MPI) which oversees livestock importation. It was bad news.

That emphatic response might have stopped a lot of people, but not Fiona. Instead, she asked for MPI to send her the rulebook.

In the meantime, she looked for other options. There were no miniature goat breeds in NZ at the time, but Fiona did find a breeder who claimed to have small-ish goats. However, they weren’t an official breed. When she went to have a look, she found they were not as small as she’d hoped, and not consistent in their size.

Then the MPI rulebook arrived. 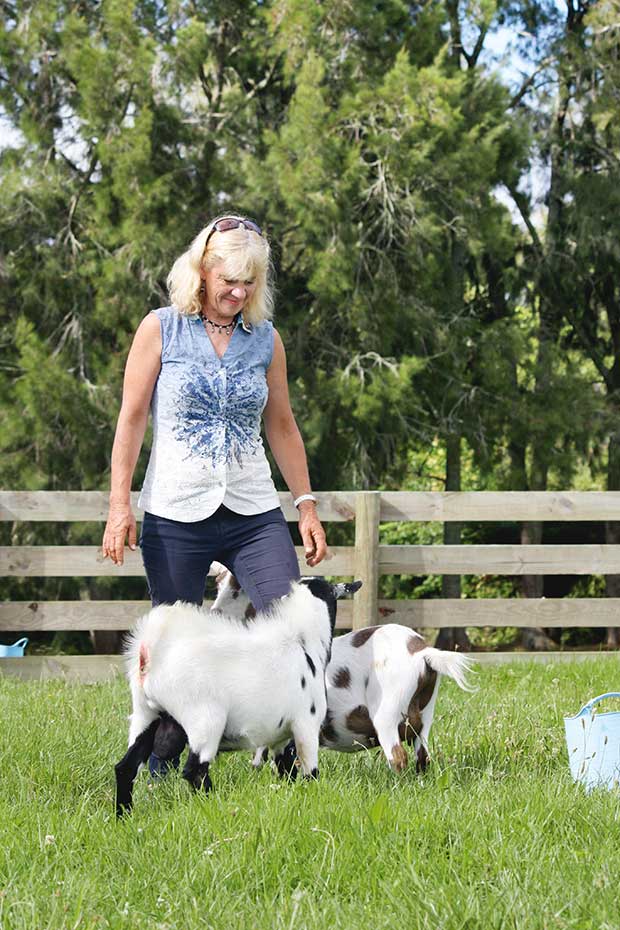 Now nearing his adult size (at left, Liesl at right) with owner Fiona, but still only just above knee height.

Fiona started surfing the web again. She found Melbourne breeders Michael and Ulrike Garwood who own the First Fleet Nigerian Dwarf Goat stud on French Island, 60km south of the city. The couple were the first in Australia to import full-blood Nigerian Dwarf goat embryos and semen.

“They had brought them in from the USA. I got hold of Michael and asked if there was a possibility I could buy embryos. Then I went back to MPI and they said no, it has to be third generation Australian before you can bring them in.” 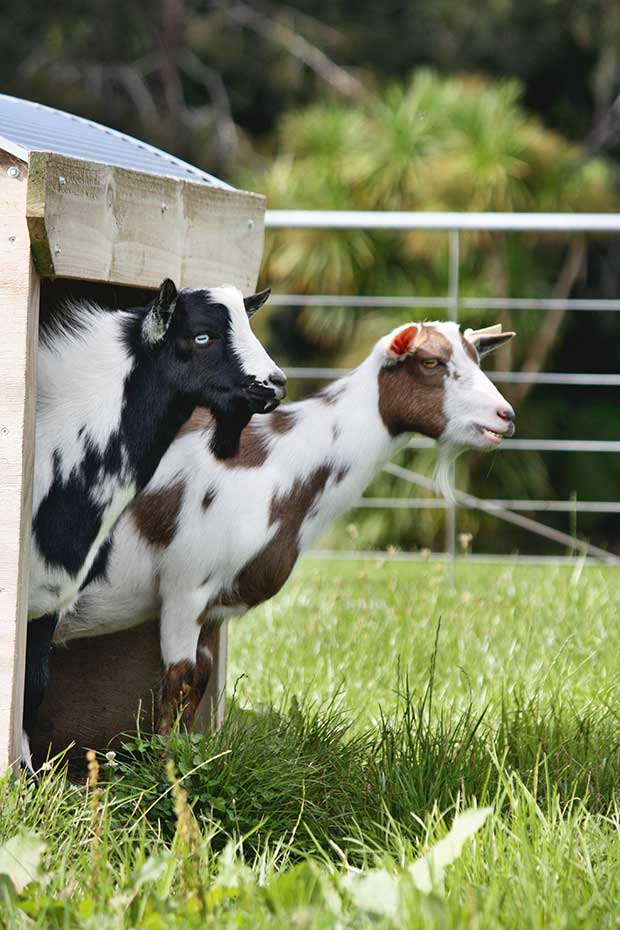 A less determined person might have stopped there, having heard an official no so many times. Not Fiona.

She put a proposal to MPI to buy a live buck called Apollo from the Garwoods, born from one of the imported embyros. No, said MPI.

Fiona’s mission carried on. She rang CRV Ambreed, a Hamilton-based company which specialises in importing genetic material, mostly for the NZ dairy industry. Two weeks later, they rang her back: MPI had agreed to let her import Apollo.

But it was too late. In the meantime, another buyer had snapped him up.

A few weeks later there was a call from Melbourne. The Garwoods had decided to sell a buck called Frederick, if Fiona was still interested. She was.

When you’re importing livestock into NZ, you need to be prepared for expensive travel costs. But if a group of livestock come in at the same time, you can share the costs with the other owners.

“You have to pay for the vet to come out, pay for the drugs,” says Fiona. “They really go in-depth with what they have to do, they test them for all sorts of things and they’re very, very strict.” 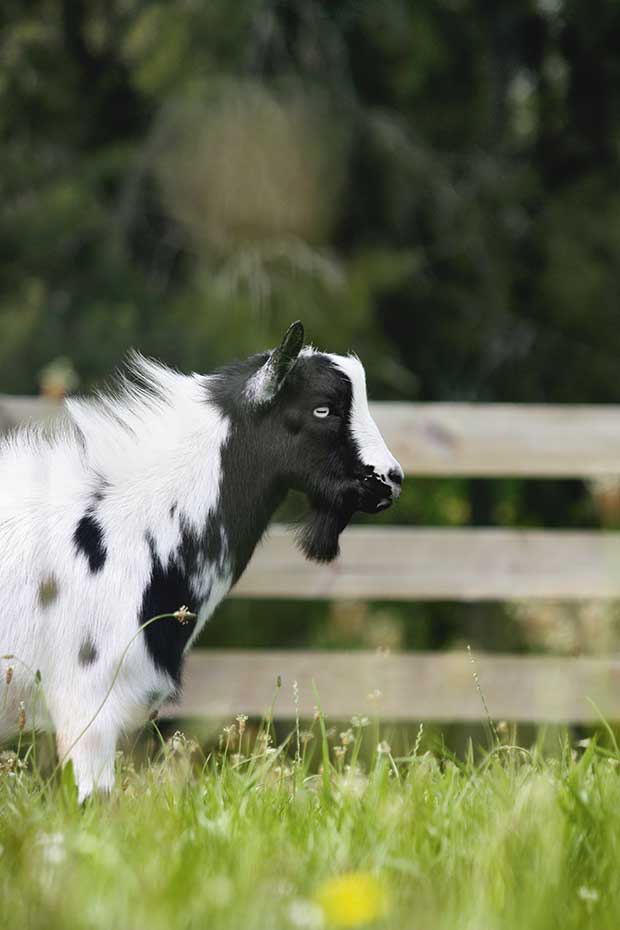 But the timing meant Fred came alone, leaving Fiona to pick up the $10,000 travelling costs. She sent him to Hamilton.

“I picked him up and he went straight to Ambreeds because I wanted to get a collection from him. So I’ve got semen from Fred in case anything happens to him.”

Fred was then mated to a small goat named Pearl, one that Fiona had found on one of her many attempts to find an NZ-born tiny goat. Pearl isn’t anything special breed-wise. She’s probably from bush-born feral parentage with Angora in her genetics somewhere.

But she is small, and she produced Goldengrove Lily, a 50 percent Nigerian Dwarf-cross.

But Fiona hadn’t stopped working to get the elusive full-blood offspring she wanted. She waited two years to buy a female from the Garwoods with different genetics to Frederick, and did a deal so that the doe was pregnant.

It has been a big investment for someone who says this is her hobby.

“I wanted to bring a new breed into New Zealand but it’s not cheap,” says Fiona. “It has been an expensive exercise – the breeding programme has cost in excess of $50,000.” 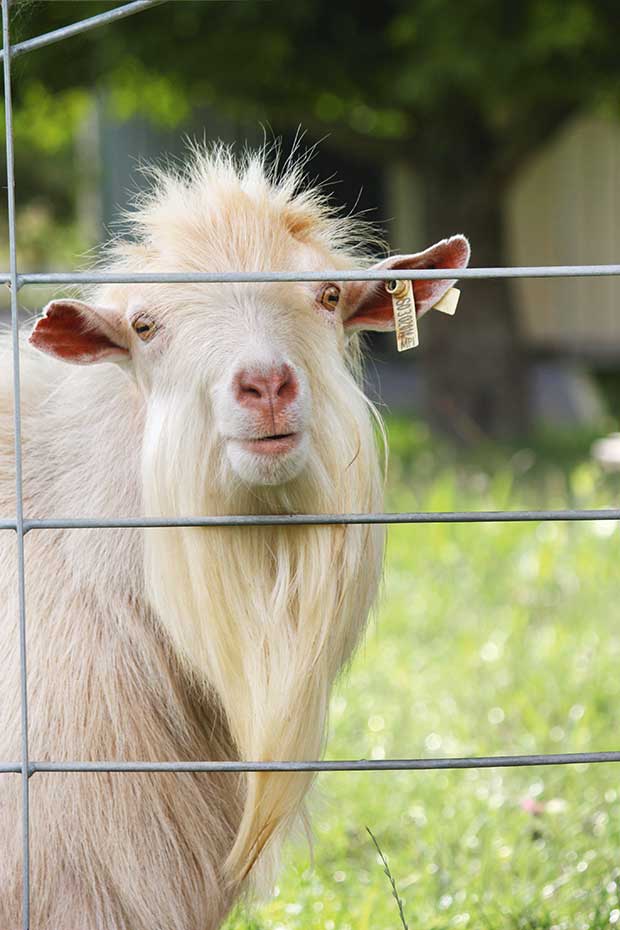 First Fleet Frederick – Fred for short – started off as an embryo in the USA that was exported to a breeder in Australia. He was born there, then imported into NZ by Fiona.

She did manage to save on Liesl’s travel costs because there were other goats in the shipment. That saved thousands.

“It only ended up costing a couple of grand to bring her in because you share the space and the drugs and everything else.”

Liesl was quarantined in a paddock on Fiona’s block, well away from the other goats, as per MPI’s conditions.

“They’re really strict. You’ve got to let them know if you sell them, when they die, you’ve got let them know what premises they’re residing at. They do keep an eye on them.” 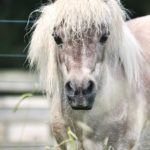 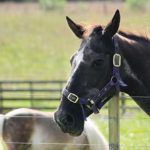 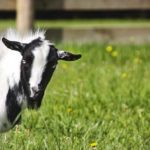 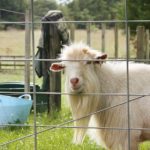 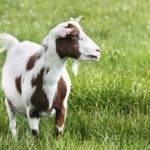 In autumn 2017 Liesl produced Tommy. Since then she has had twin boys Merlin and Abracadabra, bringing Fiona’s number of full-blood Nigerian Dwarfs to five. She’s working on a breeding programme to mix and match the genetics she has, but she has other plans too.

“Hopefully, one day I’ll be able to bring in some embryos – you don’t want too much interbreeding – but it costs a lot of money to do this kind of thing.

“In America they have really taken off. They’re really into these little goats and I think it will (take off) here too – I’ve had so many inquiries and I don’t have anything to sell! Without a lie I would probably get three or four inquiries off my website every week from people wanting a small goat like mine.” Fiona with Liesl who was pregnant with twins when this photo was taken. They’re now growing up to be as small as their mother.

Testing by the American Dairy Goat Association shows what the Nigerian doesn’t have in size, it makes up for in milk fat.

It measures the lactation of a range of breeds and has found Nigerian Dwarfs are consistently higher in both milk fats and protein levels, a huge bonus for cheesemakers.
Goat milk has smaller fat globules than cows’ milk.

When you leave a bucket a of cows’ milk to sit and cool, the cream rises to the top and forms a thick layer that can be scooped off. Goats’ milk fat stays homogenised; if you want cream, you must use a special machine to spin it out.

It’s snow white, not cream-coloured, and naturally so thick, you only need to chill it if you want to dollop a spoonful on top of a scone.

THE SHORT AND TALL OF THE GOAT WORLD 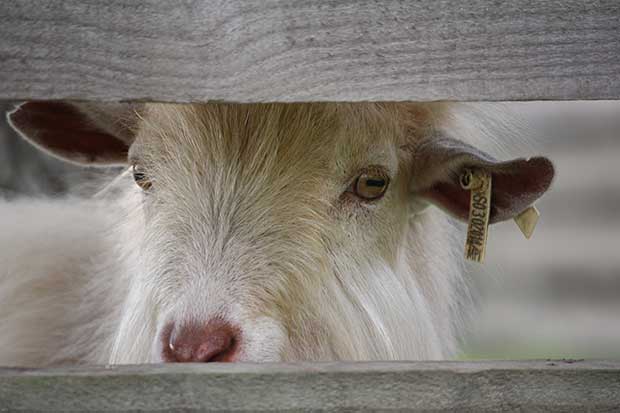