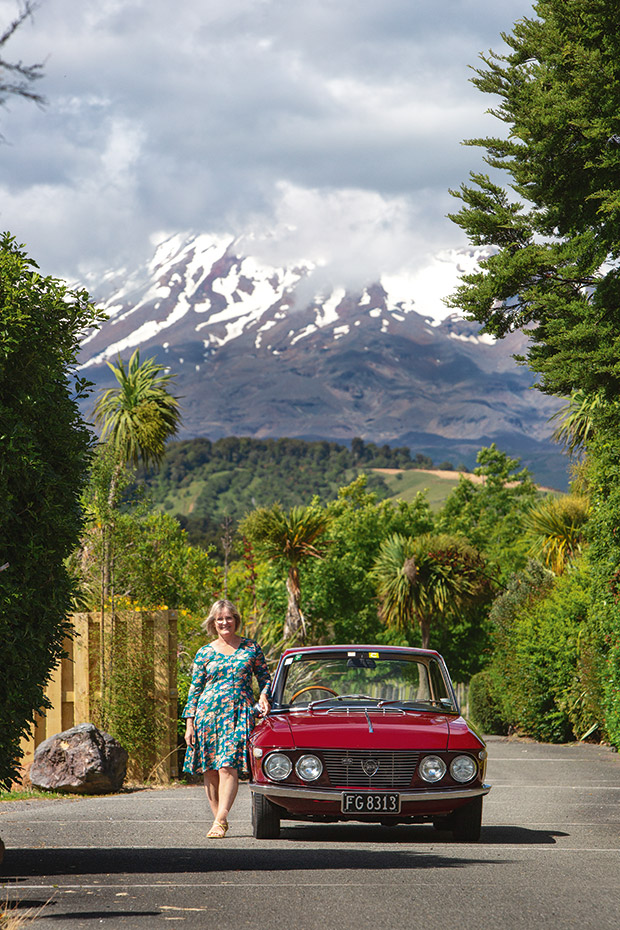 Italian flair comes to Ōhakune in the form of a racy little italian number.

Rachael Robinson insists she and her husband Garry are as mad as each other about cars. Twenty years ago, while working full-time in painting and decorating, she wanted to buy a classic car and fancied something Italian.

“I thought the Fiat 124 Coupe and Alfa Romeos seemed about the coolest cars out there. Garry has always been keen on Italian cars too.”

Rachael was unfazed by a future of sorting out niggles and minor restoration work. Her father had worked as a mechanic, and she and her 10 siblings invariably learned to make the best from what they could get their hands on.

“I remember reading a magazine article about a couple of architects in Christchurch who owned a Lancia Fulvia HF and a Flavia Zagato. They struck a chord. The Lancias met my criteria of a wooden dash and a wooden steering wheel. My car also had to stop when you wanted to stop and keep up with modern traffic on the open road. And it had to be a car that would satisfy me for a long time.” She soon set her heart on a Fulvia Coupe, specifically a Series 1 model, because of the size, shape and beautiful detailing of Piero Castagnero’s design. “The things I most admired about it were the swooping shape of the back end and the taillight arrangement and badging. And I love the look of the dash switches and the Fulvia nameplate across the black fascia. And then there’s the sparkling performance… .”

In 2003, the annual Concours d’Elegance and Classic Car Show at Auckland’s Ellerslie Racecourse proved a happy hunting ground. Rachael had her son take some photos of a very nice Series 1 Rallye 1.3S.

The Rallye designation made a rare find rarer and reflected Lancia’s renewed focus on motorsport in the 1960s. In practical terms, it meant a higher state of tune for the zesty 1.3-litre motor, unusual for its V4 configuration. “I left my details with the owner in case he ever decided to sell it, and kept the photos in an envelope. When I was sitting at home alone, I used to pull them out now and again and admire the deep-red car that I wished was mine.” 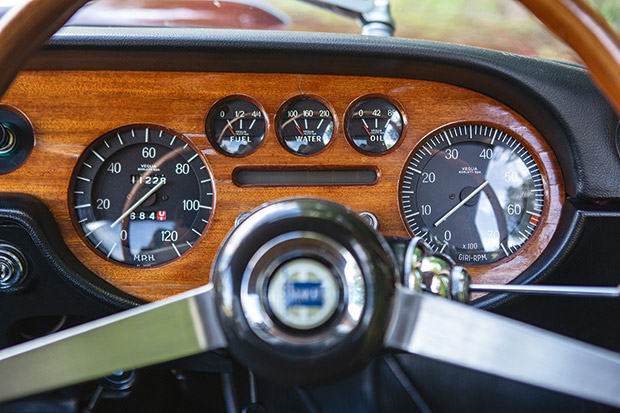 Eighteen months later, the owner called from Auckland. Rachael and Garry test-drove the car, including a back-and-forth over the Harbour Bridge and, eyes wide open, struck a deal in a Balmoral garage.

That was June 2004. Home at the time was a beautifully restored, century-old bungalow in suburban Hamilton. Sadly, disaster struck twice on the Robinsons’ doorstep during Rachael’s honeymoon period with the Fulvia.

“We stored our firewood and kindling in the carport leaning against the garage and, one evening, an arsonist set it alight. By chance, Garry looked out a bedroom window and saw flames coming out of the top of the garage. I thought it was the end of the Lancia.

“Garry used a garden hose on the fire while we waited for the fire service to arrive. “When we were finally able to lift the garage door, we weren’t sure what we were going to find. The Lancia’s car cover had helped limit the damage, and the fire mainly affected the top of the boot and rear guards. The back end had to be bare-metal stripped and repainted.” 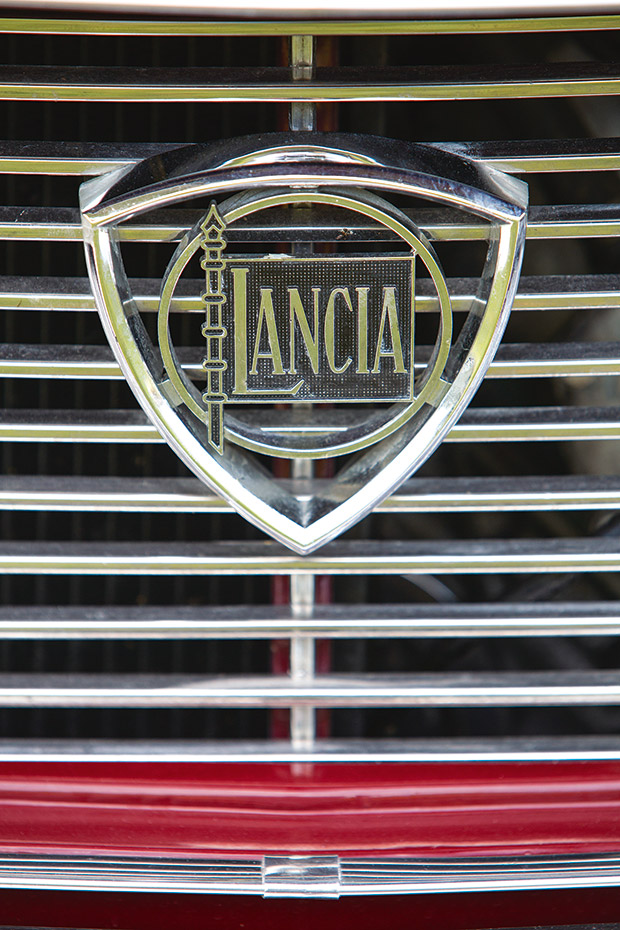 A year or so later, a careless driver undid all the hard work, shunting the Fulvia from behind as Rachael waited to turn at the end of her road. The freshly repaired rear end was crumpled. Again, it was six months before Rachael drove her car.

“I made use of the downtime, taking out the dash to restore it. I find it’s important to keep the car as original as possible, so I chose not to replace the instrument panel with timber. Someone urged me to get new rubbers for the floor [there’s no carpeting in a Series 1] because they’re worn in the front, but I didn’t want it to look pristine. I want it to still feel like an old car that’s usable, not mint.”

To say Rachael now knows the Fulvia inside out is not an overstatement. “When they opened up the gearbox, I went around and had a good look at it. The workings are just beautiful. Even the guys working on it really enjoyed it because it was so different.” The Fulvia recently returned to the road after receiving a 50th birthday present — a full bare-metal respray. As a result, it looks almost identical today as it did when it eventually found its way, in 1970, to its first home one block back from Auckland’s Mission Bay beach.

Fast-forward five decades and Rachael and Garry have recently migrated south to Ōhakune for a slightly quieter, semi-retired life. Both work in property maintenance and lend a hand on other tasks. Home is a sturdy log cabin built in the mid-1970s.

The Fulvia resides in a brand-new garage with proper insulation. There are no fire hazards nearby. Despite much mechanical work, and the expensive new paint job, Rachael’s financial investment in the Fulvia falls well short of her emotional investment.

She marks out the Rallye variant’s 103-brake-horsepower motor and sporting suspension as the primary reasons why the car drives so well. And being named after Via Fulvia, the Roman road between Tortona and Turin, it’s in its element in and around Ōhakune. 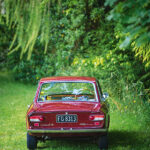 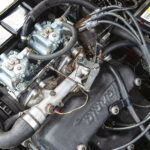 “It’s great having access to the open road straight away. We don’t have the hills around Ōhakune, but there are plenty of great back roads that I’m keen to introduce her to. You can drive this car like a nana, or you can drive it like the Italians do, using the revs and changing gears regularly. It likes to go quickly, and it likes a challenge.”

The exhaust note is also very expressive. “It’s noisy — quite rorty,” declares Rachael. “It almost sounds too much for a little car.

“But the only real drawback is you can’t be in a hurry when you’re driving this car because it’s a talking point wherever you go. And when you’re passionate about something, you want to talk about it and explain how lucky you are to have it.

“I view classic car ownership as a responsibility. It was a luxury buying the Lancia when we did; I felt I had committed to looking after something that mattered.”