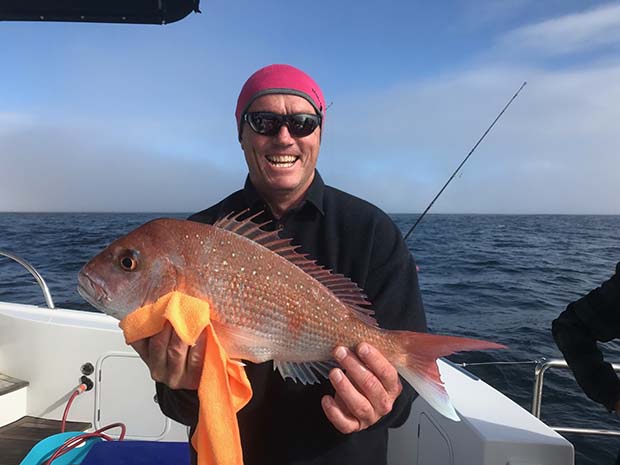 Jim Kayes in his pink beanie.

Twenty-five years a journalist, Jim Kayes knows how to hook a story but when he ventures out for his rookie fishing trip  he realises hooking a fish is completely different.

There is something ridiculously exhilarating about catching a fish. The thrill might have faded for the salty angler, but for this rookie, the novice still snagging fish hooks into his fingers, it is a giddy experience to pull a snapper from the depths of the Hauraki Gulf. Perhaps it started back in childhood days of lost lines in the rocks between Red Beach and Orewa. Maybe there is some small satisfaction that, at last, steps towards equality might be made in the tussle between the slippery buggers beneath the surface and Mr Fisherman above. Or it might be even more primal – a Neanderthal gene awoken by the tug on the line. Or is it an aqua version of Christmas, a watery lucky dip in which, as the sinker vanishes, the excitement is the mystery of what will emerge.
Let me be honest about this. When it comes to tally time, I’m more a feeder of fish than a plunderer. Lines stripped bare of bait rise dripping and empty more often than they do heavy with a snapper. But when one is hooked, when the rod bends and the skipper calmly reminds me to lift slowly and wind on the descent, it’s hard to stifle the inner boy. “Come here my precious.” 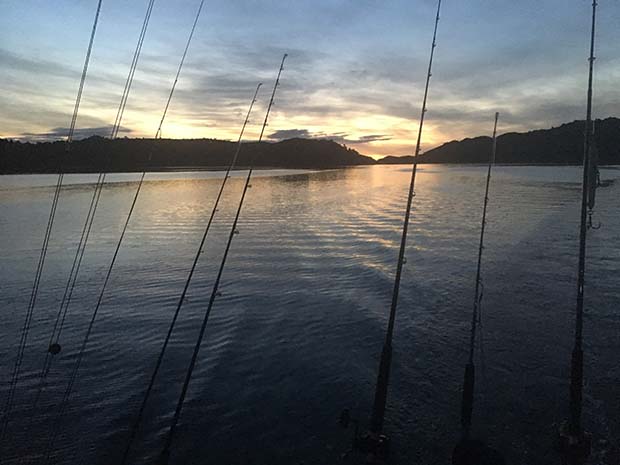 As my first snapper is swung onto the duckboard things quickly descended into chaos. I try to get out the hook, but suddenly there is a tangle of twine. I’m dancing a jig of unbridled excitement. The fish is flopping across the deck. My mates are yelling: “Don’t step on it, you idiot.” The inevitable happens – is it any wonder my team beanie is pink. But I am, if nothing else, a quicker learner. Sinkers hit the hull only once, fish are lost overboard just the once (it was huge, I assure you), tip tangles decrease and I quickly learn to state “that’s too small”, happier to be told to throw it in the chilly bin than suffer the ignominy of inadvertently keeping what should be returned to catch another day. 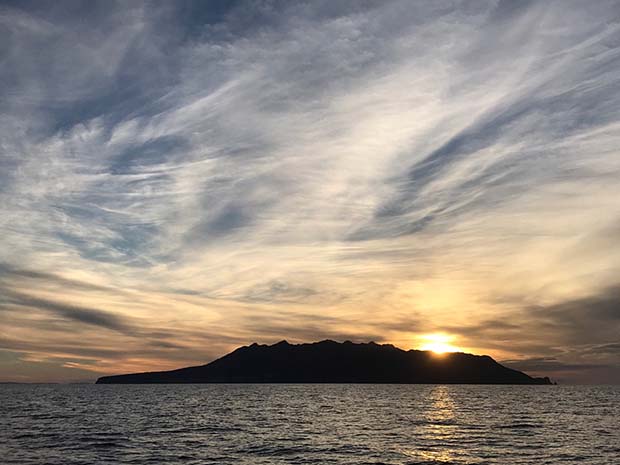 Mixed into this fishy education is a revelation of another sort. It’s easy to see why the Barrier has the word “Great” before it. Is there, within the confines of our North Island, a place so apparently untouched? With seven of us at sea, upon two boats, we slip inside the Barrier each night, rafting-up in bays with creative names like “Smokehouse” and their beauty so breathtaking it defies all cliche.

We cook, imbibe and tell tales. It is mateship at his best. Each morning the compulsory dip is breathtaking in a very different way, and I can only imagine what a playground this must be in summer when the water is warmer. 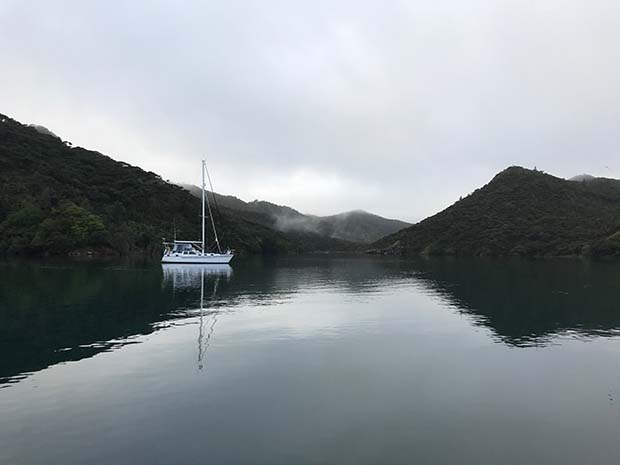 As we ease back out to sea, Little Barrier’s tip is shrouded in cloud, a vision of Jurassic Park. We drift by, reels at the ready, the swell rolling our boat in a way that will still be felt a day after we return to shore. Later, more lessons… it is not okay, apparently, to read your book while on “boat boy” duties as others dive for crayfish (as boring as it might be to sit, rocking in the outboard powered RIB). But as I’m our boat’s cook, my misdemeanours are quickly forgotten. Just as our boat has a hidden cupboard or drawer for almost everything (boat builders must be masters at Hide ‘n Seek) so too is there a task for almost every occasion. Not knowing how to fillet is an excuse only for the first day (being slow does ensure a brief stint though). Being the cook, boat-boy and weigher-of-the-anchor are duties superior to that of the deck hand, toilet cleaner and, no one’s favourite when everyone else is relaxing, chief dishwasher. Not everything goes according to plan during our four days upon the briney. I didn’t catch a kingfish, which I’d proclaimed as we slipped our mooring on the first day was “All but assured”. Two others did. Kahawai also eluded me though thanks to my mates kahawai did join the kingis in the smoker.
But I did catch the second biggest snapper and, as we all know, the one that got away was a whopper. 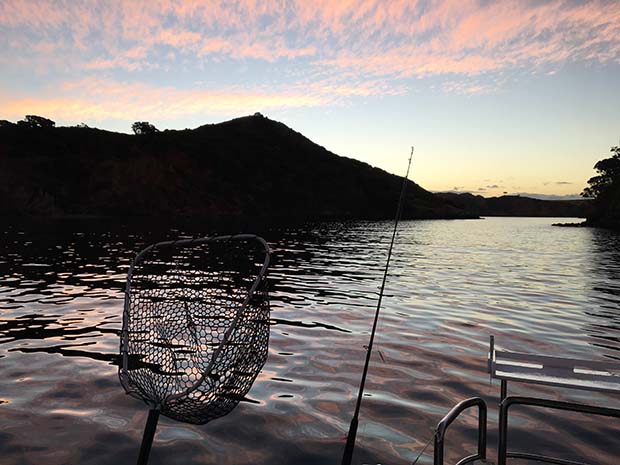