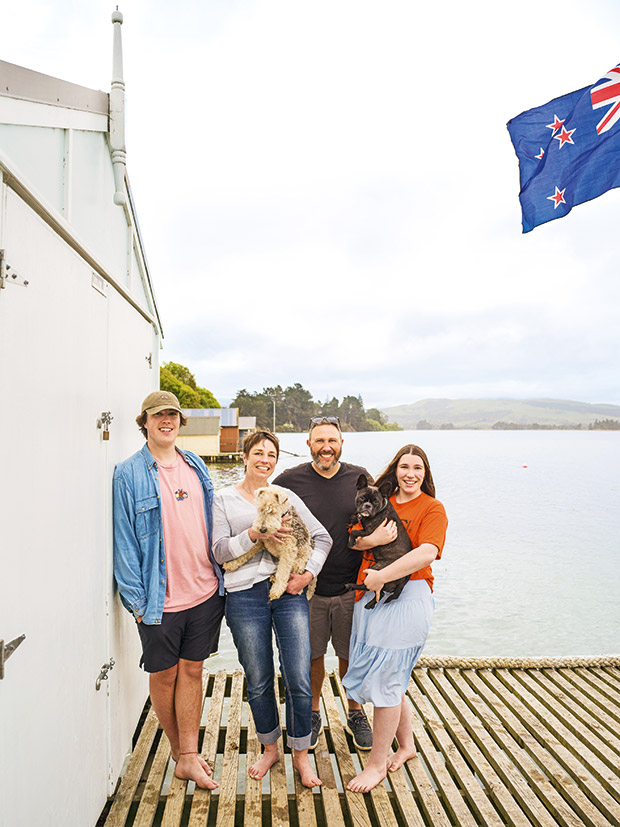 Beneath the mild-mannered exterior of this coastal crib lies a fold in the space-time continuum — one this family fell unwittingly into.

Had NZ Life & Leisure magazine not pitched such ruthlessly probing questions at the Gilmours about their Karitane crib holiday habits, they may never have noticed the forces at work on their leisure behaviour.

Anna (a doctor), Gwynn (a commercial asset manager) and children Ollie and Bella have been stealing away to their Karitane bach for nearly a decade, oblivious to the subtle sorcery that operates within its walls. It seems that each time these Dunedinites make the 45-minute drive to their late-1950s coastal bolthole, they fall haplessly into a mid-century time-warp.

It’s mostly Anna’s fault. Her deep pull to this part of Otago set them looking for a crib here in the first place. Her great-grandparents moved to Karitane from Scotland in 1924 and took up jobs as caretaker and housekeeper at Kingscliff (a house originally built for Sir Truby King, founder of the Plunket Society, and used as one of the first Karitane hospitals). Her grandma, now aged 100, was raised and schooled in the area, and a great-aunt and great-uncle lived nearby, so there were rellies aplenty to visit. Then there’s Gwynn: his great-grandparents lived in the small town, and his mum holidayed here as a child. Clearly, when he and Anna were first drawn to each other in Dunedin at the age of 15, some mighty Karitane pheromones were at work.

But this crib — it was minding its own business on a holiday house rental website when Gwynn spotted it. The owners didn’t intend to part with it — they’d built it to enjoy with their kin, and although they no longer spent much time there, the place still had many golden holiday memories secreted in its walls. Gwynn convinced them that he and his family loved the mid-century bones and quirks of this roughcast house and wouldn’t be pulling it down to build some slick new interloper on the section.

He even proposed a deal-sweetening clause (much to the raised eyebrows of his lawyer) that allowed for the widowed grandmother to come back and enjoy a weekend there if she so wished. Anna: “It took several months for them to feel comfortable that we’d respect and enjoy the property the way they’d intended.” 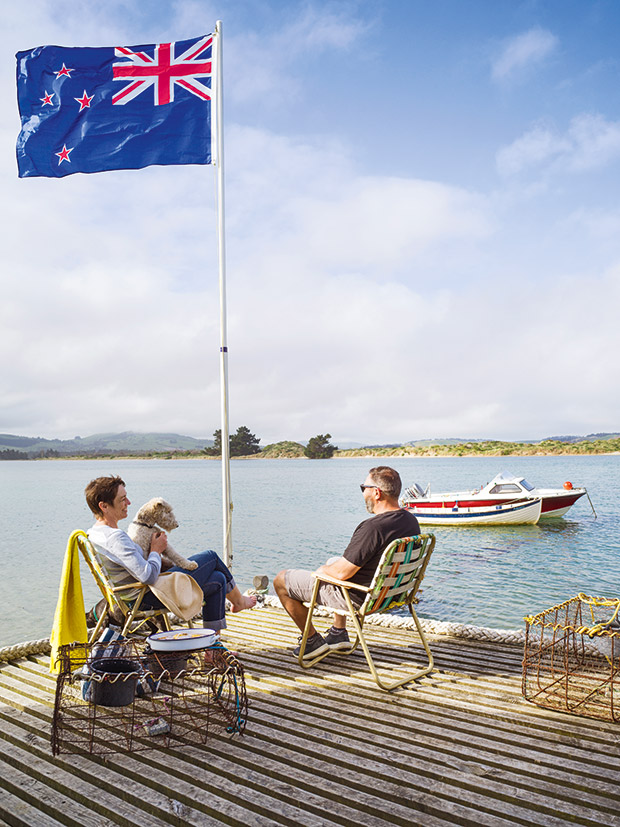 Anna and Gwynn Gilmour and pooch Digby at their boatshed by the Waikouaiti River.

Respect it they did — including the crib’s innards: “We purchased all the contents of the house when we bought it,” says Anna. “Some of the most treasured things are the cutlery and crockery reminiscent of 1950s and 1960s New Zealand.”

Nothing jarringly modern has since made it across the threshold to wobble the period vibe. “I like all that 1950s stuff,” says Gwynn. “It’s not something we’ve actively spoken about, but I don’t think we’d ever go and put a big telly in there or anything.” Anna agrees: “It would be blasphemous.”

The crib’s mid-century trappings have, by some process of décor osmosis, permeated the behaviour of the Gilmours. Anna is the most seriously afflicted: “This is going to sound a bit weird,” she says, “but when I go out there, I want to live the life that my great-grandmother would’ve lived and make preserves and pickles and do lots of baking. 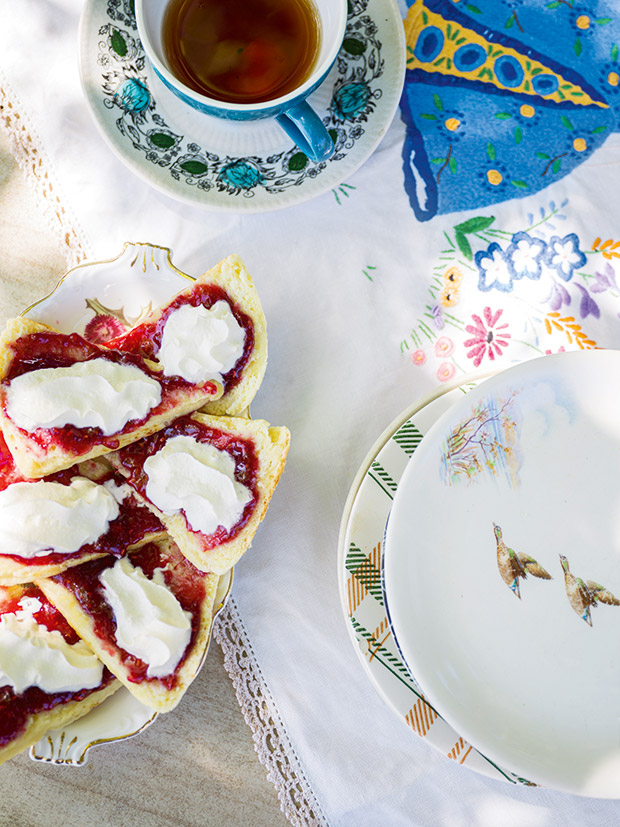 An embroidered tablecloth handed down by Anna’s grandma and the crib’s original crockery are among the family’s most prized possessions.

“I’ve never thought about it until now, but it’s a real pull. I remember going for a walk last summer and thinking, ‘Ha, there are some redcurrants. I’m going to make me a currant jelly.’ The locals probably think, ‘Watch out — here comes the doctor. She has that crazed look in her eyes.’”

Bella confirms the fruit-preserving zealotry that descends on her mum when they get to Karitane. “She’s always going around the trees saying, ‘Is this edible?’ You know it’s summer when mum has made 15 bottles of elderflower cordial. Everyone gets one for Christmas. And you know it’s the end of summer when all the contents are lumpy, and you can’t drink them anymore.” (At this drubbing, Anna seeks filial reassurance elsewhere:

“Ollie likes it, don’t you Ollie?” His faithful reply: “Yeah. It tastes a bit like perfume — but good perfume.”)

Gwynn has mid-century issues too. The spell of the crib forced him to purchase a 1952 Massey Ferguson tractor. Twice.

Anna explains how the shiny red agricultural workhorse ended up on their Karitane lawn: “Gwynn said, ‘I’ve bought us something,’ and I said, ‘What, for Mother’s Day?’ He said, ‘Yeah, that.’” Gwynn, sheepishly: “I probably don’t need a tractor. The idea is that it will tow the boat to the beach.”

Anna reminds him that they no longer have a boat. “You sold the boat, and then you sold the tractor and then you bought another identical tractor.” Ollie adds: “There was some interesting logic involved there.” Still, Ferguson Mark II does a fine job of fetching coffees from the general store. 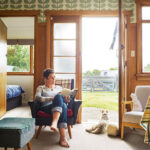 The fanciest item in the crib is the mid-century-sympathetic Scandi-style Orla Kiely wallpaper. Gwynn initially baulked at the price per roll, but as there was hardly any wall to paper (the distance across the living area from the front door to back being just four Ollie-sized strides), no marriage crisis ensued. 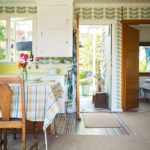 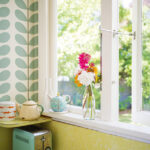 More stories you might like:
Meet the Gisborne farmer who gave up a new kitchen for her 1974 El Camino ute

It’s a good honest crib. “We didn’t want it to be pristine,” says Gwynn. “It has that slightly worn feel — like a patina on a car. Period wear. We wanted a place where everyone could come in from the beach with sandy feet and where the dogs could be dogs.”

Digby, the wire-haired fox terrier, knows the Karitane turn-off well. “As soon as we turn off the main road, he starts sitting up and whining.” The younger pup, Daisy, an excitable frug (a french bulldog-pug cross), hasn’t clocked the travel cues yet but understands that her humans will be thoroughly cornered and more available for ball-throwing when crib-side.

The crib’s modest 53-metre-square footprint meant that there was never quite enough available girth for the outdoor loo to graduate indoors. A young Ollie and Bella weren’t thrilled about the prospect of nocturnal loo visits and tried to thwart the purchase of the place on this basis. 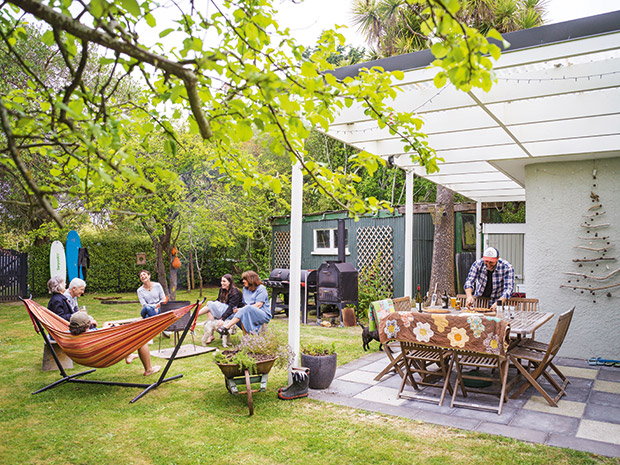 The garden is ample enough to act as an extra living and dining area. It needs to be, come the festive season. Gwynn: “It seems to be where everybody goes at Christmas. We’re always praying for good weather because if it’s not, it gets very crowded inside. Last year we had to buy a patio heater on Christmas Eve because it was so cold, and we didn’t want Granny [Isabel Heenan, pictured at far right] to freeze to death.”

Bella explains: “The day we first went to look at the crib, Ollie saw a massive spider in the toilet and came out screaming. I’m pretty sure there was a serious discussion in the car afterwards — something like, ‘Mum, we can’t buy it because there’s a spider in the loo.’”

So how do 53 square metres serve four human Gilmours and two canines? Bella, drily: “It’s a bonding experience. We learn a lot about each other throughout summer.” When the kids were younger, there were fierce Swingball matches and beach-doings on fine days and games of Cluedo and Monopoly on foul-weather ones. And if anyone tired of fake Monopoly money, there was always the opportunity to get proper rich.

Bella and a friend once set up a stall at the crib gate proffering homemade cupcakes for a dollar a pop: “We made a fortune selling them until mum decided to tax us. We were left with 10 cents.” Anna expands: “It wasn’t all tax. There was the ACC levy, the ingredients, rental for the kitchen…” (sufficient to protect the pockets of the Karitane locals from the sweet-faced cupcake entrepreneurs). 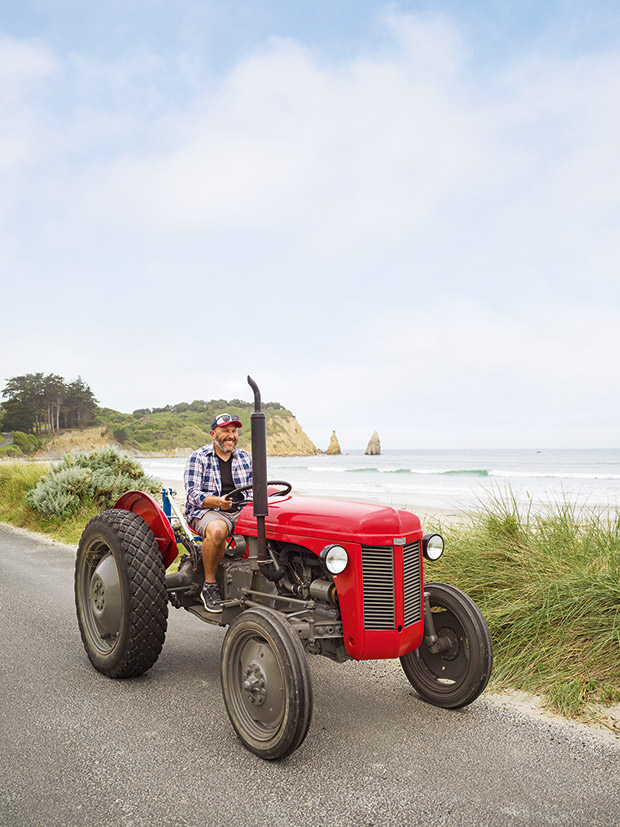 These days, they spend much of their Karitane time on or near the water: surfing, fishing, paddle-boarding and kayaking. Their boatshed (a minute or so down the road) is home to aquatic gear and the odd impromptu tea party.

“We often just go there to watch the water and have a coffee,” says Anna. “Once a year, I make a batch of cinnamon scrolls and take a large teapot and coffee plunger down and invite all the friends we know in Karitane and see who turns up.”

Wi-fi first infiltrated the Gilmour pad last year during the first Covid-19 lockdown (in case Dr Anna needed to isolate herself from the rest of her family at their Dunedin residence). This introduction of high-tech capability was the litmus test of that old crib spell. 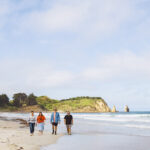 The Gilmour dogs work out the pooch pecking order on Karitane Beach. Gwynn describes Daisy’s style as “an uncontrolled charge”. Bella elaborates: “She’s like a bullet coming out of a gun. She’s a lot faster than Digby. She’ll run to the ball to show him she’s faster and then wait because she knows it’s his ball.” Anna: “Otherwise, he’ll just have a piece of her.” Gwynn: “But then he can’t actually see the ball because he’s pretty deaf and blind.” 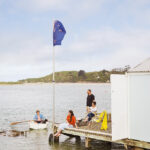 A flag flying at the boatshed indicates the Gilmours are in residence. 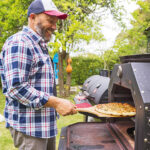 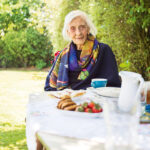 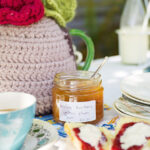 Though the all-powerful force of Netflix has started to snake across the laptops of the younger Gilmours, enough mid-century DNA emanates from the walls to thwart a total digital descent. Their parents, however, are still suitably bewitched: Gwynn’s been using Spotify to listen to 1950s music and continues to tow imaginary boats up and down the road on his Ferguson, and Anna’s still staggering around with her preserve jars, stalking the fruit trees of Karitane.

Besides, now that they’ve spoken about the spell so publicly, it’ll redouble its efforts against the spectre of further Netflix-ing to keep its Gilmour clan contained in mid-century aspic.

THIS SUMMER, WE’LL BE… Drinking: “It’ll be gin and tonic, hazy IPA from local Arc Brewery Co and cocktails with friends,” says Anna. The younger Gilmours will be working through as much of their mum’s elderflower cordial as possible before the lumps set in.

Cooking: Once Gwynn has recovered from cooking turkey in the oven, pork on the charcoal barbecue and ham in the pizza oven for 16 or so extended family members on Christmas Day, he’ll be on regular pizza-making duty.

Reading: “I tend to read books at the crib that I’d never read at home — like Daphne du Maurier’s Rebecca,” says Anna. “But I might try some psychological thrillers by Lisa Jewell.” Gwynn: “Ken Follett’s new book and boating magazines.”

Listening: Anna is hooked on podcasts (current favourite: Just One Thing with British journalist and former doctor Michael Mosley); Gwynn: “I’ll be catching up on yacht-racing podcasts. I’m also keen to create a new Spotify list of crib-specific songs [no doubt heavy on the 1950s].”

Playing: While Ollie is fishing, Gwynn will be paddle-boarding, and Bella and Anna will be learning to surf. Anna: “We generally pick the other end of the beach from the good surfers, so we don’t get shown up too badly.” There’ll be games of Kubb on the lawn or Rummikub (a board game) if it’s raining (although “it’s not as much fun anymore because Mum just wins every time”, says Bella).

A bach-y makeover: A family transforms its West Coast bach into a bright ode to the past