In the series Fresh Eggs, Cutter Anderson is a grandiose best-selling crime writer who exploits and manipulates his loyal copy-editor Penny (played by Claire Chitham). When Cutter finds himself at the centre of a real-life murder mystery – and holding valuable information – he couldn’t be happier.

John with his co-star Claire Chitham on the set of Fresh Eggs.

“Cutter narrates the Fresh Eggs story from the first episode but brings his full monstrous self to the screen in episode three,” says John Rhys-Davies, the veteran British actor who plays Cutter.

“I have a marvellous American assistant. When she read the script, she said, ‘This is really you in all your tyrannical monstrousness; this should involve no acting from you whatsoever.’”

And he laughs his rich, loud laugh. “I took on the role because I did a film with (the Fresh Eggs co-writer) Nick Ward called The Ferryman a while ago. He’s a brilliant writer, and (Fresh Eggs) is very funny. It’s very rude and absolutely anarchic, and my 12-year-old daughter will not be seeing it.”

John says there’s more to the production than seems obvious at first.
“In fact, the series is partly an experiment. Warner Bros New Zealand have stepped up to the plate here and are experimenting – if it works there will be benefits.
“They and the creators of the show are consciously developing a form of Kiwi noir – a salute to Nordic noir. It is the ability to laugh at your own society. I hope it goes down well down overseas, although I‘m not sure the Bible Belt is ready for it.”

John was born in England in 1944 but considers himself a true Welshman. His parents immigrated to Africa when he was three, and he enjoyed an idyllic childhood there. In term time he went to boarding school in Cornwall, then onto university in East Anglia where he founded the drama club.

After a year’s teaching, he applied for the Royal Academy of Dramatic Arts in London.
“I went to RADA because I didn’t know the names of any other drama schools. It was only after I got in that I realized there were only 22 people every intake and it was harder to get into than Balliol College, Oxford.”

John at a press event for Raiders of the Lost Ark

He has worked in scores of productions, covering every possible medium since 1969 –stage as well as film, television, animations, games and audio books. Perhaps his most recognized roles are the charismatic Arab excavator Sallah in the Indiana Jones films, and the Scottish dwarf Gimli in The Lord of The Rings trilogy.

Behind the scenes in Lord of the Rings

He also showcased his voice work in Disney’s Aladdin and King of Thieves as well as SpongeBob SquarePants, the game Freelancer and he narrated the television series, Wildboyz.

“I get at least one script a week to consider and try to do as many as I can in a year. You never know what’s going to be good. I like to try to say yes to most things. I love work.”

That’s an understatement. John says he is currently doing the admin and dog’s body work on a little film company he set up in the Isle of Man, where he has had a house for many years.

“I’m trying to put together a little film on the Stone Age. I’ve made the trailer and am out and about overseas seeking funding.”
In addition to being an actor and producer, John has made a point of developing new skills throughout his life.

“At one time I had a different hobby for every film I worked on. At least a new hobby every year. I pursued flying for many years, but I’ve let that go to a great extent. I used to restore vintage and veteran automobiles. I can weld and turn and mill. Lots of mechanical things.”
John married Suzanne Wilkinson in 1966. They had two sons, Tom and Ben.

Although the couple separated in 1985, they remained married until her death in 2010 from Alzheimer’s disease. In 2004, he met New Zealand television journalist Lisa Manning during a live appearance on TVNZ’s Good Morning programme. They married in 2011.

“I have an idyllic life with my family in New Zealand,” he says. It’s the place where he winds down. “When I returned home in December, it was my ninth country in 10 days.”

When he’s not traveling the world, John can be found at home in the north Waikato with Lisa, their pre-teen daughter Maia and Slinky the cat. Although John barely tolerates the latter. During our phone interview could be heard bellowing, “Lisa! What’s the cat called?”

And here Lisa takes over the interview. John, she says, is hardly ever home, which is why he doesn’t know the cat’s name. Nor how many horses there have been or are now living on the farm. Maia loves horses.

“We have about 40 acres of beautiful rolling land overlooking Lake Whangape in the north Waikato, where we’ve lived for 12 years next month,” she explains.

“We are currently running 11 mixed-breed steers. We have Beau, the seven-year-old gypsy cob x and Lily the mini.

“We have a small stable, wash bay and tack room, jumping paddock and room for some cross-country jumps.”

Referring to one of John’s more hyperbolic comments earlier in the interview, she adds, “We do indeed have three ponies buried in the paddock – so I no longer call myself a non-horsey mum. I think I’ve earnt my stripes. We have a large area of native bush, sprawling pathways and a 400-year-old Puriri tree which homes two pairs of kereru.” 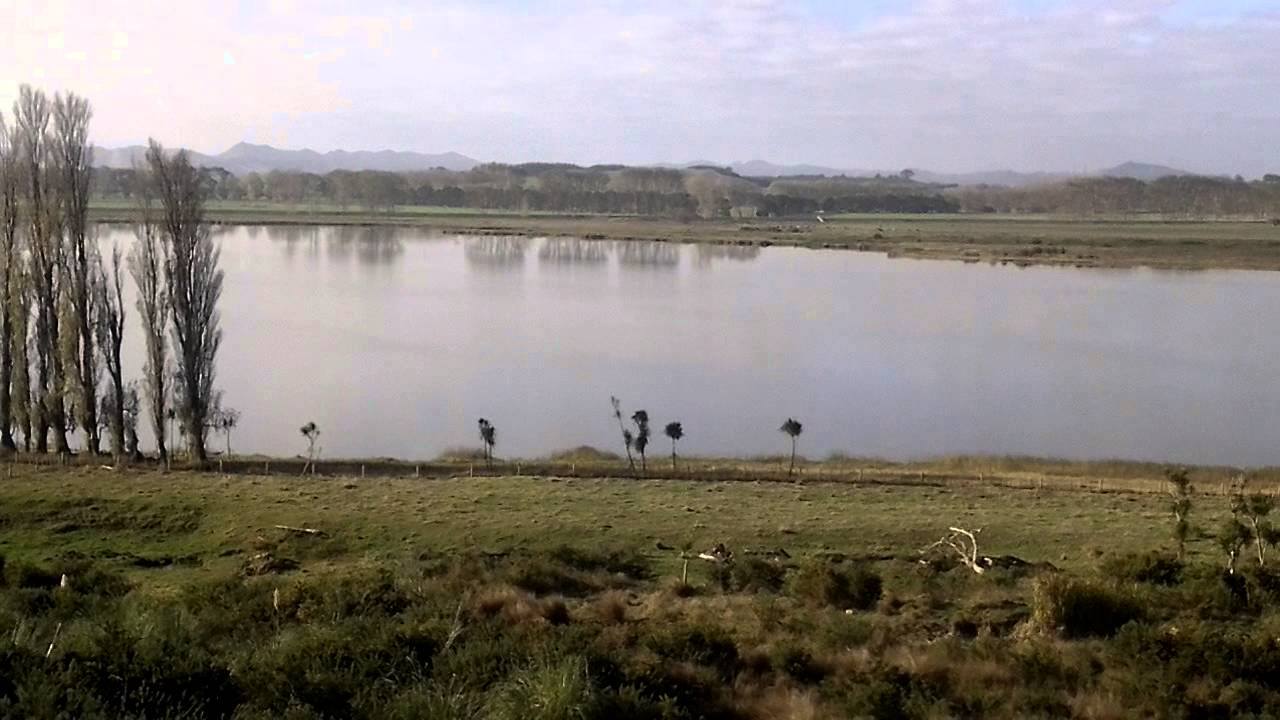 John says he doesn’t bring into play his mechanical knowledge on his properties, but he likes to play with technology.
“I have a plan for reviving the contaminated Lake Whangape, which our property overlooks,” he says.

“I like the idea of wind-powered pumps to start oxygenating it. We could string a couple of big wires across the lake to turn over and electrify the water, and there would be people to scoop up the coy carp that live there at present. We could add freshwater oysters to cleanse the water. And we can turn the lake around within 20 to 25 years.”