It’s not often you pop into your local dairy for a lime thickshake, only to emerge 10 minutes later having scheduled a Friday night ménage à trois with a local Lothario. Not for me, you understand – I’m blithely betrothed to my burly bloke – but for my pet sheep.

In our small town, the Hunua General Store is like Ted Danson’s bar in the 1980s TV sitcom Cheers: it’s a place you want to go, where everybody knows your name, and they’re always glad you came unless you’re holding up customers on the forecourt by holding court in front of the ice cream counter.

A community hub run by the affable Raj, it’s opposite “the Bowler” (the Hunua Bowling Club, home of Wednesday night bingo, our Women’s Institute meetings and the infamous annual Turkey Tournament), beside the local mechanic’s workshop, and just up the road from the tennis courts, hall and the village green.

The Hunua General Store is where it all happens in our ‘hood. It’s where we pick up our courier parcels, fill up with gas and stock up on country essentials like milk, bread, butter, 20kg sacks of chook chow, bags of pine cones collected by local primary school kids, organic citrus, postcards of the Hunua Falls, free-range muscovy duck eggs, Honey Bros bush honey, Mercer Cheese and Pokeno Bacon. It’s also where, with a wink and a nod, you can pimp out your pets in return for a few bales of hay. 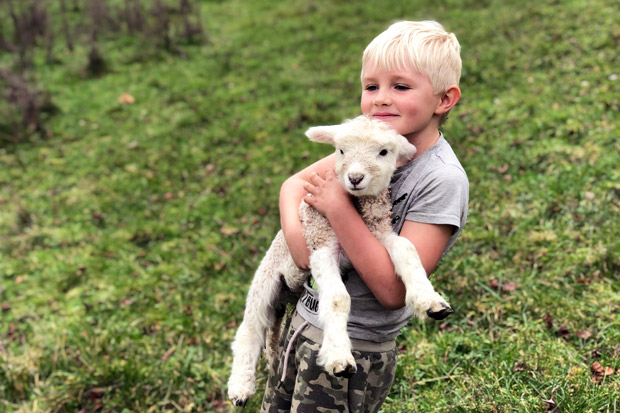 While waiting for my milkshake, I started chatting to Olivia Troost, who works part-time in the store. Olivia is a lifestyle blocker who lives just over the hill from us and breeds Valais Blacknose lambs – those cartoonishly cute Swiss sheep with curly wool, spiral horns and black faces, ears, knees and hooves – at her stud, Valais View Blacknose.

I told Olivia all about my pet sheep, Maisy and Lucy, who we adopted as Ag Day orphans last spring, while she told me all about Alfi and Anton, the pair of gentle, poodle-permed rams she raised from imported embryos implanted into her surrogate Coopworth ewe, Mrs Money Penny. By the end of our conversation, we’d arranged for one of her boys to meet my girls for some Hunua hanky-panky.

Sadly, it wasn’t to be, because instead of popping her cherry, poor Maisy popped her clogs on the very day she was due to lose her virginity. We came home to find her dead in the paddock, having succumbed, as pet sheep are often wont to do, to unknown natural causes. Lucy, who stood bleating over her bestie’s body, was inconsolable, as were we. While the kids and I navigated Elisabeth Kübler-Ross’ famous five stages of grief (denial, anger, bargaining, depression and acceptance), I suspected the last thing Lucy was in the mood for was a sympathy shag. What she needed was a new friend.

When I shared the news of Maisy’s untimely passing with Olivia, she suggested that rather than a rendezvous with a ram, we could adopt one of her pregnant pet ewes to keep Lucy company instead. We couldn’t wait to meet The Marvellous Miss Marlie and it seemed she couldn’t wait to meet us either, as she gave birth to twin lambs the night before we were due to pick her up.

Although Lucy’s not yet quite sure what to make of Marlie, we’ve all gone gaga over her babies, who are now affectionately known as Boris and Doris. They’re cute as a button and cuddly to boot – and best of all, I’m not in charge of bottle-feeding the little blighters every four hours for the next six weeks for Ag Day. It’s a match made in co-parenting heaven. 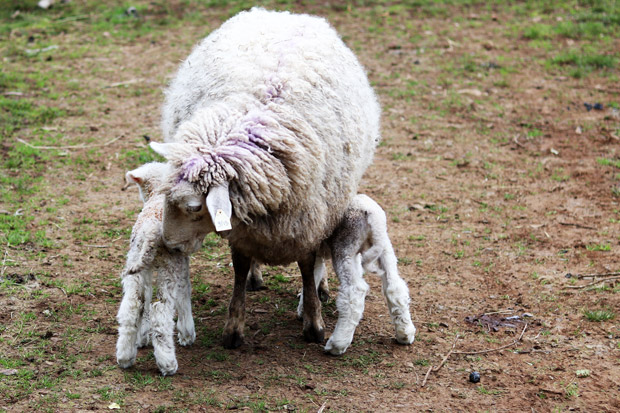 The Marvellous Miss Marlie and her babies, Boris and Doris, have been warmly welcomed into Lynda’s Foggydale Farm fold.

On that note, I’ve often thought there’s a gap in the market for a lonely hearts club that caters not just to country folk, but to their pets. Singletons in the sticks can seek love online in Facebook farming groups, work their moves at the biennial Middlemarch Singles Ball or vie for attention in the Fieldays Rural Catch competition – but what about their four-legged friends?

It’s not what you know, it’s who you know. In many rural communities, you can ask to borrow a bull or rent a ram who has already fulfilled his workplace obligations for the season. Baby billy goats, like bobby calves, are largely surplus to requirements, while randy roosters who can’t be kept in city confines go cheap on TradeMe if your chooks fancy some cock-a-doodle-do amid the hen house hullabaloo.

I’ve never owned a horse but my husband Jason has always had a soft spot for cobs, colts and nags. As a shy, skinny teenager with dreams of becoming a professional jockey, he bought a retired racecourse called Fly who grazed the paddocks at his Aunty Judy’s house. Then Jason grew up (literally; he’s now six foot four) and swapped Fly, who didn’t much impress his petrolhead Westie mates, for a go-kart. 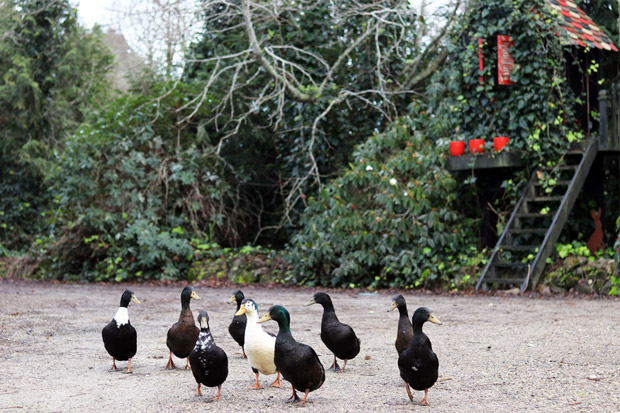 Jason’s previous partner collected ponies the way I collect plants and she was especially keen on pure-bred Cremello horses. When you move in equestrian circles and fancy getting a mare in foal, he says it’s not hard to procure the services of a hot-to-trot stallion. “You get what you pay for, though,” he says.

One final note of caution: if you are looking for love in the country, jumping the fence to give the glad-eye to your neighbours is never advisable, though I wish someone would tell that to my pet cayuga ducks.

Hand-reared in a hutch on our lawn, these docile flightless ducks appear black at a distance but have shimmery purple and iridescent emerald green plumage. Ours are a motley lot, with hints of mallard and muscovy, suggesting their Mum was a bit of a hussy, but they make comely, chatty companions.

Make that comely, chatty and crappy companions. During the lockdown, when the local YMCA Camp Adair was all but deserted, my ducks disappeared downstream and took up residence on the camp’s lawn.

“Hey Lynda,” came an urgent message from the camp’s manager, Dave Lockwood. “We have about a dozen black ducks hanging around our dining hall, pooing everywhere. We really need to get this sorted before school bookings start again next week.”

From lamenting the loss of a pet lamb to rounding up a raft of defecating ducks: I tell you, there’s never a dull moment in the country.