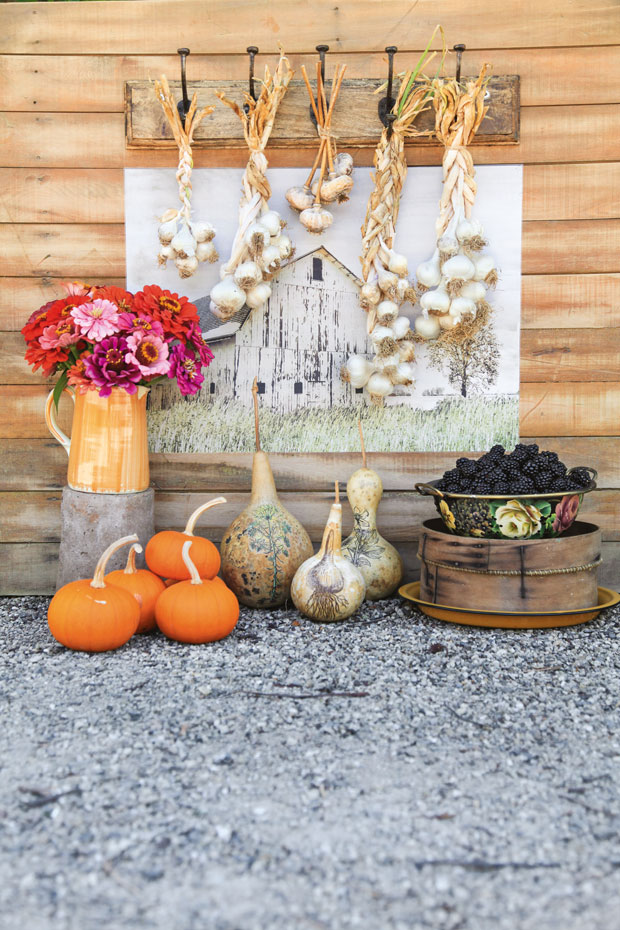 “As a girl, my hair was never long enough to master the art of the French braid,” says Lynda, “so my garlic plaits are, shall we say, rather rustic.” They’re hung to dry on antique coat hooks above a display of decorated bottle gourds, ‘Baby Bear’ pumpkins, ‘Navaho’ blackberries and cheerful zinnias, which are long-lasting in borders and bouquets.

When the going gets tough, it’s not just the tough who get going.

The clock had just struck midnight on 15 April 1912 when Arthur Henry Rostron was roused from the Land of Nod by an agitated rat-a-tat-tat upon his cabin door. “The Titanic is in trouble,” he was told.

As captain of the no-frills passenger steamship, RMS Carpathia, Arthur swung out of bed and into action. He consulted the coordinates: The Titanic was 400 miles south of Newfoundland, some 58 nautical miles from the Carpathia. With an average cruising speed of 14 knots, they could reach the stricken vessel in four hours.

Turn the ship around, Arthur instructed his crew. Full steam ahead, he briefed the officers on the bridge. Turn off all the heating and the hot water, raise the off-duty stokers from their beds and shovel as much coal into the furnaces as possible, he demanded of his engineers. The Carpathia steamed faster than she had ever steamed before, hitting 17 knots to shave half an hour off the rescue mission’s journey. 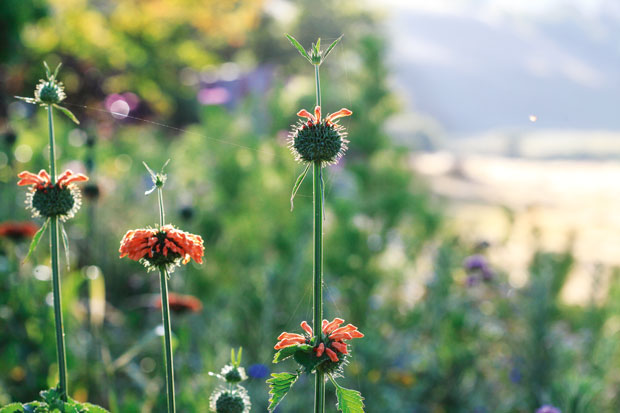 Although the Titanic had gone down by the time the Carpathia turned up, this workhorse of a ship, whose passengers were served mutton and rice pudding, rather than pâté de foie gras and peaches in chartreuse jelly, spent the next four hours trawling through the ice floes, hauling all 705 survivors on board.

More stories you might like:
Tom Scott searches for the "real" Charles Upham in his new book Chasing Charlie

In a crisis, the humble are often the most heroic. The t-crossing planners and i-dotting plotters invariably outlive the flamboyant and foolhardy to save the day. (Mind you, six years later the Carpathia herself ended up on the seafloor, having been torpedoed by a German U-boat.)

The pandemic — and a stinking hot summer — have taught me to rethink my own survivalist strategies. I’m on the side of the better-to-be-safe-than-sorry brigade these days. I’ve stocked my pantry with flour, milk powder and instant coffee and stacked my bathroom cupboard with toilet rolls.

I’ve even bought a chest freezer to fill with fish fingers, frozen french fries, Fruju ice blocks, plums from our orchard and pottles of blackberries from my neighbour Jon’s berry farm. 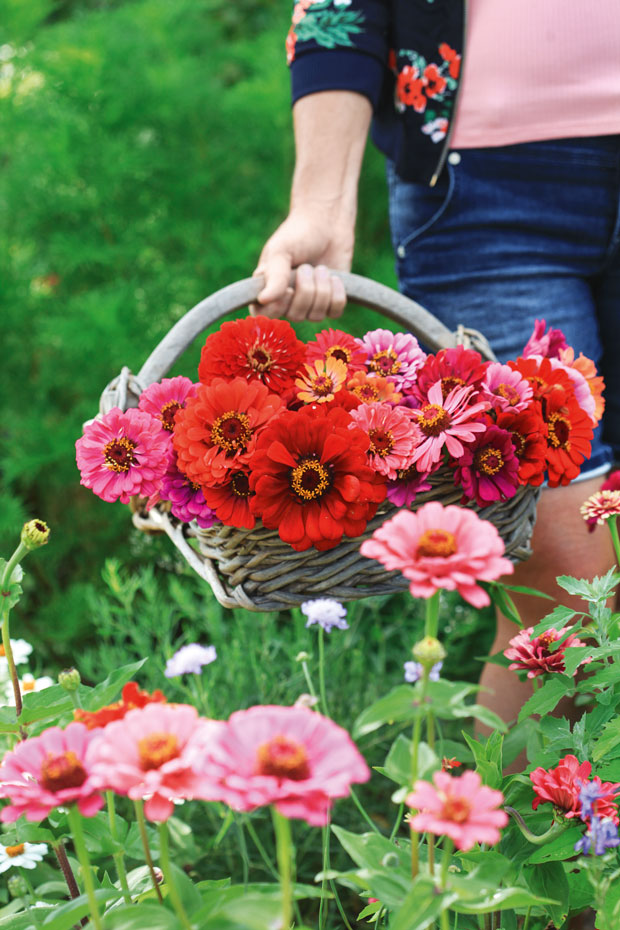 A heatwave is no time to stand over a hot stove bottling fruit or jamming berries. According to NIWA, 2021 was officially the hottest since records began in New Zealand, and 2022 is off to a similarly sweltering start.

Our 20,000-litre water tank ran dry, then our farm pump threw a hissy fit. After six weeks without a drop of rain, I was forced to prioritize my vegetable patch over my flower garden. It wasn’t pretty: the sunflowers sagged their shoulders, my dinnerplate dahlias drooped and even the hydrangeas got the hump.

But while some plants sulked like sissies, others soldiered on in a surprising show of fortitude. The silver foxes of xeriscaping (gardening without water) fame flourished, as did the humpty-backed camels of the cacti and succulent world. My garlic swelled without succumbing to rust while the hoya vine I’d neglected for months inside our barn sent out an inaugural cluster of scented porcelain petals, luring me in like a bee to nectar. Leopards don’t change their spots and nor do tiger lilies (Lilium lancifolium or Lilium tigrinum). These old-time bulbs seem to have fallen out of fashion, but they’re easily raised from the wee black bulbils that form in the leaf crooks up their stems.

A new drought-resilient delight was klip dagga, a quirky beast I grew from seed blagged off Terry Hatch at Joy Plants in Pukekohe. Its lion’s tail whorls of bright orange are held above catmint-lookalike foliage, hence its botanical name, Leonotis nepetifolia.

According to Wikipedia, this short-lived African wildflower is prized for its medicinal compounds, including cannabis-like calming properties. If I’m forced to home-school my sons again this year, I might just smoke it.

As well as the big, bold, late-border girls — the sky-high rudbeckias, copper heleniums, plume poppies and leopard-spotted tiger lilies — I sought summer solace in clouds of self-sown cosmos, dainty sprays of gypsophila and burgundy hollyhocks with petals of shot silk. But the undisputed star of my summer garden was the radiant rainbow of zinnias I germinated during the lockdown.

I’ve never had a jot of luck raising these bristly-legged beauties from seed before. They’re best sown in trays on a heating pad indoors in November and cosseted in pots until the soil warms up in December but leave it too late to transplant zinnias, and they won’t be able to stand on their own two feet during the holiday season. 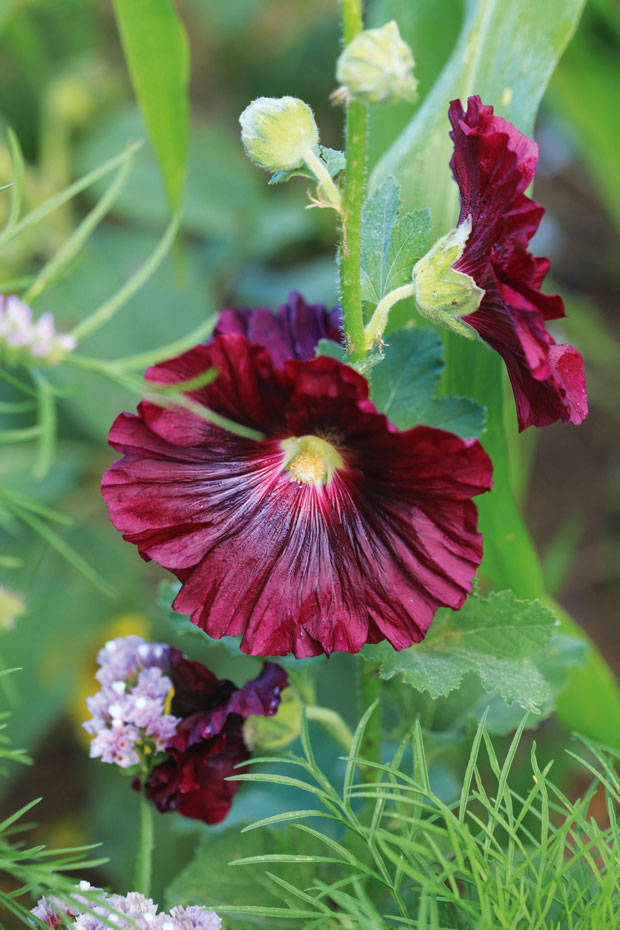 Although they inevitably succumb to rust, hollyhocks (Alcea rosea) are statuesque beauties in satin ballgowns. These cottage perennials flower in their second year and, all going to plan, self-seed generously.

Nonetheless, last September, I impetuously sowed a packet of Zinnia elegans ‘Dahlia Flowered Gold Medal Mix’ (from Kings Seeds). Not only was it far too early, I usually avoid sowing lottery selections as their clashing colours are an affront to my matchy-matchy sensibilities.

However, I had a spare packet of seeds from a school fundraiser and plenty of time on my hands. For three whole months, I diligently nurtured my trays of premature babies, taking them out — as a Plunket nurse once advised my mother to do — for a daily constitutional of fresh air and sunshine before returning them to a warm bedroom at night.

While I was mollycoddling my zinnias, my husband took his tractor to our flattest paddock, ploughed it in and sowed a field of barley with plans to make whiskey. But the rains never came to his plains, and his barley barely grew. 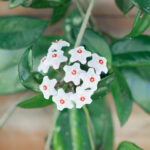 The secret to getting subtropical hoya vines (below) to bloom? “Pot them up in a warm, bright room and ignore them entirely,” says Lynda. 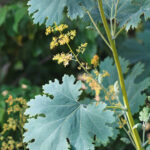 “I may live to regret planting plume poppies (Macleaya cordata), as they have a tearaway reputation as a thug that takes over, but for now, I’m smitten with their tawny flowers and gorgeous glaucous foliage.”

More stories you might like:
3 new books New Zealand foodies will love: Kate Coughlan reviews The Vineyards of Central Otago, Lands of the Curry Leaf and  Delicious Dunedin

What’s more, in January, someone left the gate open and my rescue cows got in and chewed it down to stubble. A week later, the cows got into my orchard and ate all the apples before I could bake them into apple and blackberry pies.

All I can say — that’s fit to print, at least — is that Fantail, Cupcake, Sebastian, Dusty and Rusty are very lucky that my pandemic planning didn’t extend to buying a chest freezer big enough to fit a side of beef.

Everybody needs good neighbours, but few of us are blessed with a pick-your-own berry farm right across the road. At Hunua Valley View, my neighbour Jon Christie has a paddock of blackberries, boysenberries and raspberries that keeps our local community spoiled from Christmas to Waitangi Day.

When I was a country kid, foraging for wild blackberries brought equal parts pleasure and pain. Before the council started spraying the thickets of noxious brambles along our roadsides, it was an autumn tradition to scratch our ankles to bits trying to beat the birds to the sun-ripened, succulent fruit. Lynda picks ‘Navaho’ blackberries, popping them into an antique colander from The Vintage Shed in Karaka.

Jon grows two varieties of mostly thornless blackberries, ‘Karaka Black’, whose big tart berries of which ripen just in time for the Christmas trifle, and ‘Navaho’, which is smaller, sweeter and ripens in late summer. Both are significantly more vigorous than ‘Black Satin”, a popular variety for home gardens.

Plant blackberries at the base of a trellis or post and wireframe and train the long canes horizontally, as espaliered brambles crop along the length of the cane. After fruiting, cut down the old canes and tie in the fresh suckers for the following season.

Lessons from a plantaholic: Why Lynda Hallinan finds more peace than profit at her Hunua Ranges block