Mauao is our mountain
Tauranga is our ocean
Ngāti Ranginui, Ngāi Te Rangi, Ngāti Pūkenga are our iwi
Taakitimu and Mātaatua are our waka
Greetings from this descendant of Tauranga Moana

Donna is the Ngāti Ranginui representative on the National Iwi Chairs Forum. She was recently appointed to the National Steering Committee on Eliminating Racism and is a former board member of Māori Television. She is a community, youth development and women’s advocate and contributor to developing protocols for indigenous representation at the United Nations forum. She is also a former PhD scholar and Auckland University researcher and community coordinator (Ngā Pae O Te Māramatanga) with a certificate in indigenous diplomacy (Faculty of Law, University of New South Wales).

WHY DID YOU TAKE ON THE ROLE OF CHAIR FOR YOUR IWI?

I returned to work with the iwi in 2015. That’s probably helpful because I hadn’t been caught up beforehand in the treaty settlement negotiations, which had created conflict for a long time within our marae and neighbouring hapū and iwi.

Kaumatua active in that campaign have since passed. So the cultural knowledge they had, the understanding of whakapapa (genealogy) links and those trading relationships with our northern iwi have diminished.

Though the significance of that history remains essential to our tribal identity, the treaty settlement process blurred the boundaries on historical land use and occupation and, as a result, created a lot of conflict. This has then spilt over to creating angst within our marae and hapū and inevitably our iwi — which has, in turn, overshadowed long-established tribal relationships. The only real beneficiary of that conflict has been the Crown. I didn’t intend to take on any governance role participating in iwi hui initially as a Ngāi Te Ahi hapū representative. I have been the iwi chair since 2019, working with the established entities that emerged through the various relationships with the Crown and local government and their respective governance and management structures.

My focus is to look at how we can work more strategically and be more collaborative — helping our people to see what we have in common and why we need to move in a different direction from one of internal conflict. It is challenging as I have strong whakapapa connections to all three iwi of this region, Ngāti Ranginui, Ngāi Te Rangi and Ngāti Pūkenga. But I also see that extended whakapapa as a strength.

My parents, Joseph and Parengamihi Gardiner, both came from large families and had their own large family. So I spent time with my maternal grandmother Wehipoti Harawira (nee Ririnui). She essentially had to raise her family because my grandfather Hori Harawira had suffered gas poisoning during World War I.

I suppose that’s where being part of an extended community helped and why I think it is important to own the tribe’s ongoing development — creating that sense of place and connection; there are many examples within our own communities of the benefits.

I was active with other Māori students at Victoria University in Wellington during the early 1970s. It was an environment that would herald a lot of societal change. One such action was as a Te Reo Māori Society member, supporting the Māori Language Petition, which celebrates its 50th anniversary in September. I also learned to build networks with women participating in leading and contributing to that change. One was Te Amorangi, a network of Māori women at Auckland University who were active in community development. We often worked on issues concerning indigenous women’s rights, land disputes, and understanding the political system and why it was essential to hold the government accountable for its policies.

Today, the network remains a support group where the Māori women involved have leadership roles in academia, tribal affairs, local and central government and education.

By the 1990s, I was a founding member of the Kia Mōhio Kia Mārama Trust. We produced Kia Mataara, a 13-part graphic novel on decolonizing Aotearoa with members Rob Cooper (CNZM), Rua Rakena, Professor Jane Kelsey, Barbara Menzies and Moana Maniapoto. Today, that resource is highly valued, but we were seen as troublemakers then. It shows you how much the conversation has changed.

WHAT DOES THE CALL FOR LEADERSHIP MEAN TO YOU?

In 2019, we helped host for our iwi, Vision Ranginui, to map out our priority focus and establish our cultural capability.

It was enlightening to see the rangatahi (younger generation) come to the fore. They have been the beneficiaries of earlier struggles on education and te reo. They are keen and willing to contribute to our tribal development. 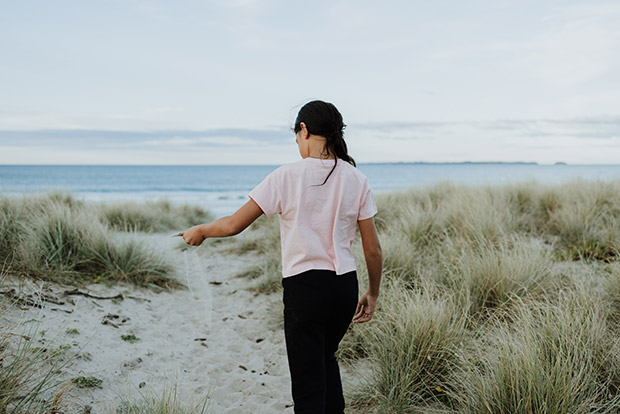 My role will be to harness that and co-design with our marae and our hapū a value-based organization and strategy that will empower an intergenerational shift away from the trauma of our colonial past. The success formula must recognize that leadership is a collective responsibility and that we all have a role to play.

WHAT ARE THE GOALS FOR YOUR PEOPLE?

As a coastal iwi, climate change is an important issue. But we are constantly dealing with the changing politics of local and central government.

My aspiration is that we are positioned as a voice of influence, that we can be a significant contributor to the solutions, be they economic, social, cultural and environmental, and that all our partners understand the benefits of our vision “Kia Tū te Mana o Ngāti Ranginui” — what it means to uphold the mana of Ngāti Ranginui. Ngāti Ranginui Rūnanga represents 10 marae and 6 hapū, ranginui.co.nz. Ngāti Ranginui forms part of the Tauranga Moana Collective, which has yet to complete its Treaty of Waitangi claim with the Crown because of competing interests from Pare Hauraki iwi in the final settlement process. Negotiations are ongoing.