This week, storm horizons have Polly pondering about the world her children will grow up in.

It’s not the sea-level rise we were expecting. Back in high school, it was a topic of mild amusement as we idly speculated on where the new beachfront would be amid visions of gondolas gliding genteelly over drowned city streets. Like the pop-bright world of the Jetsons, it wasn’t something we actually thought we’d see in our lifetimes. After all, the tide was only predicted to climb a puny few millimetres each year.
In those days El Nino and La Nina were the ones to watch out for as they swayed the nation’s summers like a pair of terrible twins. However, those climate cycles seem as toothless as chubby babies compared to what’s happening now.
Almost weekly, it seems, another weather bomb blasts some part of the country, with clouds emptying over the land in monsoon proportions while coastlines fall into the surging sea. Three weeks ago Cyclone Fehi swept the ocean right through the downstairs rooms of my uncle’s coastal home. Schadenfreude is the experience of joy that comes from learning of another’s troubles. This is not me, but every time forecasters report the next significant storm is heading for some part of New Zealand other than mine, I cheer that we’re being spared the worst.
We’ve been hit all the same. Landslides litter the way up the valley. Swollen streams have burst their banks and dumped silt and stone in our path; constant potholes make me wince for the car’s suspension; diverting waterways have carved ditches through roads and a fallen chunk of the hillside is threatening to undermine the track from our letterbox. 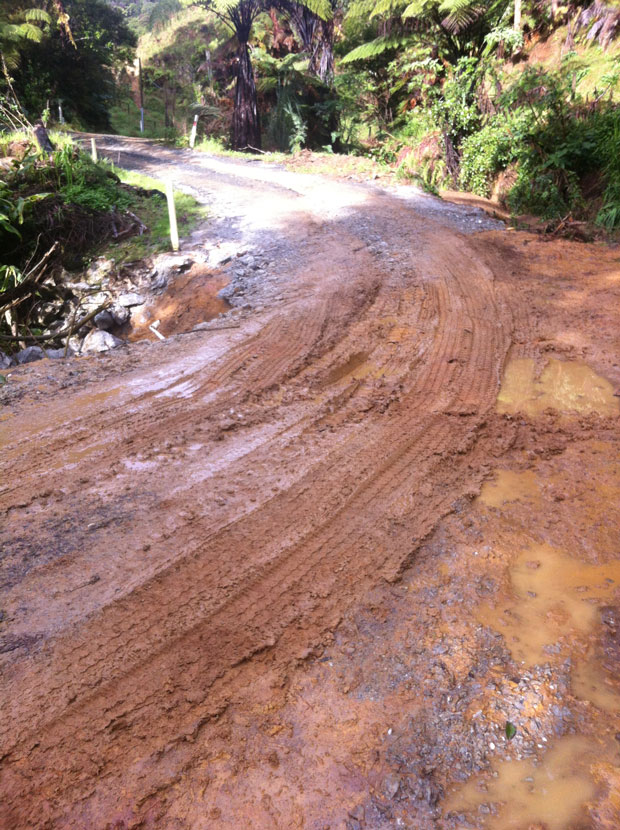 ‘Just call the council,’ a friend advised breezily, but I’m starting to wonder what will happen when there are simply too many roads to repair. Perhaps the rain is turning me pessimistic but living in the back of beyond doesn’t seem like such a smart idea if we’re forced to ride horses to reach the town. It would be an epic journey for supplies, and while we could always extend our vegetable gardens, only bananas and taro are thriving in this summer’s hot, wet conditions.
Out on the coast, we’ve watched the grassy area in front of Cable Bay shrink as waves smash it into the water. Concrete picnic tables, just a few years old, will need moving if the sea keeps this up. A massive retaining wall added along Coopers Beach has an air of desperation to it, while everybody’s asking if the owners of a recently built beachfront mansion are mad.
‘What will you do if the coast road goes under?’ I ask my uneasy mother at her seaside home. Lately waves have been hurling themselves alarmingly at State Highway 10. Given at least 2,000km of New Zealand roads have been identified as threatened by climatic change, it seems an enormous problem is on its way.
Someone told me the last time Earth was at today’s temperatures, the ocean was nine metres above where it currently is. While I couldn’t find the source of this statement, Wikipedia glumly confirmed that over most of geologic history, the long-term average sea level has been significantly higher than now. 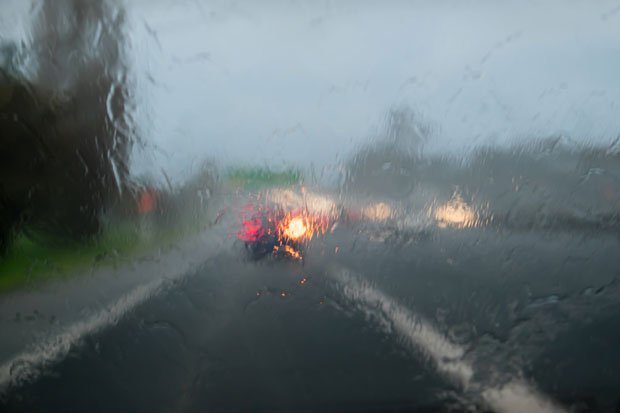 Our planet has emerged from another ice age and entered what’s known as an interglacial cycle. When previous ice ages have ended, sea levels have risen up to 120 metres, albeit over a span of thousands of years. On average, it does indeed work out to be a rise of around a centimetre a year, just like my school teachers told me; but the scientific jury seems undecided on how it actually plays out. A melt-down is faster than a freeze-up, one online scientist said. He explained that melt rate is exponential and concluded his gloomy essay with the prediction of a seven-metre sea rise by the end of this century.
It’s the storm surges I’d failed to see coming. Instead of lapping benignly at its edge with an incrementally extending tongue, the ocean keeps turning into an unpredictable beast with terrifying reach and power. Like great white sharks and giant squid, it’s not meant to come ashore like that; not in the form of nine metre waves smashing the land. And since when did rain run from the sky like a vertical river for hours at a time?
From what I’ve gathered online, Earth has been moving through interglacial cycles for millions of years. This time, however, we’ve added unprecedented levels of carbon and a heaving population to the mix. While there’s uncertainty over the carbon’s impact, we know it absorbs heat. It’s also a fact that other species boom when environmental conditions are right, and bust when the going gets tough. For all our technological advancements and perceived sophistication, we are just another species on the planet.
Across the world, Cape Town is running out of water. Day Zero is predicted to be just a few months away; when the city’s taps run dry and four million people become water refugees. Tokyo, Mexico City and New Delhi are rumoured to be following suit. Meanwhile, the populations of Bangladesh, Florida, the Pacific Islands and other low-lying regions face refugee status for becoming too wet.
Burrowing down rabbit holes of internet research, I became tangled in predictions of impending ice ages, altered solar cycles and geo-neutrinos heating up Earth from within. Amidst all the speculation only one thing was a given: change is certain.
As the children strip off to dance through yet more torrential rain, I wonder at the world they’re stepping into. With droughts setting in and infrastructure washing away, climate instability is their norm. If there’s a silver lining to the constantly gathering storm clouds, it’s that change presents us with opportunities and evolution arises from adaptation.