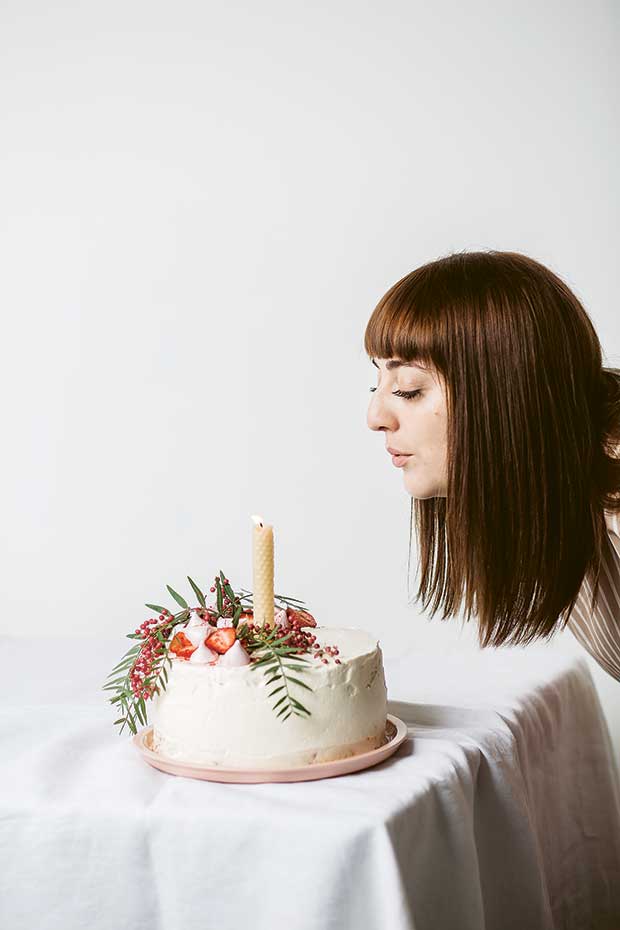 This airy dessert is part pavlova and part cake – the best of both worlds.

This recipe combines two of my great loves – pavlova and cake – to create a dessert that is ridiculously light and fluffy. For this recipe, you will need an angel food cake tin (ideally with a removable base and feet) to give the cake its incredible shape.

The main point of difference with this recipe compared to others in my book is that you must leave your baking tin ungreased. As this cake rises, its batter is able to cling to the tin, giving it an incredibly fluffy texture and height.

Preheat the oven to 180°C. Do not grease your tin! In the bowl of a stand mixer fitted with the whisk attachment, whisk the egg whites and the cream of tartar on medium speed until soft peaks form. Gradually (and patiently) add the sugar, one spoonful at a time, and beat until stiff peaks form, just like a pavlova base. Whisk in the vanilla.

Remove the bowl from the stand mixer. Sift one-third of the flour over the egg white mixture, then fold the ingredients together with a metal spoon and repeat until fully incorporated.

Bake for 35–40 minutes, or until the top is puffed, lightly golden and springs back when touched. Turn the cake upside-down immediately after pulling it out of the oven, and leave it to cool on a wire rack (or, if your tin has feet, simply rest upside-down on those).

Once completely cool, gently shake the tin and run a knife around the edge to release the cake. Cut the cake in half horizontally and place the bottom half on your desired serving plate.

In the bowl of a stand mixer fitted with the whisk attachment, whip the cream and vanilla until stiff peaks form, though be careful not to over-whip. If you do happen to over-whip your cream, gently whisk in a few additional teaspoons of thickened cream and the mixture will balance out again.

Cover the bottom half of the cake with a layer of whipped cream and strawberry halves. Place the second layer of cake on top and ice with the remaining whipped cream.

To serve, top the cake with the remaining strawberries and dust with icing sugar. Store leftovers covered in the fridge for up to 2 days. 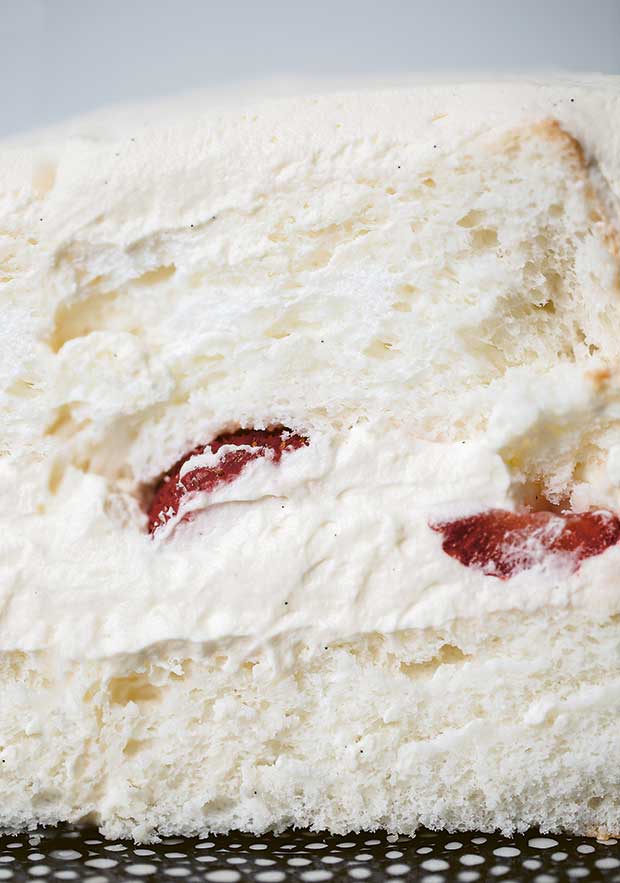 This is an extract from Just Desserts by Charlotte Ree, Macmillan Publishers, RRP $34.99