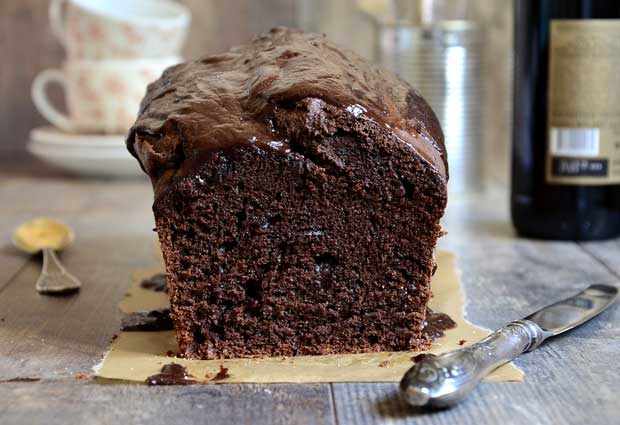 Every once in a while all my bugs need feeding at the same time. Mine are not of the six or eight-legged variety, and they don’t snoop or spy on anyone.

They are responsible for the rising of my daily bread, the conversion of milk into yoghurt, the miraculous transformation of cabbage into sauerkraut and, last but not least, the process of turning water, malted barley and sugar into beer. Add to that my fungus friend kombucha, and I honestly feel as though I have a small community of ‘others’ dwelling in my kitchen.

I’m not a huge beer drinker but I must say that there’s nothing more satisfying than sitting down after a hard day’s work to a tall glass of our own home-brew. Ale is one of the oldest beverages humans have produced, dating back to at least the 5th millennium BC and recorded in the written history of ancient Egypt and Mesopotamia. Some folks even say that fermentation in the form of beer and bread is arguably responsible for humanity’s ability to develop technology and build civilization.

Our favourite of late has been a double stout. This takes two stout kits, no sugar. The only sugar is a teaspoon and a half in the bottles before we rack it off. It’s food as far as I’m concerned, rich, dark and smooth, good for drinking but perfect for cooking with too. In fact beer was often referred to as ‘liquid bread’ in the good old days. Back then, physicians and practitioners of holistic medicine used beer liberally in their cures and as a base for their potions, mostly because beer was safer to drink than water or milk.

More stories you might like:
How to care for yuzu: Grow this foodie favourite in New Zealand

In cooking, there are three things to know

1. Select a beer that  will complement and enhance the food
The flavour of the beer will influence your dish and you need to decide just how dominant you want that flavour to be beforehand. One rule of thumb to follow is like wine – dark beer for robust dishes, light beer for lighter fare.

2. What role the beer will play in your cooking
Enhancing the flavour of the food is not the only role beer can have. Beer can be used as a yeast enhancer to complement bread and pancakes. It is also invaluable as a meat tenderiser and glazing agent, infusing roast meat dishes with an unbelievably rich, full-bodied taste.

3. Bring the beer to room temperature before cooking
When you discover your half empty glass the morning after, don’t throw it out. Put it to good use by mixing up a batter for onion rings or fish fillets. Another unusual use for leftover beer is to feed it to your chooks. One morning, after a particularly good ‘do’ at a mates’ place, I noticed him collecting the bits and bobs of beer strewn about the place and pouring them into an ice cream container. He then added chook mash and put the whole lot into the microwave. Chook porridge, he called it and boy, did the chooks go for it! 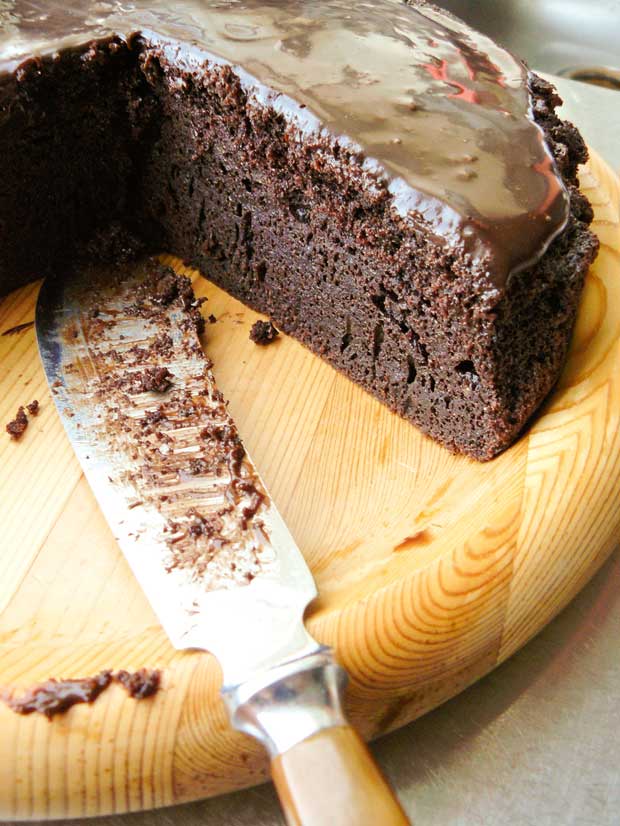 If you are looking for a new cake recipe for celebrations, this is it! A great hit with teenagers (‘cos it’s got booze in it), you can double the mixture no sweat and make a great big cake for all their mates to share. It comes with a warning though – don’t overcook it or it dries out terribly. The skewer should come out just a wee bit sticky for it to be just right.

Preheat oven to 180°C. Measure butter and chocolate into a small pot and heat gently until melted.

Whisk yoghurt and eggs together in a large bowl, then add stout, vanilla and chocolate-butter mixture. Stir to combine.

Sift in cocoa powder, sugar, salt and flour. Dissolve the baking soda into the warm milk, then add it and the rest of the liquids to the mix. Stir until evenly mixed.

The mixture may seem awfully wet but that’s the way it needs to be. Don’t be tempted to add more flour. Pour into a lined spring form cake tin.

Bake for 40-50 minutes until a skewer comes out almost clean. Cool and then ice with rich chocolate icing. For the icing, gently heat 125g dark chocolate and ¼ cup sour cream until just melted. Stir until glossy. Icing will be firm but not set. 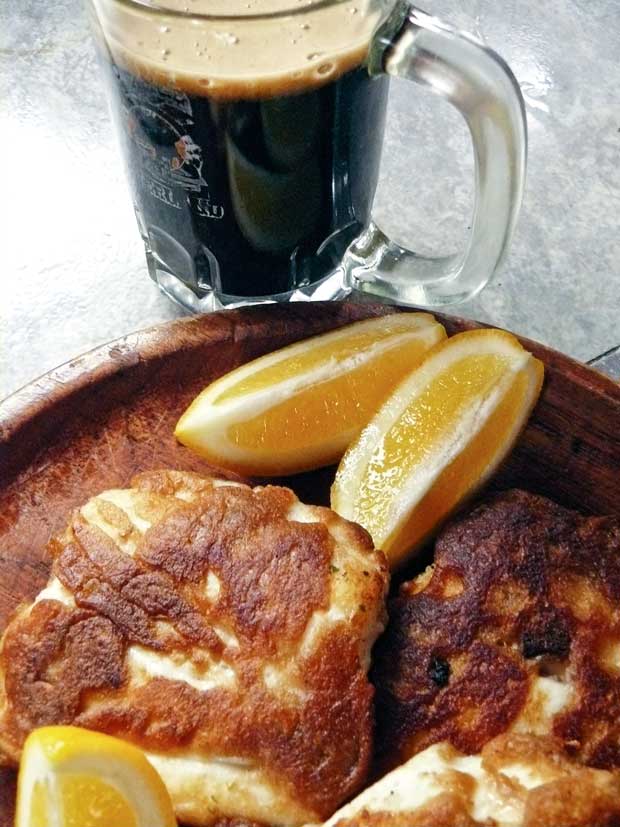 This great beer batter recipe was invented by my husband, Paul, to use up some beer that had lost its fizz. However it works just as well with the fizzy stuff.

Mix the dry ingredients together in a bowl. Slowly add stout until you have a thick batter, about 250-300ml but you might need more or less.

Dip fish into the batter and cover completely. Fry in shallow oil until brown and crispy. Drain on paper towels or brown paper. These are delicious with tartare or sweet chilli sauce.

These are an instant hit anywhere, anytime. I can barely keep up with the punters when I make them.

Place flour and salt in a bowl and add enough beer to make a smooth, liquid batter. Heat the oil in a deep frying pan. Dip raw onion rings into the extra flour, then the batter, then carefully place in the hot oil. Cook in batches, turning them once until they are puffed and golden brown. Drain on paper towels and serve with spicy sauce or burgers.