Her modern spin on an ancient craft proves embroidery can be as gallery-worthy as a painting.

When it comes to trawling her local op-shops, Alice Alva always makes a beeline for the craft section. One man’s abandoned craft project is another’s treasure, Alice explains. Sequins, cottons and fabrics suddenly alive with potential are sorted into buckets and tucked in a craft cupboard in her Hamilton home.

“I’m a collector of things, and you do get to a point where your cupboard is brimming with materials and you think: Now what shall I do with all these things?” she says. “I pick things up and go from there. I’m a very tactile person. Mum always had craft stuff around as a kid, and I think I’ve long been more obsessed with materials than the work itself.”

Art was Alice’s way to keep herself entertained as a child. “I’ve never been able to keep still, and art has always been calming.” There were sketches, paintings and craft projects constantly on the go while growing up in Hamilton.

She recalls her first embroidery experience on a trip to Melbourne. “We were staying at an aunty’s house, and obviously it wasn’t super exciting in the suburbs. So I sat there and embroidered with a long-stitch kit, and I remember feeling so accomplished when I finished it.” 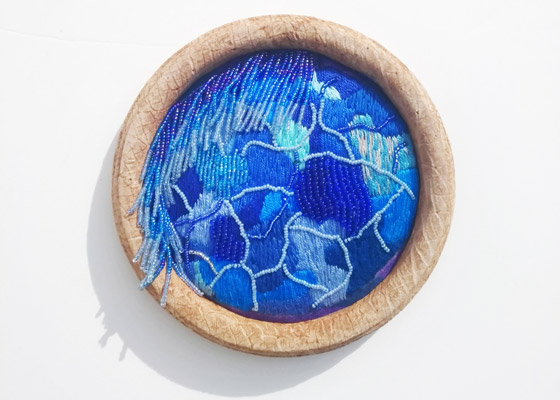 Painting, however, was initially her dominant practice while she studied at the School of Media Arts at Wintec. A six-year stint in Melbourne followed, a move that left her slightly disillusioned with being an artist.

“It was a bit of a struggle there, because everyone else was an artist too.” This emotional roller coaster was reflected in her work; while on public transport, she began drawing twisting lines and sweeping curves in her A4 sketchbook.

More stories you might like:
'Different is okay': Former poet laureate Selina Tusitala Marsh’s new book Mophead is set to make a difference

Little did she know, those doodles would become a major influence in her work. “They were repetitive, in-depth patterns, almost quite obsessive work. When I moved back home to Wellington, I thought embroidery could be a way to use these patterns in a different outlet,” she says. 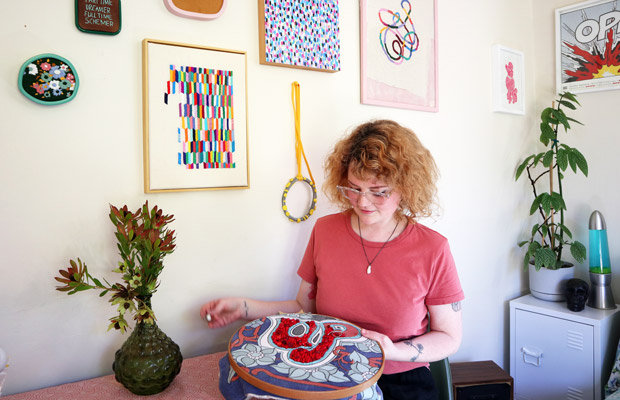 Painting commands a fair amount of space physically and mentally, says Alice. Embroidery emerged almost as a necessity of life in shoebox-sized Wellington apartments. “It’s tactile like paint, but there’s no drying time, and it’s easy to transport. I could take my work bag anywhere with me,” she says.

She even took her embroidery on flights to visit family in Australia, which came with regular run-ins with customs. “I’ve had countless pairs of scissors taken off me in airport security. I’ve since worked out that the little piece of metal on a dental floss container works a treat to cut thread.”

Mastering the techniques of embroidery took a fair bit of trial and error, but the embroiderers’ guilds in Wellington were a welcoming community, Alice says. “I thought with an older craft there might be some kind of gatekeeping, but there wasn’t at all. Embroiderers are always interested in other people’s processes, the learning isn’t linear.” 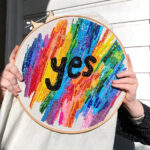 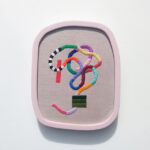 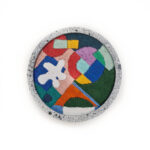 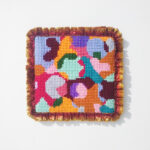 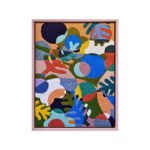 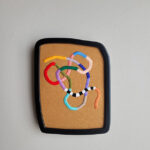 She exhibited 12 works inspired by her drawings in transit at Toi Pōneke Arts Centre (Wellington) in 2017. “That was encouraging, it showed craft was being given more space in the fine art world. It’s been a long time coming – embroidery never sat within white walls of a gallery. It was something done in the home, not displayed on gallery walls. But that’s changing now and this acceptance is perhaps due to the resurgence in craft among younger people.”

More stories you might like:
Black Ferns Sevens star Michaela Blyde finds strength and resilience after an Olympic disappointment

In 2018 Alice was a finalist in the 27th Annual Wallace Art Prize, with an embroidery series inspired by Wellington’s housing crisis. Her works’ titles poked fun at the housing market and were pulled from Trade Me property listings, including ‘Elevated Potential’ and ‘Hidden Gem’. Her entire series was bought by the Wallace Arts Trust.

Often Alice will work across four pieces at time, and can sit all day happily and stitch. Playing records reminds her to stand every 20 minutes or so. “I have to go and flip the record, and that’s good for the body and eyesight, otherwise I’d probably forget.” She does get the odd knot in her cotton as she embroiders, but says she’s learnt single strand cotton is a lot less messy to work with than a six-stranded skein of cotton.

The colours of her surroundings leak into her work. “I spent a week in Coromandel this summer and set up on a shaded beach under pōhutukawa. Blues and greens seep into the work and often it’s subconscious.”

Her signature embroidered line works are drawings; instead of using a pencil to draw, it’s thread, she says. “They’re always a glimpse of how I’m feeling at the time. Sometimes the lines are broken or tangled, sometimes connected.” Recently she packed up and moved (managing to squeeze her craft supplies between 16 house plants in the back of her Mazda Demio) from Wellington back home to Hamilton. “It feels good to be back. I’m living with my sister, Shelley. I feel like I need a connection with family again.”

Shelley is weaver, and often leaves half of the lounge covered in flax as she weaves harakeke (currently there’s a dress in the works). Meanwhile, the other half is dotted with Alice’s embroidery threads, scissors and frames.

“Our craft cupboard is nicknamed ‘the cupboard of high ambitions and broken dreams’. Someone somewhere had dreams of knitting or sewing and never quite got there,” says Alice. 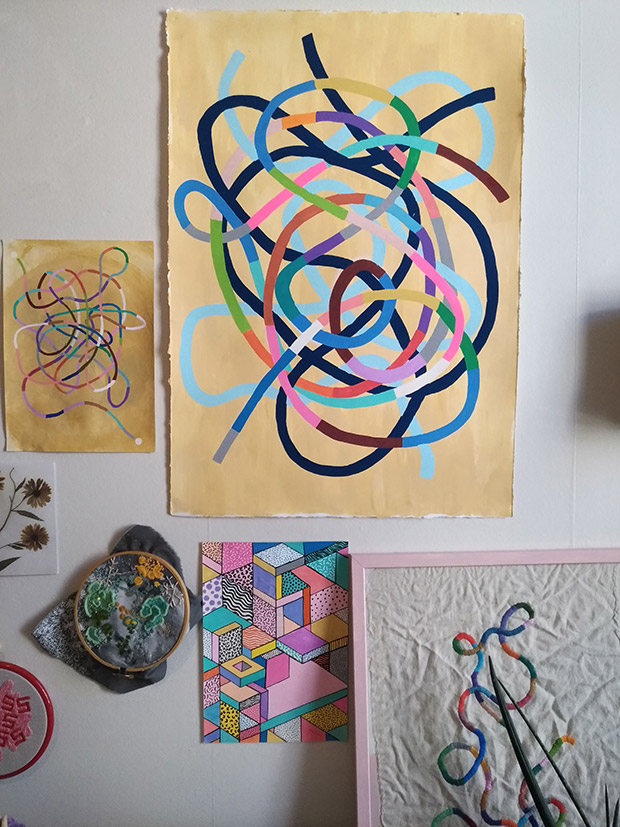 Currently she spends her weekdays teaching art at a local intermediate school, and weaves her own art practice into evenings, weekends and holidays. “It’s great to try and hook kids when they’re young to instil that love of the arts. I get to teach art to every kid in the school, and I feel privileged to be able to do that.”

Alice says she’d go stir crazy if she didn’t create. “I have to be making something. So many people ask how long my embroideries take, but I always say I have no idea, because I get so absorbed doing it and love it so much. It’s meditative, and a form of escapism almost.”

There’s a sense of accomplishment with embroidered pieces, she says. “You can see your progress, and there is an end point. Plus, there’s something nice about producing something in the physical world and not the digital. You can see it, you can touch it – it exists right in front of you.”