What it takes to kill a rat 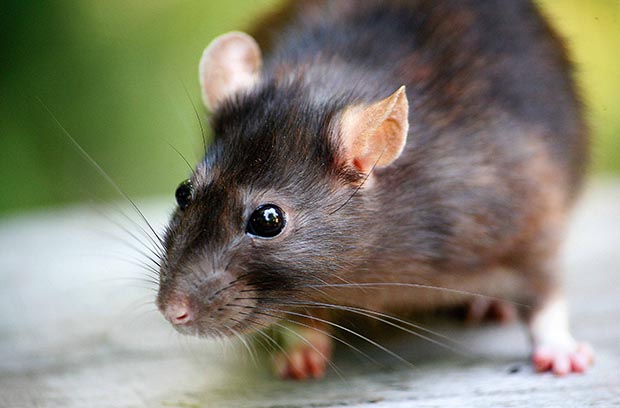 Rats are incredibly smart, and it can be difficult to reduce their numbers if they’ve learnt to avoid bait and traps. But science has discovered the one thing a rat can’t resist, and Sheryn Dean has successfully put it to the test. 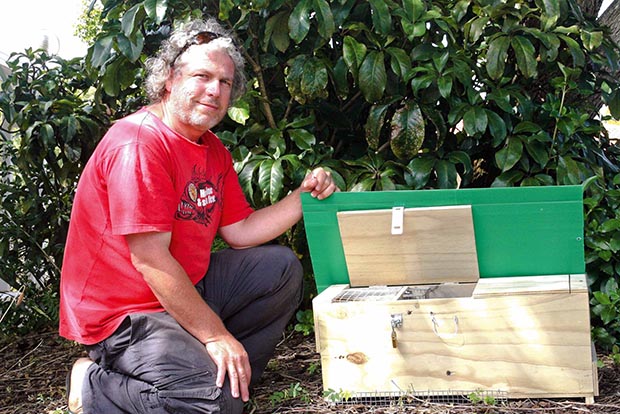 Idan Shapira studied the best way to trap rodents for his PhD thesis.

There are three types of rats in New Zealand: big ones, mean ones, and nasty ones. Also known as the Maori rat or kiore (which has retreated to Fiordland and some islands), the ship rat and the Norway rat. The brown or Norway rat is the biggest, around 200-250mm long in the body, followed by the ship or black rat (120-150mm). However, if they’re not sitting side by side, you can tell the difference between the two by their tails and ears:

• the Norway rat’s tail is shorter than its body, the ship rat’s is longer

• press the ears of a Norway rat forward and they will not reach its eye, whereas the ship rat’s ears will cover its eye.

We have a large orchard and a wide variety of nut trees, free-range ducks, guinea fowl (who lay eggs in random places), and a daily helping of pig food so there is plenty of dinner for rats on our block.

While I don’t mind the odd rat, numbers have been steadily increasing. There is now quite a rat city around my pig feeding area despite my attempts to control it using a variety of methods. There is the Predator DOC trap, and as a bonus it theoretically catches ferrets and stoats as well. This, with an egg as bait, has caught one rat down by the silage bales in the past five years, luckily before he damaged the silage so it paid for itself.

Then there are the various overgrown mouse ‘snap traps’. I’ve tried baiting them with bacon, peanut butter, cheese and anything else going and they’ve never caught anything. Plus, when I did use them they eventually got trashed by the pigs whenever they got the chance. I’ve even tried high-tech types that are meant to spring a docking band over a rat’s head.

These were placed by the rat’s back door, front door, side door, basement door and skylight (about one metre up the hill). They were left and not touched for months and covered with earth to eradicate human smell, they have been refreshed with new and different baits, but all to no avail. They have caught nada, nothing, zilch.

The problem with all these is they rely on bait as lure and when you have food aplenty, Mr and Mrs Rat just don’t take the bait. I do have a professional, full-time, natural-born rat killer who is currently purring in front of the fire.

He is certainly not useless and has wandered past on several occasions with a rat tail hanging from his jaws, but still the rat city has expanded into outer suburbs under the walnut tree. It’s not surprising when you consider one female rat can have five litters of up to 14 babies per year, and her daughters can start breeding at five weeks. The maths on that is pretty scary even assuming a poor survival rate and the mother living 12-18 months.

I’m limited to traps because I’m loathe to lay out poison. We have dogs and pigs so there’s the possibility of them eating a dead rat, and there’s the problem of the rats’ lack of taste for bait and my distaste for inflicting a cruel death. Even the traps I can use are limited because when you own inquisitive and slightly dumb guinea fowl (who are prone to getting caught in the magpie trap), any trapping system must be rodent-specific.

My options were running out and I really wanted to reduce their numbers but preferably eliminate them altogether before last autumn when my walnut, hazelnut, chestnut, pecan, and geuvinas were due to produce for the first time. I did not want to share all my new crops with free-loading rats.

Then I met Idan Shapira at a NZ Tree Crops Association conference and his method sounded like it could be my solution. Idan did his PhD thesis at Massey University on control aspects of NZ invasive rodents and came up with a way to catch rats that is so brilliant, yet so simple, you wonder why no-one has ever thought of it before: you use a rat to catch a rat. A rat decoy.

A Judas. Rats are very social animals. They have a highly-tuned sense of smell, and urinate to advertise if they are looking for a mate. Wild rats will come to check out another rat, and all you have to do is put a trap in their path.
I copied Idan’s idea and made a comfy rat cage that fitted onto the end of my Predator DOC trap cage.

Finding a Judas rat proved slightly more difficult than I imagined. I refused to pay $50 on Trade Me for a rat, but I finally found a male in a pet shop. I had thought a female might have been more enticing but Raticus is doing the job just fine. His first score was nine rats in 10 days, and he caught well over 30 rats in his first autumn-winter on patrol. He didn’t seem psychologically damaged by it either – rather superior if anything – and he’s quite happy to chat at feeding time.

Even though I am opening the trap daily to feed and check on Raticus, his scent must be stronger than my human smell, although I still keep handling to a minimum. His cage has an upstairs sleeping loft with newspaper bedding and a downstairs rumpus room with water and food. There are grates at both ends, and my Predator DOC 200 trap sits up against one .

When his new-found friends come visiting, they can say hello at one end, but when they try popping around to the back door, they encounter the trap and whammo, things get a bit flat. It’s estimated rats consume one-fifth of the global food supply but they won’t be touching my nuts. I might give Raticus a few though.

WHY IT TAKES A RAT TO CATCH A RAT 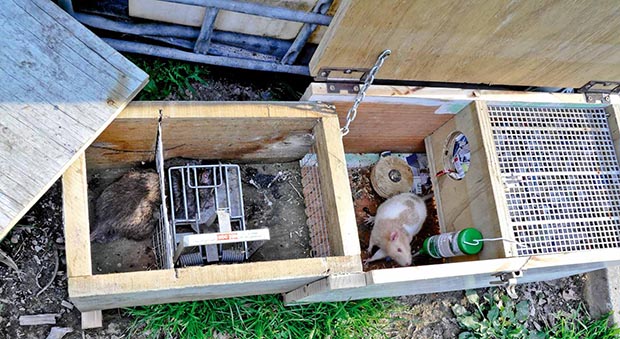 When you’re trying to protect New Zealand’s native birds and insects, the rat is a big problem, and it can be extremely difficult to use a bait to lure a rat into a trap or to get it to eat poison if there’s plenty of food available for it to eat Idan Shapira spent three years in three locations around Auckland trialling the use of a live caged rat as a way to trap both Norway and ship rats. He found it attracted more than six times as many rats to the trap as a food bait, catching 50 rats in total using a lure rat, versus eight using bait.

The technique uses a rat’s natural inquisitiveness against it. Rats are out for sex or social interaction and an interesting newcomer is irresistible.
There are limitations: its best use is for catching smaller populations of rats in a protected area. Auckland Zoo has successfully run its own trials using Idan’s idea as using bait is not possible in the zoo environment.

ABOUT THE PREDATOR TRAP

The Predator DOC trap can be fitted into an animal-proof box. This has two layers of mesh, creating a zigzag entrance that can be navigated by a ferret, stoat, or rat, but not a cat, chicken, dog etc. www.predatortraps.com/ 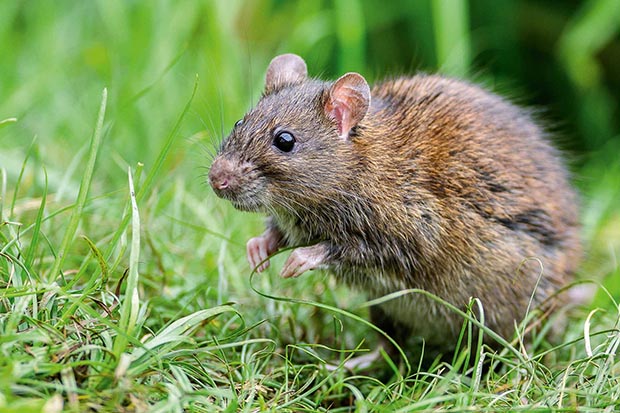 • Rats are worshiped in Deshnoke, India. The Temple of Rats is home to some 20,000 rats and it is considered a high honour to eat food that has been nibbled on by a rat, or have one run over your foot. If one of the rats is killed, it must be replaced with one made from solid gold.

• Rat’s incisor teeth (the ones at the front) grow 110-140mm per year and as fast as 1mm per day. Constant gnawing wears them down.

• Rats will eat particular types of their own faeces for their nutritional value (mostly B vitamins) like rabbits do.

• Rats can swim, but how well they do depends on the individual. Researchers have observed rats in the wild, and performed tests on rats in sea conditions, finding temperature makes a big difference – in cold water, the rats gave up quite quickly – and that some rats were just far better swimmers. A rat can swim (with some help from currents) up to 1km or slightly more, but not more than 3km.

• Rats don’t sweat – they use their tails to regulate their temperature.

How to use toilet rolls to fight a rat problem