The Canterbury couple who swapped sheep for peony power 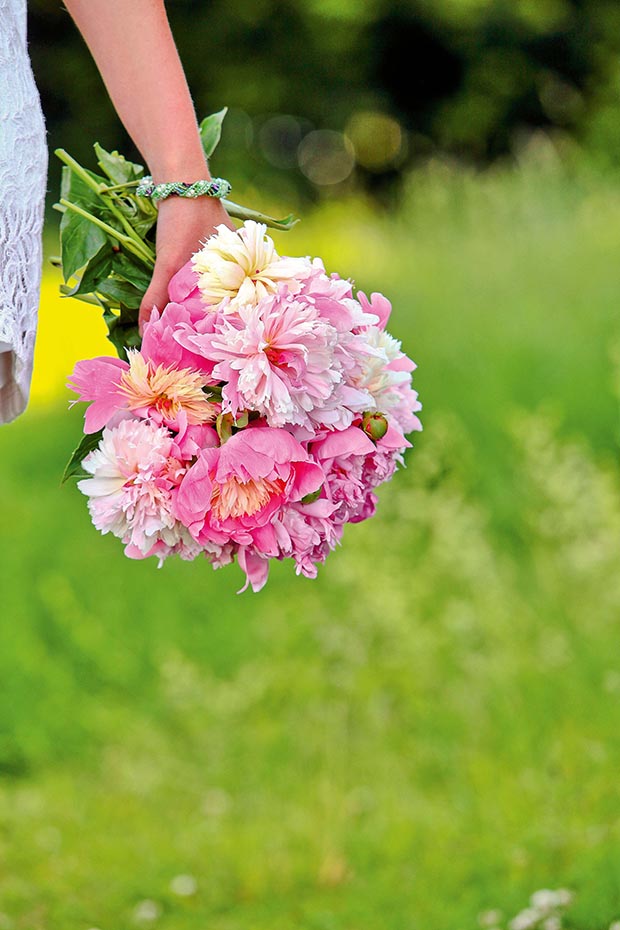 When you’re a long-time traditional sheep farmer, it’s a big step to growing one of the most glamorous, blowsy, brazen flowers in the business.

By the end of November peony grower Judith Inch confesses she will have a bad dose of ‘peony brain.’ “Everyone gets it,” she says. “You are so over picking – you see them everywhere, you dream them in your sleep. You almost get to the point where you are brain dead!”

The picking season for the Inch family in Oxford is short, sharp and intense, beginning in the last week of October, with most flowers picked by the first week in December. “It’s great to see them come in… and it’s great to see them finish!” says Judith. Despite the amount of work, Judith is still enthusiastic about peonies and so is her husband Barry. But he wasn’t always. For a third generation sheep farmer steeped in rugby and tradition, flower growing wasn’t something real Cantabrian males aspired to. But back in the 1980s farming had taken a downturn and Barry and Judith, like everyone else in farming, sought to diversify: deer, ostriches, emus, angora goats, anything to add to sheep farming.

Barry saw an article in The Press by Don Archer proposing you could grow peonies, chill them, hold them and send them to Europe in containers. He was intrigued but for a number of years he couldn’t get any more information. Then in 1987 Barry heard how he could import tubers, so he and Judith brought in 500. “We knew next to nothing so we had to rely on the importer completely,” says Judith. “They turned out to be good, basic varieties.” 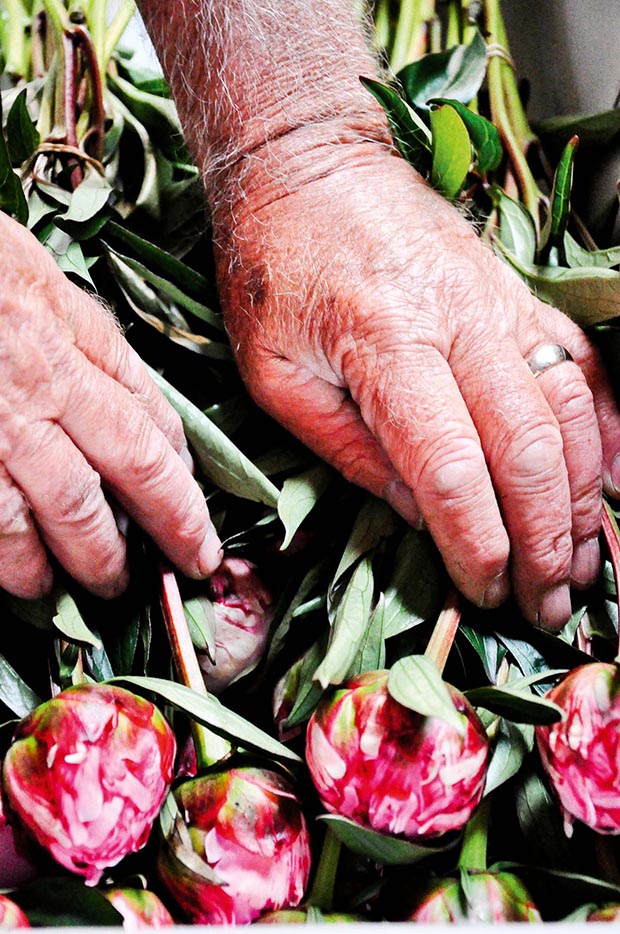 The tubers were first planted at Judith’s brother-in-law’s property and then the plants were moved to Barry and Judith’s. “We didn’t do a lot,” says Judith. “At flowering time there would be lots of heads but we were too busy with children and tailing lambs to do anything.”

FLOWER POWER
Finally, in 1993, six years after importing, Barry thought it was time he did something with the flowers. A local grower invited them to visit his property to observe picking and packing. Judith was in hospital so Barry took his eldest daughter. “I said to 17-year-old Katrina, ‘You go to the packing shed and find out what to do there and I’ll check out the picking’.”

Today, Barry laughs about their sheer ignorance. “When I rang, the exporter asked, ‘How many boxes do you think you’ll have?’ I replied, ‘About 10.’ At the end of the season we had 100 boxes of 100 stems per box! That’s how much we knew about estimating!” 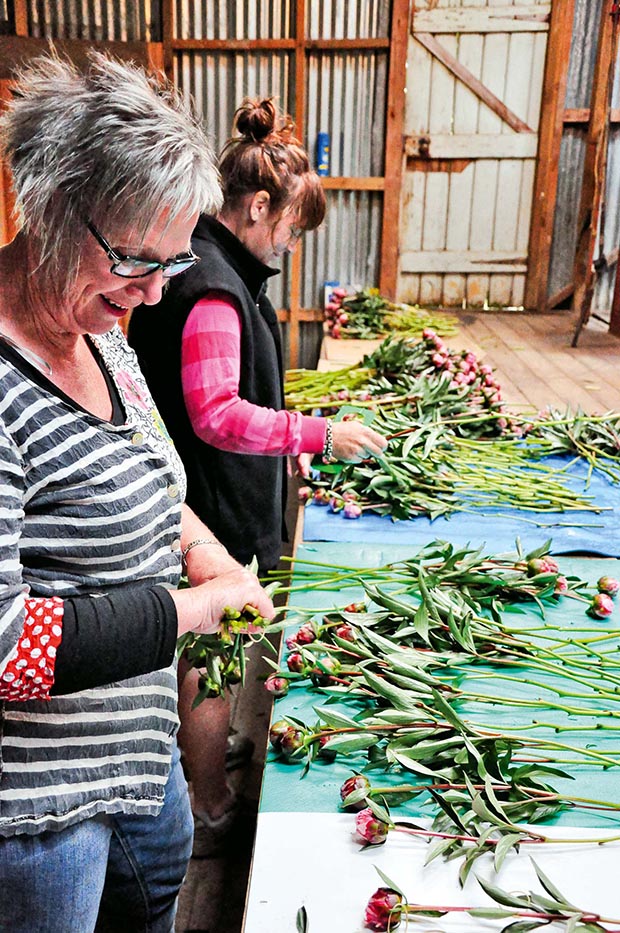 But the exporter was delighted with the peonies. From Barry and Judith’s point of view their first export foray had worked and they realised growing peonies was worth the effort, and in the process they made a fortuitous discovery. The couple found out about a local peony society formed by growers in Geraldine, Alexandra, Nelson and Canterbury in 1988.

“They were an absolute blessing,” says Judith. “So open, helpful, encouraging and giving of information. Until we started exporting we didn’t know how many other people were involved.” 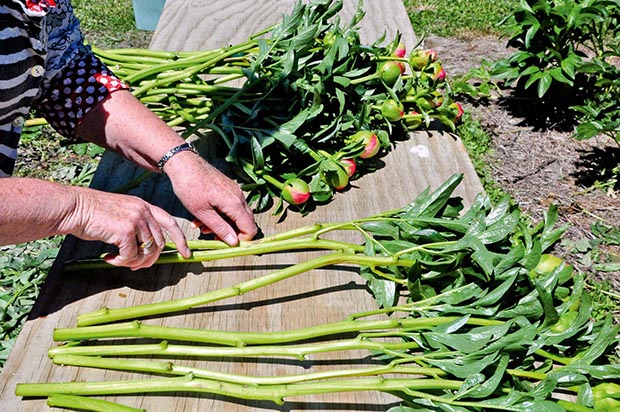 Twenty-seven years down the track, Barry and Judith are still enthusiastic about peonies.

“They are a beautiful flower, known in China as the Queen of flowers. In China to receive a peony is a bit like ‘Kia ora’, it’s like saying ‘health, wealth and all the best’.”

The colour range includes reds, corals, whites, creams and pinks which range from blush pink to hot pink to a soft “ballerina tutu-pink”. The large and flamboyant flowers are often used in hotels and for conferences, weddings and grand occasions.

One of the rewards for Barry and Judith is hearing what they have been used for. “One year we received an order for a big puff-ball type, pink flower we thought we wouldn’t be able to export. It was for the memorial service for Versace (fashion designer Gianni Versace), as many as they could get. Apparently there were thousands of them – the display was the talk of New York,” says Judith.

More stories you might like:
The mystery of the dying flock: Signs of avian flu and cocci 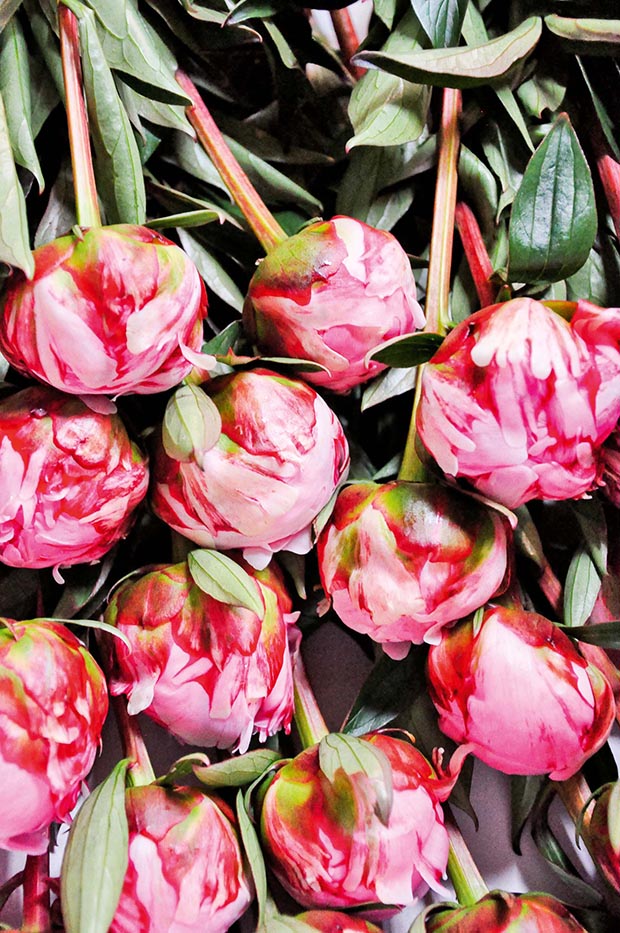 A big plus for Barry and Judith is how well the peonies fitted with conventional sheep farming and bringing up a family. “Except for the clash with weaning and dagging!” says Judith. “Our kids were weaned onto them: planting, debudding, picking, packing and quality control. The work is labour intensive but the flower is not a light, delicate thing. They are light work, so with five daughters and a son they were ideal.”

The children started selling the blooms that were too open for export from a cart on the road. “It was good pocket money for them,” reflects Judith. “It’s only in the last two years that Barry and I got anything, and now the grandchildren are nearly ready!” 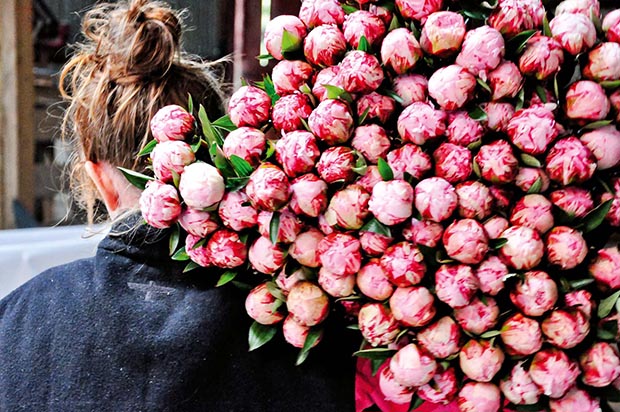 The peony cart has become a seasonal delight for locals. “The locals look forward to it and it heralds in Christmas and the festive season.” Judith and Barry are not big growers by today’s standards. They eventually reached a stage where they had to ask the question: should they get bigger? “We are small growers and we decided to stay about the same size.”

But they have kept up with the research and brought in new varieties, importing twice from Holland. They now have 7000 plants on 4ha (10 acres). Initially they planted at 800mm spacing but now their plants are 500mm apart with a metre between the rows so the tractor can mow. 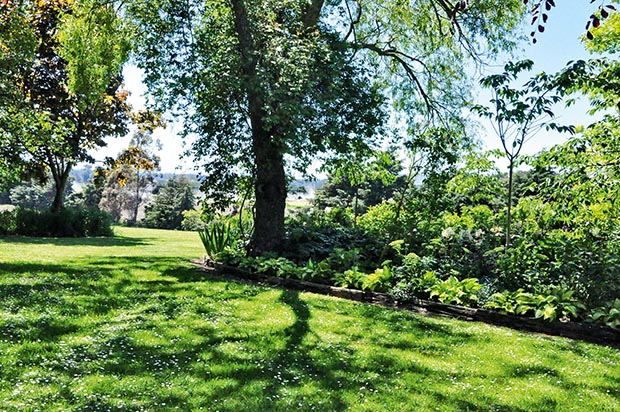 As to the future they see the current growers getting older but there are some younger ones coming in to succeed them. Barry and Judith are delighted that their second daughter, Sonya, is picking up the baton and has just planted 6000 tubers. “What we did in 27 years they have done in three months,” says Barry. “It shows how the industry has established. There are a lot more tubers available in New Zealand now and no ‘junkie’ varieties.”

More stories you might like:
One big reason not to touch your pōhutukawa this summer: How you can stop the spread of myrtle rust

With the development of peonies on the farm, the farm landscape, like much of Canterbury, has changed considerably. Of the original 224ha (550 acres), Barry and Judith now lease 160ha to a local farmer for dairy support and have subdivided the remainder into 4ha blocks. 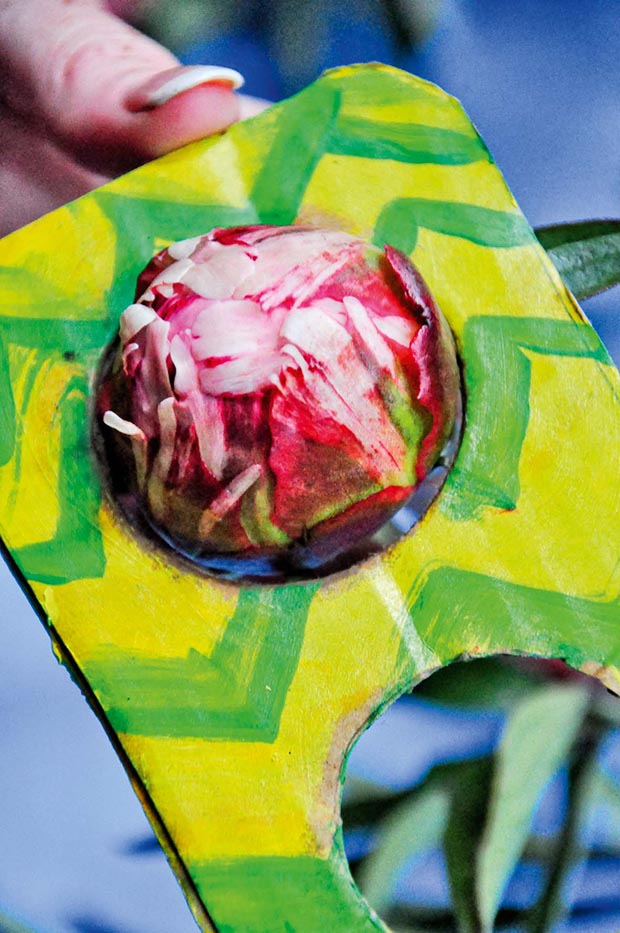 But they still live in the original home, surrounded by gracious park-like gardens. It’s a reminder of the three generations of farming in Barry Inch’s pioneering past, and the couple host weddings and garden tours. Judy also provides flowers for weddings in the district. “I love working with the bride, oohing and aahing and choosing the colours to match the men’s ties!”

Along with the change in landscape has come a shift in attitude. Barry is comfortable with the shift from sheep farming to flower growing, but it has taken time. “To start with he wasn’t very comfortable walking around with a bunch of flowers,” says Judith. “I remember him walking into hospital when I was there with Andrew, our sixth-born. He had a huge bunch of peonies in his hand but he kept them well down until someone said: ‘What a lovely bunch of flowers!’ And then he lifted them up.” It’s a shift that Judith is only too happy to encourage. “I love giving men flowers to take home to their wives. One woman said to me ‘Your flower cart is the only place my husband will go to buy flowers.’”