Water Cooler: Dog adopting, Tanya Carlson’s 20 years in fashion and reviews of RNZB Romeo & Juliet and My Year With Helen


This week in the water cooler, we’re tutu impressed by the Royal New Zealand Ballet’s Romeo & Juliet, are finding heart-melting dogs, are celebrating Tanya Carlson’s 20 years in fashion and are watching Helen Clark documentary, My Year With Helen.

Is there anything more romantic and tragic than Romeo & Juliet? The RNZB is currently touring New Zealand with choreographer Francesco Ventriglia’s interpretation of Shakespeare’s classic. Everything is perfection, from the glimpses of humour and the chemistry between the star-crossed lovers, to the incredible and ever-changing set.
Auckland can enjoy the performance until September 3, before the show heads to Rotorua, Dunedin, Invercargill, Palmerston North and Napier. Book tickets here: http://premier.ticketek.co.nz and for more information, click here http://rnzb.org.nz/shows/romeo-and-juliet/
Entranced by the (seemingly) effortless athleticism of ballerinas? Discover more about the art in our interview with dancer and RNZB ballet mistress Clytie Campbell.

Tanya Carlson at 2017 New Zealand Fashion Week from This NZ Life on Vimeo.

I first met fashion designer Tanya Carlson at iD Dunedin Fashion week many years back. I was immediately put at ease by her down-to-earth attitude, certainly not what I expected from someone in the fast-paced world of fashion.

I’ve always admired Tanya’s attention to detail, timeless designs and use of fabrics and prints that never date. This was evident in last night’s show, presented by Holden for New Zealand Fashion Week, which featured pieces from her collections throughout the years. Fashion often references the past, and as the models walked down the runway to Hollie Smith’s soulful sounds, it was especially hard with Tanya’s timeless style to tell what decades the designs came from. Twenty years in fashion is a huge milestone. Well done. 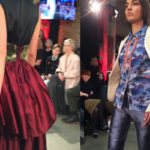 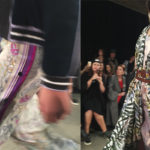 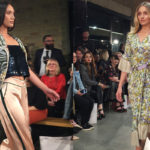 It’s fitting that the documentary My Year With Helen hit cinemas on the night of New Zealand’s first leader’s debate for this election. After watching new female Labour leader Jacinda Ardern go head-to-head with Prime Minister Bill English this week, Kiwis can visit cinemas to revisit the career of Helen Clark, Labour’s first female leader and New Zealand’s first elected female Prime <inister.
The film by Gaylene Preston (Mr Wrong, Ruby and Rata, Bread & Roses) follows Clark in her role as head of the United Nations Development Programme and her bid to become Secretary General of the United Nations. It’s an eye-opening documentary, and while you don’t get to see exactly what goes on behind closed doors in the UN election process, it reveals the workings of the old boys’ club in the world’s top intergovernmental organisation.

The most touching parts happen away from Helen’s New York office but when she is visiting her father in Waihi, filling his freezer with margarine containers of homemade meals for him to eat while she is overseas.
Gaylene Preston made this documentary with a very small crew (she’s named as first camera and second camera in the credits). While I would have preferred to have had less of her personal commentary in this film (more ‘Our’ Year with Helen, rather than ‘My’ Year with Helen), this is masterful documentary-making.

GONE TO THE DOGS 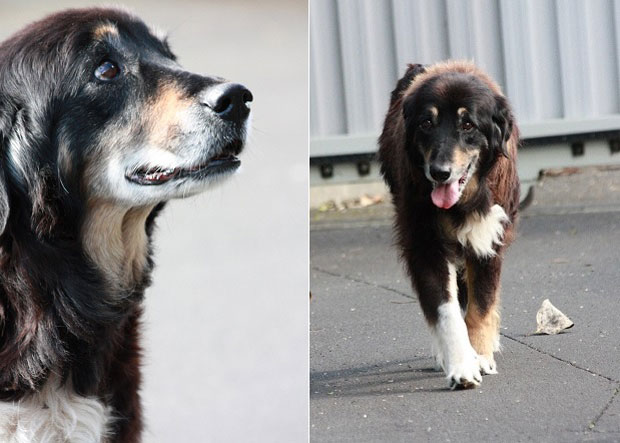 This is Lady and the first time I saw her, she was sitting in the doorway of the pound, smiling at me. She’s a little slow to move but she broke into a little trot and then beamed when she got a head rub and some sweet words.
Lady is just one of the thousands of dogs in pounds around the country, and hopefully will be up for adoption at the Pukekohe pound shortly.
I went along to help the pound get some good quality photos. Research shows that good photographs of rescue dogs up their chances of adoption, and they are adopted faster. While writing this blog, I found new research that shows video of dogs is even more effective so I’ll try that next time.
The research on how people choose a dog is fascinating. For me, it was a long-term decision, based on experience with other people’s dogs over a couple of years, and talking at length with an amazing dog trainer about the pros and cons. This is a decision you will live with for 10-15 or more years and I wanted to make sure it was right.
But US studies have shown most people take about 70 seconds to evaluate a dog. They will only look at the first third of dogs on offer, ask for just one of those to ‘meet and greet’, spend eight minutes interacting with it, and that’s it.
Dogs that respond to invitations to play and lay down close to the potential owner are twice as likely to be adopted. But the research shows this can be influenced by where a pound hosts this first meeting: put a dog and potential owners in a confined, ‘boring’ area like a room and the dog is far more likely to show interest in the people, and to lie down close to them. Put them out in a large yard where there is grass and the dog is more likely to run around, decreasing the interaction with a new owner and its chances for a new home.

More stories you might like:
Water cooler: McLaren movie review, road slips in the Waikato and we try Blue Frog porridge This is Whitaker. He’s about 40kg of happiness and he needs a home too. If you’d like to consider a lovely dog, try going to your local pound. If you’re in the Pukekohe or Waikato area (the other pound is in Ngaruawahi), have a look here for some local dogs who’d love you to take them home.
Nadene Hall
NZ Lifestyle Block Editor 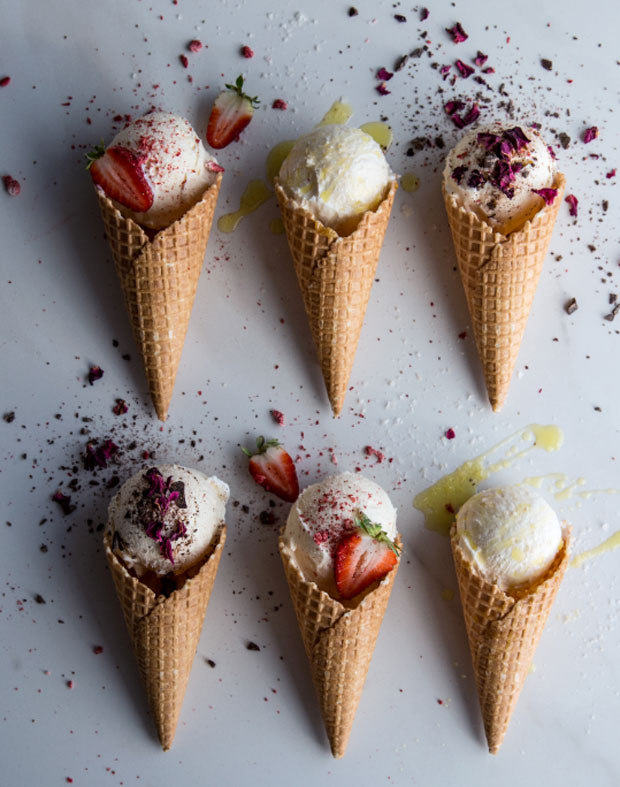 Spring is here, and with the warmer weather comes one of my favourite things: an excuse to eat ice cream.
I adore ice cream. I started as a cookies and cream kid, but as I’ve grown older and wiser, my tastes have developed and veered towards the slightly more adventurous.
My choices aren’t always spot on. Case in point, overwhelmed by excitement at being in Rome, and fuelled by a few glasses of prosecco and lunchtime rose, I made an error of judgement and ordered a three-scoop gelato with chilli, basil and dark chocolate. All wonderful on their own but mixing them together? Perhaps not my wisest decision…
Here are a few other reasons to get excited about the sunny seasons.

Haagen Dazs is coming, just in time for summer. Five flavours will be landing in supermarket chillers from September 12, and I for one will be first in line. Macadamia Nut brittle… my mouth is watering already.

Wellington-based company Wooden Spoon Boutique Freezery became an Outstanding Food Producer finalist for their Movie Night Ice Cream, buttered popcorn ice cream with caramel corn brittle. My husband and I had an argument in Farro Fresh whether to go for that one or his pick, the Vietnamese Coffee-style ice cream Ca Phe Da. We got both – marriage is all about being willing to compromise after all.

Last but not least, there are two sweet places to visit when in Auckland. To impress (and bribe) the kids, visit Ben & Jerry’s on Ponsonby Road.  The cult American brand landed in late 2015 and continues to be packed most nights. The cookie-dough is hard to beat.

For the more refined palate, and for those who don’t mind a short wait in line, go to see the guru of desserts, Giapo. He’s famous for his towering creations (the Sky Tower and squid are standouts) and excellent service and now has a cult following. Indulge in handmade ice cream, gelato, and sorbet in an ever-changing array of flavours. 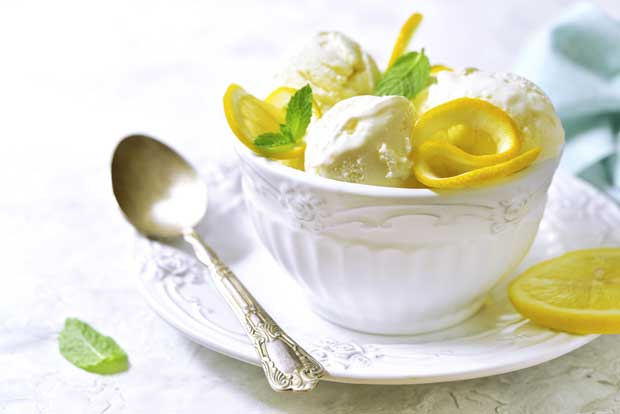