Water Cooler: How to find a missing cat (we hope), pie delights and rainy day style


This week in the water cooler, we’re using our CSI skills to search for a missing cat, eating all of the pies and are singing in the rain. 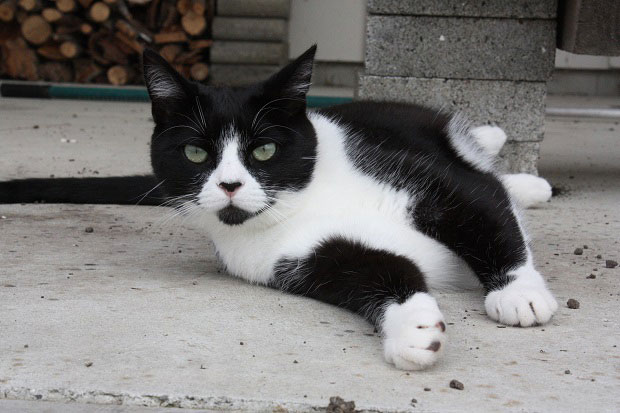 Simon the cat is lost.

This is Simon. Six weeks ago, he got a fright, threw himself out the nearest window and vanished into thin air. We haven’t seen him since.
The next day, a beautiful envelope appeared in my letterbox. Inside, an embossed certificate to show I had completed a 10-week course on finding lost cats and dogs.

It’s still sitting in a drawer. Every single proven method they taught me has come to nothing. In the meantime, I’ve helped dozens of people online find their missing cats, following the methods taught by this fabulous group, led by a woman called Kat. Naturally.

One of the things the course teaches you is search theory (based on the amazing knowledge they have of finding missing people) and the basics of probability. Simon wasn’t a well cat, and his illness was made worse by stress, so it’s highly possible he has died, and that’s why there hasn’t been so much as a sighting of him.

But I’m not one for giving up. One of the key tools that is so helpful when looking for a lost cat is the trail camera/video. It works day or night, taking amazingly clear images. These were designed for use by hunters to get a sense of the game is within their target area.
These cameras also make brilliant, portable security units and, as it happens, excellent 24/7 spies when hunting for a lost cat. The camera is set off by motion, and either takes a photo or video until the motion has stopped, the timing varying depending on the settings you choose.

More stories you might like:
Water Cooler: Rising country star Cam Luxton, a handy travel app and a must-see exhibition at the Auckland Art Gallery 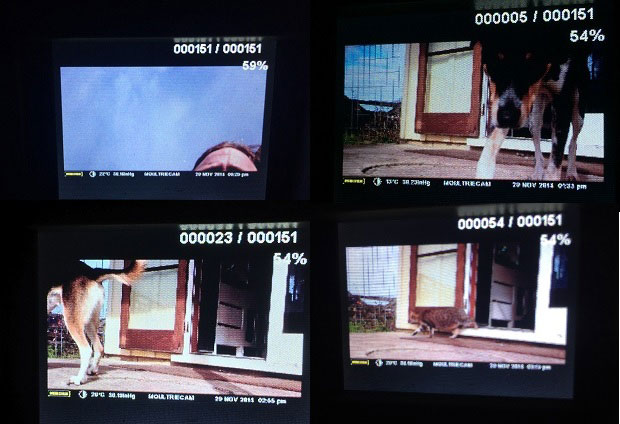 This is a series of shots to give you an idea. They are blurry because I used my phone to take snaps from its very small preview screen (I don’t have the right set-up as I borrowed the camera), but these images can be downloaded as high-resolution jpegs or video.
Even the night-time shots are clear, capturing a lost cat or a car pulling up or a person walking past. There are good images at this link to show you what my camera can do at night, and the video option is the same.
What I’ve discovered is my other cats like to mill around the front door in the evening – often for hours – waiting for me to call them. There’s a possum that likes the rose bush by the gate. The dogs, when they have access, patrol the front yard, mostly searching for cat poo.
Down the road, I’ve deployed it (with permission) around my neighbour’s properties near plates of food to see if Simon is nearby but not coming home, a very common behaviour of a ‘lost’ cat. Instead, I’ve found out there are a handful of wild cats, a very nosy fluffy cat belonging to my neighbour, and not a single sighting of Simon.
It doesn’t stop me calling for him, or taking a midnight walk a couple of times a week, just in case, hoping against the statistical probability that he might still be out there, somewhere. The Cherry Pie that bewitched the office.

Earlier in the week, the arrival of a pie caused a stir in the office. It’s not unusual for our office to be enthusiastic over baked goods, but this particular pie was received with ecstatic applause. It was a cherry pie from the Pie Piper, sent by Sky TV in celebration of the return of the TV series Twin Peaks, famous for its cherry pie and coffee-loving character Agent Cooper. The Pie Piper is a specialty American pie and doughnut business, founded three years ago by a mother and daughter team, Danielle and Suzanne Butler. The started out “hoofing” their pies around Auckland farmers’ markets and in February opened a shop on Auckland’s Karangahape Road.

Their range includes North American classics such as Bourbon Pecan, Salted Caramel, Banoffee and Pumpkin. Danielle hails from California and grew up making pies, but she says launching her business wasn’t as simple as digging up her mother’s old recipes. New Zealand’s milk and butter are of a higher quality that North American dairy (often from grain-fed cows), our flour is different and only certain varieties of fruit and vegetables are available here.

Banoffee Cream Pie. Yup, it’s on our menu again this week. ❤️????You can come in and grab a slice, or buy a whole one ???? . We’re closed Monday and Tuesday but are back Wednesday through Sunday at our new store on K’Rd – ahhhhh! We have a store! ????????????❤️ . 321 K’Rd . www.thepiepiper.co.nz Hello@thepiepiper.co.nz www.facebook.com/ThePiePiper #thepiepiper #pie #pieandhappiness

It took some serious experimentation to recreate the traditional pumpkin pie flavour in New Zealand. Californian orange pumpkins are sweeter than classic New Zealand crown varieties. The Pie Piper make theirs with a blend of crown and French pumpkins. Key limes aren’t available in commercial qualities in New Zealand but the bakery’s ‘Kia Ora Pie’ uses an adapted recipe using slightly tarter Kerikeri varieties. The cherry pie we scoffed in the office was made with preserved cherries but when in season fresh Nelson cherries are used.

“It’s important to us to use local ingredients where we can because New Zealand has such great produce. Our flour is milled in Otahuhu, and our butter is from Westport,” says Danielle. Agent Cooper would surely approve. 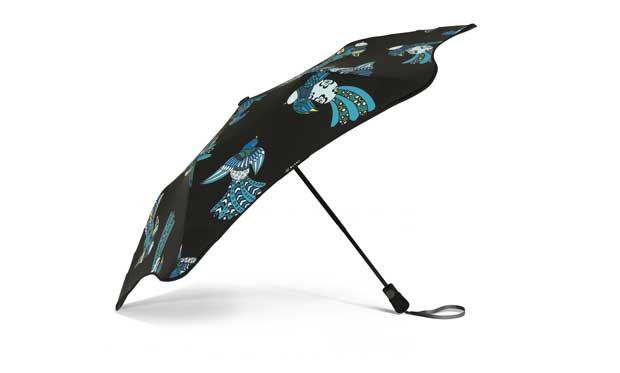 This year we’ve seen some of the wettest days on record and some mornings it’s hard to know how to dress for the conditions. Fortunately enough some New Zealand designers have embraced our rainy climate, and thunder clouds no longer mean our wardrobe must be limited to dreary, functional wet weather gear (that somehow make the mood gloomier).
Fashion designer Karen Walker collaborated with Wellington umbrella company BLUNT for the second year to create a bright, colourful bird design brolly. Another firm that’s killing the winter blues is Okewa Rainwear. 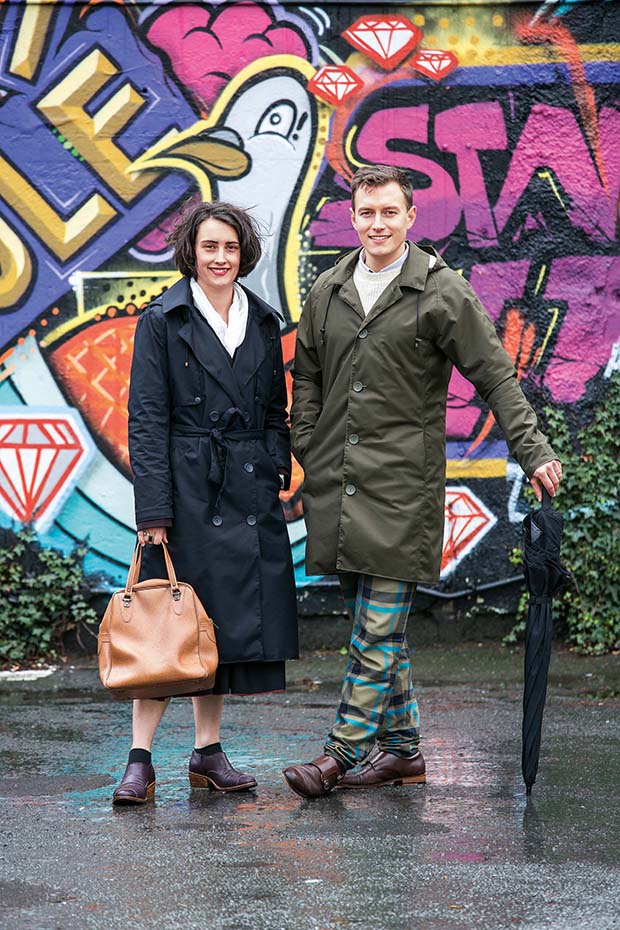 Their raincoats were featured in the May/June 2016 issue of NZ Life & Leisure. This is another business founded in the capital, and they manage to combine style with the durability needed for a wet, windy climate. When I lived in Wellington, I invested in a raincoat from Danish rainwear Rains. I’ve never regretted forking out for a quality, durable mid-length coat that protects my legs from the rain (which sometimes hits horizontally, thanks to the wind). This jacket is my saviour and has become an essential garment in my wardrobe. It’s getting, even more, use now I’m in Auckland.