Water cooler: ice-creams galore, cats on the tube and guess the gadget


This week in the water cooler: We all scream for ice- cream, go crazy over cats on the tube and Anna Tait-Jamieson plays guess the gadget.

WHAT IS THIS OBJECT? 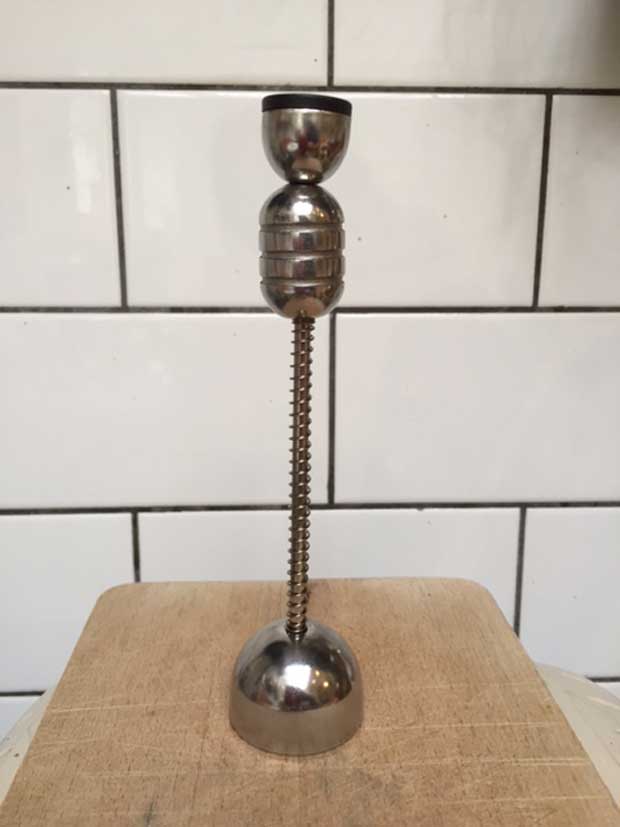 Last weekend, after reading Marie Kondo’s book The Life-Changing Magic of Tidying Up, I gritted my teeth and started emptying my kitchen drawers. Kondo has spent a life-time honing her method of discarding clutter and organising storage but for the sake of brevity her system can be described as follows: everything one owns – each article of clothing, piece of paper, photograph and knick knack – must pass a simple test. Does this object bring me joy? If it fails to lighten your heart, biff it. It’s brutal. And yes, she is shockingly obsessive – socks must be rolled in a certain way, stacked upright in the drawer and preferably lined up with colours going from light to dark. Follow this book and you’re bound to fail, but it really is a great read. Kondo is delightfully self aware. She’s amusing in a deadly serious way and while I wouldn’t recommend her book as a manual, it did inspire me to get my house in order – starting with my kitchen.

Interestingly, while she goes through one’s wardrobe, filing cabinet, book case and photo albums like a relentless dominatrix wielding a black plastic rubbish bag, her book never mentions the kitchen. She would be shocked at the number of apparently useless gadgets in the very first drawer I opened. Some women collect shoes, I’m irresistibly drawn to kitchen gadgets. I hardly ever use them. I’ve never used the croissant roller or the onion goggles but I couldn’t throw any of them out. They bring me joy. Especially this, pictured. I’ve used it once and it brings me both joy and much laughter when I ask friends to guess what it is.
Kudos to anyone who knows – I’ve never seen one for sale in this country – and extra kudos to anyone who figures out how it works.  Answers next week.
-Anna Tait-Jamieson
Food editor
NZ Life & Leisure

More stories you might like:
How Brooke and Maggie Noonan swapped their Auckland Zoo jobs for off-grid living in the Far North

It’s organic month on thisNZlife and, like most, I try to choose organic and low sugar where possible but my sweet tooth gets in the way. I’ve tried the ‘healthy treat’ route but the taste of stevia makes me want to scrub my tongue with a toothbrush. Luckily food makers and drinks creators move quickly and this week two new organic products landed on my desk, begging to be tested. Reluctantly I put down my salad and gave them a go (that’s a lie, I finished my sushi and ate these as well).

First up was the new offerings from Dr Feelgood, who we featured in our Jan/Feb 2016 issue you can read the story here . They’ve recently teamed up with Lewis Road Creamery to create a new range of ice pops for summer. Ignoring the pouring rain outside the office and forgetting I was still wearing a merino cardigan, I tucked into the White Chocolate and Passionfruit Jelly Top. It’s not the traditional ice-block texture, the organic milk base is softer and thicker than expected and the white chocolate taste is subtle. However, combined with the passionfruit jelly on top it’s a perfect summer afternoon treat without the sugar regret. What’s not to love. We have four packs to give away on our Facebook page. CLICK BELOW.

The other treat was the Karma Cola range of sparkling waters called Dry, which have no added sugar and are made with organic fruits. The four flavours, Lime & Cranberry, Apple & Feijoa, Pear & Ginger and Raspberry & Lemon, are made with ethically sourced, organic ingredients and significantly less sugar than standard soft drinks.

We test Karma Cola’s sparkling water from This NZ Life on Vimeo.

We liked them so much that we’ve asked for some to give away to you, our lovely readers, so watch this space.
So there you have it – two organic offerings for those with a sweet tooth, tried and tested by the NZ Life & Leisure team. Can’t get enough organic goodness? Why not make these banana bread waffles from Karma Cola’s sister company All Good Bananas?
-Cheree Morrison
Staff writer
NZ Life & Leisure

TO EARLY FOR VEGGIES HERE? 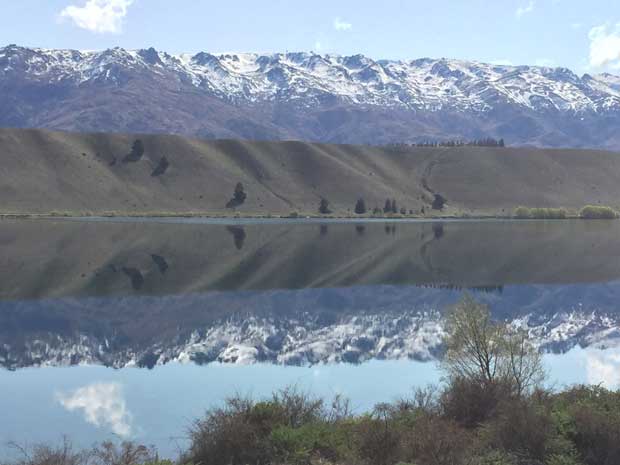 Lake Dunstan was rocking a reflection on Thursday as I drove along its eastern side heading to Cromwell. The water was so unruffled it had a sateen finish and bounced back, picture perfect, the Pisa Ranges’ snowy tips and lone pines. With the temperature heading to 20C I wished I’d packed togs instead of possum neck warmers. The intoxicating warmth made me downright heady with heat and I foolishly purchased seedlings for the vegetable beds at Lombardy Cottage. No doubt I’ll get taught a lesson in Central Otago climate and they’ll be hammered by a late frost or blown out of the ground by spring nor westers.
“You’re wasting your time planting vegetable seedlings before Labour Weekend,” the experts tell me. Hope rises eternal in this human breast – I’ll let you know in a few months what survived in the Lombardy
Cottage vegetable garden. Have you planted yours yet?
-Kate Coughlan
Editor
NZ Life & Leisure 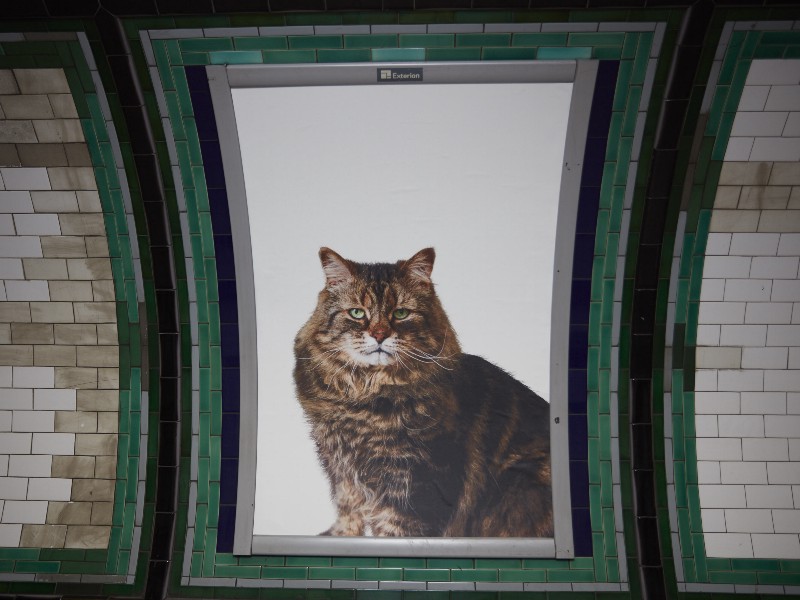 Clapham Common station in the London is teeming with cats. Not actual purring cats, but posters of felines glued across the walls filling the spaces of the underground that are usually dominated by advertising posters. The feline takeover is the work of an organisation called the Citizens Advertising Takeover Service (or CATS for short!). The project was crowdfunded to raise the £20,000 necessary to replace the advert in the tube for two weeks. Citizens could pledge money to have their cats featured in the station: $144 for a little square photo on a poster or $3,595 for an entire poster shot by a professional photographer. The posters also feature cats from Battersea rescue group.
Citizens Advertising Takeover Service (or CATS) is part of a new collective called Glimpse whose goal is to use creativity for good.

“The idea is to create a peaceful and hopefully quite fun and funny and space which you can walk through on your way to work,” says Glimpse founder James Turner.
I love cats. The more cats I see each day, the better,and this project got me thinking. We depend on the support of our advertisers to produce our beautiful print magazines and this website, but is it time to also start exploring other funding models more seriously? Send me an email and tell me what you think?
-Emma Rawson
Editor
thisNZlife


More stories you might like:
How to make natural fabric dyes
I could never watch the original TV version of The Office. I tried, hard. But the genius of Ricky Gervais as the main character inspired such acute levels of embarrassment in me that I had to abandon every episode after about five minutes.
Fast forward 10+ years and I’m a diehard Ricky Gervais’ fan. He’s a great writer, he’s funny, he’s so honest. I love his ability to not give a flying fig what anyone thinks of him and that he works so hard when he obviously has no need to. He loves his cat, campaigns against animal cruelty, and hates (HATES) bullfighting – if you’re easily offended, don’t follow Ricky’s Facebook page.
David Brent: Life on the Road was the first movie I’ve seen in three years. It’s a catch-up with the mockumentary ‘star’ of The Office who is now a toilet supplies salesman, throwing tens of thousands of pounds of his pension money into becoming a pop star and going on tour with a band and a young aspiring rapper.
It’s funny and painful all at once. I watched parts of it through my hands, especially when we got to the songs “Please don’t make fun of the disabled” and his take on Native American politics:
“Ooh-oh
Native American
Soar like an eagle, sit like a pelican
Ohh oh
Don’t call us Indians
We’re more like West Eurasians crossed with Siberians*”
Ironically, David Brent wants to be a pop star so Ricky creates a YouTube channel where ‘David’ teaches the guitar (seriously), establishes a band (Foregone Conclusion), writes an album with Chris Martin of Coldplay (it goes to number one on iTunes), releases a songbook, and when the movie launches in the UK, he decides to live David Brent’s dream and put on concerts. They sold out in 12 minutes: 200,000 tried to buy tickets.
*In case you’re wondering he got that (correct) information off Wikipedia.
-Nadene Hall
Editor
NZ Lifestyle Block
Discuss This Article