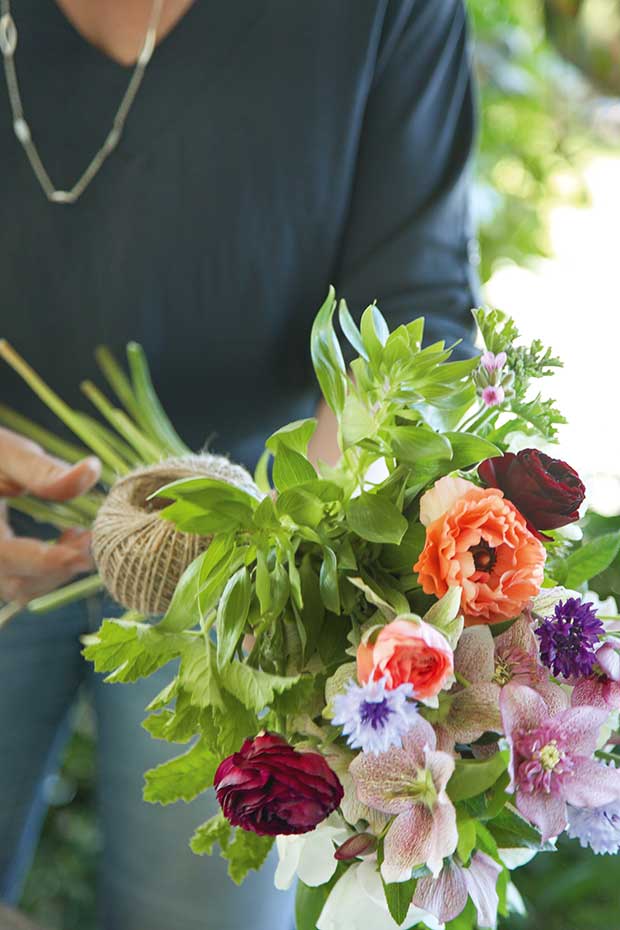 A novice gardener’s flower growing efforts have bloomed into a home-based business.

Jackie Hunter wasn’t a gardener when she began growing flowers to fill the vases around her house. She was thrilled to discover she had a knack for it.

“I went a bit overboard and ended up with so many flowers, I gave them away to friends and family. People loved them.”

She wasn’t a florist either.

“I began to think I could do this as a small business. I’d been looking for something I could do while the children were at school and this seemed to fit perfectly.” 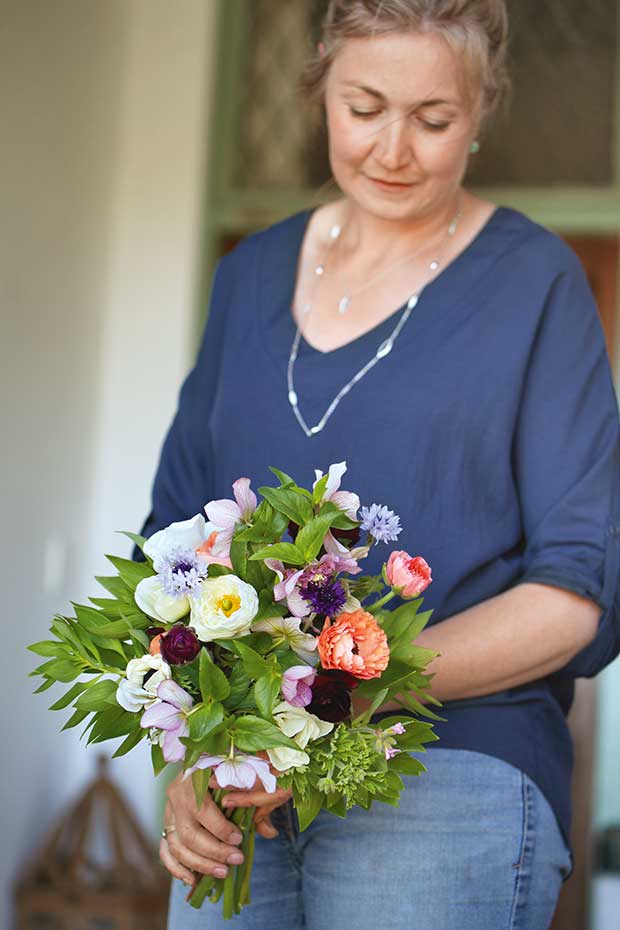 Finding enough space to create flowerbeds in her country garden wasn’t a problem. Finding the best place to grow them was more problematic on her coastal property. Jackie decided on an area behind her house that was flat enough to cultivate easily, where a plantation of pine trees provided protection from the westerly winds. A small excavator cleared a 0.3ha (¾ acre) area. A tractor was used to cultivate the soil and Jackie added a generous layer of mushroom compost and seaweed, then covered it with weed cloth. She cut holes for each plant. 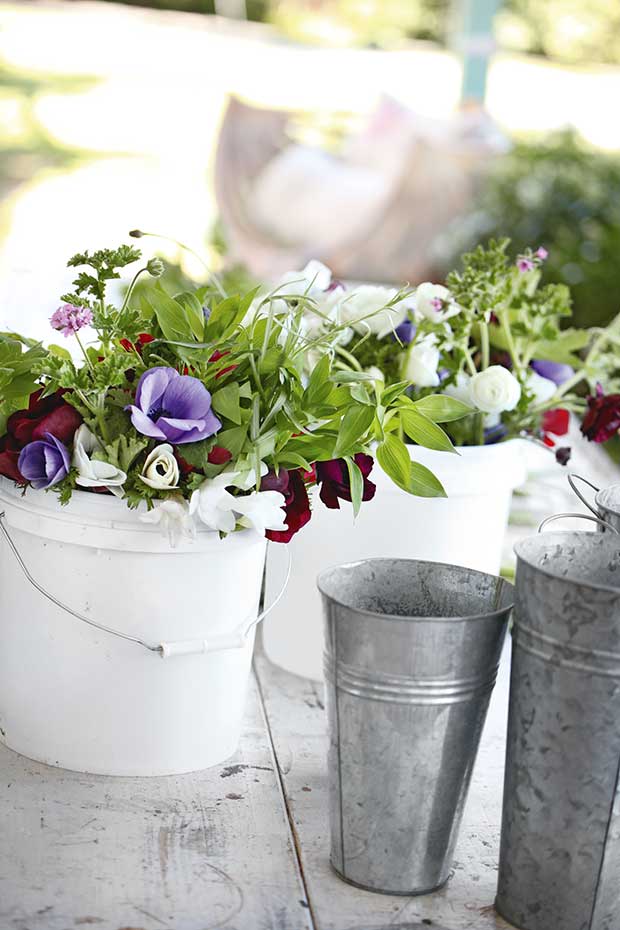 The first season, she grew a variety of English cottage garden flowers: anemones, ranunculus, snapdragons, cosmos, ornamental carrot, scabiosa, delphiniums and dahlias. They did well and remain some of her firm favourites.

She raises her bulk seedlings in a large bed. Perennials such as delphiniums, astrantia, and yarrow are covered with straw during winter. Porangahau has a dry summer climate and a mix of soils; clay in some areas, others fertile and free-draining. The bane of Jackie’s life is the strong westerly wind. 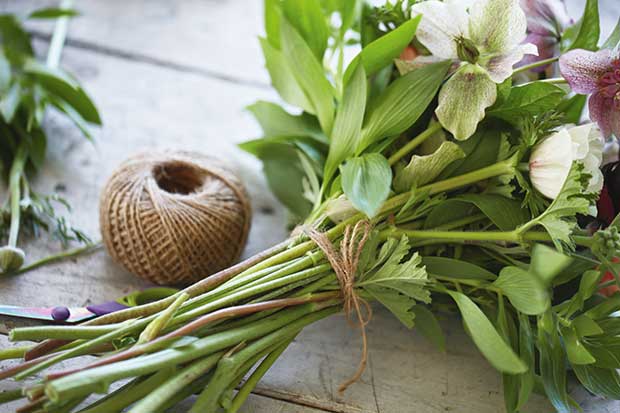 “The upside is being on the coast where it’s frost-free. I can pretty much make anything work here.”

That includes peonies, which need winter chill to grow, but it never gets cold enough in Jackie’s garden. That doesn’t deter her.

“I fill ice-cream containers with water and dump ice around the plants to imitate the frost.”

Last year, mice and birds demolished sweetpeas growing along a 2.1-metre fence. This year she raised them in containers and transplanted them.

“I love it when the plants emerge, it’s a reward for the long hours I spend in the garden.” 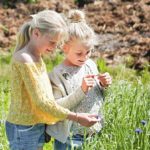 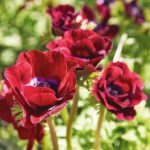 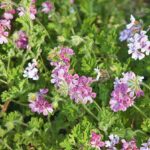 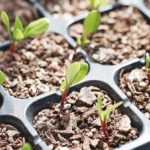 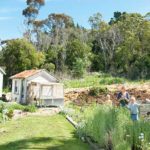 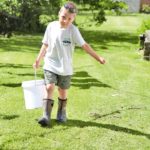 Jackie buys her seeds from a variety of sources, including Kings Seeds in Katikati and Chilterns in the United Kingdom.

“They had a few varieties I hadn’t come across here. Now I’ve discovered other farmer florists doing what I do, and we tend to swap seeds. We also have a Facebook page, and soon we’ll meet for a conference. It’s nice when you get like-minded people together and can share ideas.” 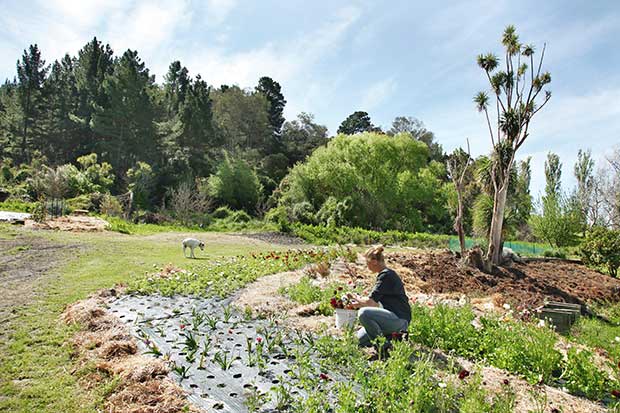 Jackie plants through weed mat to keep things tidy. Daughters Hazel and Eve help out, but confess their mum is “completely obsessed with flowers.”

Jackie is an instinctive florist, entirely self-taught. She describes her floral bouquets as “a little bit wild and abundant.” She favours a natural-looking posy rather than one that is too contrived. She says she’s still learning and experimenting with different combinations, like adding oregano, mint, sage, fennel, basil, and leaves of gum and bay. She’s also making wedding bouquets. 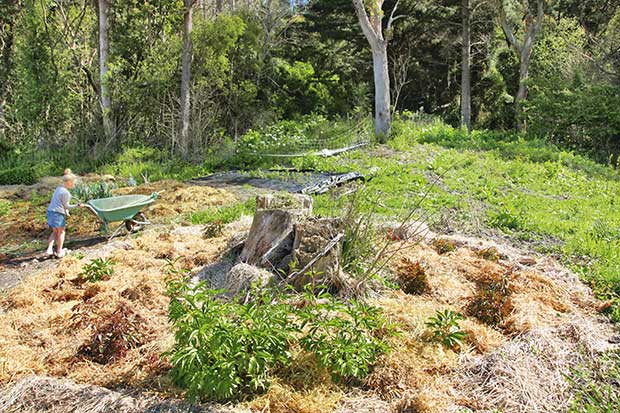 An old stump has peony tubers nestled around it over winter. Jackie dumps ice around them to give them the Hawkes Bay version of ‘winter chill’.

For a winter theme, she used manuka and kanuka foraged from the farm, along with hellebores, seedpods, roses and chrysanthemums.

“The hardest thing is fulfilling the demand through winter. Everything is grown outside, in season and you can’t force things. Next year I’ll grow colder-loving plants such as hellebores, Pieris japonica, ericas, proteas, and calendulas so that I can supply flowers year-round.”

Jackie originally came to New Zealand on an extended working holiday in 2003, keen to check out horse events.

“I’ve always loved horses; I used to work at a local riding school on a Saturday so that I could get a ride in the afternoon.”

By accident, she discovered a thriving polo scene at Porangahau, and met a keen polo player named Scott Hunter. Love blossomed, and they were married in 2008. They now have three children: Eve, 9, and 7-year old twins Hazel and William. 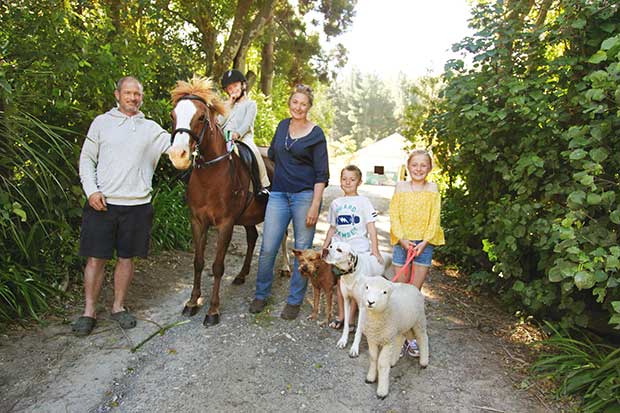 “I wouldn’t want to live anywhere else. I could happily potter around here, day in and day out. In fact, it’s a mission to go to town, sometimes. I wouldn’t change it for the world.”

Jackie says her family is very supportive of her cut-flower business and her children like to get in on the act too.

“The girls love picking the flowers, and William is good at helping with the bigger tasks such as shovelling compost and pushing the wheelbarrow. 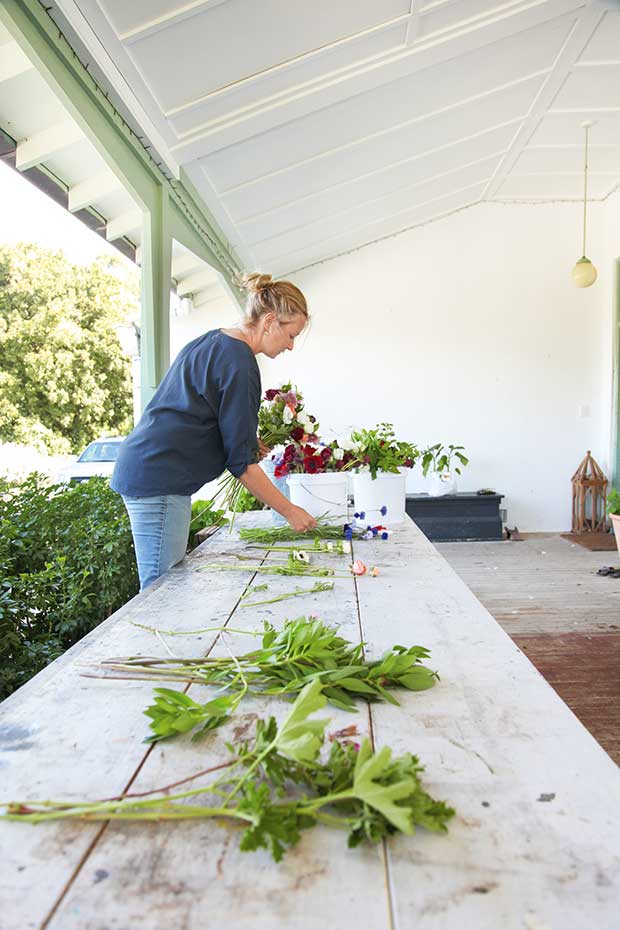 “Scott helps with the heavy lifting and is good at the big ideas. Being a typical farmer, he’s efficient. I tend to know what I want to do but have no idea how to achieve it. I’ll say, ‘I’d like a little area made here’ and come back and find he’s dug an area 10 times the size of what I imagined.”

Jackie’s parents, Wendy and Bernard Hinde, moved to New Zealand in 2004. Her father has built her a wooden stand to display her bouquets at a local cafe, and a small glass house.

HOW TO MAKE A BUSINESS BLOOM 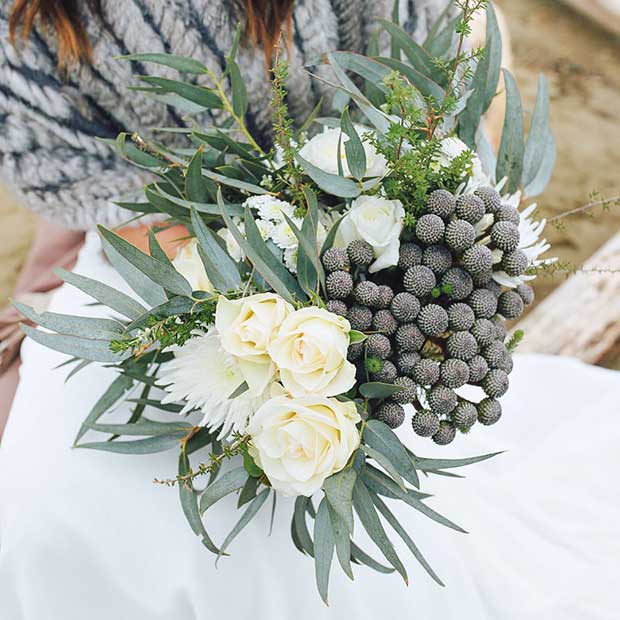 When it comes to networking, living in a small, close-knit community has its advantages.

Jackie got to know Doug and Sharron Hales when Doug was principal of her children’s school in Porangahau. When the couple bought Café Nola and Restaurant in Waipawa, Jackie helped them paint and decorate the café and offered to bring in flower bouquets to brighten it up on opening day. The flowers sold, there were requests for more, so Jackie began supplying them regularly. She’s also found Facebook and Instagram to be useful business tools. 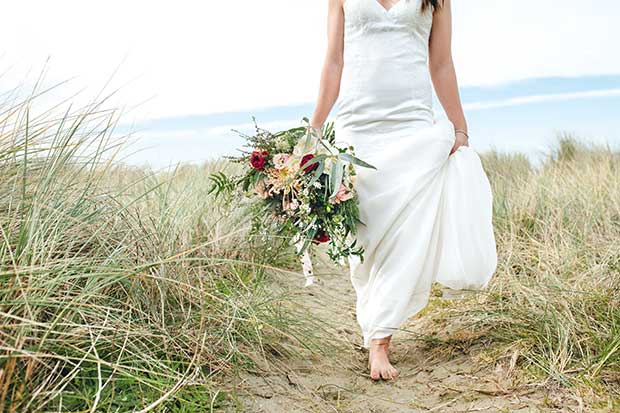 “The easy bit is growing the flowers, but marketing is way out of my comfort zone. I’m amazed at how much support I’ve had and how it spreads by word of mouth. I have a customer at Porangahau Beach who looks forward to her weekly bunch of flowers. Sharron tells me people often ask when there’ll be more flowers arriving at the café.”

More stories you might like:
Are you breaking the law when you host a wwoofer on your block?

Jackie also delivers flowers to her town customers twice a week and sells them at a coffee cart in Porangahau.

“I’ll keep doing what I do, and the business will grow organically. The children are busy with netball, rugby, and their horses; it has to be fitted in and around our family life too.” 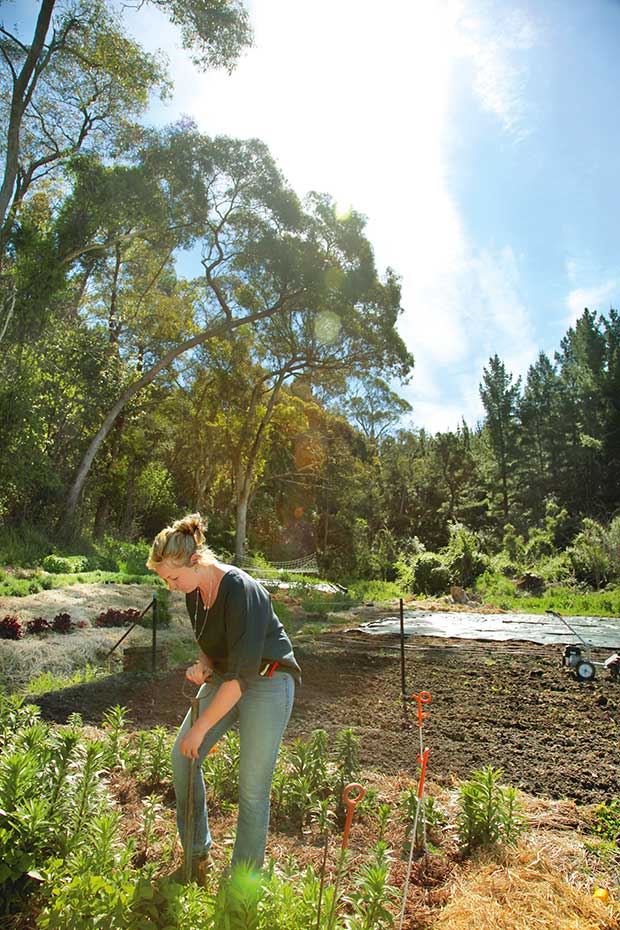 Jackie says that while she tries to make most of her compost, she also buys some in bulk.

“Scott ordered a truckload of mushroom compost for me. I think the driver must have wondered what on earth they were doing, bringing such a big load out here for this crazy garden lady, but it was all used. Besides, I got a good workout spreading it around.

“When seaweed washes up on the beach I get out and haul that in too. Scott initially cut it up, but now I am trying out seaweed tea recipes, so I don’t have to keep digging it into the soil.

“I also make nettle teas to spray on the foliage. I hadn’t tried this before, but last season I did, and it was amazing. However, I recommend doing it early in spring – it’s good for green growth, it’s best to stop once that’s underway. After that, flowers begin to form and don’t need it.” 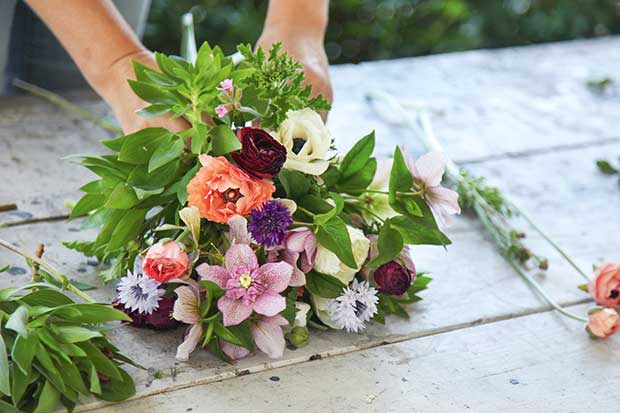 To beat the blustery winds, she’s found something unconventional helps to keep her plants steady.

“Instead of staking, I plant them closely and cover them with pea netting which they grow through. Last year that worked well.” Zinnias
“They are so easy to grow.”

Chrysanthemums
“I never thought I’d like these. I grew a few just out of interest, and they were phenomenal – I could get quite hooked on them.” 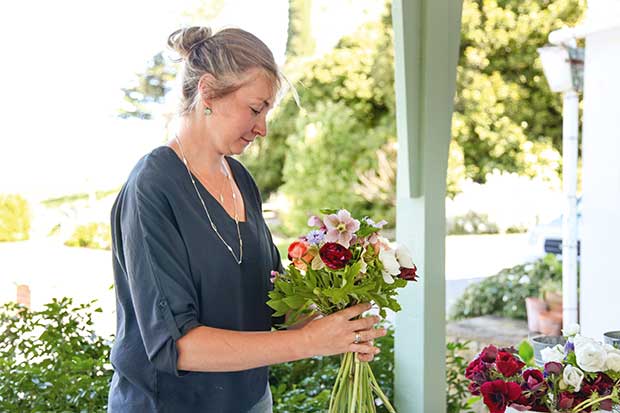 Fill a container with nettles. Top up with water and leave for about three weeks.

Caution: it is smelly, so keep the brew away from your house.