A beginner’s foray into pickled onions I’ve started making pickled onions. I’m worried that this has me on a slow train to pickled eggs (the horror!), it’s a slippery slope.

My grandparents always made pickles, jams, relishes and chutneys. For them, preserving was a necessity, and now I realise I was very privileged to grow up eating their homemade goodies. One simple staple was the pickled onion, which as a child I didn’t like although my sisters would eat them by the jarful.

As an adult, I discovered that in fact, I did like pickled onions but by then my grandparents had moved to Te Aroha, and I was left without a supply. Supermarket pickles don’t compare to homemade versions -there was nothing for it but to make my own. This turned out to be incredibly easy and cheap to do -pickling onions are about $1.99 a kilo or less. 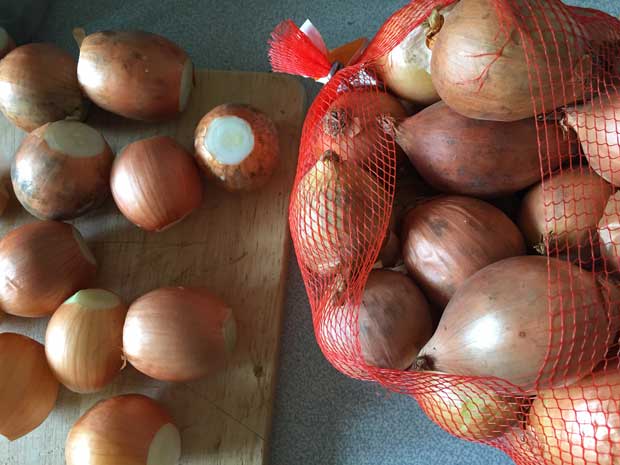 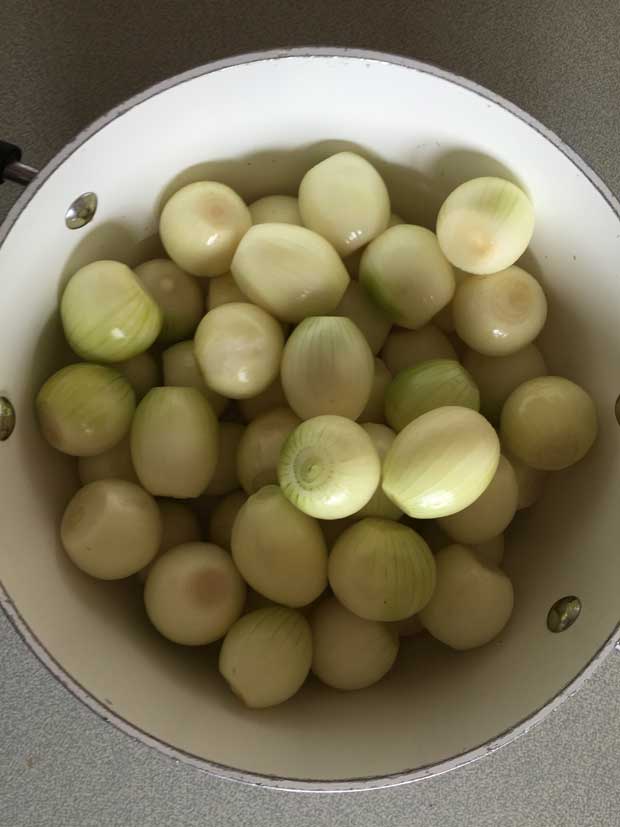 Peel the onions and then sprinkle with salt and leave overnight.

Peeling onions is a pain. Some people speed up the peeling process by soaking the onions in hot water until the water cools. So far I haven’t found this to be easier than just peeling them without soaking, but that’s just my experience. After they have been peeled, dry the onions and sprinkle salt over the top and leave overnight. 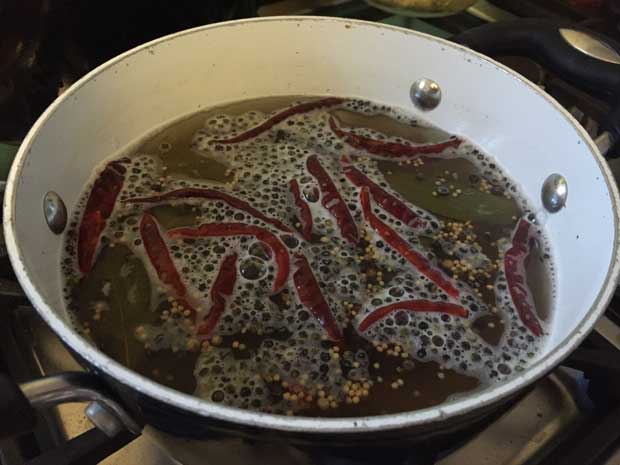 The blend of spices in pickling vinegar comes down to personal preference. I like chillies and loaded my vinegar with plenty of spice.

To make the pickling vinegar, just mix all the ingredients together (that aren’t onions) in a pot and gently heat until the sugar is melted. Pickling vinegar is a matter of taste so adjust the spices according to taste here are some ideas.

Place the onions in sterilised* jars and then tip the pickling vinegar over them and seal the lid. They’re ready to eat in a couple of weeks and get better the longer you leave them.

*I sterilise the jars by washing them in soapy water and then drying them in an oven heated to over (but not much) 100 degrees. I put the lids in a pot and boil them in water for a bit. Use tongs to get the jars out of the oven. Or use another sterilising method favoured by Americans, hot water bathing.