Grow your own ginkgo tea 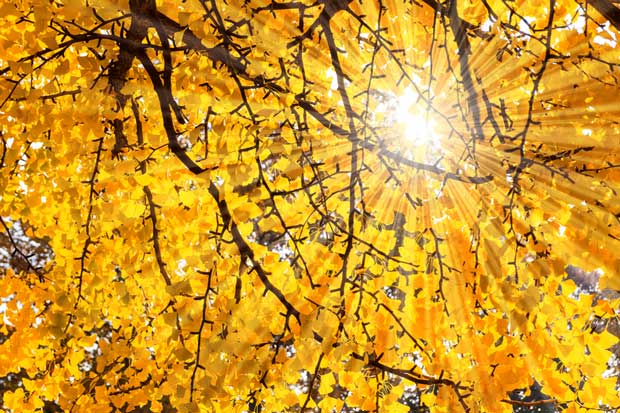 This tree species survived the annihilation of dinosaurs and is still a garden favourite and makes a good cuppa too.

GINKGO TREE FACTS
Ginkgo biloba
Adult height: up to 30m
Life span: Over 3000 years
Characteristics: This native tree of China is not only known for its great health properties, it is also a beautiful tree in its own right, deciduous with fabulous bright green leaves in summer, turning to a vibrant yellow in autumn.

There aren’t many things on earth that have a history like the ginkgo tree. This is a species that was already ancient when the first dinosaurs cracked out of their eggs. It made it through their subsequent extinction, and then an ice age.

It is the only surviving species of an entire botanical order that dominated 125 million years ago. It is so hardy, a ginkgo tree even survived the atomic bomb that devastated Hiroshima, even though every living thing around it was destroyed. Within months of the blast, new shoots appeared from its charred trunk.

Also known as the Maidenhair tree because its leaves are so similar to that of the maidenhair fern, Ginkgo is now famous around the world for its health properties. Not only has it been a popular ingredient for Chinese herbalists through the ages, research has now shown it also helps boost memory and ease depression. In the past 20 years, ginkgo-based supplements have become popular around the world.
As a tree in the garden, it is also striking. It is resistant to cold temperatures, frost, hail, drought, air pollution (making it very popular in cities with air quality problems), it transplants easily and is very long-lived. About its only pre-requisite is good drainage, and it tends to dislike tropical conditions.
The Ginkgo is dioecious; male and female flowers are borne on separate trees so to obtain fertile fruits, both sexes must be grown close together. That presents a problem for the home gardener as the the female ginkgo tree eventually (after 35-40 years) produces a very bad smelling fruit, similar in size to a plum and giving off an odour similar to rancid butter or vomit, depending on which gardener you speak.

The fruit is toxic, although like the karaka berry, it can be processed to be turned into a edible product. In China and Japan it is actually a delicacy; a cook will ferment the fruit in water to remove the outer pulp. The nut inside is then dried before finally being . roasted or boiled to get rid of any final vestiges of smell and toxcity. When used in cooking, the nut is said to resemble a mild swiss cheese in taste.

The leaves of the Ginkgo tree are acidic, containing both malic and oxalic acid. This makes them very unattractive to insects (the ginkgo rarely suffers from insect or fungal infections) and most grazing animals, although some herbalists believe a small amount of fresh leaves is worth feeding to animals. This acidic nature also means small fronds of the ginkgo can be used within the pages of a book to prevent insect damage.
The wood of the tree has a beautiful satin-white colour but it tends not to be a popular wood due to its incredibly slow rate of growth.

MAKE YOUR OWN GINKGO TEA 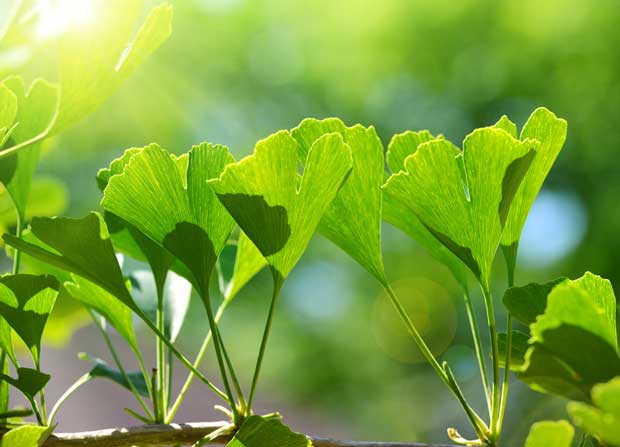 To make a tea from the leaves of your tree, pick green leaves in late summer. You can then use 1 tablespoon of fresh leaves in one cup of boiling water to make a tea. Add a sweetener to it if you wish.
Alternatively you can shade-dry leaves, preferably on a screen (so there is good air circulation all round). You want to dry the leaves as quickly as possible but without over-heating (ie avoid full sun). To test for dryness, “snap” a leaf stem. Another option is to put fresh leaves in the microwaves between two paper towels and cook for 60 seconds on high. The leaves should turn crispy – if not, continue cooking at 15 second intervals.

More stories you might like:
Q&A: Michael Barker on his first bottling memory, elderberry wine and decades in the sweet family business

You can then use one teaspoon of dried leaves – the secret to a good gingko tea is to let the brew sit for 5-6 minutes before drinking. To get the full effects you will need to drink 2-3 cups of ginkgo tea per day – this is why many people choose to take capsules instead.

Alternatively, if you don’t mind drinking vodka, you can make a tincture out of 150g of dried leaves to 500ml of vodka. Mix in a jar, then cover and place in a dark cupboard for four weeks. Shake jar daily. After four weeks, strain the mixture out, and squeeze as much liquid as you can from the leaves. Store in glass jar or bottle. Take 1-3 teaspoons of tincture per day.