Jim Kayes’ Blog: Forget me not


When Jim’s daughters say he is getting forgetful in his old age, he takes it to heart.

It’s one of those silly, frustrating things that is a huge inconvenience.
I left my reading glasses and library book in the seat pocket of the plane that took me from Dunedin to Christchurch. I didn’t realise this on the leg from Christchurch onwards to Auckland either. I’d already finished my book and, as the plane on that leg was one of the big ones with movies available, I watched a movie and remained oblivious to the fact my glasses were by then in lost luggage in Christchurch.
It wasn’t till later that night, I cursed and reported to my wife that I had left them on the plane.
“You left your dignity on that plane too old man,” the youngest, who sadly was in earshot, chortled.
I laughed, but it got me wondering, am I in decline? 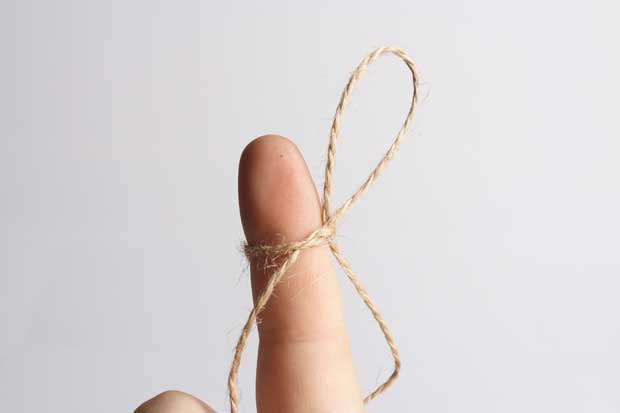 Not at all. Though I now need reading glasses I’m a long way from shuffling off this mortal coil and I don’t wander around the house in my slippers and cardigan wondering where I left my teeth.
But it did get me thinking about remembering things and being punctual. I reckon I’m better than many at both.
Two of my sisters are shockers when it comes to being on time and one is perennially late to the point where we give her the wrong time just to make sure she’s there when she’s meant to be.
I did that in the early days of dating my wife. She was always a reliable 30 minutes late so I used to bring my book to her flat to read while I waited.
That was not well-received so I changed tack, telling her we had to be there by 7pm if the event started at 7.30pm. Worked a treat till she found out.
She is forever racing the clock in the mornings where an alarm is simply a reminder that she has to get up at some stage.
It’s reflected in the girls. The youngest is painstakingly organised in the mornings to the point where she can’t be rushed which is infuriating even if she is, admittedly, generally on time.
Her big sister is extremely good at getting up and out when she has training, but if she doesn’t, is usually seen hopping out the front door with one shoe on, the other in her hand, a piece of toast dangling from her mouth and blaming me for rushing her.
Despite the incident with the glasses and the seat pocket, I’m not normally one for losing things – unlike my better half who is forever misplacing car keys, her phone, glasses and jewellery.
She’s on to wedding ring No 5 after the first was stolen from a sports dressing room, another was lost, one “drowned” while she was swimming and the fourth is, she is adamant, somewhere in the house but has been replaced anyway.
I still have my first ring and when she asks where her keys are I like to suggest they’re with her ring. Apparently I’m not funny.
Mum was a shocker for being late and losing stuff but that was, perhaps, due to bringing up such a large brood by herself while working as a school teacher.
To help her get away in the mornings my job during winter was to start the car. It was an ancient Holden HQ Special station wagon and was tough to start in the cold so I’d spend 10 minutes each morning cranking the engine and pumping the accelerator.
Despite this help Mum would usually still have to brush her hair and apply some lippy while driving to school.
She once spent an increasingly manic half an hour looking for tickets to a show she was going to with a friend.
They eventually left without them and got replacements at the ticket booth – possibly about the same time I found them sitting on top of the toilet cistern where she’d obviously put them before doing her business.
Not for nothing did she have her glasses strung around her neck with a piece of string. I’m not at that stage yet!
I do admit though, that I am increasingly single-task focused these days, to the dismay of my lovely wife.
The other day she was racing out the door and running through a long list of things she needed done. By me.
Top of the list was sorting out dinner – a beef stroganoff dish that had to be put in the crock pot.
Later she sent me a text asking if I remembered everything and done as she’d asked.
Sure I said, butter chicken for dinner.
Apparently I’m not funny.

Jim Kayes’ Blog: Girls Can Do Anything

Jim Kayes’ Blog: The leftover Easter egg in the cupboard