Polly and the kids delight in things that go whistle and scrape in the night while Pax the dog quivers in the corner.

It’s one of the few things guaranteed to bring instant silence at bedtime.
“Shhh,” I’ll say with sudden urgency. “There’s a kiwi.”
The children immediately stop romping about. Upstairs in pyjamas, they hold their breath, eyes shining as they listen for another call.
“There it is,” three-year-old Zendo whispers as the piercing whistle resumes. “It’s a boy.”
I love that the kids share my reverence. 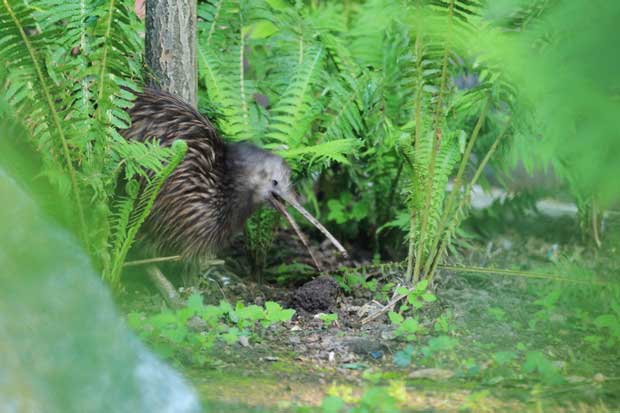 Perhaps due to a suburban upbringing, I’ve always thought of kiwi as rare, almost mythical birds. After eight years living in the forest, I’m still astonished we share our garden with these bumbling, flightless creatures. It’s no exaggeration to say they’re sometimes on the doorstep. Once when our kitchen was under construction, one even wandered inside, waking us with midnight kerfuffle.
Seated in bed, illuminated by my headlamp’s glow, the kids wait to see if a female will answer.
Unlike the melodious males, they sound like retching cats trying to dislodge stones from their throats, but we always smile in satisfaction upon hearing one. Even six-year-old Vita looks pleased, despite the avian kingdom being somewhat of a disappointment to her. In a phase where girl-power is number one, accepting that male birds are the ones with the razzamatazz has been a bitter pill to swallow. 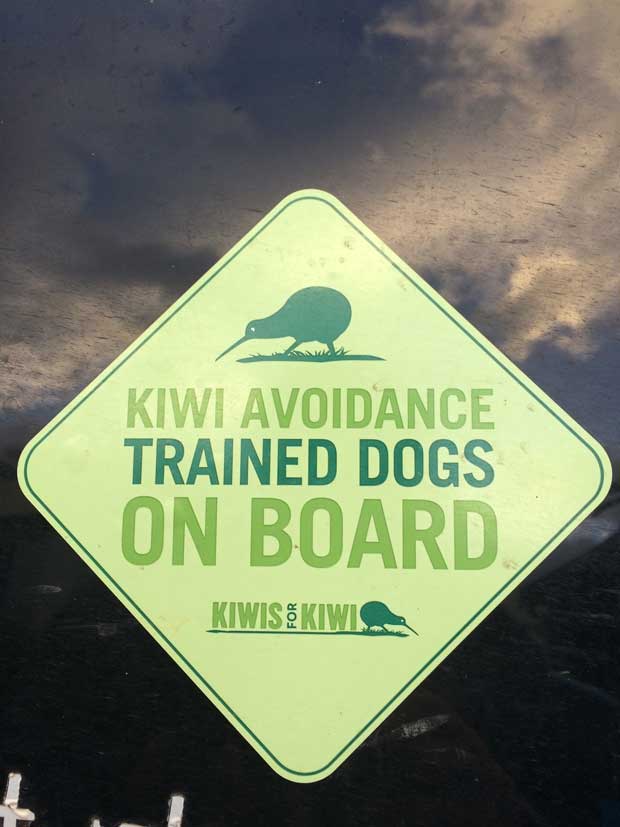 “Are you sure they’re not ladies,” she’s questioned hopefully of peacocks, ring-necked pheasants, drakes and other fancy-feathered boys.
“Why can’t the girl kiwis sound nice?” she wailed when first learning to distinguish their calls.
They’re part of our nightly lullaby and judging by the chorus, their population is growing. On winter evenings, when the mating season begins, males launch their high-pitched cries across the valley soon after dark.
But while I delight in their presence, Pax, the family hound, recoils at a mere whiff of them. To ensure this continues, he’s occasionally led away for a torturous form of Pavlovian conditioning.
Kiwi Aversion Training involves fitting a dog with an electric collar and then walking it along a trail littered with kiwi signs including scat, feathers and freshly-thawed birds. The electric-shock a dog receives upon showing interest in these objects is excruciating. We have this on good authority not only from Pax, who emerged from initial trainings with his tail so firmly clamped between his legs it tickled his chin, but also from our friend Pete who decided to trial the collar on himself.
Much as a caring mother might test bathwater on her arm before subjecting her babies to the tub, Pete cautioned his beloved pack of hunting dogs to stand back while he strapped the collar firmly around a bicep and urged the hesitant trainer to hit him with the full zap.
Some weeks later he was still ruefully rubbing his arm and shaking his head.
“It’s bloody off-putting, I’ll tell you that.” 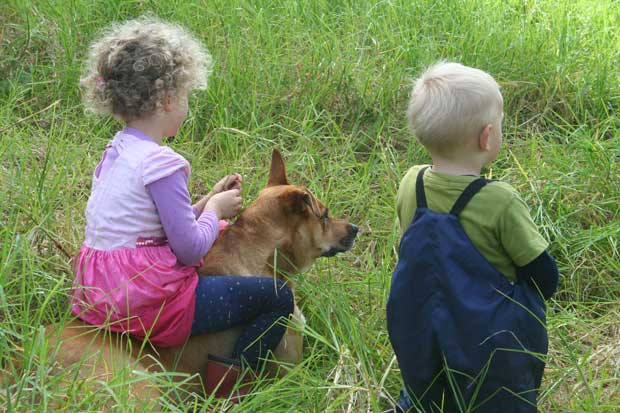 Vita and Zendo with Pax the dog.

Pax has certainly got the message. During his latest round of training, he attempted to drag James in the opposite direction of any kiwi signs and earned himself a 12-month certificate as well as a shock-free session.
Back home, James and I have just emerged from a similarly horrendous round of involuntary aversion. Unlike with Pax though, ours has resulted in vicious bloodlust. Neither of us felt the slightest affection towards rats to begin with, but our loathing’s increased tenfold following the 5am offensive launched daily by some insistent member of the rodent population. We couldn’t actually see the offender because it was inside the wall, but the sound of its yellowed teeth scraping away at our house brought out the worst.
In my ensuing fantasy, I slept with a loaded pistol under the pillow that I whipped out to blast at the wall until rat blood rained from bullet holes. In real life, I had to make do with delivering volleys of ineffectual thumps each dawn that the rat acknowledged with a moment’s mocking stillness before burrowing determinedly onwards.
While I balanced on the end of the mattress, whacking grimly upwards, James got busy with bait, filling the woodpile with enough poison and rat traps to wipe out a rodent metropolis.
A glorious morning eventually followed where I woke before dawn to silence. Nothing. In the forest the kiwi had returned to their burrows; the moreporks were back on their nests. The hush was as deep as an ocean in which I drifted peacefully until the first calling tūī transitioned the night into day.

Polly Greeks’ Blog: Growing up in the olden days