The success of a South Island soft-drinks company has its owners juiced — and selected as winner of the earth category in the Outstanding NZ Food Producer Awards for 2019.

When the original Nelson brewery bottling Chia Sisters’ chia-studded drinks suddenly closed, Chloe and Florence Van Dyke had two options. They would either go out of business or, if they were feeling gutsy, could purchase the brewery to resume bottling.

Not being short on courage, Chloe and Florence chose the latter option. They bought the brewery and, taking advantage of the region’s most abundant resource, installed 30 solar panels. “We moved pretty quickly,” says Florence. Within four weeks, their operation was harnessing 16 kilowatts of solar energy per hour (double their needs) and keeping the brewery’s former staff employed.

So, Chloe and Florence decided to add new thirst-quenchers to their collection and the fresh-pressed juice range, Bottled by the Sun, was born.

This natural juice is perfectly imperfect, with the unrefined texture of raw fruit pulp. All but one of the four options are created and pressed from New Zealand fruit — apples plucked from a Nelson orchard, boysenberries grown by Chloe and Florence’s neighbours, and plump feijoas sourced from urban Auckland (Titirangi). The orange mango pulp is imported. 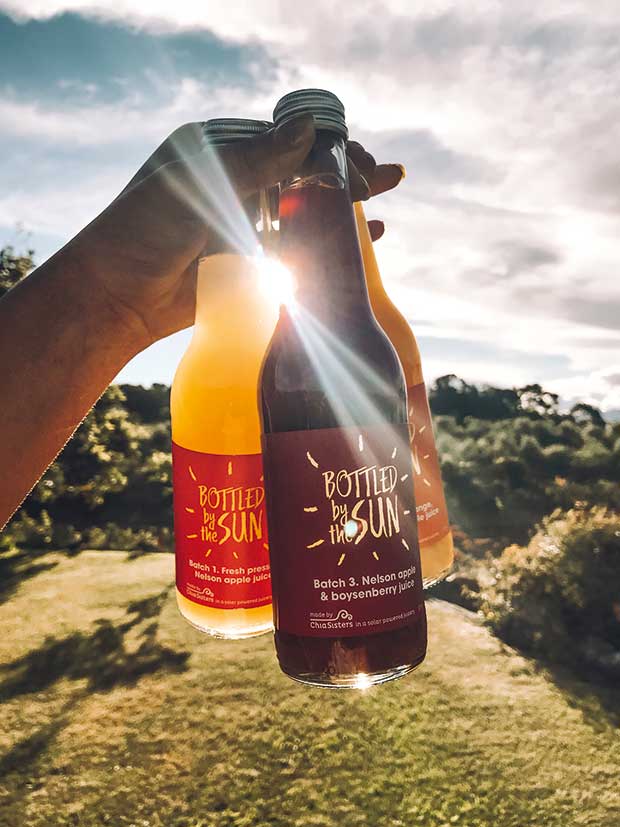 These homegrown flavours were precisely how their Nelson apple and boysenberry juice earned the winning title in the Earth category. “It’s nice that the juice has natural colour and flavour that isn’t sweet, rather a fair representation of its ingredients,” said one of the judges. The apple and feijoa juice, the sisters’ favourite juice combination, also earned a gold medal.

More stories you might like:
How a hobby cheesemaker matured into Waimata Cheese Company — a top-selling speciality cheese producer

When their solar panels produce more energy than needed, the excess is sent back to the grid as clean, renewable energy. 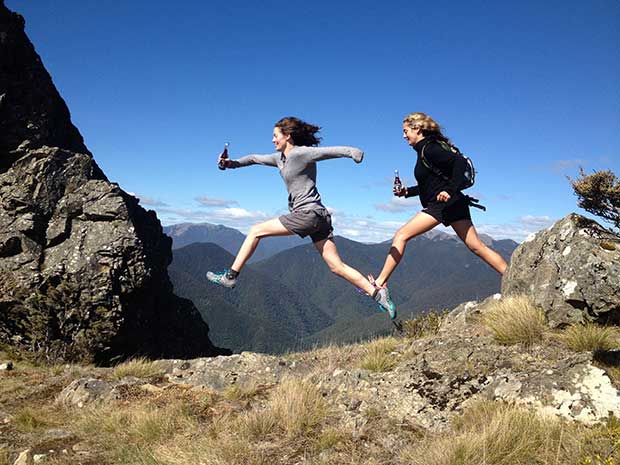 “Sustainability is a big part of us,” says Chloe. “It’s how we want to live our lives, so it makes sense to extend that into our business practices.”

In 2018, Chia Sisters became Nelson’s first accredited living-wage employer, something the sisters believe will improve their bottom line and help them run a business infused with sustainable, ethical values.

“People care about business practices more than ever,” Chloe says, “and that has helped our business grow.” 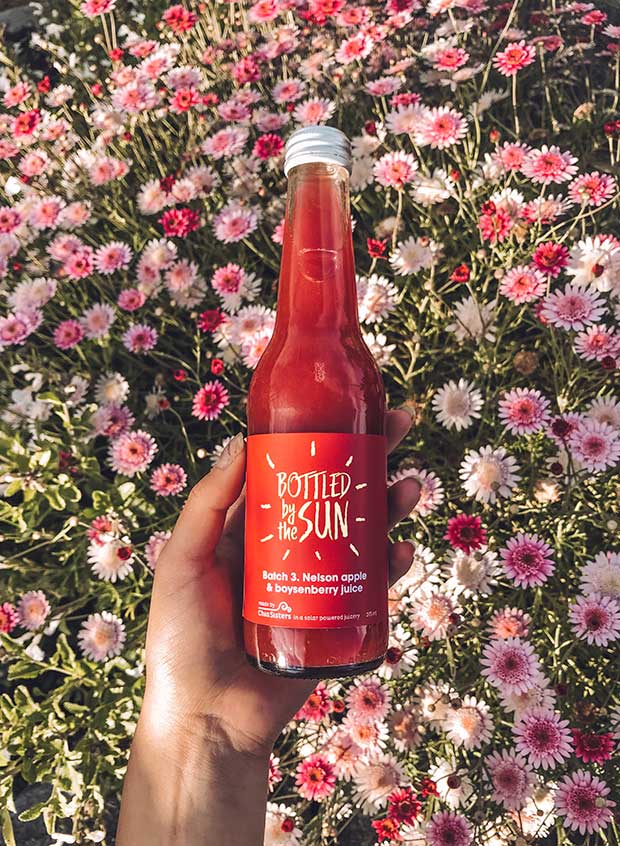 She claims disasters are behind most successes and, in the six years since she founded the brand, has proven this true. From what began as a kitchen experiment (with a fair share of explosions) has morphed into a juice company that cranks out 5000 bottles of goodness weekly.

It is a beverage producer and sustainability all-star in one, with neither side of the business complete without the other.

“We’re just trying to do something good, and it’s nice when others can see that,” says Chloe. Chia Sister beverages are sold in supermarkets and cafés throughout the country.