From tragedy to red hot business: how Jen Viegas found success recreating the flavours of her heritage 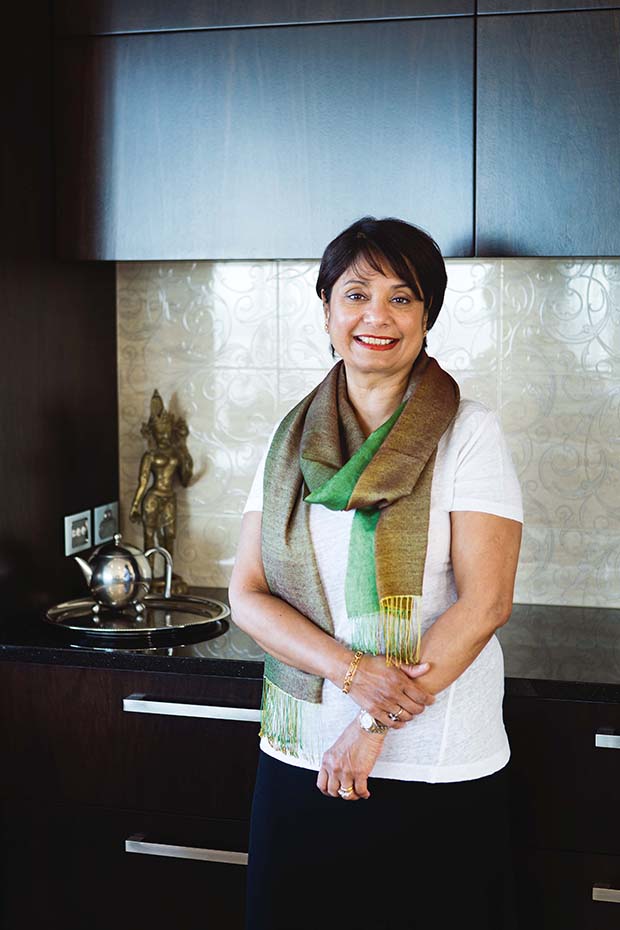 Jen Viegas at her home in Christchurch. The kitchen was designed with entertaining – and hosting cooking classes – in mind.

Jen Viegas is bringing the rich and evocative flavours of Goa to New Zealand gourmets, one spoonful at a time.

When the family moved to Christchurch in 2001, Jen’s beloved recipes helped them recall the tastes of home and forge new friendships. “When we first arrived here 16 years ago, we did a lot of entertaining. Arthur never liked to say ‘come over for a drink’, he would say, ‘that’s not enough, we need to invite them for a meal’. So we would invite people around and I would cook my traditional recipes. “Goan cuisine is quite different to what’s usually found in New Zealand Indian food and I always did lamb because I knew that New Zealanders liked it. My friends would say, ‘Wow, we haven’t had anything like this before, you should do cooking classes.’” So she did just that, hosting classes at home and teaching her secrets to curious Christchurch cooks. When she and Arthur started planning their dream home, to be built on a Redcliffs section with spectacular views, the kitchen was designed with an audience in mind. But halfway through the building process, disaster struck. Arthur was on a work trip in Asia when he died suddenly at Hong Kong airport in May 2010. Jen was shattered – left with two young adult sons and a half-finished house.

The cooking classes went on the back burner while she and the boys picked up the threads of their lives. “I don’t know how I finished the house,” she shrugs. “But we had to keep going.” Jen’s sons knew exactly what their grieving mother needed and they gently encouraged her to set up a stall selling Goan food and frozen home-made curry pastes at the weekly Mt Pleasant Farmers’ Market nearby. They also knew exactly how to make sure she followed through. “Alistair said I wasn’t allowed to visit him in Perth if I didn’t.”

The stall was a success and Jen’s customers encouraged her to think about doing more. She soon realized what direction she should take when her mother came to visit in December 2012, armed with her recipe book. “We made some aubergine pickle together for friends, and they said, ‘you should sell this’.” Jen duly added it to her market wares, to rave reviews. A piquant mixed-vegetable pickle soon followed, then a lemon chutney. But it was the prawn balchao, a punchy pickle made with fresh prawns, chillies and vinegar, that really took off. “When I did the prawn balchao I honestly didn’t think anyone would like it because it’s so unusual,” Jen says. “But people love it and I think it’s because they’ve never had anything like it. I thought the same about the chilli pickle but it’s become my number one seller. Apart from being hot, the flavours are amazing. You just need a little bit. I’m addicted to it.”

Jen makes her pickles in small batches in a beautiful commercial kitchen attached to her home. She’s recently added her first spice blend – a Goan Masala that can be used in a myriad of ways – to her products and is planning to develop more. While she produced some 5000 jars of pickles and chutneys alone last year, she’s hoping to double or treble production. Either way, she’s busy enough now that the cooking classes have been shifted to the back burner. She’s grateful for the continued support of her extended family, who help out in a variety of ways. She still relies on advice from her 82-year-old mother when developing products and her sons are both involved in the business.

Jen makes all her products by hand in a beautiful commercial kitchen at her home in the Christchurch cliff-top suburb of Redcliffs. With the Southern Alps visible from one side and the sparkling waves of Sumner on the other, she must have one of the most picturesque worksites in the country.

Alistair, now based in Perth, helped refine the flavours of the Goan Masala blend while his wife helps with design, packaging and social media. Adrian, who is completing a Masters in Architecture in Auckland, regularly demonstrates mum’s wares at Farro Fresh. “My sons have inherited their passion for food from me,” Jen says.

“They helped in the kitchen since when they were little. Now they give me advice. They do a lot of experimenting with spices. They make their own pasta. They do things I would never do. They both love cooking.” She likes to think Arthur would be proud of her success, not least because her commercial kitchen is now in a space he insisted on including in the house plans. “It’s funny how things work out. I’m sure Arthur’s up there, looking down and laughing at me saying ‘I told you that room was a good idea.’” 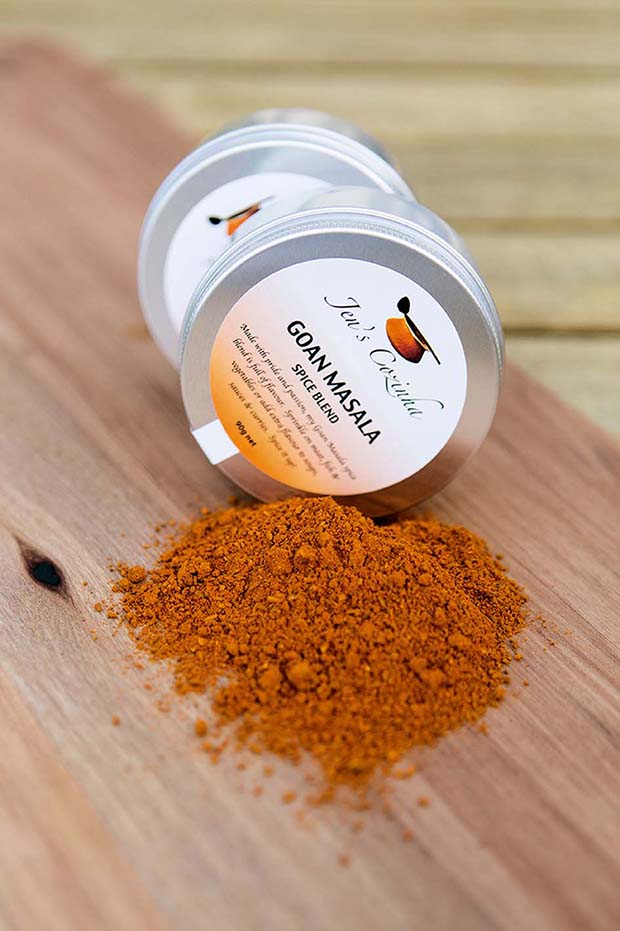 Jen makes all her products by hand in a beautiful commercial kitchen at her home in the Christchurch cliff-top suburb of Redcliffs. With the Southern Alps visible from one side and the sparkling waves of Sumner on the other, she must have one of the most picturesque worksites in the country.