Water cooler: How to fight moths, make a lavender cutting and our review of The Handmaid’s Tale


This week in the water cooler: we wage a war against clothing moths, try reduction wood block printing, make lavender cuttings and review The Handmaid’s Tale. How maddening to discover yesterday my favourite newish cardigan (burnt orange with very smart turquoise Liberty-patterned covered buttons and pocket linings) is sporting new holes in half a dozen places. Initially, I thought I’d found a dirty mark on the arm but worse! It wasn’t marked but moth-eaten. Frantic research was even more dispiriting. “15 Steps to Treating and Preventing Moth infestations” was WikiHow’s helpful advice. It took an hour to read so here’s the condensed version:
Wool-eating moths are picky buggers; they won’t eat man-made fibres only the finest cashmere and merino. Can’t blame them – who wants to eat petroleum-based fabrics.
The fastest method of killing Tineola bisselliella (short of dousing your wardrobe with insecticide) is to freeze all woollen garments. Make sure they are completely clean and dry, pop in ziplock bags and tuck into the freezer. While your wardrobe of fine woollens is residing in the freezer, attack your wardrobe with vigour. Wash ceilings, wash all non-woollen clothes in very hot water (that’s why I’ve popped my woollens in the freezer as they don’t generally survive boiling water), vacuum the carpets carefully and wash all surfaces. Check sneaky places such as shoe racks or bags.
Head to the hardware store and find mothballs – yes old-fashioned naphthalene is still the only sure way of keeping them at bay. Modern, less smelly options including bay leaves, lemon rind, lavender oil and other remedies apparently are no deterrent. Pheromone traps are a deterrent and a catcher. Keep your pantry and wardrobe stocked with these triangular shaped moth traps available in your local supermarket.
To avoid an infestation: Don’t buy secondhand woollen clothing. Who knew! And had I? Yes, I had purchased a gorgeous House of Cashmere, London by Johnstons (Cashmere since 1787) grey cashmere dress secondhand. I never buy second hand clothes but this beautiful dress, with a fabulous label, was waving to me as I rushed past a pre-loved clothing window (who can resist soft grey cashmere). So I am blaming that for my current problem.
Do you have any uses for a motheaten cardigan? Or any other prevention suggestions?

CHIP OFF THE OLD BLOCK 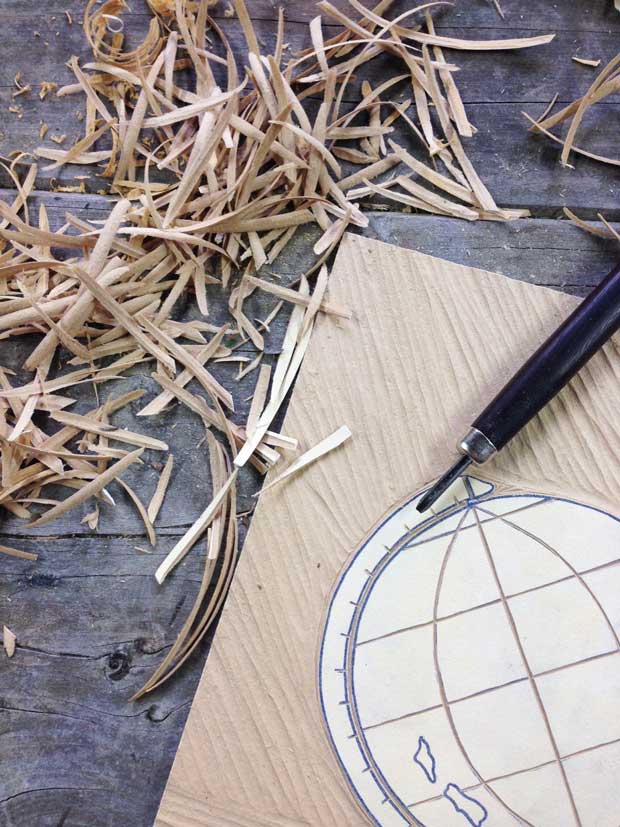 My name was pulled from a hat to be a part of a six-week art course run by Clevedon-based artist Katie Blundell. Every Thursday for the last four weeks my son and I have headed off to Katie’s studio. The course was funded by the Franklin Local Board & supported by the Clevedon Plunket Committee. While the parents create art, the kids are cared for by the Plunket Committee – how perfect for a working mum like me. We’ve learned the reduction wood block printing technique – creating designs using layers of colour with cuts and grooves in wood. 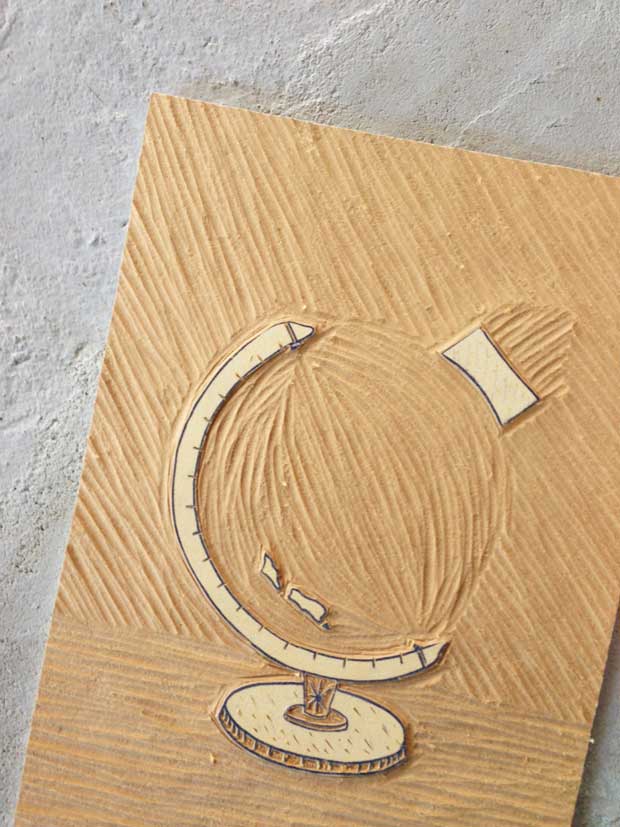 It’s such a fun process but it’s taken time to get my head around how to construct a print. Lesson One: once you cut, you can’t go back! Everyone in the class has created one A4 artwork print, printed three times. We are going to sell one of our prints via silent auction, one via a raffle and the third we will keep for ourselves. Proceeds will go towards funding a similar course for next year. 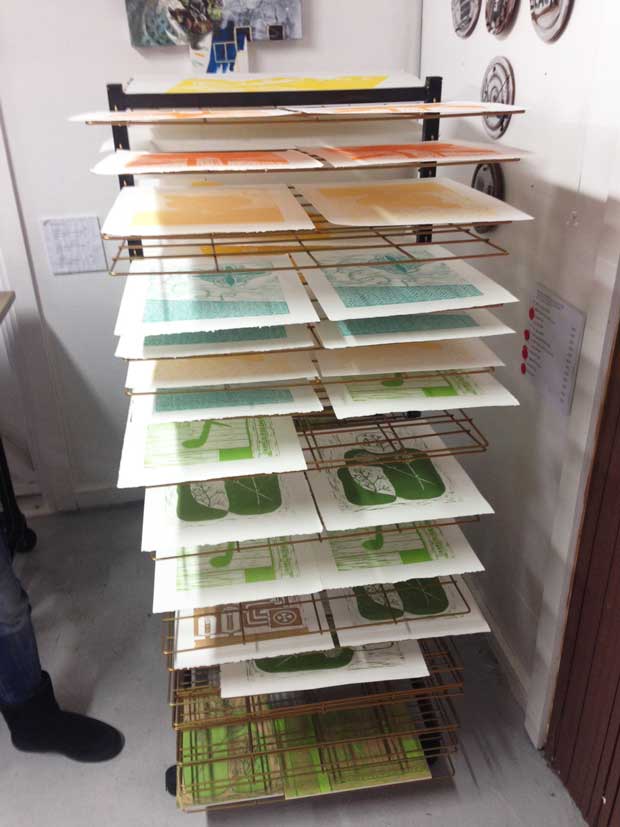 This week I’m printing my last colour (black) and I can’t wait to see the final outcome. Our work will exhibited on Sunday 18th June, 10.30-12.30pm, alongside Katie’s own exhibition featuring her new series ‘Status Symbols’, at her studio in Clevedon, 331 North Rd, Clevedon. 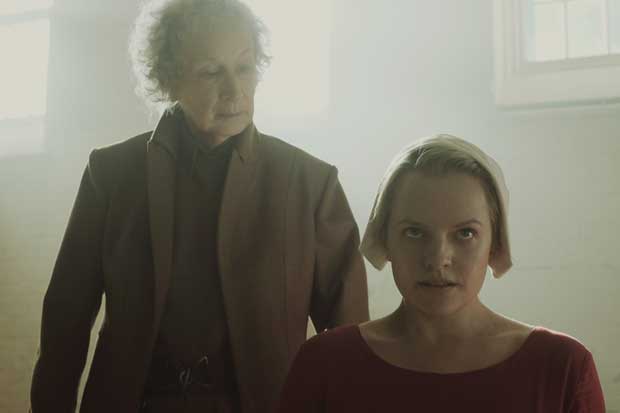 Author Margaret Atwood  (left) and Elisabeth Moss (right) in The Handmaid’s Tale. Margaret has a cameo in the first episode.

I’m still in shock. The TV series The Handmaid’s Tale started on Lightbox last night and I’m haunted by the first two episodes. A friend, also watching the show, messaged to check I was watching and admit she was in tears 20 minutes into the episode. The show, based on the acclaimed Margaret Atwood novel of the same name, is about a handmaid living in the dystopian Republic of Gilead. Elisabeth Moss (Mad Men, Top of the Lake) plays Offred, a woman who is forced to become a reproductive servant when fertility rates drop and a military regime overtakes the US government. Although the book was first published in 1985, commentators point out how eerily poignant this is in these times of political uncertainty and the Trump administration. 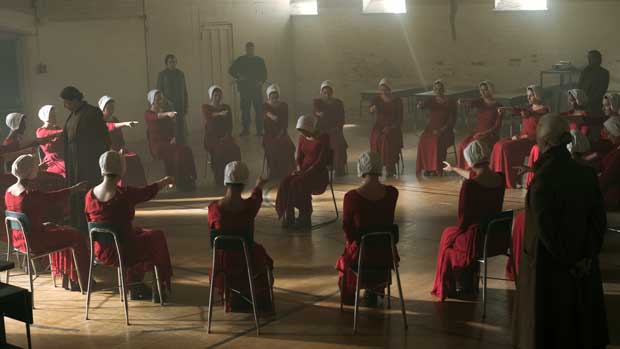 Yes, it is a fantasy but the story of government surveillance and resurging puritanical values is close to the bone. I’ve mentioned in our Off Topic Book Club podcast that I’m a big fan of the book and this show lives up to Atwood’s original and progresses the story further. It’s one of the most powerful TV shows I have seen in some time, and Elisabeth is simply extraordinary. Viewers can binge watch the nine episodes on Lightbox now – the final 10th episode come next week (June 15, 2107).
Emma Rawson
Editor, thisNZlife 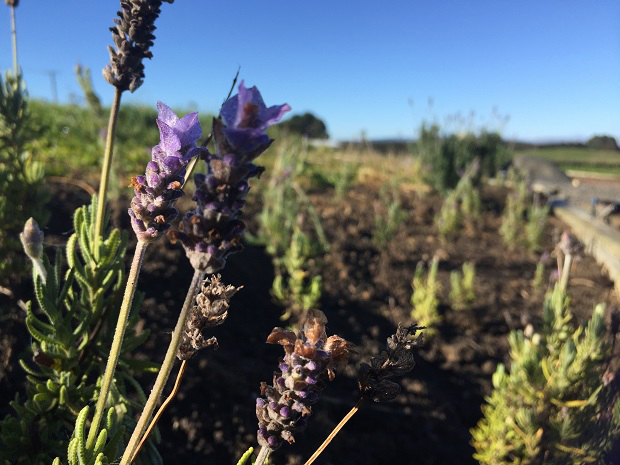 State Highway 2 used to go past the old, long-abandoned Castle Cafe (it’s for sale, by the way) at Mangatawhiri. This was one of the most dangerous roads in the country. I know as I had to navigate it every day and it could be quite terrifying. When it was realigned a few years ago, enormous machines completely re-landscaped a lot of farmland to get the straight, wide highway on which weekend commuters to the Coromandel can sit doing 5km/h during holiday traffic jams.
Old gates, hand-made of totara 120 years ago, were dumped on the roadside about to be put into a big pile and burned. One phone call to the site office, one phone call to my Dad …those old gates are now in my garden.
All of this turmoil for the new road bisected what had once been a lovely old garden from which one lone lavender bush survived. It is so beautiful, waving its flowers in its newly-exposed spot, and so pungent you can smell it as you drive past at 100km/h. I am a long-time fan of lavender, and more so after doing this story with the most amazing lavender grower in the world, who lives on a lifestyle block near Blenheim.
I took ten cuttings of what was probably an old English lavender variety. Nine died from lack of watering, but one made it. A few years later, unpruned and far too leggy for its own good, it was in the way of my own re-landscaping efforts. This time I turned the whole thing into cuttings, carefully putting all the pots right beside the garden hose.
Cuttings from that one plant now number 68 and are sitting in a new 20m-long garden bed beside a retaining wall. Lavender is expensive to buy, and I worked out these plants would have cost me $5 each at a garden centre if I’d had to buy them.

It’s not going to be anywhere near as stunning as some of the lavender gardens we’ve featured in our magazines and on thisnzlife, but it will certainly smell as good.
Lavender is the easiest plant in the world to propagate. When there’s fresh growth, cut (or even pick) pieces, remove most of the foliage, then stick it into potting mix.
Oh, and keep it watered and fed.

INDIAN INK ALL OVER THE WORLD

In two decades, and from humble beginnings in a rehearsal space in Wellington, our very own Indian Ink Theatre company has curried favour with more than 450,000 people worldwide including the UK, the US and Singapore as well as throughout Aotearoa.
Award-winning The Pickle King is on a fresh nationwide tour after having had a minor facelift. Well, it is a 15-year-old script, after all. It hasn’t lost its poignant love story however, it’s just that the love story now involves a same-sex couple. Trailblazing playwrights Jacob Rajan and Justin Lewis remain at society’s cutting edge reflecting modern challenges. See the trailer here.
Opening in Christchurch, this Thursday, 15 June 2017, at the Isaac Theatre Royal for a short season. Shows in Dunedin, Nelson, Auckland and Wellington still to come in this tour.
Book at: Indianink.co.nz
Kate Coughlan
Editor, NZ Life & Leisure