DIY Project: How to make soap from scratch 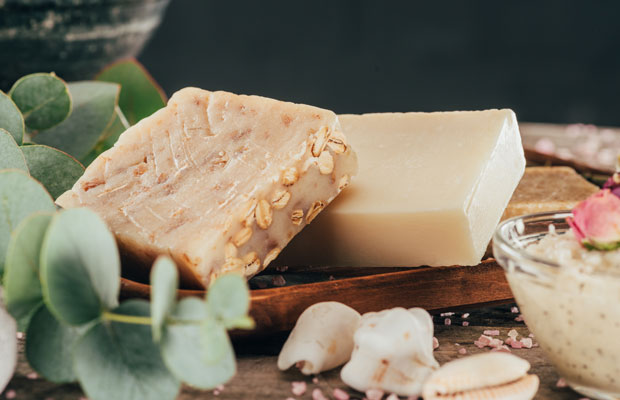 Cut packaging out of the equation with homemade beauty essentials.

Soap-making is an ancient tradition that has been practiced for thousands of years.

The Mediterranean region, for example, is known for mild olive oil soaps. West Africa has a particular type of black soap made with ash. Unlike modern detergents, soap is biodegradable and eco-friendly, easily adapted to a range of different uses.

The soap-making process itself is also relatively simple. To make soap, you need three key ingredients: oils, caustic soda and water. Caustic soda, also known as lye or sodium hydroxide, can be bought at the local hardware store. 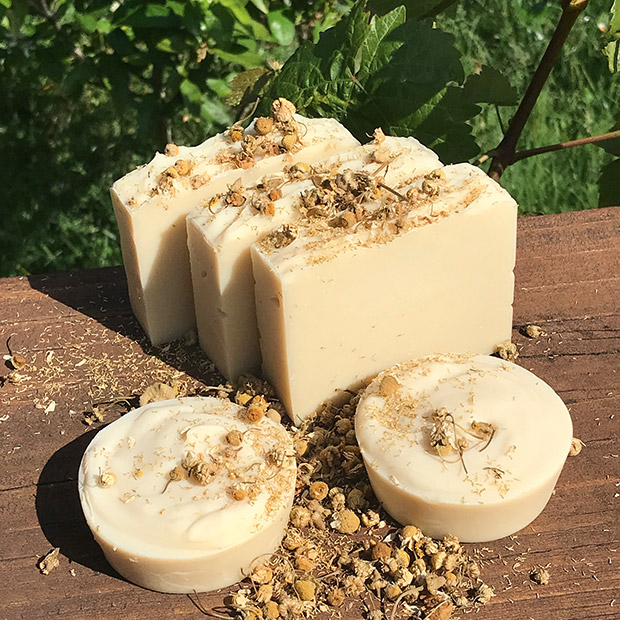 (Find it in the plumbing or cleaning-product aisles as it is often used to clean drains.)

Before buying, check that the caustic soda is 98 per cent pure sodium hydroxide. The oils used in this recipe are available from the supermarket but be sure to use the same type of oil as stated in the recipe — it’s not possible to substitute one oil for another.

Water quality is important in soap-making: town-supply tap water, rainwater or bottled distilled water from the supermarket are fine but bore or groundwater are not suitable.

Despite contradictory information on the internet, it’s not possible to make soap without caustic soda/lye. Caustic soda is a natural product created by running electricity through a salt water (brine) solution in a process called electrolysis.

Before starting, make sure to wear protective goggles and gloves and work in a well-ventilated area, free from any distractions. 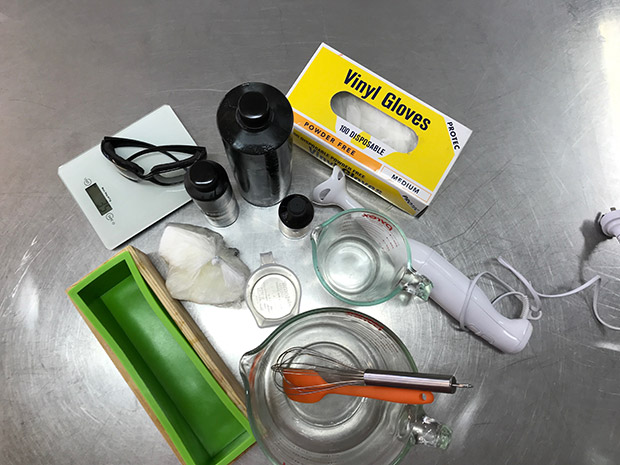 digital scales
an empty yoghurt pottle or small container
a small heatproof or Pyrex jug
a large Pyrex jug or microwavable bowl
a soap mould (you can also reuse a plastic container, yoghurt pottles, or silicon muffin moulds)
silicon or stainless-steel whisk, spatula and, if possible but not necessary, a stick blender

STEP 1: Weigh out the caustic soda into a small container. And then weigh out the water into a different heatproof pot or Pyrex jug.

STEP 2: Carefully, without splashing, add the caustic soda to the water (never do this the other way round), and stir until all the caustic soda has dissolved. The liquid will become warm and cloudy. This is normal. Place the container in the sink to cool. 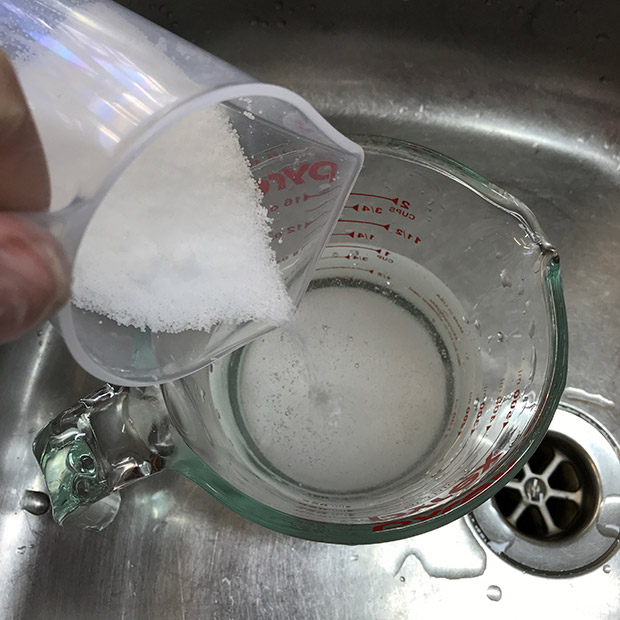 STEP 3: While the caustic soda solution is cooling, start preparing the oils. First, weigh the coconut oil in a bowl or jug and melt it in the microwave. Alternatively, melt in a pot on the stove on low heat.

STEP 4: Weigh and add the olive oil and sunflower oil to the melted coconut oil. 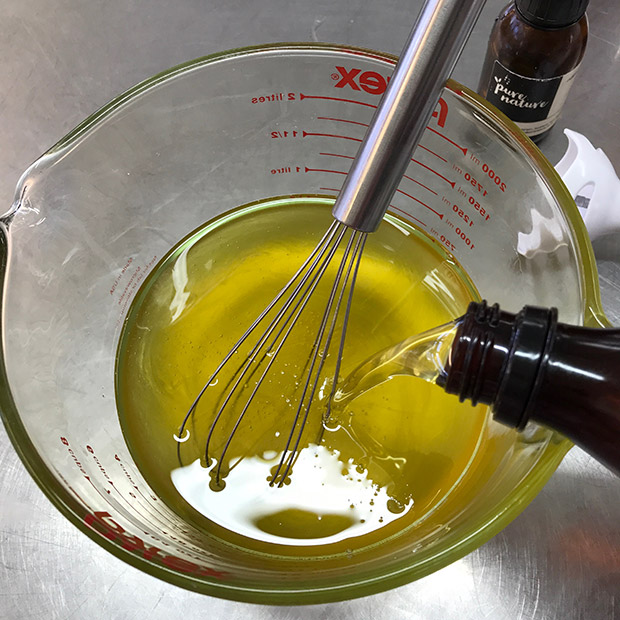 STEP 5: Check if the caustic-soda solution has cooled to room temperature by touching the outside of the jug. If it is cool, it is ready. Otherwise, leave for a while longer to cool down.

STEP 6: Carefully add the cool caustic soda solution to the oils and stir briskly with the whisk or use your stick blender to mix until the oil/lye mixture has emulsified and started to thicken. In soap-makers’ lingo this is when the soap is at “trace”. 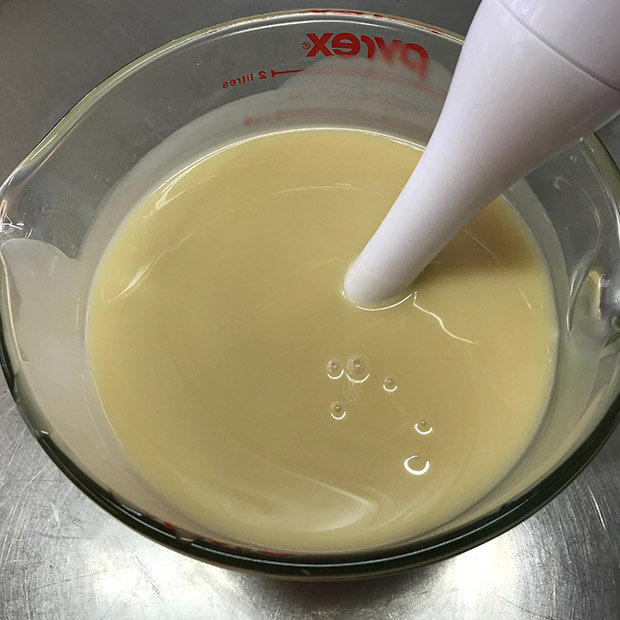 STEP 7: If using essential oils, add them to the oil/lye mixture and give the soap mixture another good stir with the stick blender. 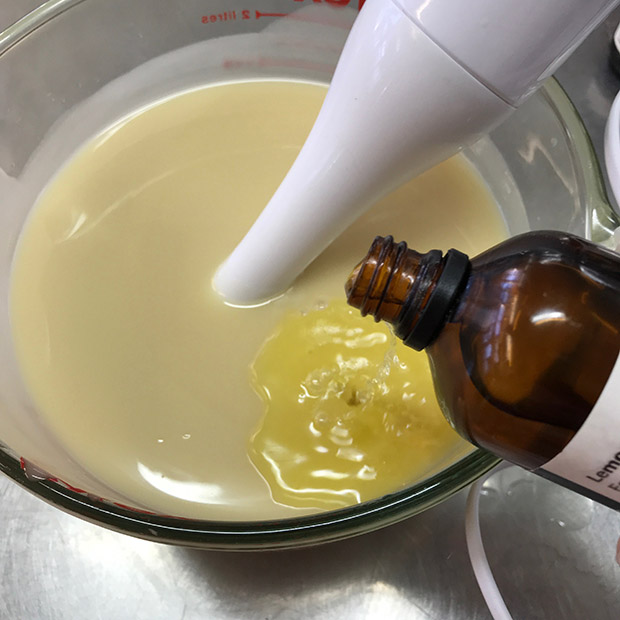 STEP 8: Pour the soap into a soap mould. 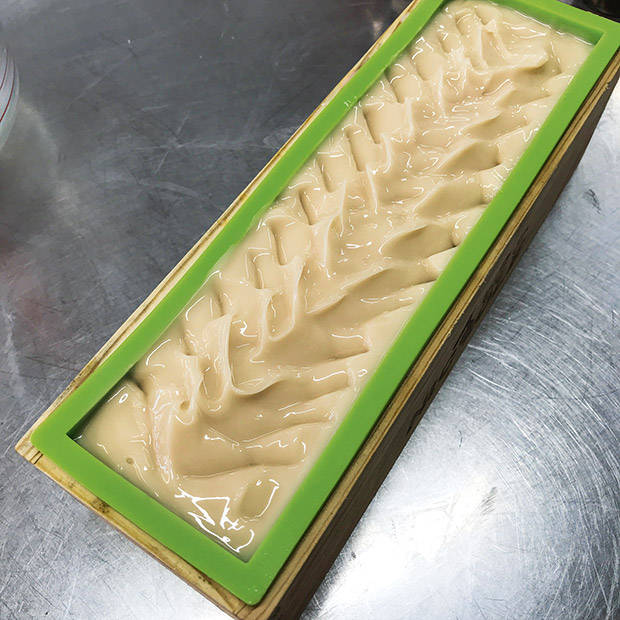 STEP 9: Leave the soap in the mould for two to three days until it has hardened and it is easily removed from the mould. Let the soap dry out for a few more days, and then using a thin sharp knife, cut the soap into 10 bars. The bars of soap will need a further six to eight weeks to cure. 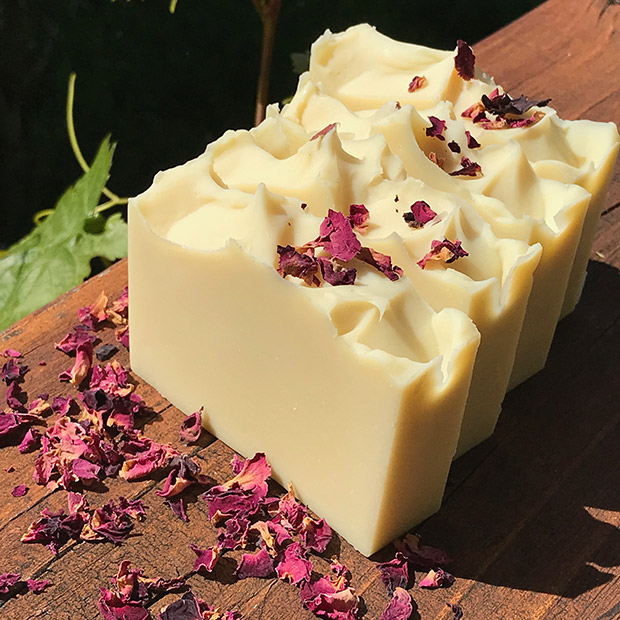 • Add ½ cup oatmeal or rolled oats for an exfoliating effect.

• Infuse the olive oil with herbs or flowers, such as calendula or kawakawa leaf before using.

• Sprinkle the surface of the soap with dried flowers for decoration.

• Add one tablespoon of milk powder for extra mildness in your soap.

• Mixing in one to two teaspoons of poppy seeds gives the soap a sprinkled effect.

• Coffee is deodorizing: substitute the water for cold brewed coffee in the lye solution and add coffee grounds to your soap. Jackie Ziegler is the author of Making Solid Shampoo Bars. She blogs about soap-making at inmysoappot.co.nz

This is an extract from our special edition In Your Backyard: Living Lightly