When her life went off-script, writer Lauren Keenan did something new – 52 of them, in fact, in only 52 weeks. Her new book, The 52 Week Project, covers her discoveries as she writes new chapters for herself.

It started with “27 Rejections of Doom”. That’s the night Wellington writer Lauren Keenan asked 27 friends to hang out with her. They all, to a person, had something else they’d rather be doing.

Newly separated from her husband, just as autumn chilled the air and shortened the days of 2017, Lauren writes she was in the “cesspit of despair”. To add to her misery, she was being horribly bullied by her internal “heinous bitch-face bully” voice, and unable to think about her situation rationally.

“There may be a ladder out of the hole you’re floundering around in, but who can see it when your eyes are filled with tears? Not to mention the other bits of sticky residue from the cesspit of despair: anger; lethargy; grumpiness; indifference towards things you used to be excited about; an overwhelming desire to eat your body weight in cheese,” writes Lauren. 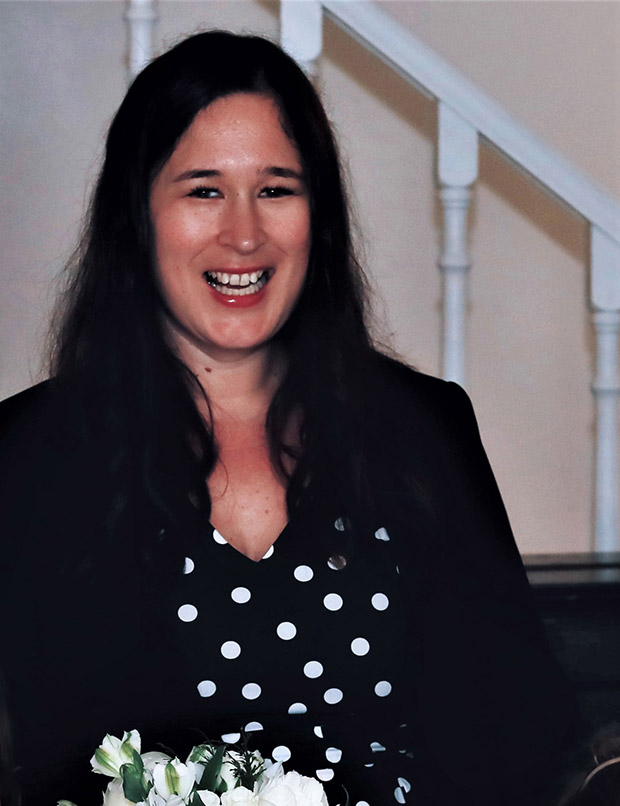 The script Lauren (Te Āti Awa ki Taranaki) had been following to this point – university, a good job, marriage and babies – suddenly required urgent revisions. Lauren, a lifetime writer, picked up the purple pen and opened the purple notebook she’d bought to cheer herself (and she doesn’t even like purple) and began to write.

Rather than indulging in matching purple prose, she wrote a list of what made her feel bad that day. Then, over the page, she wrote a list of the things that brought her joy. Her daily lists got her thinking about a new list. Working on the ever-excellent advice from Dr Seuss that “you’ll never be bored when you try something new”, Lauren began researching new things she could try, aiming for 52 new things in only 52 weeks.

And she did just that. Along the way, not only did Lauren gain experiences big (confronting her fear of heights repeatedly, comedy club crowds, sharks) and little (wearing false eyelashes and bright red lipstick, doing cross-stitch, eating a vodka-infused donut), she unearthed wisdom and confidence and rewrote her script.

More stories you might like:
Anything is possible in the big city — even turning a car park into a market garden

Now living temporarily in Hawai’i (like most writers, Lauren has a day job – one with a government department that’s seen her posted to Honolulu), she isn’t wearing red lipstick on her video chat, but a vibrant pink top signals the lasting effects of one of her new things: getting her colours done. Lauren attempted to conquer her fear of heights.

“I’ll never go back to skulking around in black,” says Lauren, adding, however, that she prefers bright pink lipstick to bright red these days.

It’s far from the only lasting effect of her year of new things, the most important being that she reunited with her husband. Their reunion was helped by another of New Things: couple therapy, which, along with vanquishing a tree-top confidence course, swimming with sharks and feeding the lions – all accomplished with her husband – re-railed their marriage.

The couple and their two young children arrived in Hawai’i a week before the Covid-19 pandemic struck in early 2020 and they’ve been living largely within the confines of their house since. The upside is that, while still working, Lauren had time to tidy her 52 new things in 52 weeks into The 52 Week Project. As a long-time diarist and writer, mostly blog posts and short stories, Lauren had written about her experiences throughout her year of doing new things, mostly in short-form articles that then translated nicely into thematic chapters.

“I had intuitively done it thematically without meaning to. I mapped it all out and realized I had the basis of about half the stories I wanted to tell about society, which were inherent in my journey, along with other things I could capture with what I’d written since.” 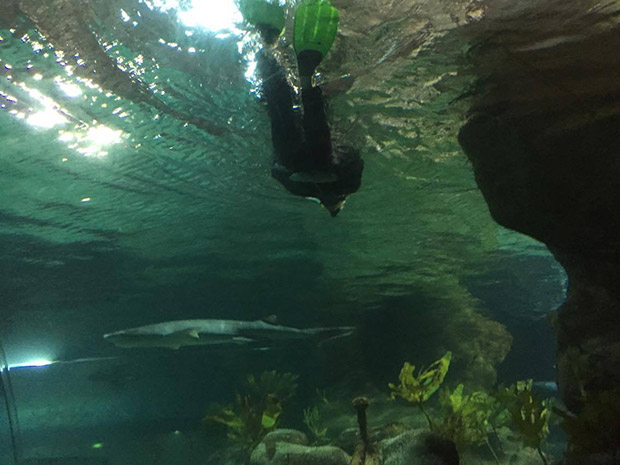 Swimming with sharks was one of Lauren’s more daunting tasks.

The result is, certainly, a book about doing new things, but it’s just as much a book about doing life, especially as a woman. It’s about dealing with change and challenge, confidence, loneliness and friendships (healthy and unhealthy). It’s about being a “part-time” or “full-time” mum – who, just by having put her reproductive organs into action, should apparently no longer find Justin Timberlake hot, or engage in frenzied dancing to S Club 7.

More stories you might like:
Video: Sustainable living in a tiny house on wheels, take a tour of Cam and Amanda's sweet tiny home

What she should be is “classy”. That probably does not mean riding a mechanical bull (New Thing 41) but could mean learning cross stitch, to play a piano piece, and take a cooking masterclass – also all New Things. ‘Classy’, Lauren decides, must be akin to being ‘ladylike’: “Sticking out your pinky while drinking tea was ladylike. Sticking out your middle finger when someone bothered you was not,” she writes in her book.

This is one of just many lines that are laugh-out-loud funny. There are plenty others that draw a tear – perhaps partly in recognition. “I’ve always written – like, I’m a diary writer and I blog a lot. Writing is cathartic for me. It’s one of the ways I process things,” says Lauren. “The chapter on loneliness was the first chapter I wrote, even before I really got into it. I was just writing about how I was feeling.

Lauren, who’s 40, says a large part of the book was talking about relationships, and about getting out of a rut, working out what she wanted the rest of her life to be. That meant quelling her inner “Imp of a Scaredy-cat” that prevented her doing many (usually gravity-challenged) activities, and silencing that nasty inner voice draining her confidence. 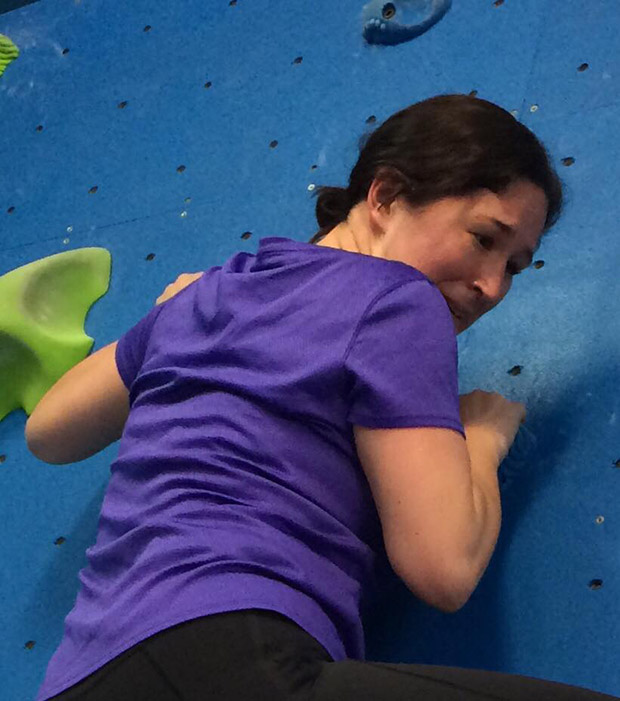 She layers her own thoughts and discoveries with a generous serving of wisdom from other writers, both fiction and non-fiction, high-brow and those with brows a little lower; from Ben Goldacre and Brené Brown, to Russell Brand and, yes, Dr Seuss. (For extra reading there’s a full bibliography at the back.)

“I love pop psychology and I read it a lot. It fascinates me. I realized at some point that I could structure what I’d already written around it and superimpose what I had done on top of the thoughts I was having,” she says.

The results are both motivating and illuminating. Whether describing her own addiction to Facebook – and her detox from social media – or her delight in conquering mountain-biking trails, enduring aching arms from Waka Ama or vanquishing potential public humiliation from comedy club and dance competition appearances – Lauren’s new things are achievable and doable for most of us, should we dare. 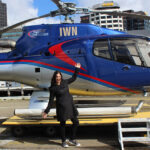 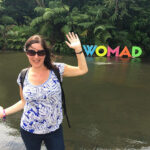 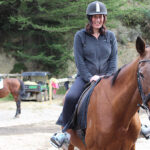 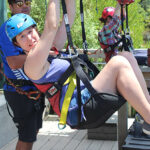 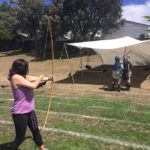 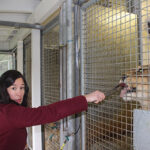 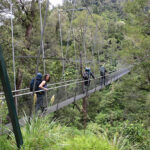 “One was being a life-drawing model. I got as far as ringing up and finding out all about it, but in the end my brain went, ‘this is not something you want to do’, so I didn’t go through with it.”

Less challenging – certainly less revealing – was joining a knitting group. Again, it didn’t happen. But then, part of what Lauren learned was the power of saying “no”; the power of doing only what she really wanted to do.

Whether she said “yes” or “no”, her year of doing 52 new things has done the trick. “I’m in a really good space now,” says Lauren. “My self-esteem is the best it’s been in years, and the book played an incredibly big part in that. When you write something down, you start to understand it a bit more. I feel like I got my mid-life crisis out of the way early.” 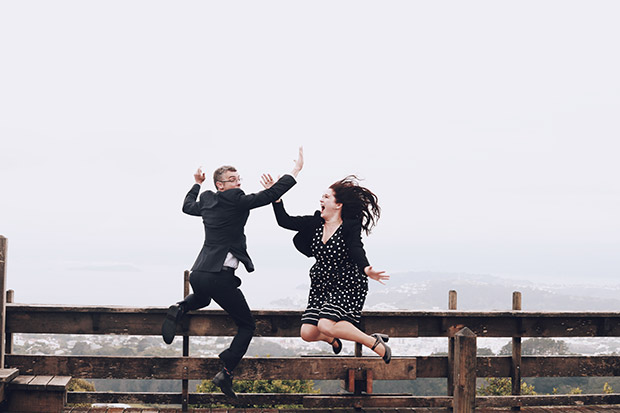 So, for those who feel themselves in a rut, need to write a new chapter or flip the script, The 52 Week Project is a great place to start for inspiration and ideas. Lauren’s still open to more new things and plans to chalk up “21 new things in 2021”. That might include a floatation tank experience or finally sewing a whole outfit. 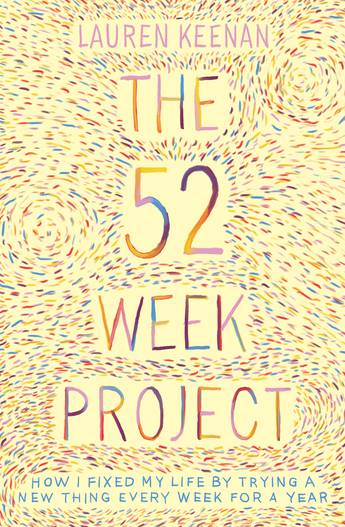