This year’s New Zealand Champions of Cheese Awards has recognised long-term favourites as well as newcomers among its 27 trophy recipients.

The four Supreme Champion awards went to Kāpiti and Mahoe, two highly awarded cheesemakers with a proud history; The Drunken Nanny with 11 years of cheesemaking, as well as Annie & Geoff Nieuwenhuis of Nieuwenhuis Farmstead Cheese who were named MilkTestNZ Champion Cheesemaker after only three years of commercial cheesemaking.

The trophies were awarded at a Gala Awards Dinner at SkyCity in Hamilton on 5 May, 2021 and followed judging of more than 310 cheeses from 35 cheese companies at Wintec in February. Chief Judge Jason Tarrant led a panel of 32 judges to assess the cheeses. 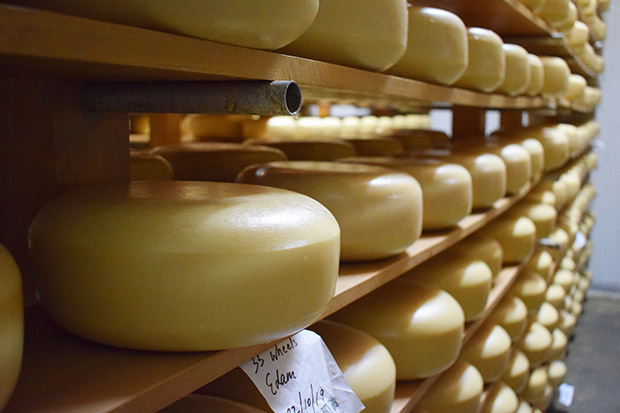 New Zealand Specialist Cheesemakers Association organises the annual awards with Board chair Neil Willman saying, “It’s encouraging to see the quality and variety of cheese which was recognised this year. It’s proof of the strength of the New Zealand cheese industry and the quality and innovation of cheesemakers. Furthermore I’m heartened by the reports that cheese lovers are seeking out locally made cheese, supporting the industry as never before and leading to increasing sales for New Zealand cheese.” 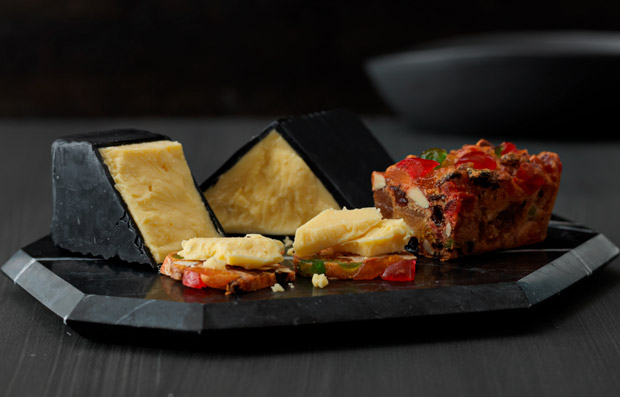 Their cheese is world-class.” Mahoe Very Old Edam was a New Zealand Champions of Cheese Champion in 2012, 2013, 2014 and 2015 proving its consistently good year after year. After its aged for a minimum of 10 months, Mahoe Very Old Edam becomes wonderfully sweet on the palate, its beautifully balanced finished with a light nutty aftertaste. 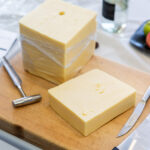 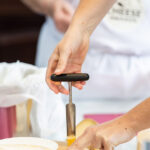 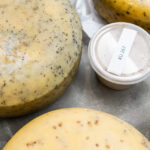 Puhoi Valley Cheese Champion of Champions Cheese Award – Boutique; The Drunken Nanny, Black Tie Petite “is clean and fresh….and there’s no doubt it deserves this award” according to Tarrant. From Amanda and Lindsey Goodman’s farm just south of Martinborough, Black Tie is inspired by a tradition French method of cheesemaking, where the soft, lush goats cheese is rolled in grape ask. The stunning pyramid-shape Drunken Nanny Black Tie Cheese is available while the goats are milking from spring through until autumn.

MilkTestNZ Champion Cheesemaker; Annie Nieuwenhuis & Geoff Nieuwenhuis of Nieuwenhuis Farmstead Cheese have only been making and selling their delicious goat cheese from their Hawkes Bay farm since 2018. Geoff looks after the goats and Annie takes primarily responsibility for cheesemaking with help from Geoff. 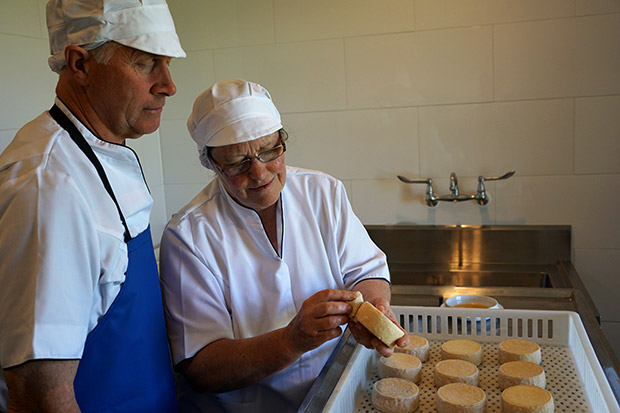 Nieuwenhuis Farmstead Cheese recipes are based on traditional European techniques with a kiwi twist including names which reflect the unique place where their cheese is from for example; Te Aute, Poukawa Fog and Oma to name a few.

The biannual Innovative Packaging Aspiring Cheesemaker award was also announced; with Clara Autet from Grinning Gecko receiving the accolade. Clara has a Bachelor of Science specialising in Food Science and Nutrition from the University of Auckland. Clara has recently completed her Diary Manufacturing unit in cheesemaking and is planning to undertake a sensory cheese course later this year. Owner of Grinning Gecko, Catherine McNamara, who nominated Clara said “Clara is very observant and passionate about cheese… She has a great ‘feel’ for making cheese.” 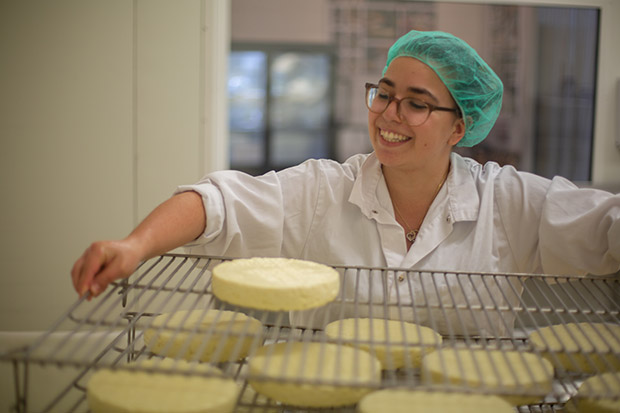 For the second year the Ignite Colleges Chefs’ Choice was awarded. Chefs; Mat McLean of Palate restaurant; Nathan Hartley, Head of Food & Beverage at SkyCity and Maurice Montero, chef of Mr Pickles tasted around 30 cheeses assessing them for flavour and suitably and uses in cooking. The Ignite Colleges Chefs’ Choice winner was Pumahana from Karikaas a Dutch-style cheesemaker from Loburn in North Canterbury. Pumahana is an aged full flavoured cheese with warmth provided by a blend of peppercorns and a dash of chilli.

AND THE WINNERS ARE…