After almost 30 years on their block, this Ohoka couple are brimming with wisdom for wannabe block owners.

It’s a total transformation from the bare paddock Barb and Andrew Warren bought back in the early 1990s.

“When we moved here, one of the goals was to get bellbirds in the garden,” says Andrew. “Now we’ve got lots of them”. They started planting trees for shelter from the strong winds that roar across the Canterbury Plains. The trees brought other benefits. 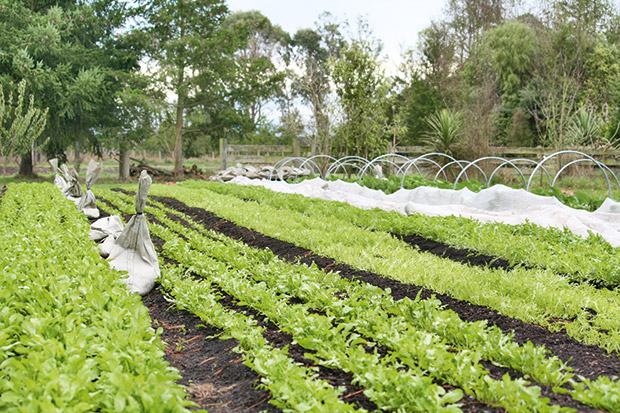 “We have a little micro-climate here. If you see our block from overhead, it’s like a green pimple surrounded by bare land,” says Barb. “We call it ‘The Frost Pocket’.”

“But they absolutely can be, and they offer a wonderful biodiversity that you don’t get on large scale farms.” They have a simple piece of wisdom to pass on to block newcomers. “Don’t take any advice because people always say you can’t do this, you can’t do that,” says Andrew. “Challenge assumptions,” says Barb with a grin.

The Warrens raised cattle, sheep, and pigs before deciding that livestock weren’t for them – too destructive and too expensive to fence in – so they turned their focus to growing fruits and vegetables.

They’ve always been passionate about the idea of small farms and local food supply. They helped to found the Ohokoa Farmers’ Market in 2009. Barb manages the market, and Andrew sells their homegrown produce now he’s retired from his day job as an accountant. 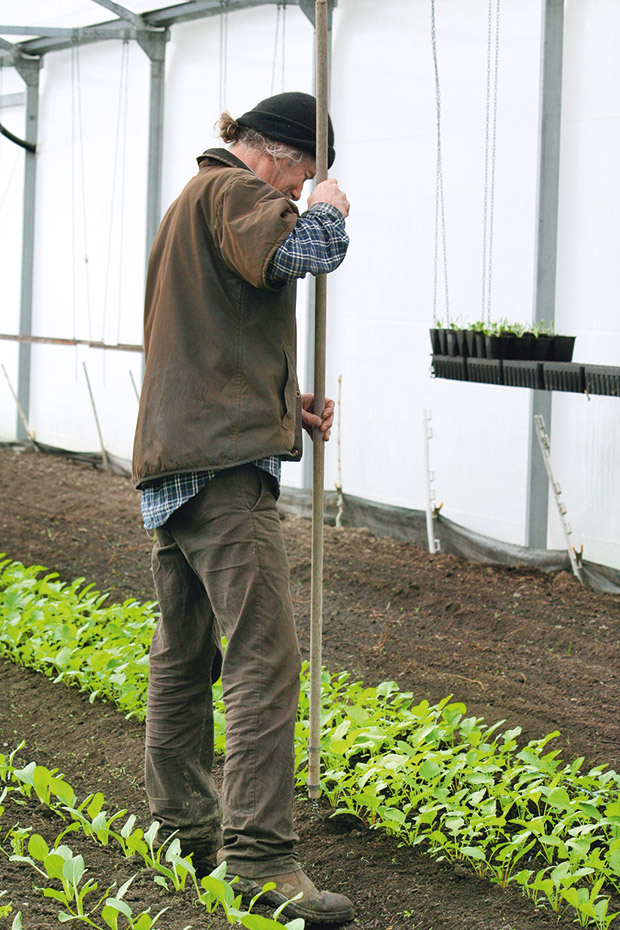 Andrew now grows and sells organic vegetables and fruit at the Ohoka Farmers’ Market he and Barb helped to set up.

They grow everything, from neat rows of kale and other brassicas to walnut trees, lemons, limes, and even sub-tropical loquats.

Their block is certified organic, and it was a stringent process, says Barb. As part of it, they’re not allowed to bring anything onto the block that isn’t certified organic. For example, pea straw can’t be used on the vegetable beds as it’s often treated with sprays. A small tractor with a front-end loader is their most important piece of machinery.

A 300m², second-hand tunnel house they built themselves is tucked away in one corner. It extends their growing time substantially, meaning they can even start their tomato plants in July.

“There are only really two months of the year when we’re not growing,” says Andrew. The microclimate provided by the large number of trees means they can also grow outside for a substantial part of the year.

The right equipment saves you a lot of time and work. A small tractor with a loader has been one of their go-to machines over the years. “We’ve found thousands of uses for it,” says Andrew. But he also raves about his two-wheeled tractor.

The BCS 852 is steered using handlebars, and can run a tiller, rotary hoe, plough, and different mowing decks. “It works really well on densely planted rows of greens because it’s the perfect width so you can do a small area. It’s also light, so it doesn’t destroy the soil structure”. 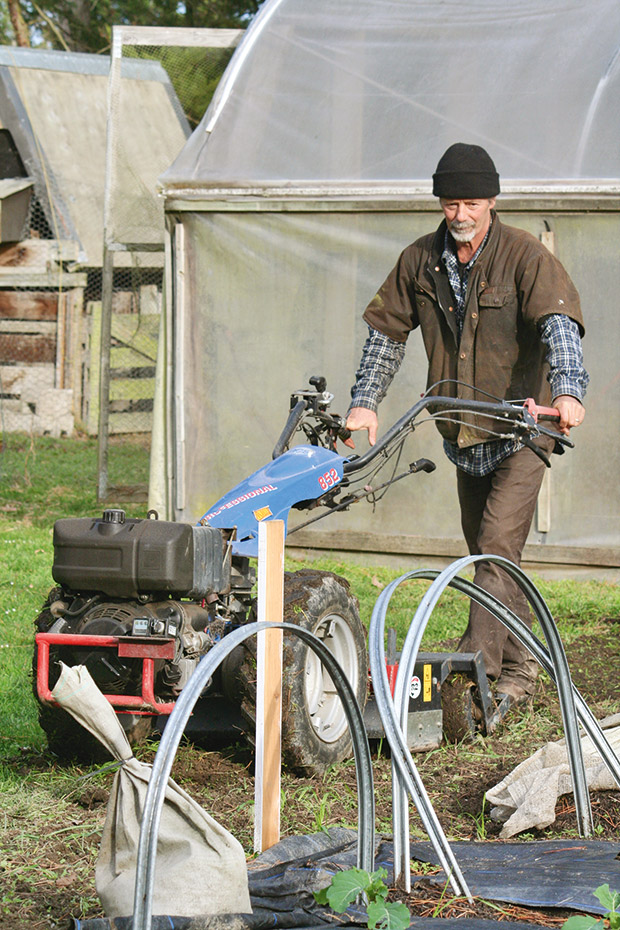 While their block is almost all trees, the couple are continuing to plant more. If they were to start again, Andrew says they would have created much wider shelterbelts instead of just one row, and used more slower-growing trees.

In the early years, the couple used to spray for weed control, particularly around their ornamental plants. As the block has evolved. so has their approach.

“I wish we’d stopped using sprays much sooner,” says Barb. “There are far better ways to do things – mulch, mulch, mulch. Even old bits of carpet around young trees will keep weeds down.”

Confessions of a yuzu grower: The couple who grow the tangy-but-tasty fruit in Horowhenua