Sherlock Holmes provided the brainwave. Although an unlikely hero for a little girl, Vita had embraced the tales James read aloud to her, and been up for games of super sleuths ever since.

So when I suggested to my seven-year-old daughter we pretend to be bird detectives, the transformation was immediate.

Up till then, she’d been crashing along the bush path, calling loudly over her shoulder and whining about my slowness while I fostered bitter thoughts about curly-haired scarecrows. The alleged rare birds I was banging on about clearly enthralled her as much as a sack of old potatoes Vita and friends push Zendo in his wheelchair on Tiritiri Matangi Island.

Being detectives changed everything. Now we crept along the track, stopping frequently to listen and scan our surroundings. As birds appeared, she began to get it, flashing me a grinning thumbs-up as a lime-green kakariki shot off a branch.

We were blasé about the blackbirds and grew nonchalant about the tuis torpedoing past, but the tieke or burnt orange saddlebacks had us standing motionless for tiny eons while the nectar-feeding hihi (stitchbirds) saw my engrossed daughter stalking them with the concentrated attention of a cat. Then we struck gold! Right there, in a tree to our side, a pair of elusive kokako was clambering away.

Back at the hut, other children excitedly relayed news they’d spied on little blue penguins in nesting boxes. Four-year-old Zendo, still wheelchair-bound following his tendon-severing accident, was bursting to share his discovery too.

‘I saw a cracker. It had squashed fruit inside it.’
Yes, another parent validated; that had been served for afternoon tea.

This was why we’d come to Tiritiri Matangi Island; for the magic of birds (not biscuits). And while the presence of our three-family party could’ve been a noisy nightmare for serious ornithologists, our stay was timed to coincide with the two days of the week no ferry visits from nearby Auckland. For three nights, the predator-free bird sanctuary was pretty much ours.

Quietness doesn’t come naturally to children; at least not to our mob of six, aged between seven and four. They effervesced with exuberance as we set off after dark to find kiwi.

‘Sshhhh,’ I said hopefully but it was like asking roosters not to crow and no kiwi were seen on our first night.It was for that reason I slipped out alone the next morning. In hindsight I’d risen too early, slinking from the bunkroom to escape before children stirred. For a long time there were only tui-birds casting exquisite crystalline sculptures of sound into the darkness but gradually, as light percolated through shadows, other species joined in.

When the korimako (bellbirds) came to the party, I quite forgot the biting mosquitoes as a sound like 10,000 pan-pipers transformed the island to an open-aired cathedral. Beneath the stirring chords, low notes of melancholy rang in the dawn as kokako merged with the chorus. 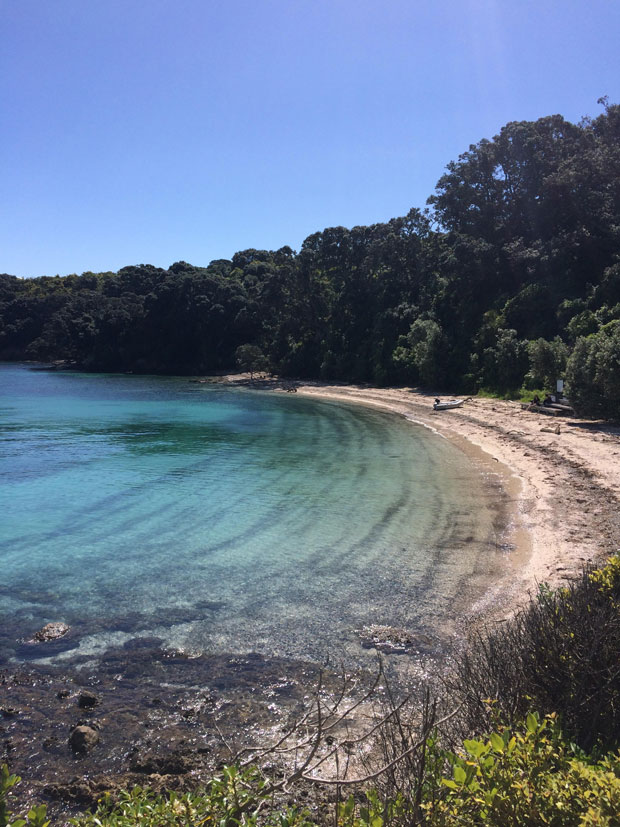 This was the Aotearoa/New Zealand journaled by first colonisers. The land where birdsong was so deafening, you could hear the dawn chorus on ships moored 200-metres offshore. Returning slowly to the hut through bush that was teeming with birds, I finally comprehended just how empty our mainland forests have become.

Every day we feasted our senses on birds. Despite the well-maintained island paths, it was like a trip back in time to flora that was rarely silent or still. Amongst sweet-smelling layers of harakeke and bush, the tuis always appeared first, whirring wings and uttering throaty peals as they rocketed between trees.

Korimako followed suit, dripping nectar-sweet notes. A tuneless tzit-tzit-tzit announced the hihi while down on the ground, flashes of colour marked the presence of laughing tieke. We found cartoon-round robins, shy kakariki, fat roosting kereru, flightless takahe with all the colours of oceans on their backs, and sometimes, when in luck; we tracked kokako with their low mournful notes that echoed like whale-song through the depths of the forest.

In between explorations, the kids romped as a tribe outside the hut, treasure-hunting and taking turns to whirr down the steep grassy slope in Zen’s wheelchair, while we adults relished uninterrupted conversations. In the right sort of company, an island brings closeness as the sea’s arms wrap around.

Once kids had been bedded, James and I found kiwi wandering the night, along with kororā (blue penguins) and pateke (rare brown teal ducks). We encountered other island legends – a sunbathing tuatara cast like a marble statue outside its burrow and, bustling in the hut kitchen; Ray Walter – the last lighthouse keeper of the island who reinvented himself when the government automated New Zealand’s lighthouses. 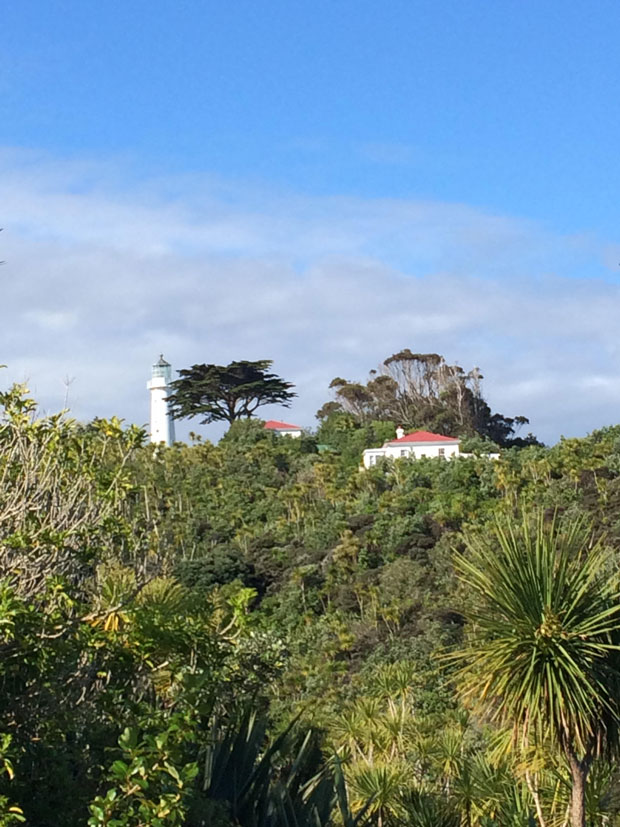 With the help of countless volunteers, he returned Tiri from a largely barren farm to a forest, thanks to both his passion and nursery where more than 280,000 native seedlings were raised and replanted.

Since leaving the island I’ve been haunted. I’d thought our surrounding home-bush was well off; we have kiwi, kereru, kotare, tui, piwakawaka, ruru and tits; but the voids where other native birds used to live seem suddenly glaring, like a night sky extinguished of stars or a playground devoid of children.

The silence is sadness. Joni Mitchell sang ‘you don’t know what you’ve got till it’s gone’ but sometimes you don’t know what’s gone till you see what once was. Tiritiri Matangi is a taonga, showing us what could be again. 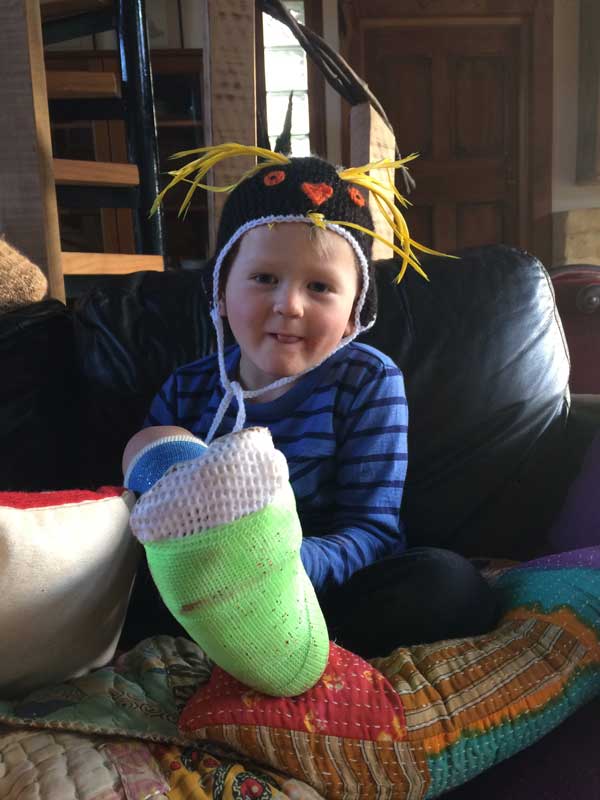 Zendo in his Team Rockhopper hat for Bird of the Year.

Postscript: After our trip away, Zendo returned to Whangarei Hospital where his cast and the wire inserted through his bone were removed. Following eight weeks in a wheelchair, he took some persuading to try and walk again, but after a wobbly beginning, is now back on two feet and it looks like the tendon grafts have been a success. Thank you to all his well-wishers.