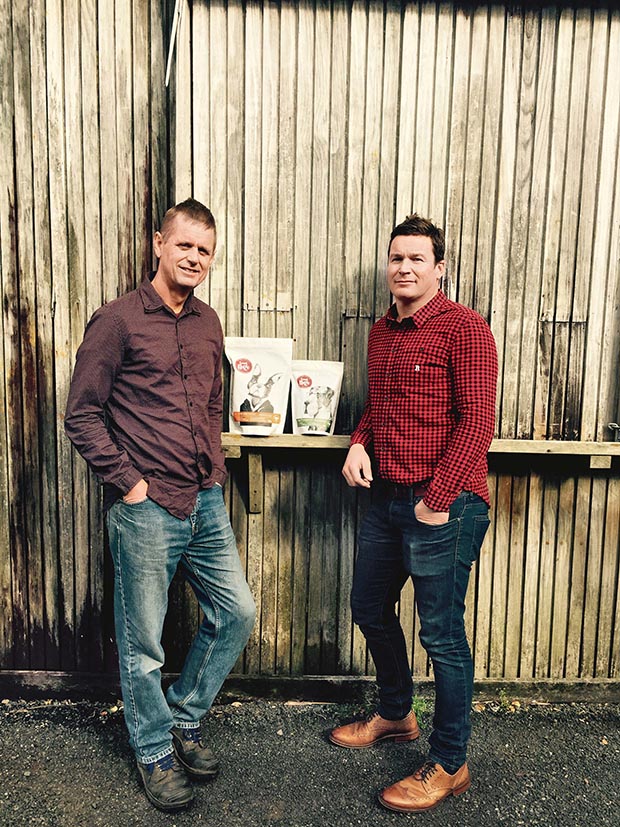 Frank and Dave: Mates with a cause.

Raglan mates Dave Smith and Frank Bellerby thought they had bitten off more than they could chew when they launched themselves into the pet food business two years ago. They knew they had a good idea, but bringing it to market proved problematic.

The idea was to produce a range of upmarket pet cuisine to meet the growing demands of pet owners worldwide – especially millennials – for pet food on a par with human food. The men researched the global pet food market and worked with the Ministry of Business, Innovation and Employment to identify gaps and forecast trends. They settled on freeze-dried fresh meat, which maintained the nutrient levels without handling problems.

Initially they chose possum as a key ingredient – high levels of omega 3 and fatty acids, plus the environmental benefits of removing a pest, which they regarded a marketing plus. “We built our business plan around it,” says Dave. But they couldn’t find a reliable supplier. Strategy recalibrated, they went for a mix of fresh lamb, chicken and wild honey. They named the product Good Noze. 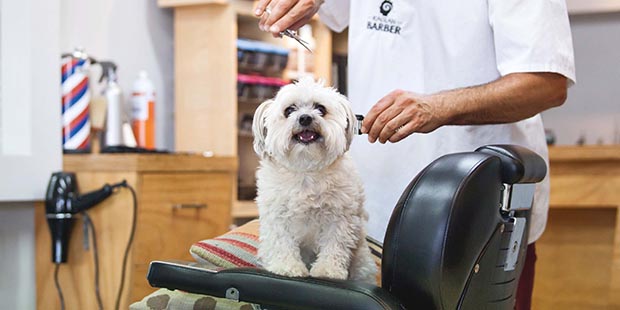 The men brought different skills to their business. Frank is an animal feed specialist, so he focused on giving customers – the dogs and cats – a product they liked. Dave, who owns the Raglan Chronicle, turned his attention to marketing. That’s where they met their second hiccup: finding manufacturing and packaging companies that could produce initial low-volume runs at a price they could afford.

“We were comically upbeat. We thought we could achieve world domination on a shoestring budget,” says Dave. There were some sleepless nights. He also says they were complete “muppets” as multitaskers.

“We had to restructure our other businesses to free up more time.”

Two things helped turn the corner: They attended the New Zealand Pet Food Association conference where they sat next to a Waikato couple with a food manufacturing business prepared to do sample runs for testing; and they chose stick-on labels for the packaging – more labour-intensive, but less costly.

Good Noze was launched early this year, and is stocked in New World supermarkets, vet clinics and upmarket food stores. ELEVATOR PITCH
Good Noze is premium 100 per cent natural pet food using the best New Zealand ingredients. From the art studio to the farm and the manufacturing plant, it has deep New Zealand roots.

TAILWINDS
The men commissioned local artists and designers for the product labels and the website. Dave says the Raglan community is extraordinarily generous.

“When we needed help to paste labels on bags, we put a note on Facebook and cars streamed up the driveway with people wishing to lend a hand.”

HEADWINDS
The unit cost for small manufacturing runs of the product and packaging was prohibitive for a start-up. “Our pockets weren’t deep.” They weren’t prepared to compromise on ingredients, which was their point of difference, so they had to look at other ways to save costs. They have financed the venture independently through their respective businesses, but will secure more investment as the business expands.

WHAT NEXT?
Expansion into the export market, particularly Asia, is planned for next year. They aim to produce 20 tonnes per month for the New Zealand market and export double that within the next five years.

40+ things that are poisonous to your dog